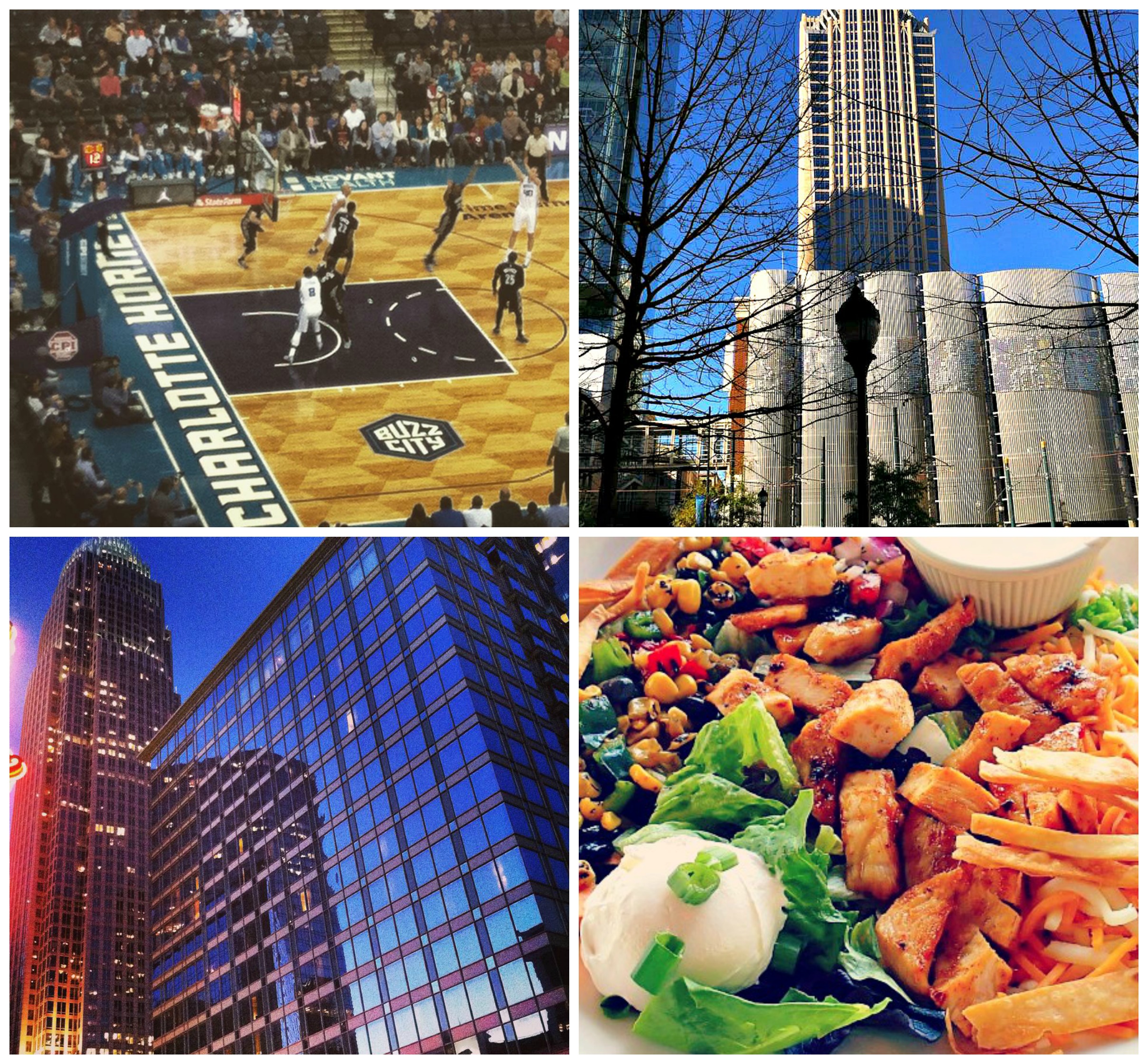 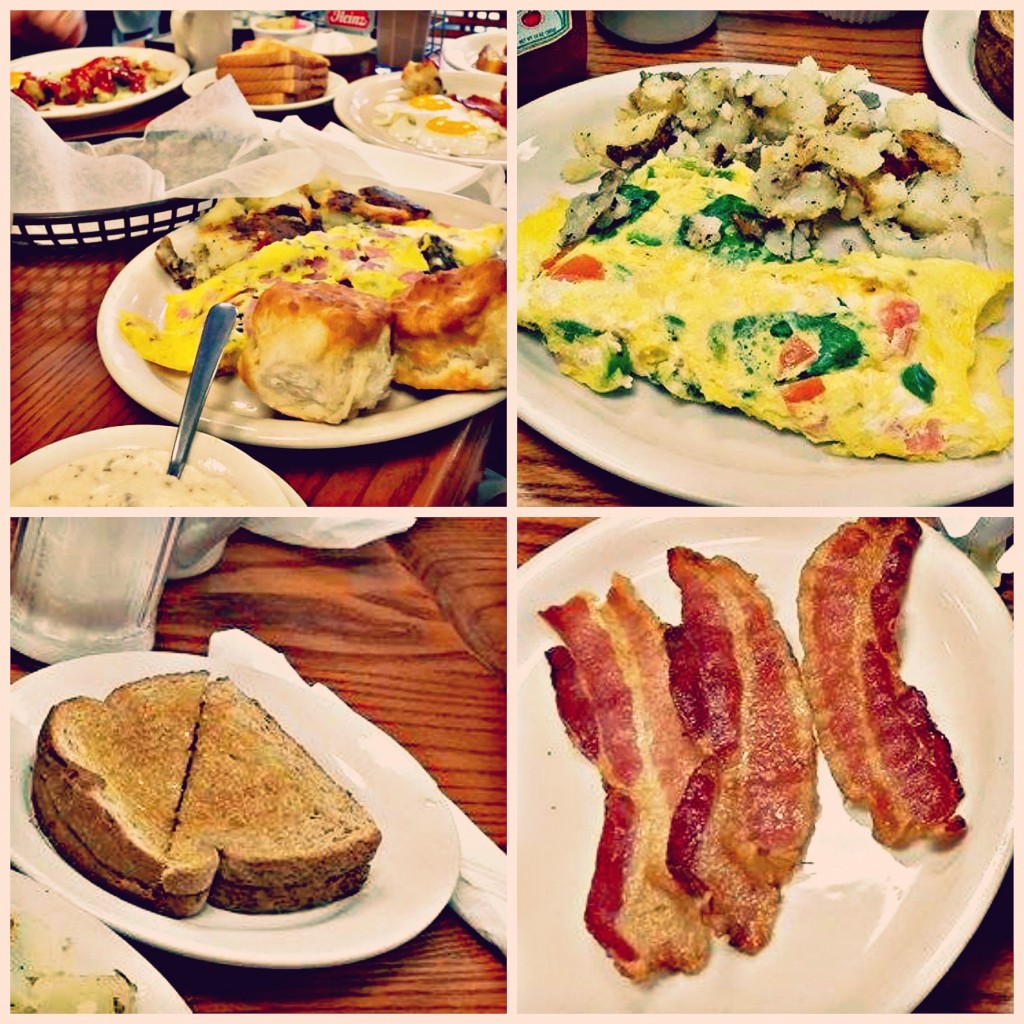 Even though I didn’t get any sleep on Saturday, I still had a great Sunday. You all know how worried I was about Mr. Grumples and how little sleep I got in the past couple of days, but he was finally feeling better on Sunday. He was keeping everything down, his bathroom issues were getting better, and his medications were finally kicking in. The probiotics that were injected on Saturday seemed to be a big help.

Even though I was up all night on Saturday,  I still forced myself to wake up after a couple hours of sleep for Church Sunday morning. I could have easily just slept the day away, but I owed my Sunday to God after all the prayers for Mr. Grumples were answered.

After church, I went out to breakfast with Nick’s family and we tried out this new breakfast cafe in Fort Mill. I ordered the omelet, home fries (potatoes), bacon and toast. My omelet had onion, cheese, peppers, and spinach. It was a pretty good place! Stacks was too far away and I didn’t want to leave Grumples by himself too long. 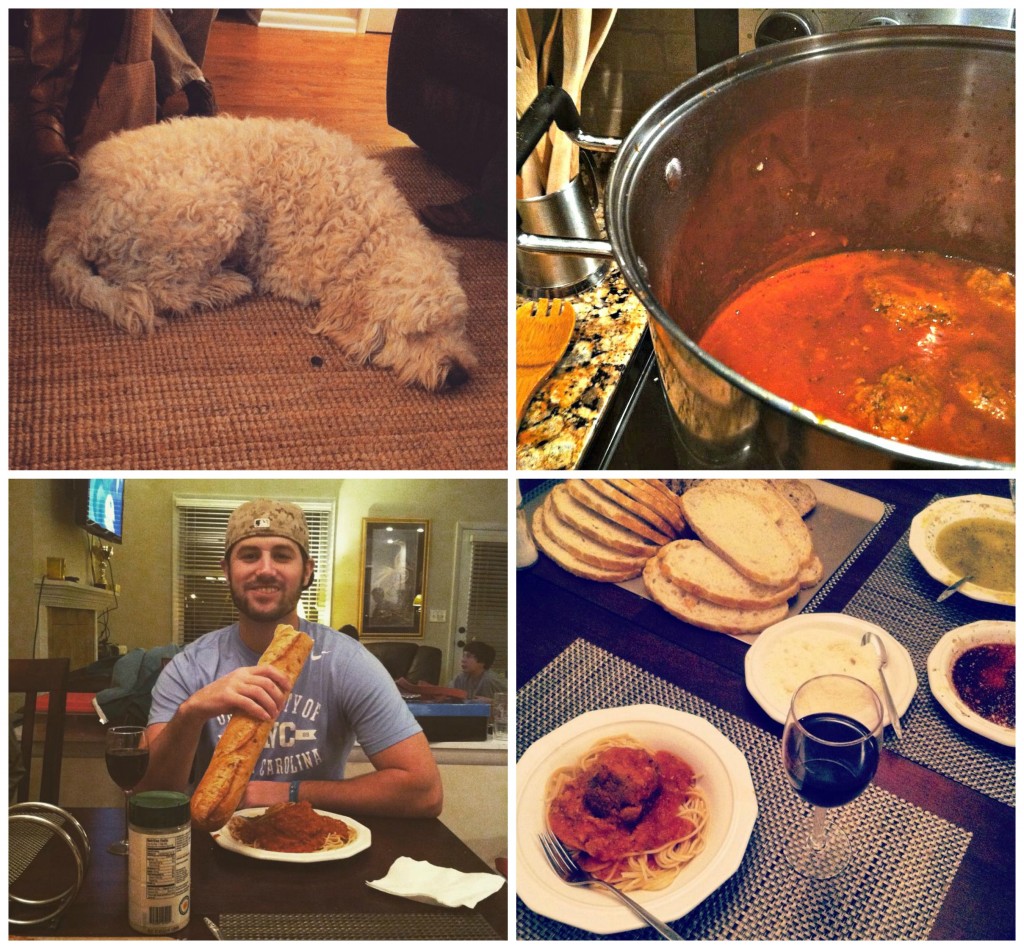 Nick was throwing a playoff party at his place and I wasn’t sure if I wanted to go or not because of Grumples. But Grumples seemed to be doing really well and so I decided to head over there. Before that, I stopped at Nick’s parents to grab their cone pillow to put around Grumples neck so he would stop licking his back.

Grumples was so relaxed and slept in the middle of all of us. I was happy that he was finally getting some sleep. Coffee was keeping me alive Sunday. Three hours of sleep in two days is not a great look for me. Nick was cooking homemade spaghetti and meatballs for everyone and it smelled so good. I am going to miss football Sundays next month, but I’ll probably eat so much healthier when it’s over with! 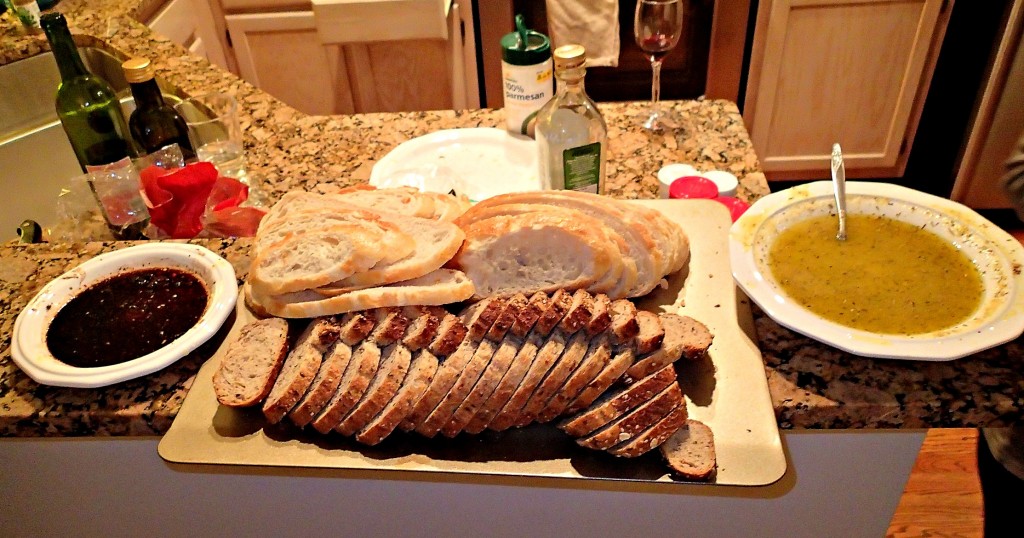 While Nick was cooking, I put out some bread and made a dipping oil for it. I decided to experiment and flavor the olive oil instead of serving it plain. I’m not kidding you, or trying to brag, (well maybe a little) but that dipping sauce was bomb! Everyone was eating it up so fast. I had to make about three bowls of it and us girls had to run up to the store to pick up more bread. I toasted the bread lightly and then dipped the bread in the oil and then the balsamic. 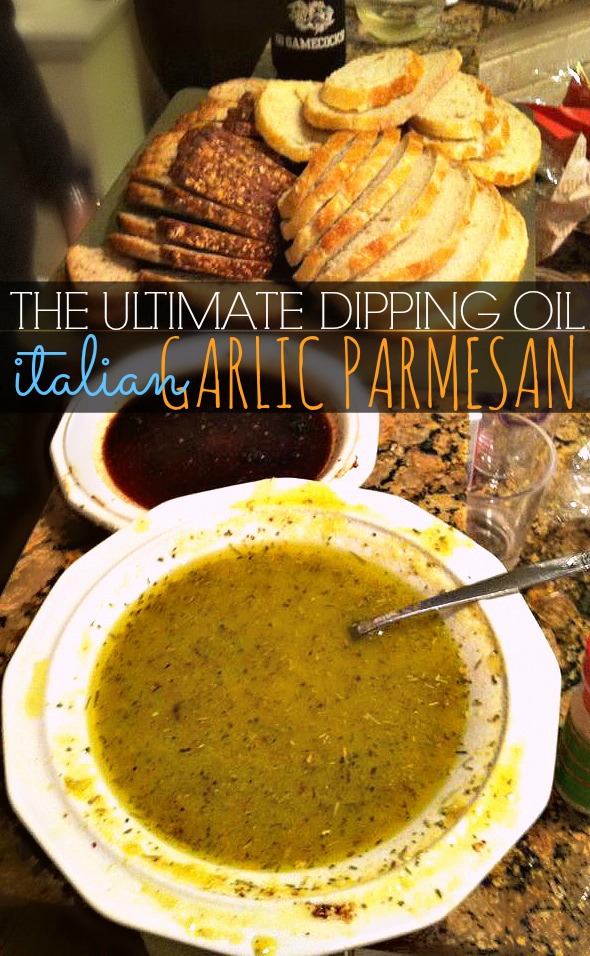 This won’t be the last time I make this!

I didn’t measure anything so if you plan on making this, you’ll have to go by the power of your tastebuds. 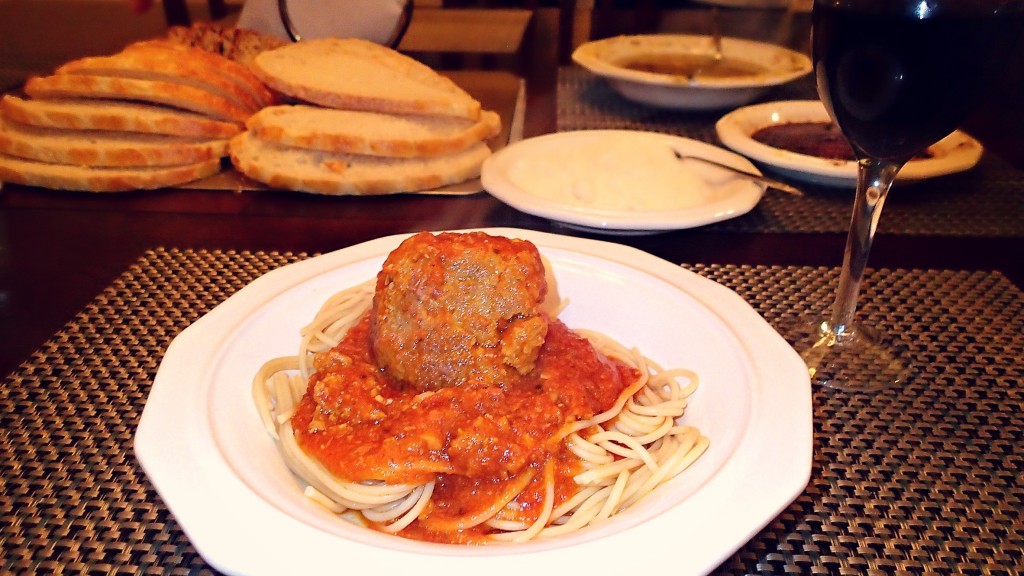 The best part of the meal was obviously Nick’s spaghetti and meatballs. He makes the meatballs the size of baseballs. They were soooooooooo good! If I had the power of not feeling full, I would have had like ten bowls! This is his family’s recipe and it’s incredible. All of us sat around the table and enjoyed dinner. I felt like I was in Italy:)

After dinner, I was ready to pass out. I walked Grumples, watched the rest of the football game, and then headed straight upstairs to sleep. 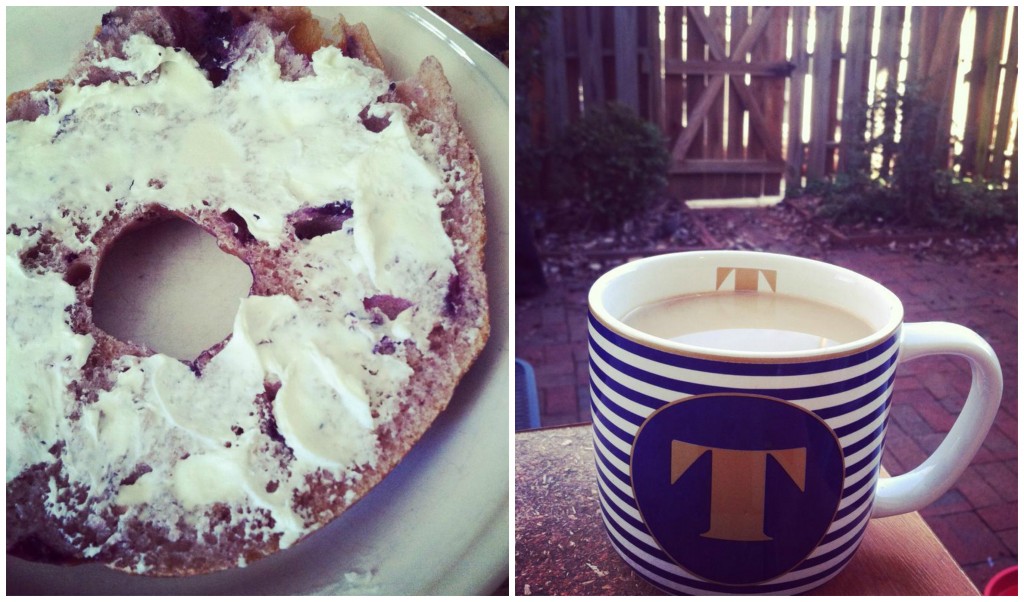 Ive never slept better in my entire life. I woke up once to go get Grumples some water, but that was it. I woke up at ten, which is rare. I’m a seven am kind of person. We were all drinking wine last night and so we all passed out at Nicks. Nick had is little brother stay this weekend too. His parents headed over early morning with Panera bagels for us and I had coffee and a blueberry bagel. I thought it was cute that they missed their son and bringing us bagels was an excuse to see him 😉

After breakfast, I went on a walk with Grumples and then MC and I went to the mall to get Hornets shirts for the game. I didn’t end up getting a Hornets shirt. Instead, I left the mall with four new H&M shirts. That always happens to me. 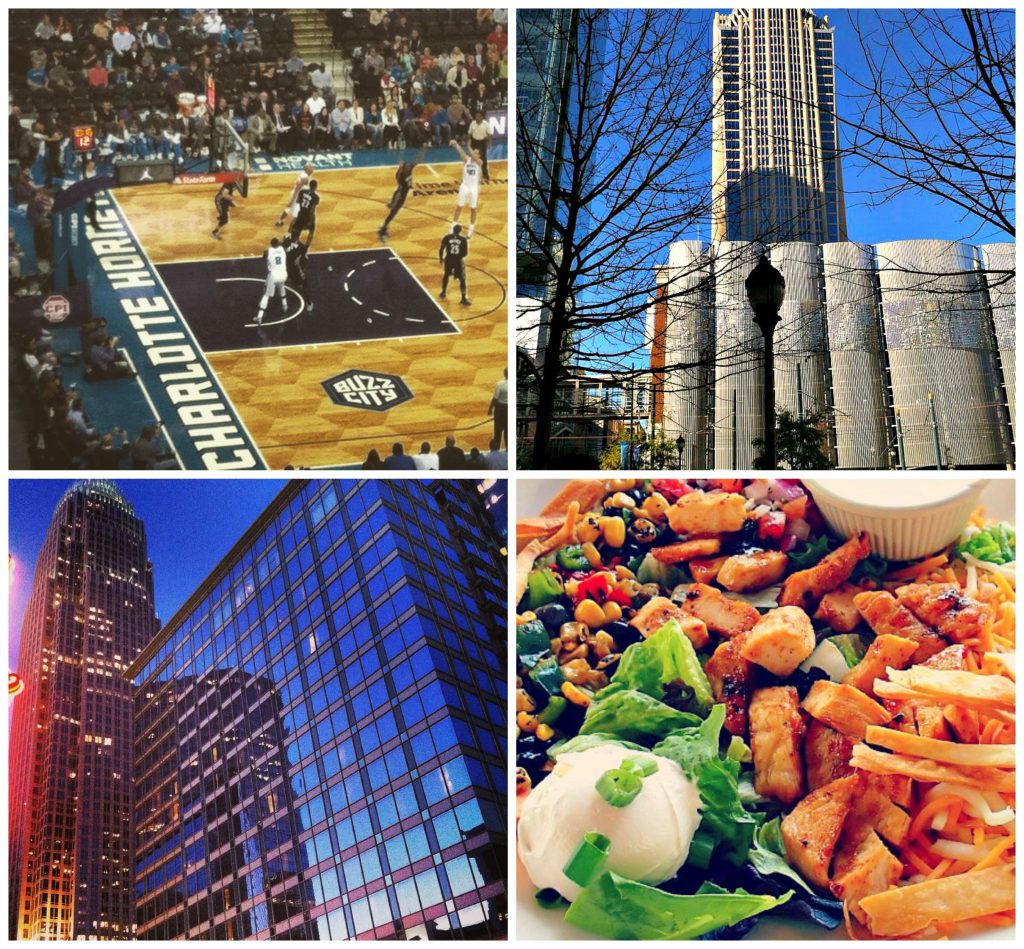 At two, we all went to the Hornets vs. Timberwolves game uptown. I’ve gone to so many Hornets games this year because Nick is a season ticket holder and he brings me. I love the games! They did a nice halftime show in honor of DMLKJ, which was cool.  It was 65 degrees in Charlotte today and the city was gorgeous. It felt amazing to be outside for once.

After the game, the eight of us went to Wild Wings Cafe for dinner. I ordered their fiesta fajita salad and a side of sweet potato fries. Tonight, I am making brownies, drinking coffee and watching The Bachelor!

I can honestly say it’s been a great Monday! After the Bachelor, I am going to curl in bed and catch up on more sleep!

It's been a weekend!