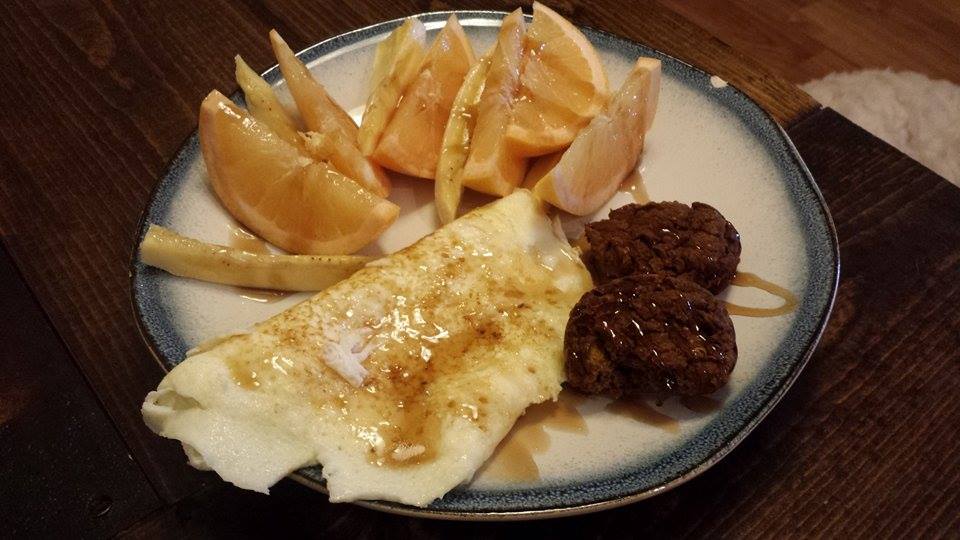 Yesterday was one of those days where you just go “WHAT NEXT?”

I woke up yesterday and made a great breakfast, crustless pumpkin pies (because i’m already itching for fall) an egg white omelet, and grapefruit. I hopped on the couch with my coffee getting ready to blog and all of a sudden my mac starts going grey and it won’t start. I took it over to the Mac store. Going to the Mac store always puts me in a bad mood. I’m horrible with lines and will never understand why a Mac store would be busy at 10 am on Saturday morning. Plus, I drove ten miles to get there only for them to tell me to come back at 3 for the appointment. 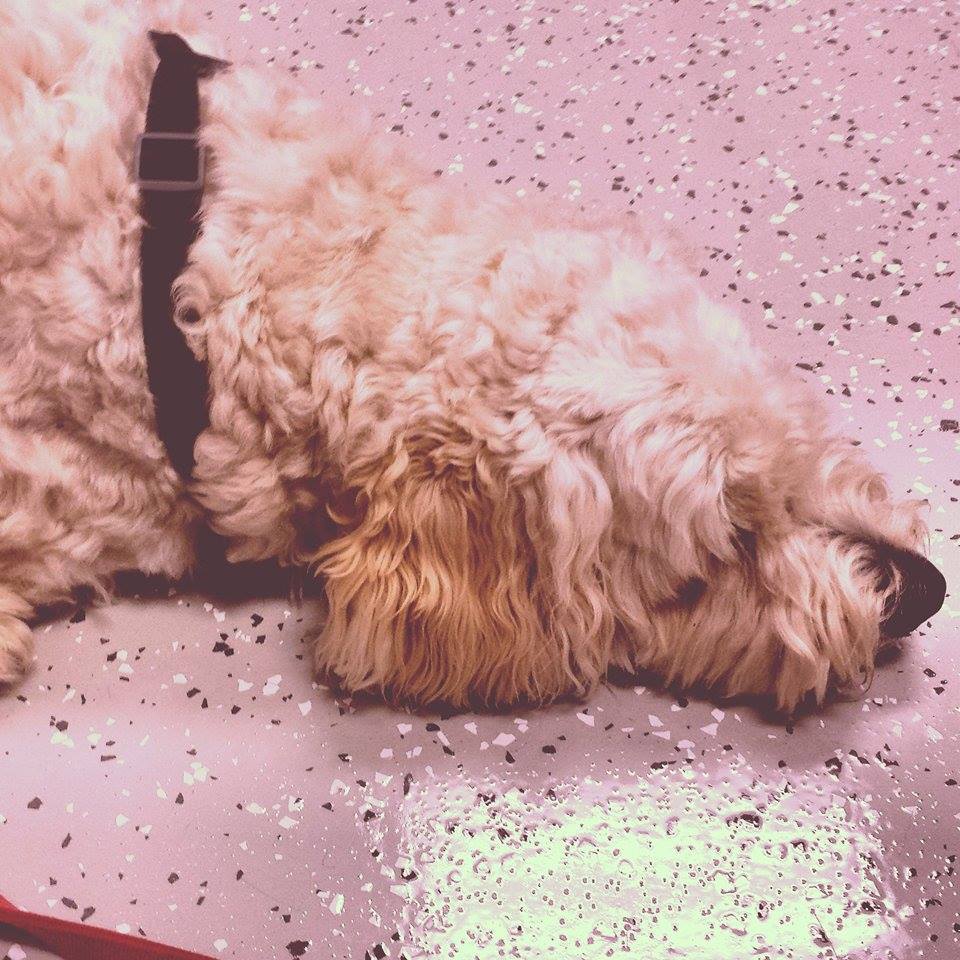 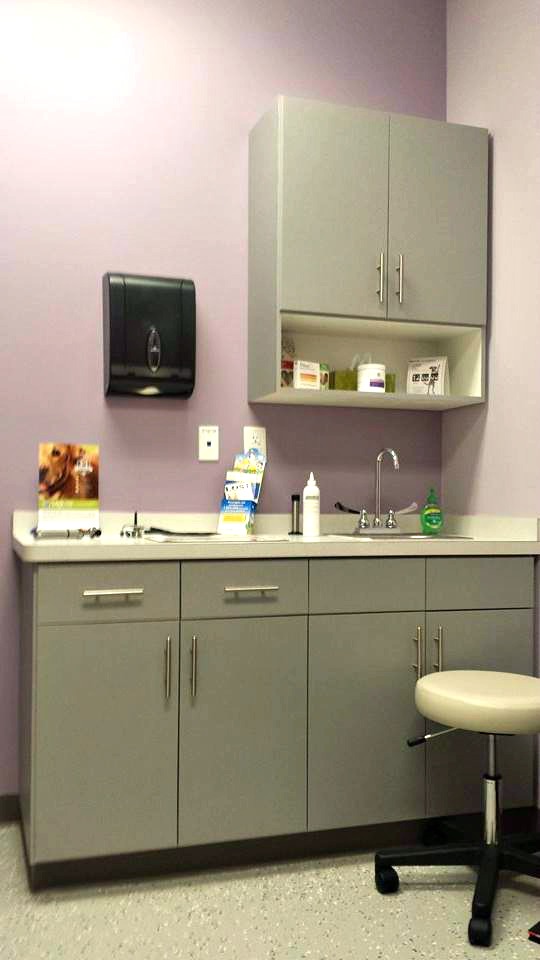 I drove all the way back home and noticed Grumples scratching at his ear vigorously. He is very prone to ear infections, so I had to rush him over to the vet before they closed for the weekend. It was pretty bad. Poor baby had his year bleeding and full of build up. It ended up being a yeast bacteria infection with a couple hot spots around it from him scratching. The thing with floppy eared dogs is that they get ear infections easily because of the moisture. Even though we clean his ears out every other day, he still gets them.

After rushing him home, I raced back to the Apple Store, waited 30 minutes for someone to help me (no point in having an appointment) and then ONLY TO FIND OUT that my computer had crashed and everything on it was erased with no explanation. They had to restore it which would take several hours. So I had to leave again, run around town doing more errands, and then go back to get it. Going to Lowes topped it off. That places just gives me a bad vibe, maybe it’s all the testosterone.

After all the errands, I went back to Mac, had to wait another 30 minutes to just pick up the computer. 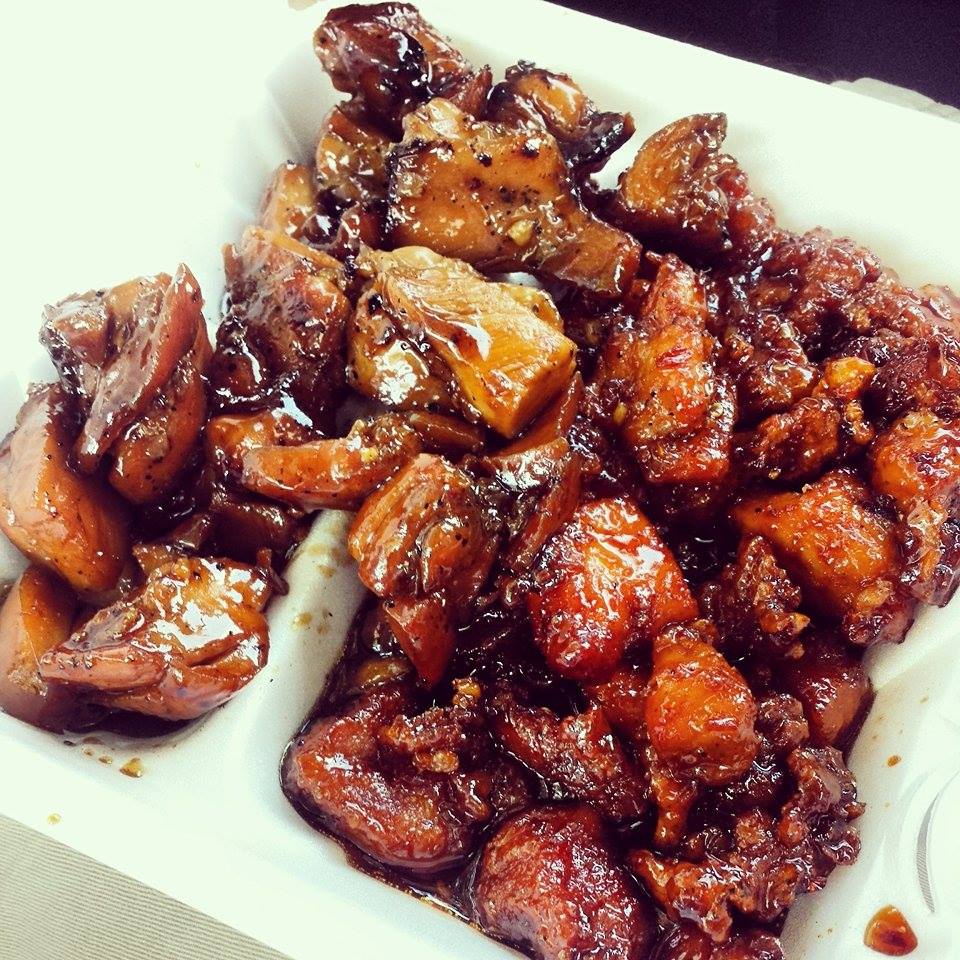 The worst part? I was starving while doing all of this, and the lady at the food court handed me a sample and all willpower dissapeared. I bought the darn Mongolian chicken and bourbon chicken. We weren’t going to dinner until last, so I had a couple pieces and tucked it away in the refrigerator. It’s killing me that it’s still there. That stuff is so bad for you but too delicious to turn down. 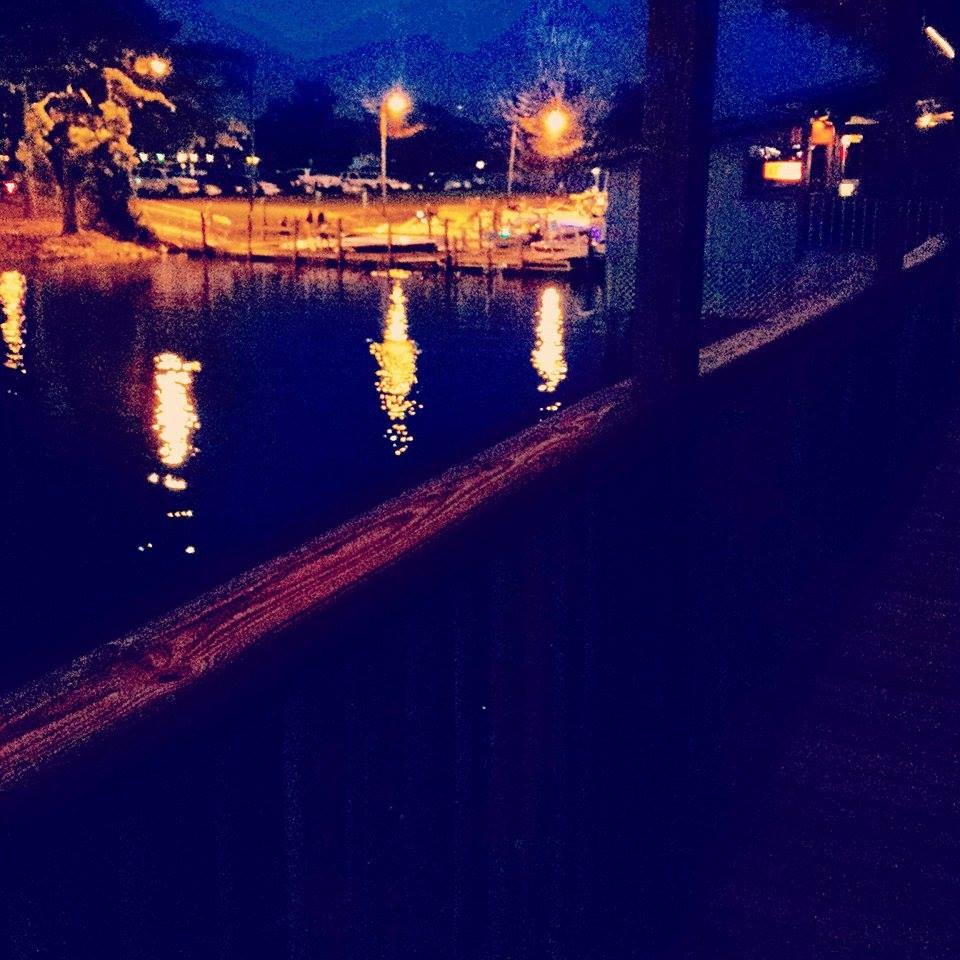 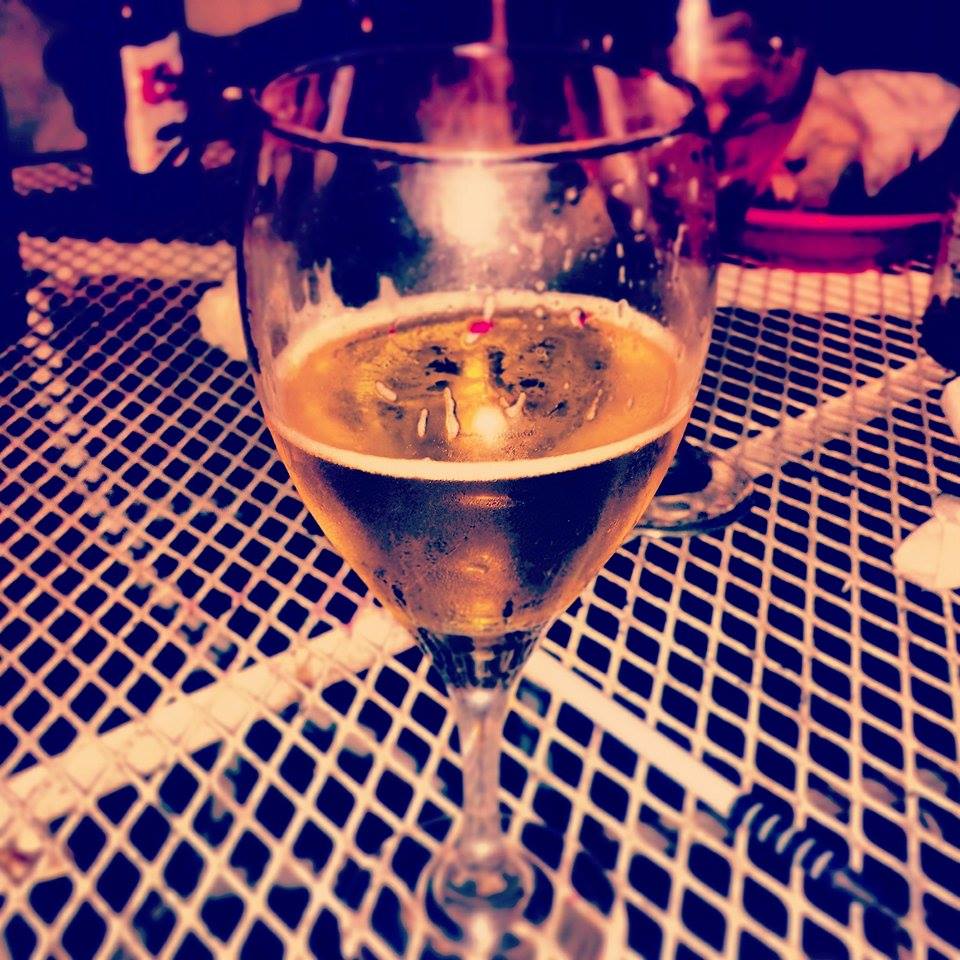 We got to T-bones around 8:30 for dinner on the lake. Judge me all you want, but at that point I needed a drink. 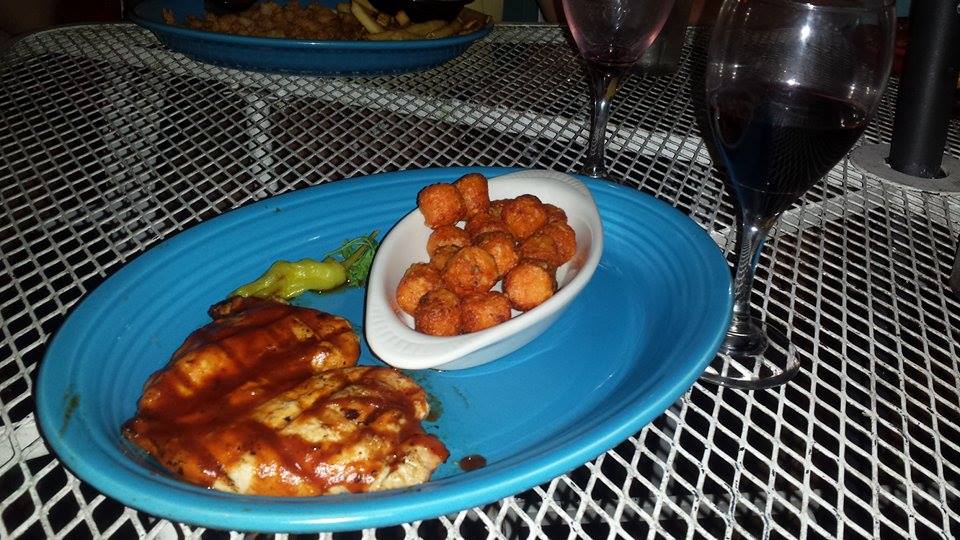 For dinner, I ordered the grilled chicken with bbq sauce and sweet potato tots. 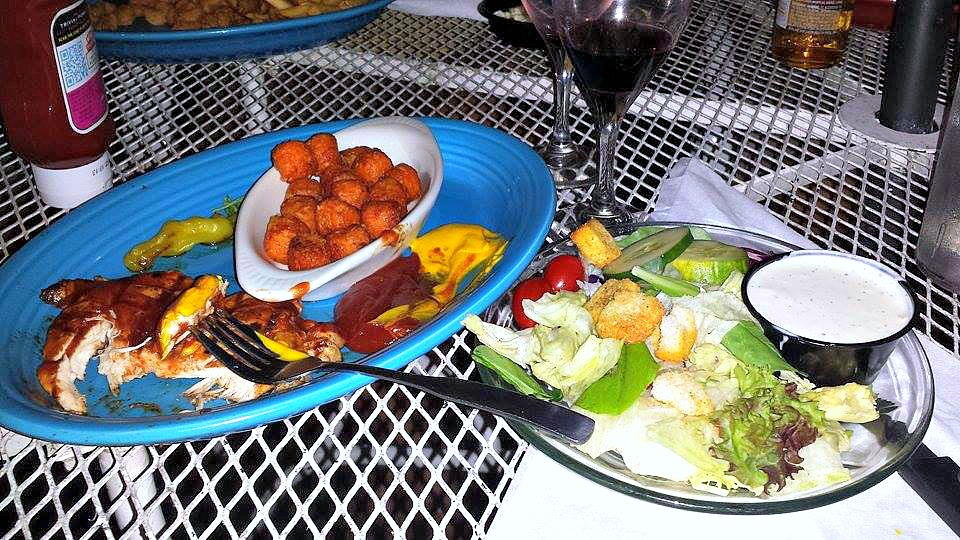 I also ordered a side salad. The food was pretty good, but the best part about T-bones is the lake and atmosphere.

I hope you are all enjoying your Sunday. Today’s events definitely made up for yesterday’s craziness. (you know I’ll be blogging about it later!) 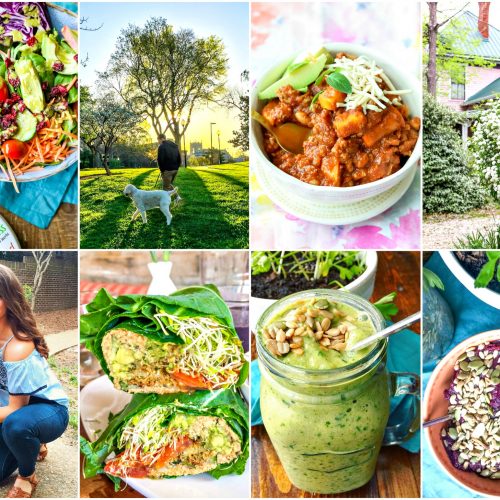 Blossoms in the City, Healthy Eats, & a Good Weekend🌸 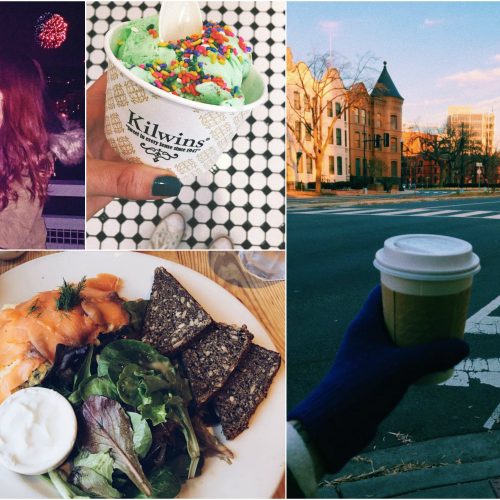 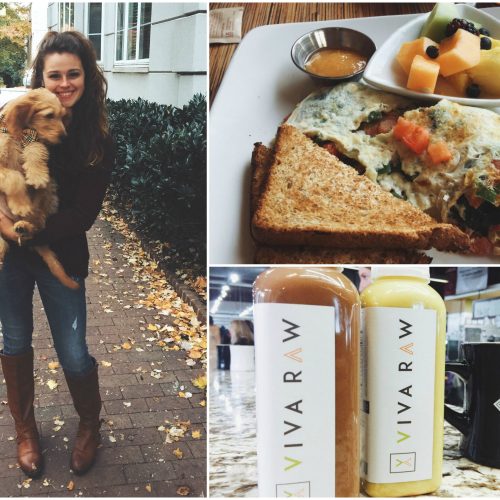