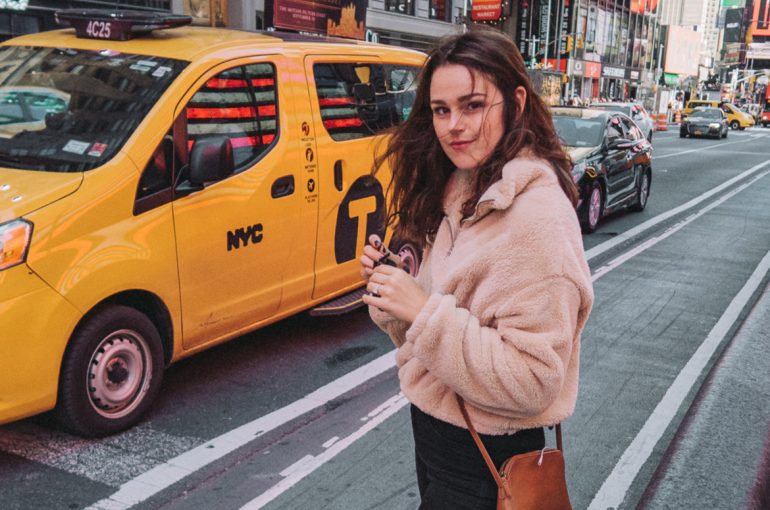 We Flew to NYC for 24-Hours to See Mean Girls on Broadway! + Giveaway!

I hope you all had a great Monday! I’m hopping on here a bit late, but I feel like there aren’t enough hours in the day. Lately, it’s been hard keeping up, but I’m still here! This past weekend, Becca and I flew to NYC for 24-hours to see Mean Girls on Broadway! Although we were running on a few hours of sleep, we had a blast. Like all of our trips, we grabbed a coffee, took tons of photos, and explored the gorgeous neighborhoods in NYC. It’s hard to experience New York City in 24-hours because there is so much to see and do, but we did our best. This was Becca’s first time in the city, so we made sure to walk around Central Park, SoHo, Greenwich Village, and Timesquare. I’ll link my other NYC trips at the bottom just in case you’re planning a trip there. (we also filmed a vlog!) 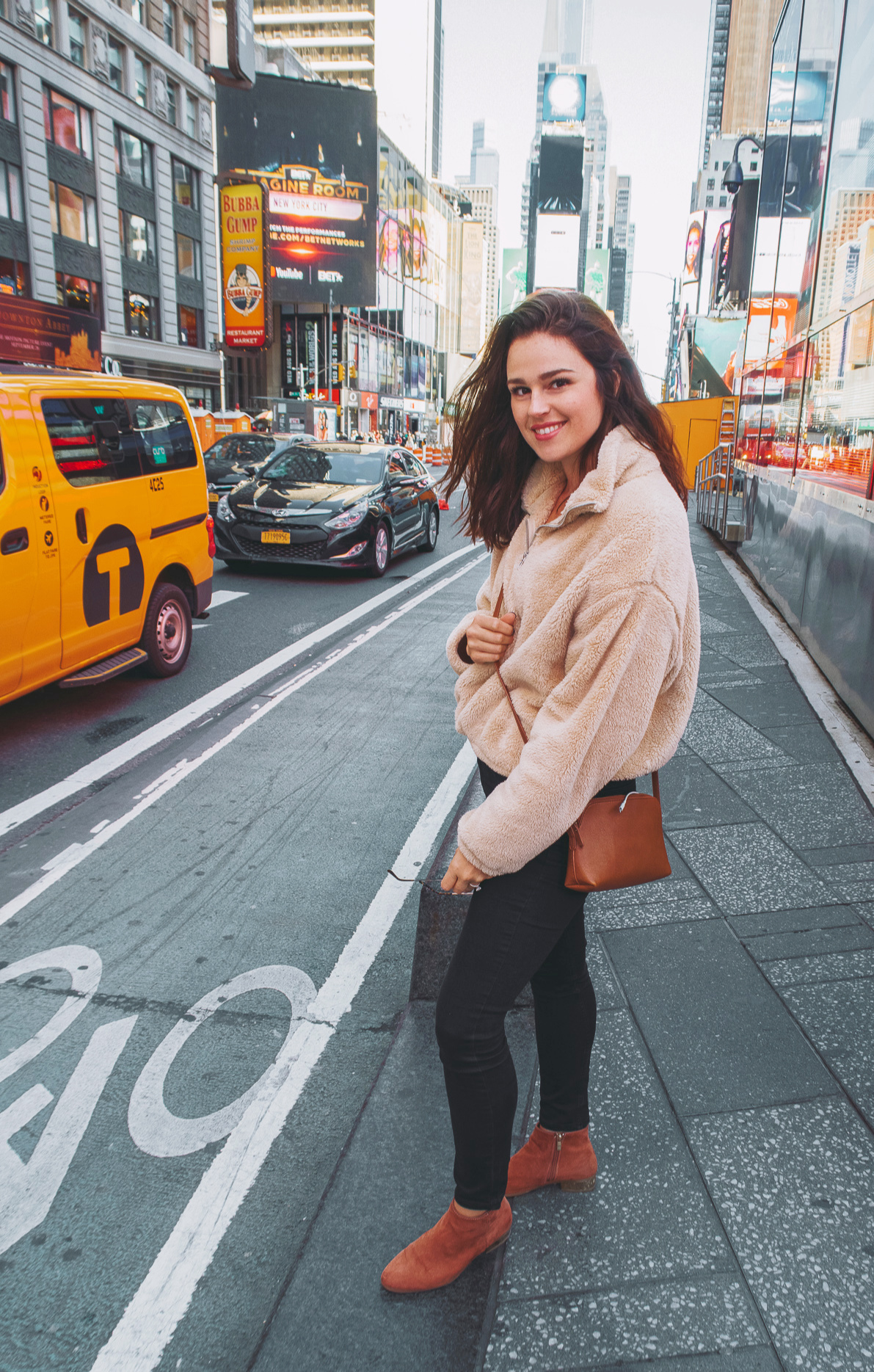 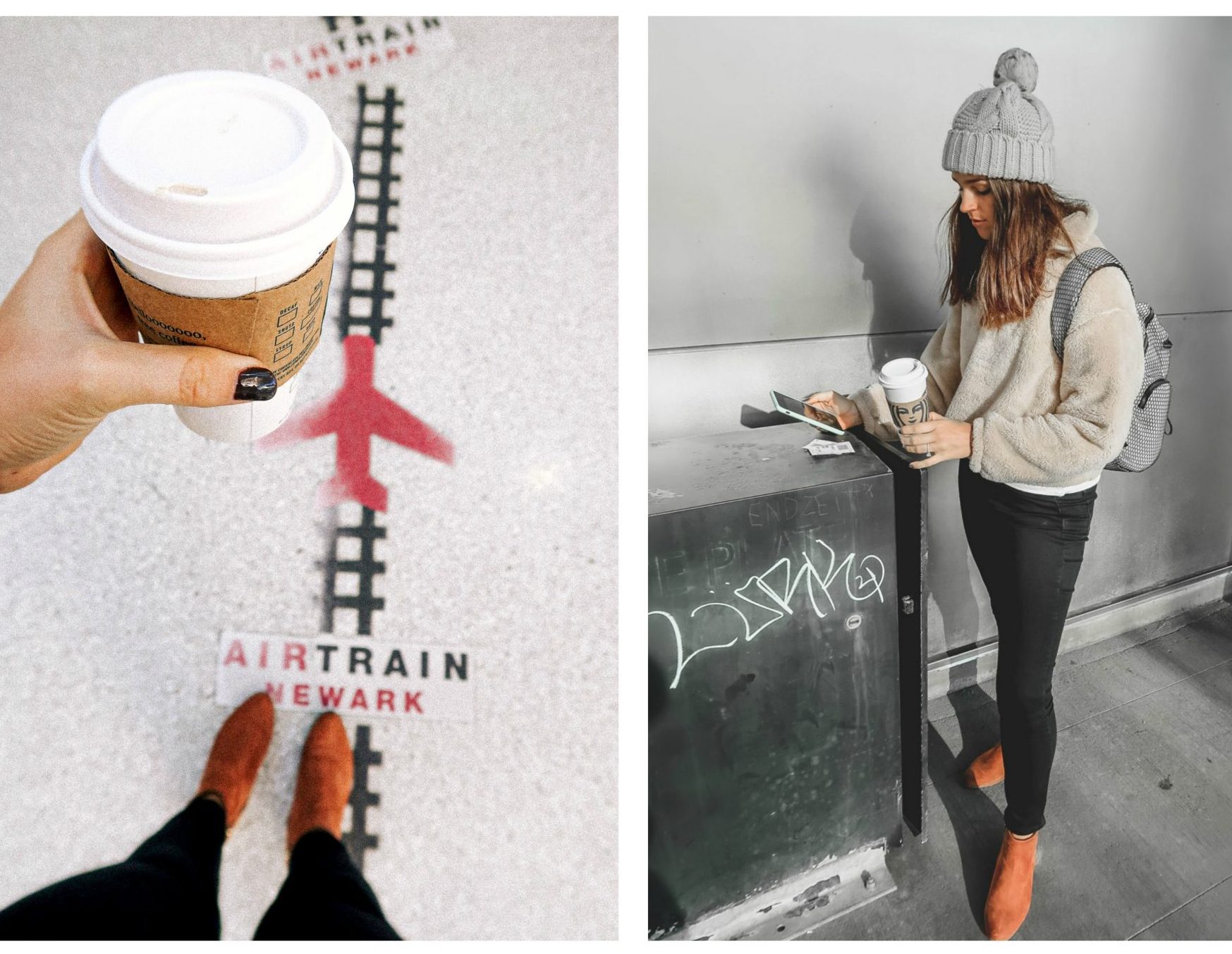 We needed to be at the airport at 3:30 am because our flight was boarding at 5:00 am. I instantly regretted booking a flight that early when I woke up. I wanted to craw back into the warm blankets and fall back asleep. Becca didn’t feel the same; she was already downstairs at 2 am drinking coffee.

We landed in Newark at 7:30 am, grabbed a coffee, and hopped on the train heading to Penn Station. 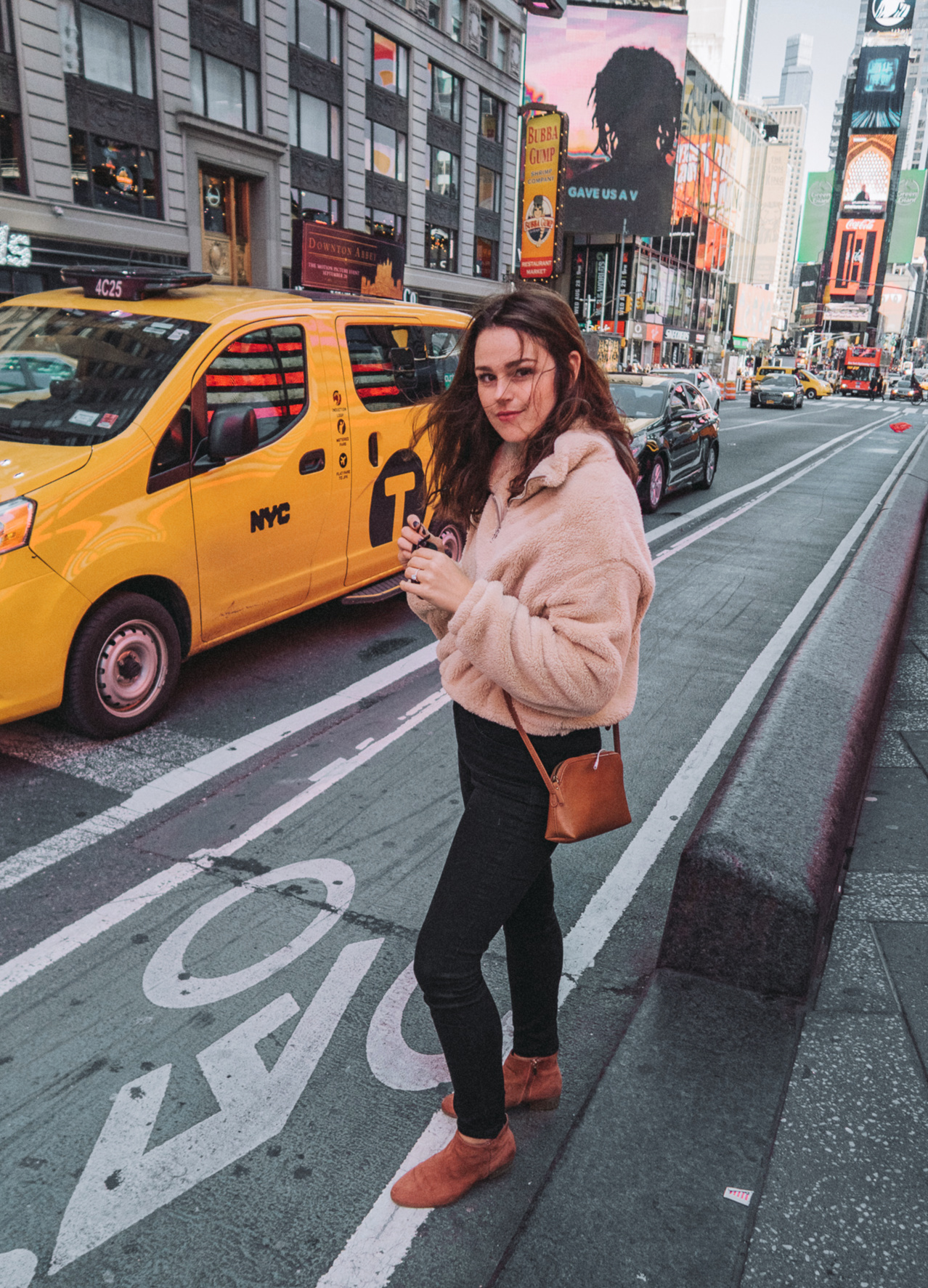 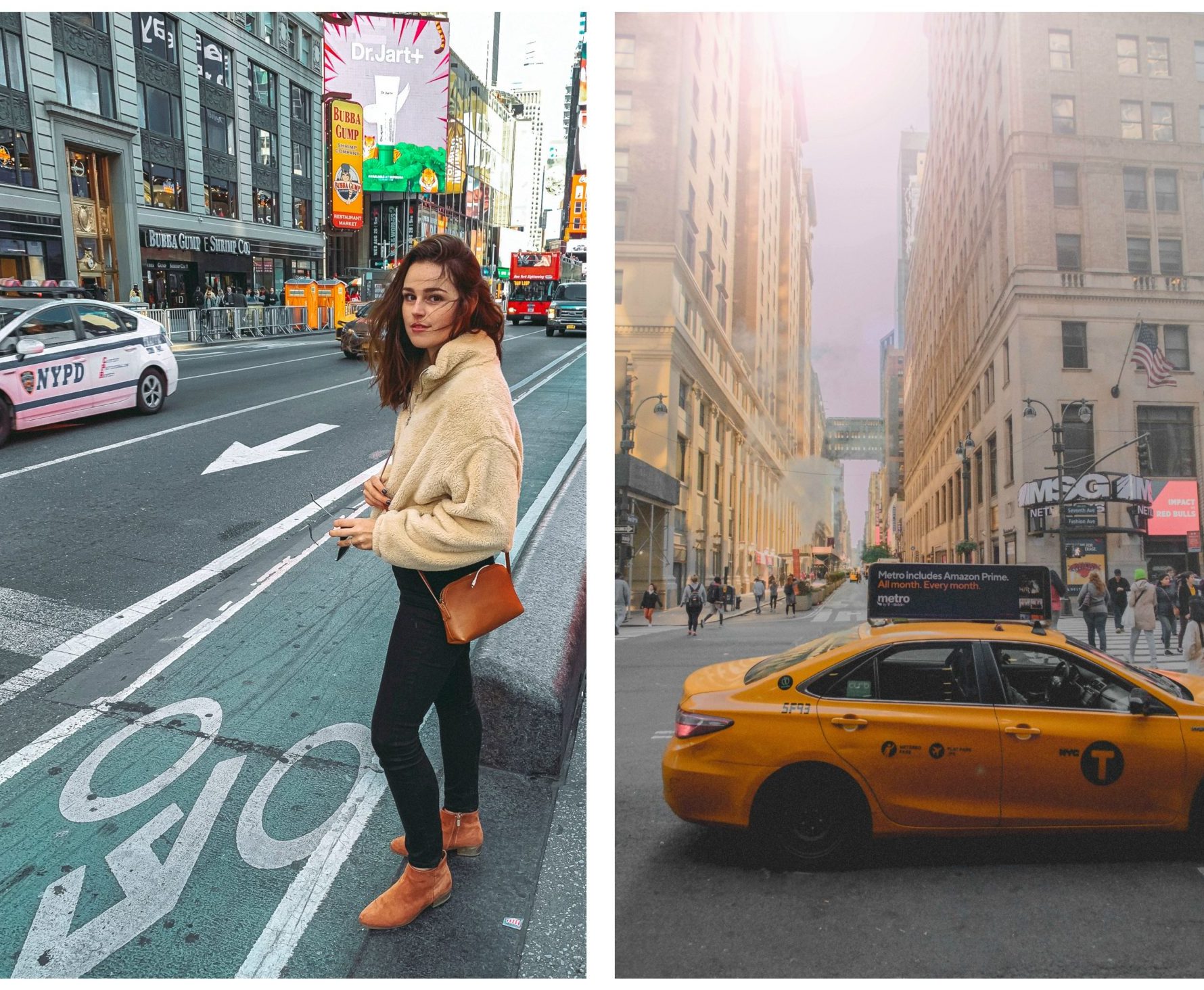 New York was chilly compared to the 100-degree weather we’ve been having down south. It felt nice being able to wear jeans and a cozy sweater while exploring the city. Since we only brought backpacks, I wore something I could transform into another outfit for the show. I was proud of myself because this is the first time I’ve ever traveled anywhere with only a backpack. I need to start doing it more because it keeps me from shopping. 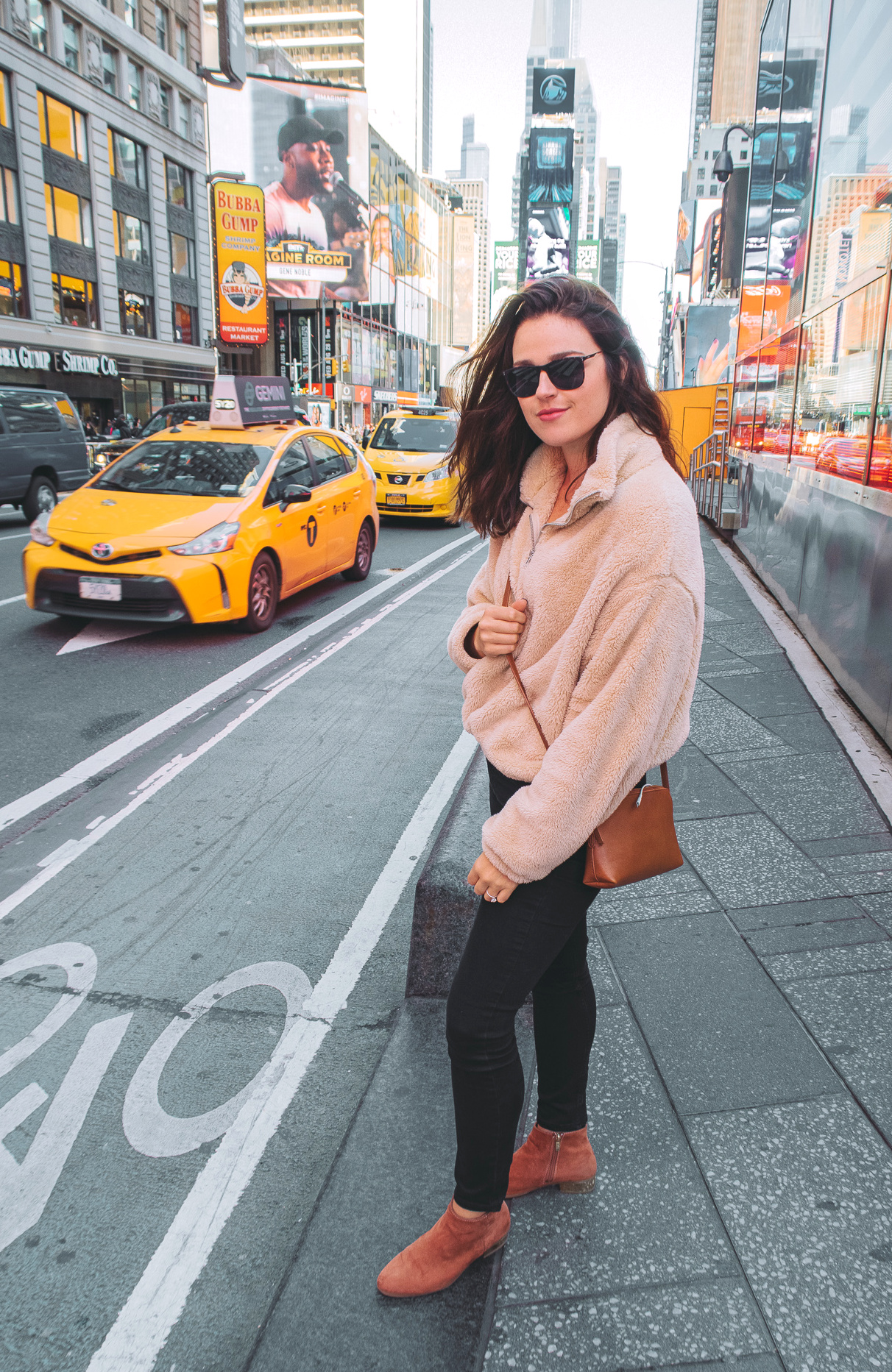 We stopped into our hotel to drop our bags off and then set out to explore all the shops around Times Square, saw Radio City, and a few other popular spots. Being in New York City is such a crazy feeling. When you grow up in a small town, NYC is overwhelming, but in a good way. I grew up seeing it all over my favorite shows and movies, and each time I visit, It’s just as exciting as the first. 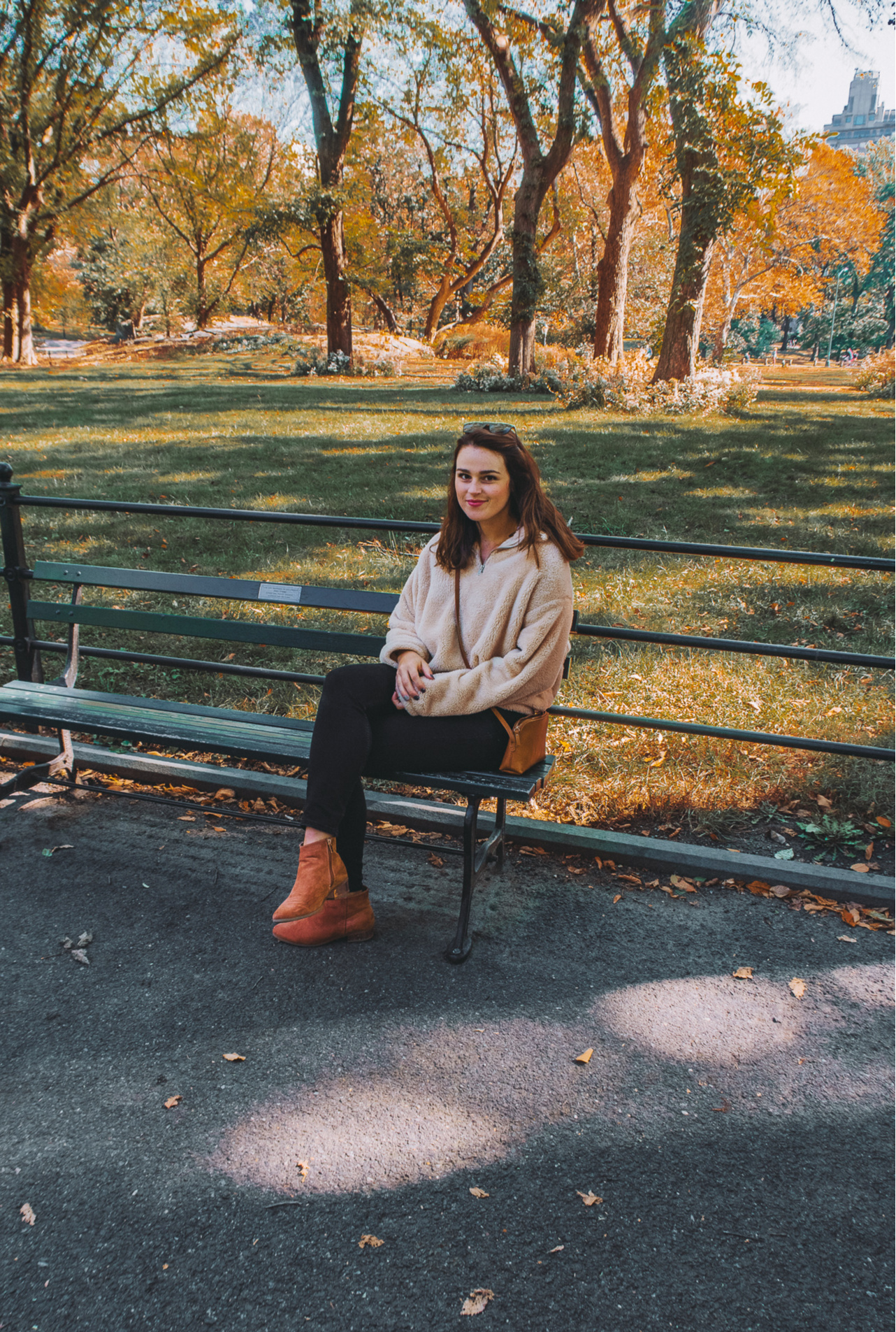 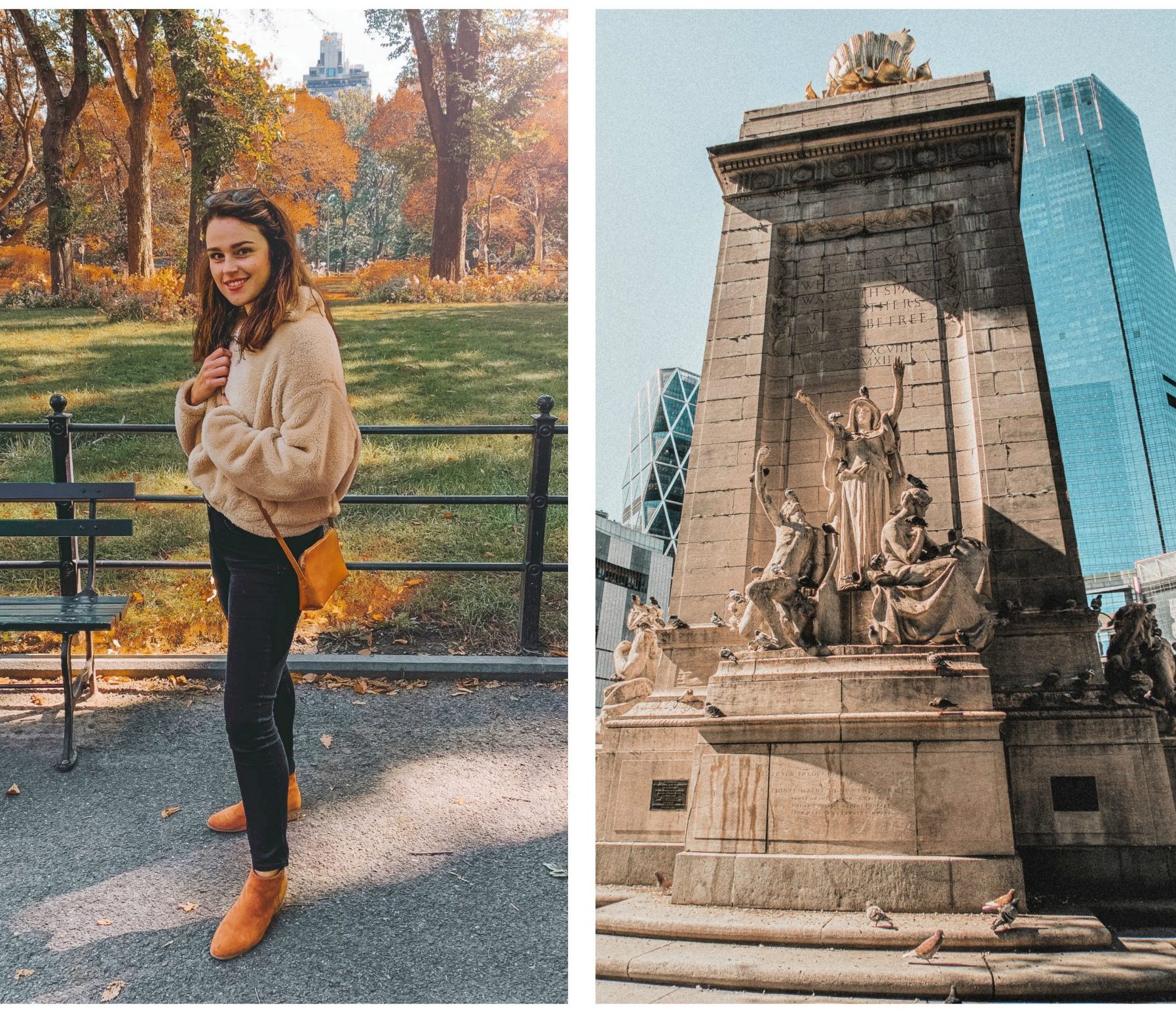 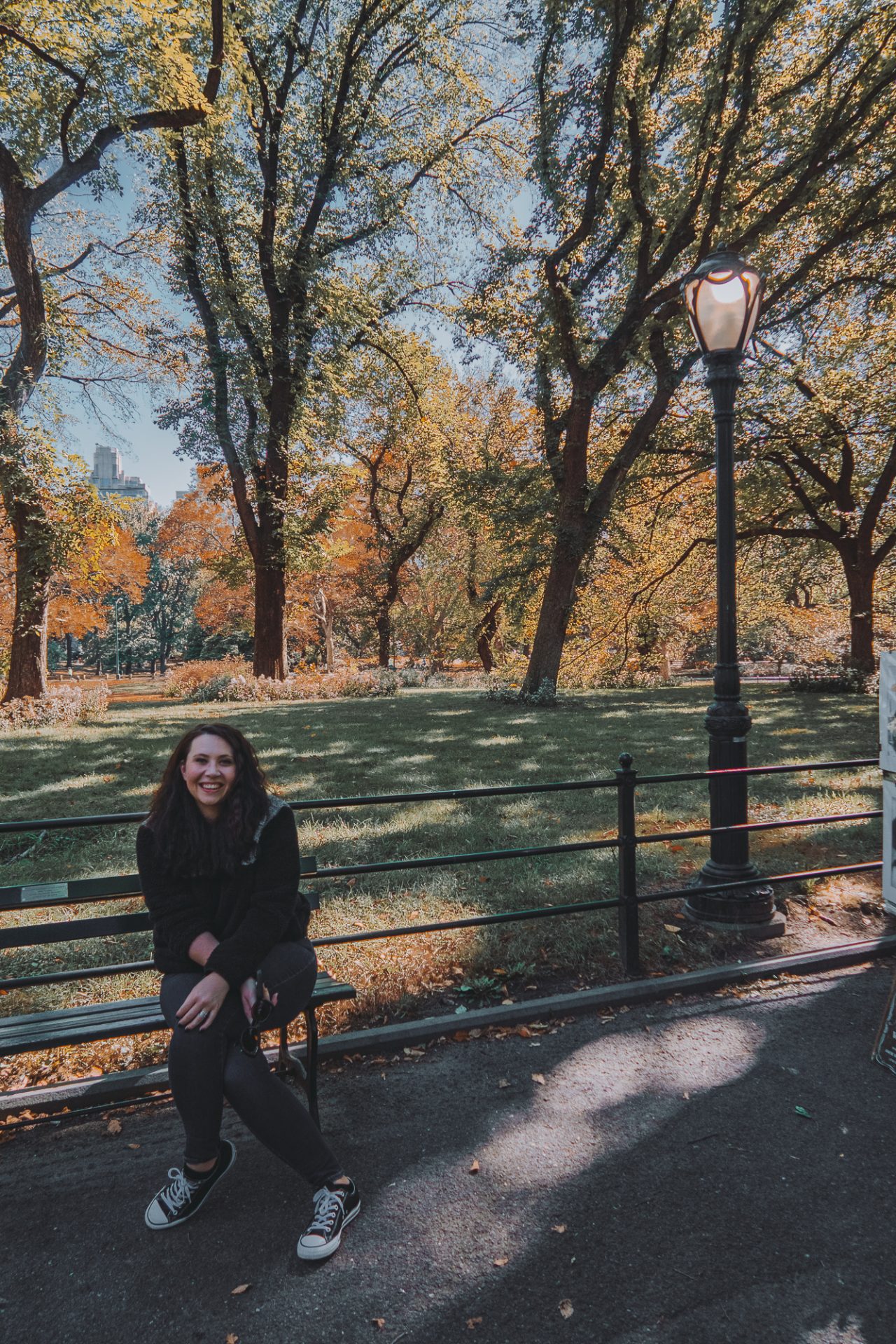 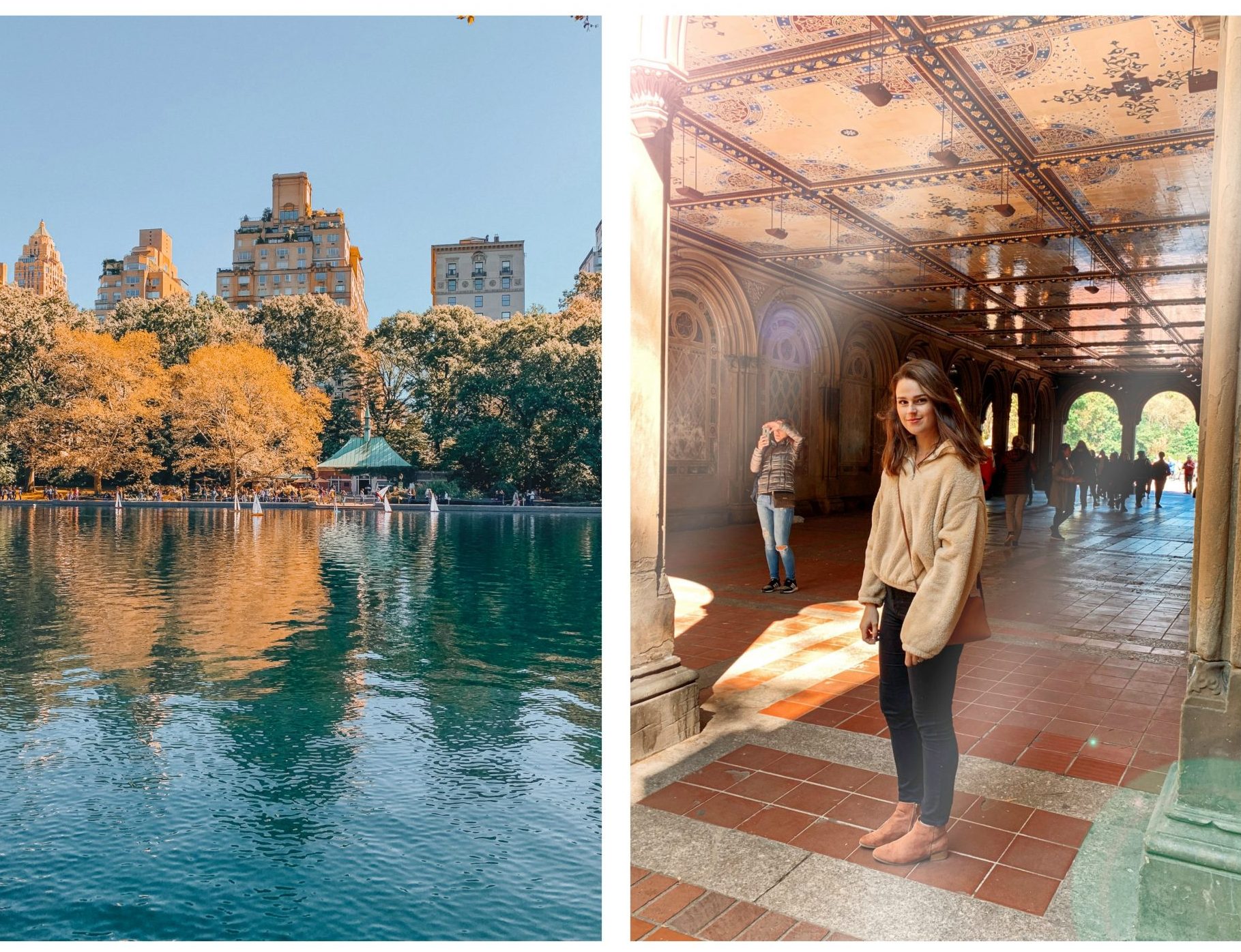 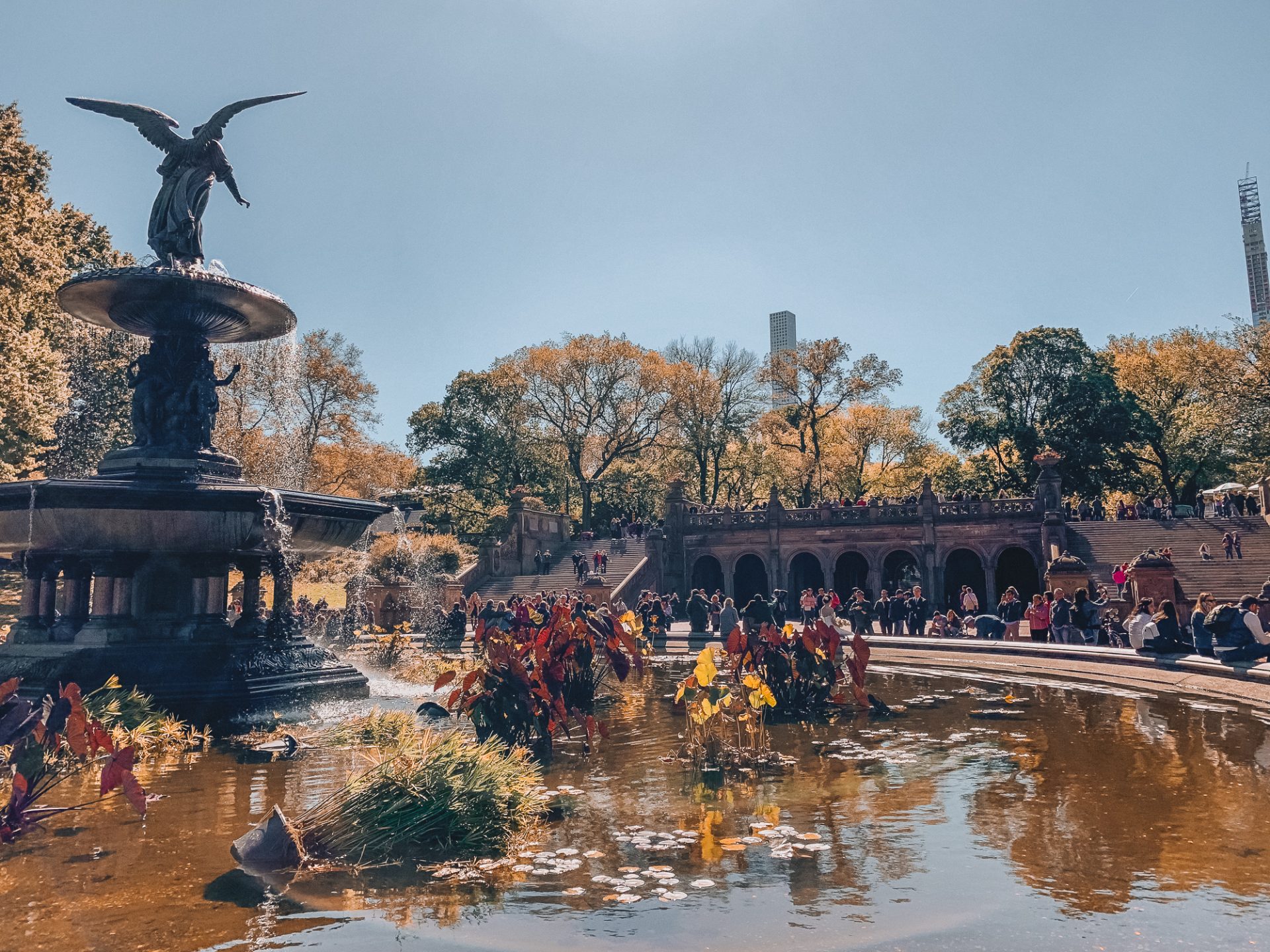 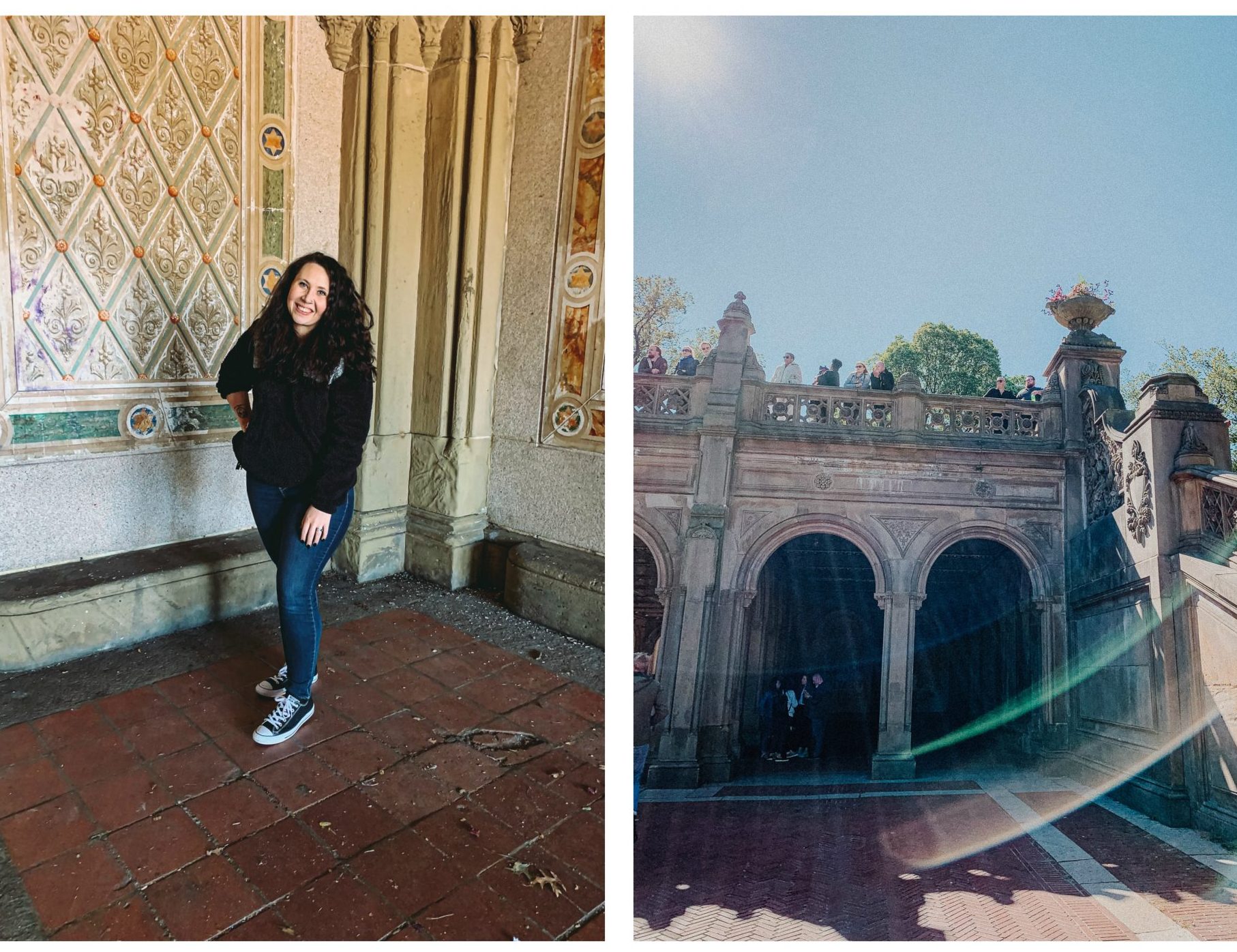 We made our way to Central Park to explore. I could spend an entire day in the park! It’s one of my favorite parts of NYC. We walked around the same path I ran my first & only half marathon. When you walk around Central Park, grab a map and check out the Belvedere Castle, Conservatory Garden, Central Park Carousel, the Mall and Literary Walk (you’ll recognize this from most NYC movies!), Bethesda Terrace, and have lunch at the Loeb Boathouse on the Lake! Kyle took me there last time, and it was delicious! 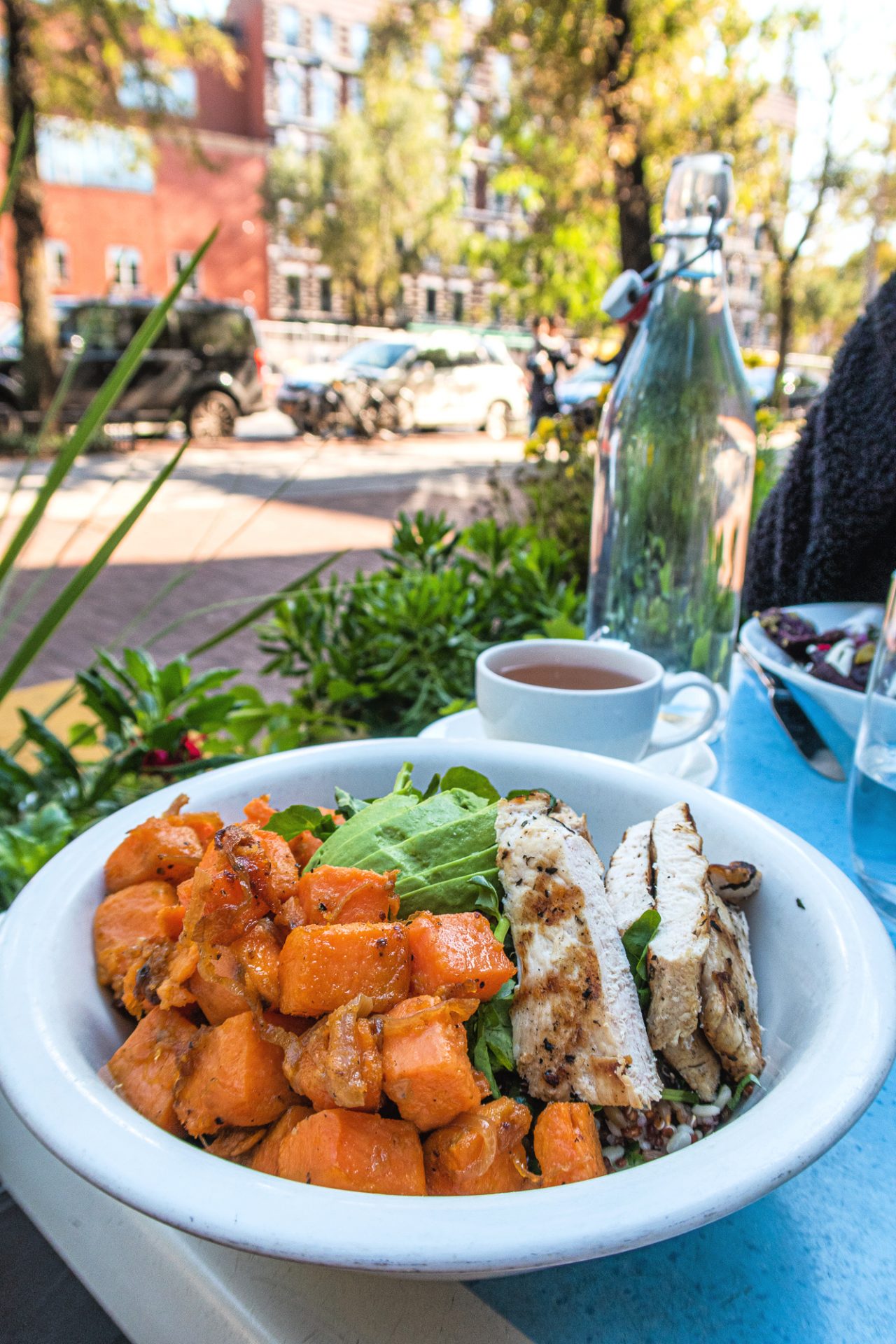 We stopped at Clover Cafe in Greenwich Village for a very late lunch.

I ordered a salad with grilled chicken, sweet potatoes (as a replacement for quinoa), and avocado. I ordered it without the grains since I’m doing Whole30, but they forgot to leave them out. It took so long to get a table/food that I decided to eat around it. It was 3:30 in the afternoon and the first thing we had to eat all day. There was no way I was going to let them take the salad back and wait for them to make another one. I hate wasting food, and they would have had to throw out that chicken. I usually wouldn’t mention a small detail like that in my blog post, but I’m saving myself from the “quinoa isn’t whole30 approved” comments. But, on a positive note, the chicken and sweet potatoes were delicious!

The outside patio was super cute, and the perfect spot to sit outside on a beautiful day. 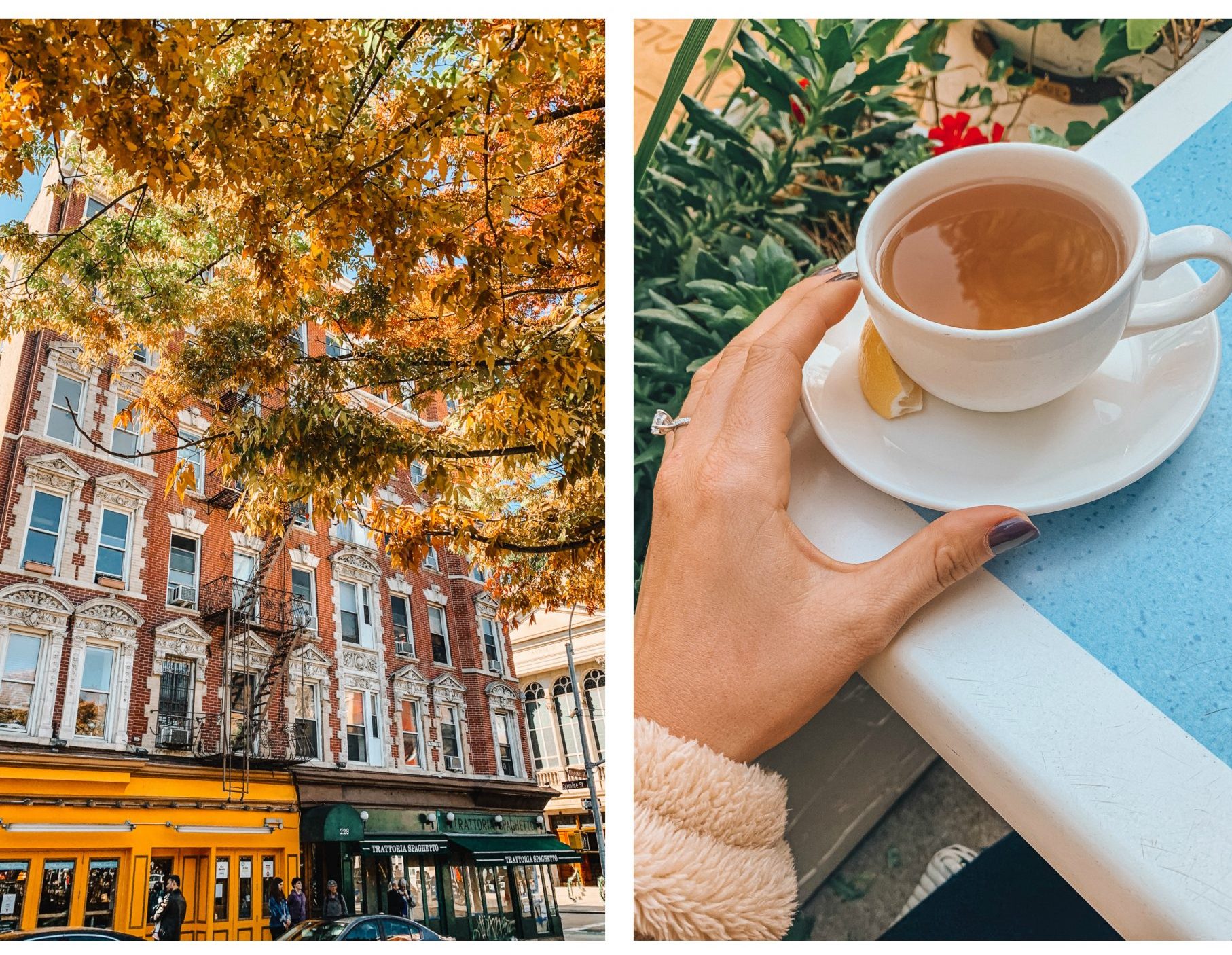 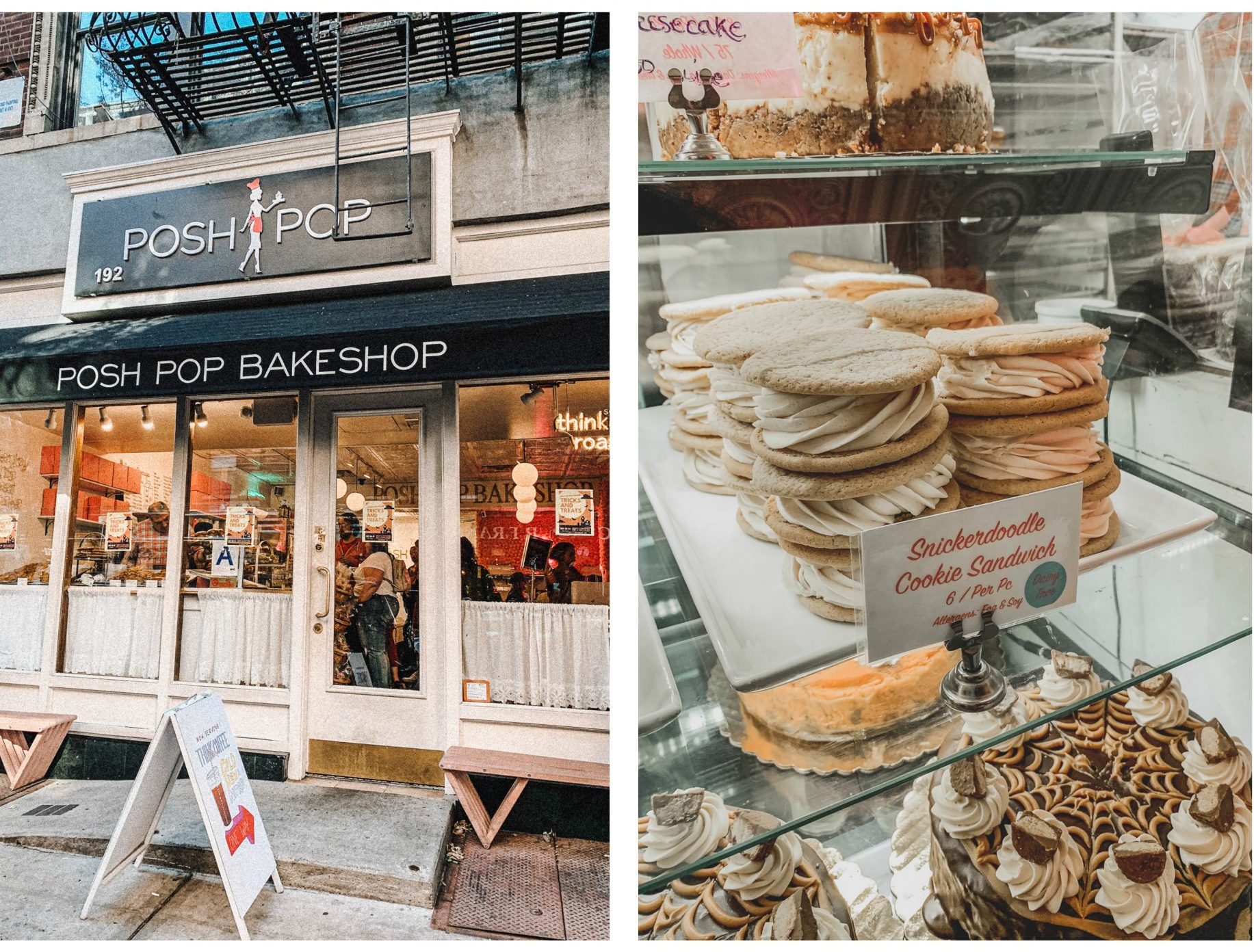 After lunch, we headed to Posh Bakeshop! It’s right by Clover Cafe, and it’ll stop you in your tracks as you walk by. It’s adorable! One of the walls in the bakery is covered in pink roses. It’s an all gluten-free bakery with a lot of vegan options. I stuck with a coffee, but next time I’m in NYC, I’ll be revisiting this spot. 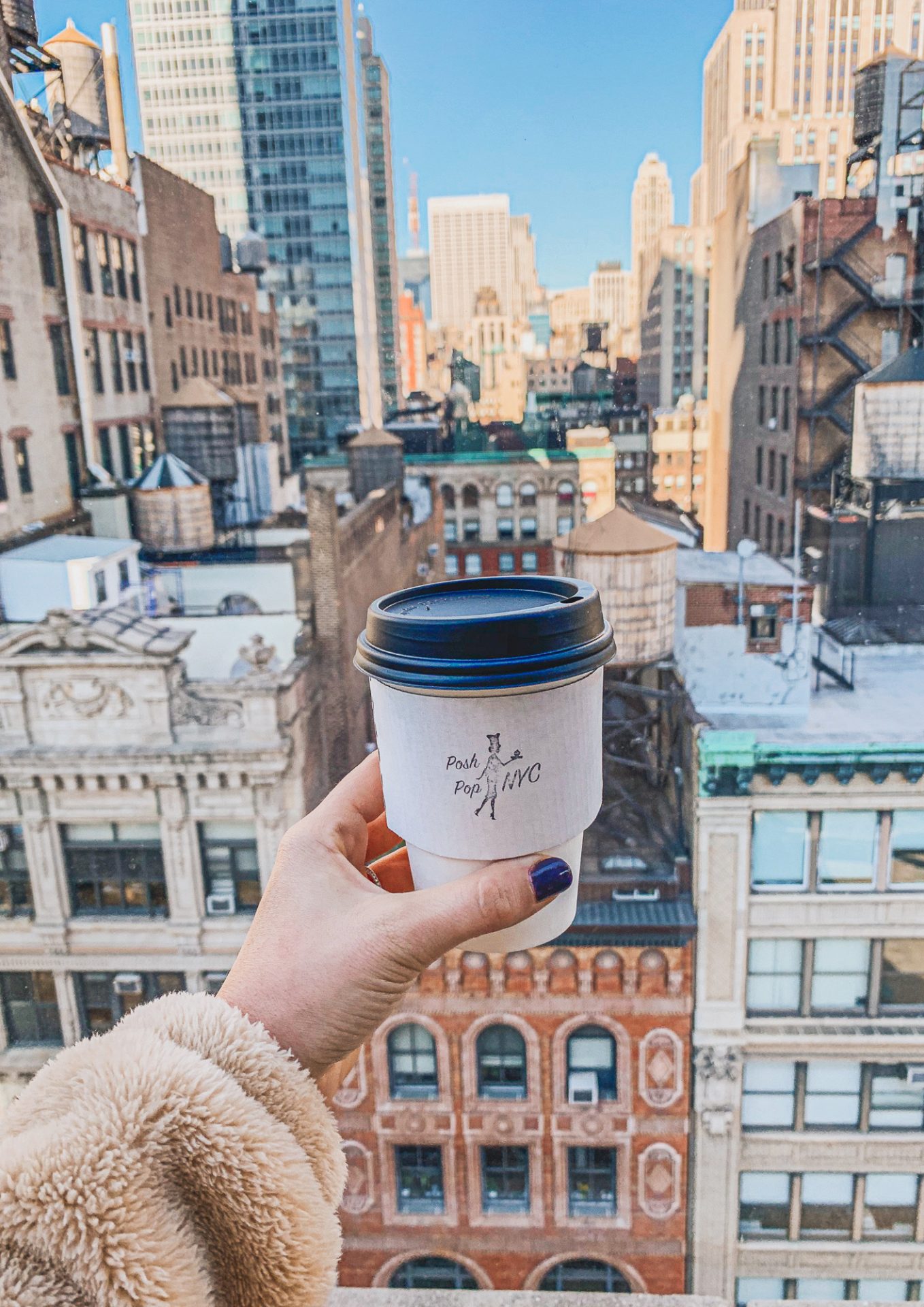 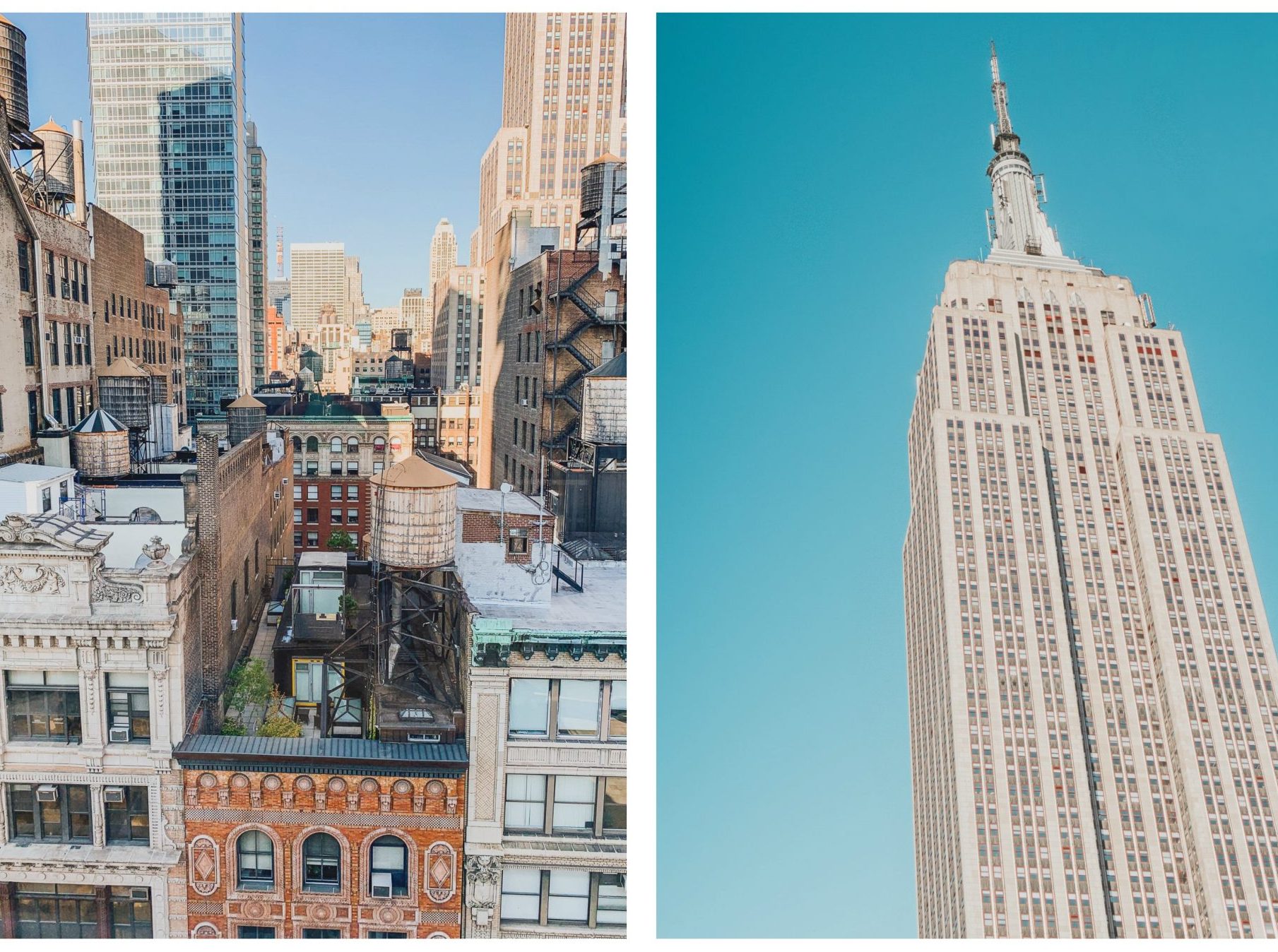 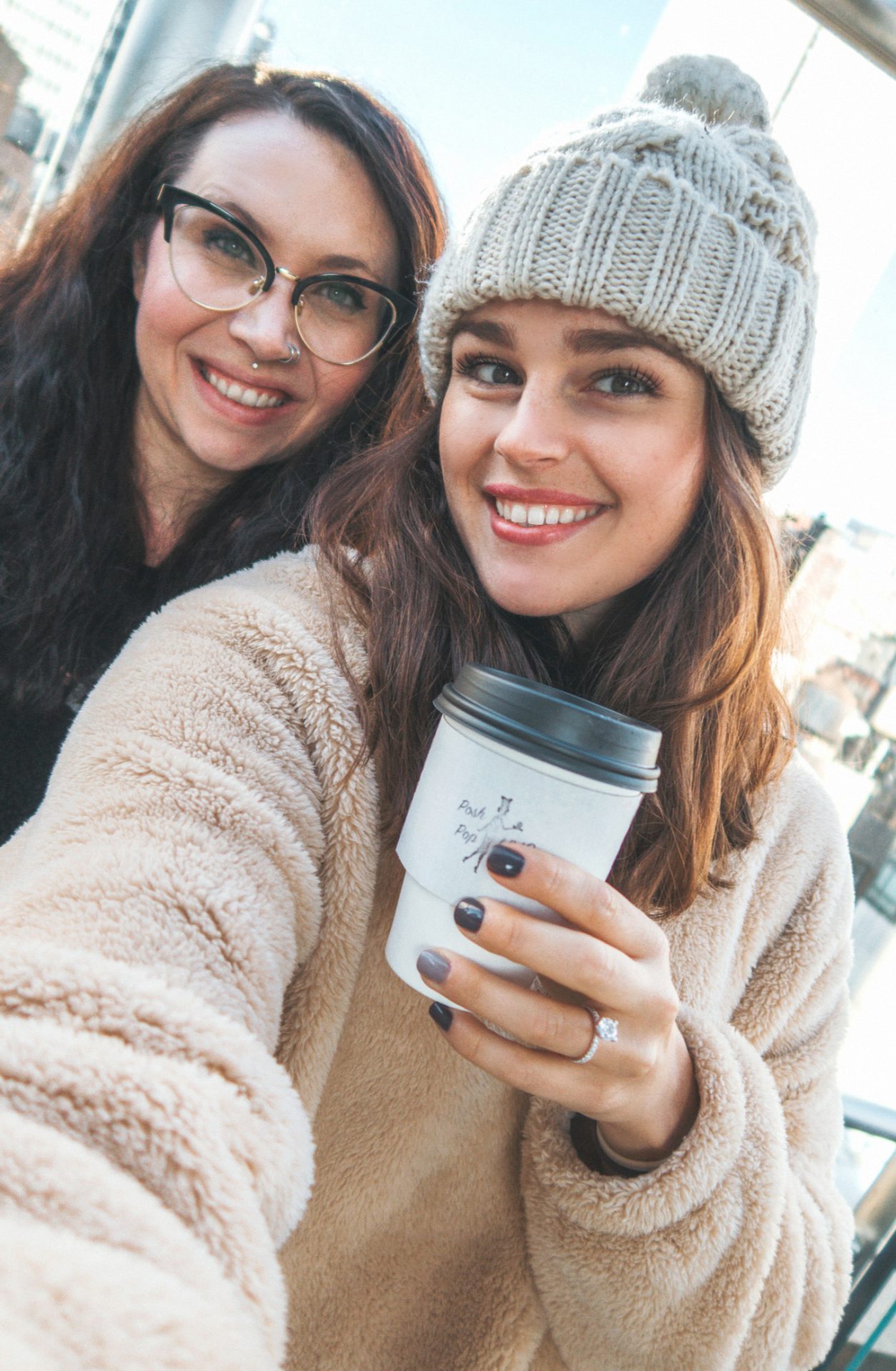 We checked into our hotel at 4:30 pm and decided to relax a bit before the show. We booked a last-minute hotel at the Hyatt Herald Square, and it had a pretty awesome rooftop with the best view of the Empire State Building. When we got into the room, I washed my face, put my phone on the charger, and before I knew it, I drifted off into a deep-nap! Thank goodness Becca set an alarm clock because she also fell asleep. We slept until 6:30 pm, right through our dinner plans. It was a much-needed nap, especially since our show was at 8 pm. Our show was at 8 pm, and we wouldn’t be getting back to the hotel until midnight, so that nap saved us. 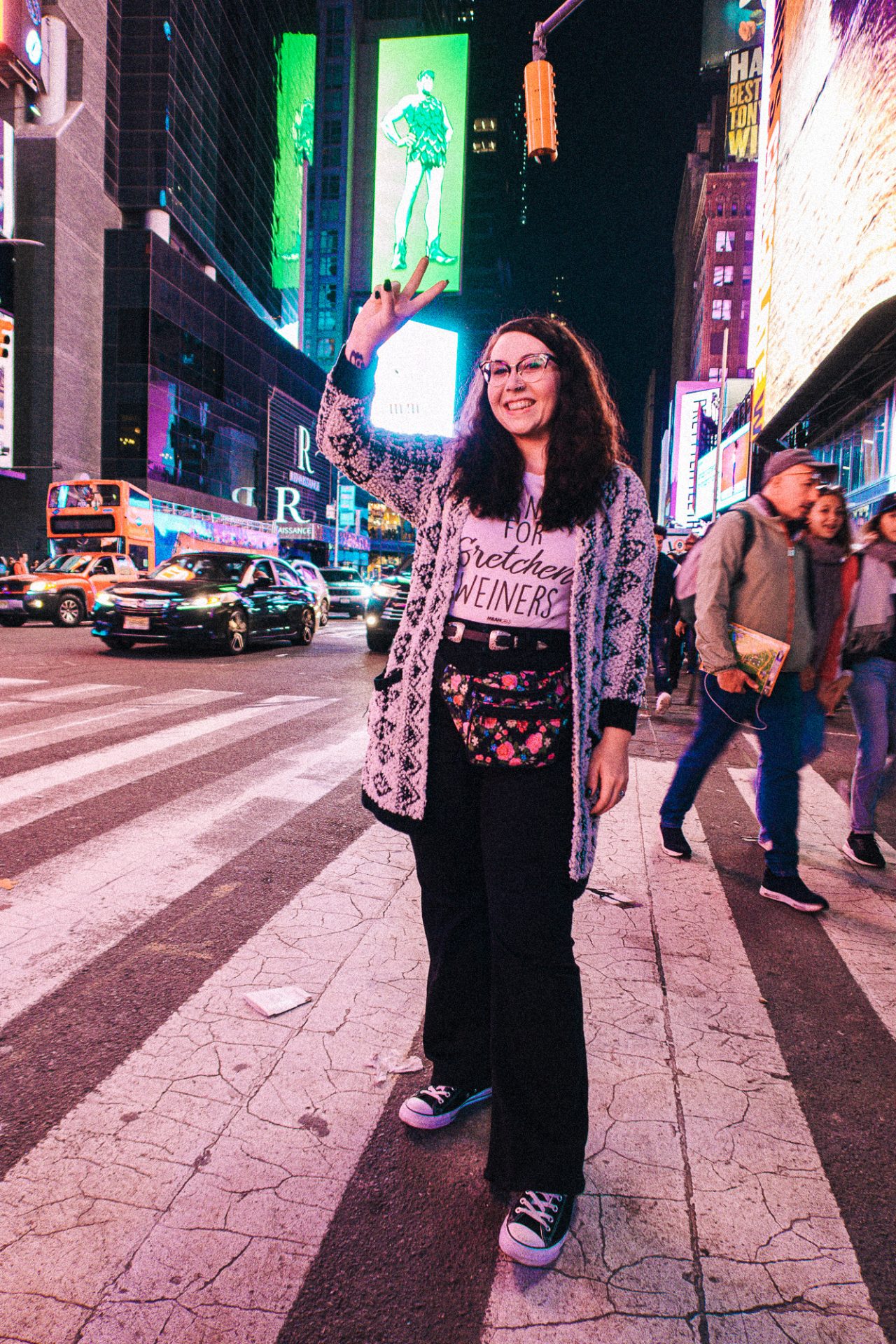 We got ready for the show around 7 pm and then walked the mile and a half down to the August Wilson Theater to see Mean Girls! We wore our Mean Girl quote shirts with cardigans 😊 Mine said, “Is butter a carb?” and Becca’s said, “and none for Gretchen Weiners.” 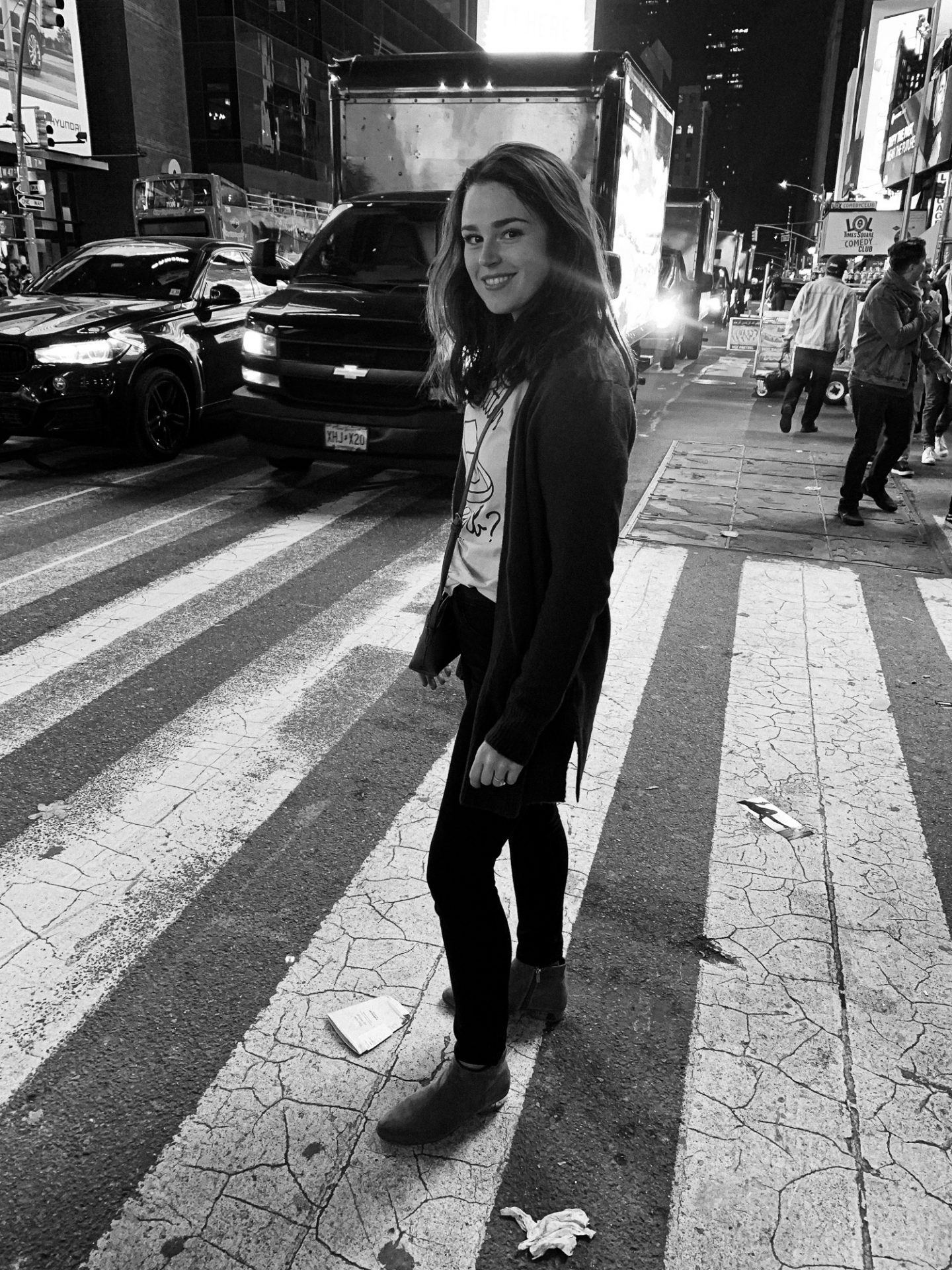 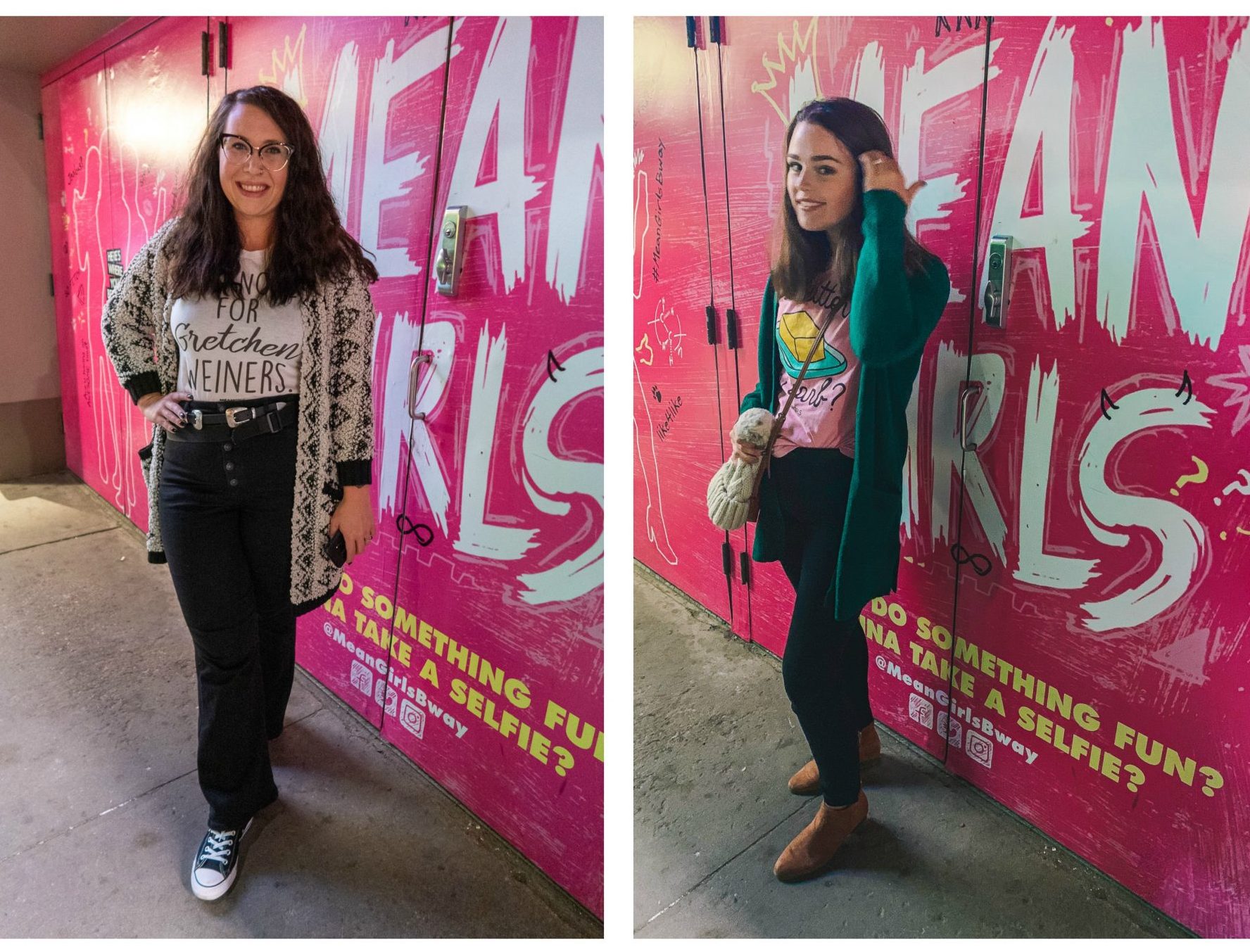 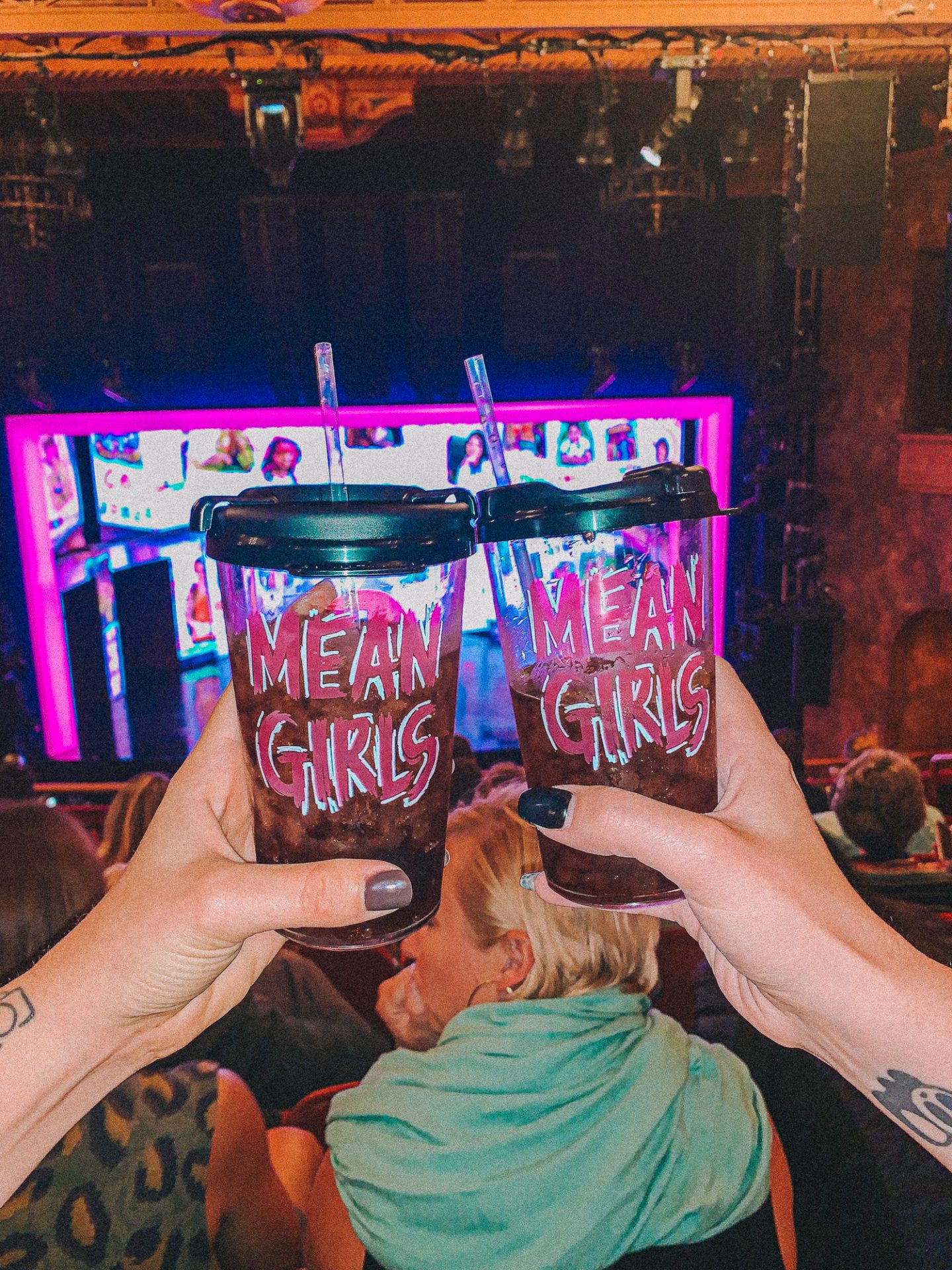 We had to get ice teas, especially for the cups! We were still pretty content from our late lunch, so we decided to get a bag of mixed nuts at the theater to have if we got hungry.

The show was UNREAL! The singing, the acting, the talent! If you can, make sure to get tickets to the show. Every character nailed it. I would see it again and again. Even though I was tired, this show had me wide awake.

After the show, we walked a mile and a half back to our hotel, washed our faces, brushed our teeth, and went straight to bed! 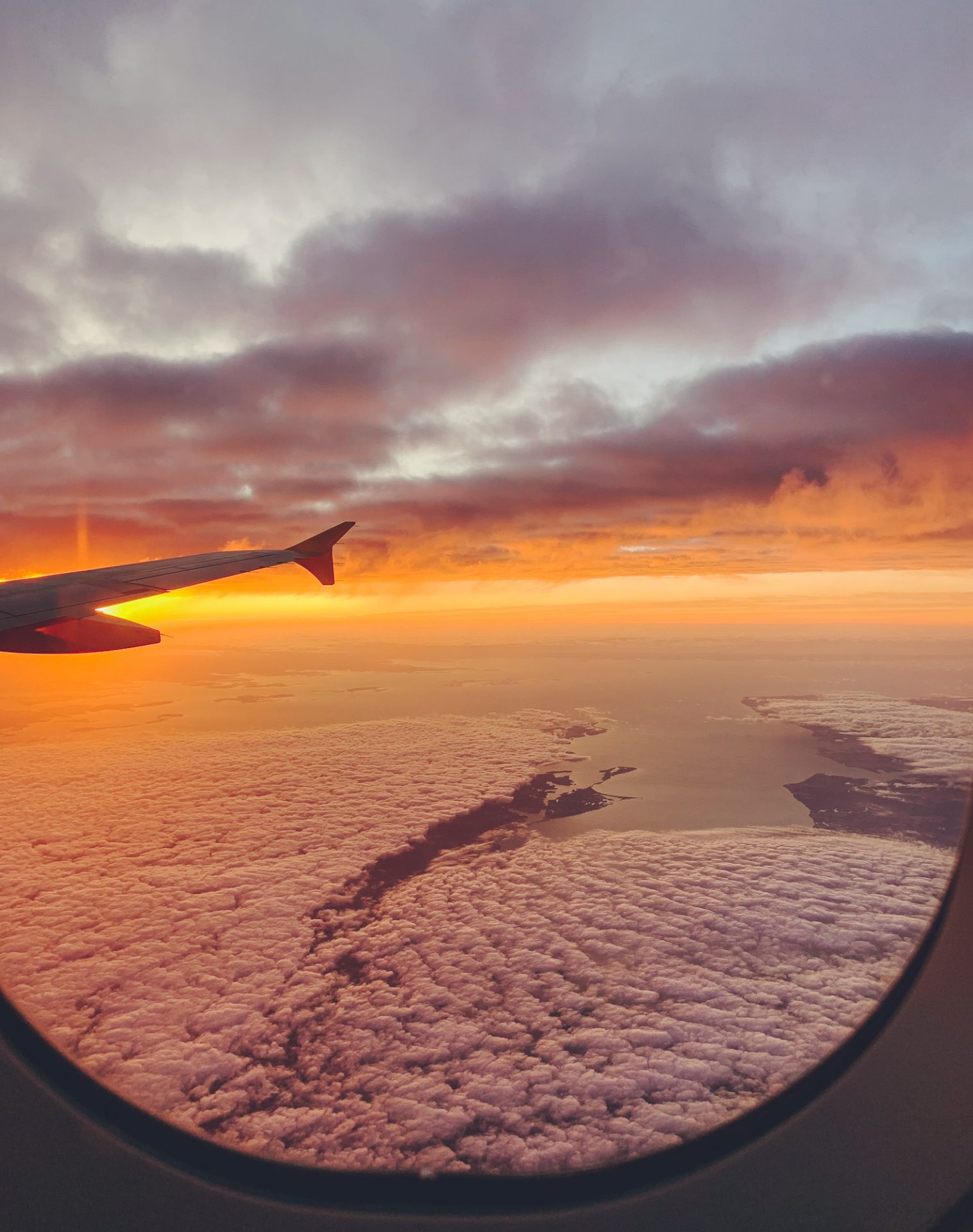 We were up at 5 am, and off to the airport for our flight home! I love traveling, but I was excited to be back home. I spent the rest of the day with Kyle and going over our final designs for our new home! That post will be live soon! 😊

GIVEAWAY: And just like all my other travel blogs, there’s, of course, a giveaway! Make sure to check out the Miami blog to see if you won that giveaway!
I’ll be giving one reader a Mean Girl’s quote shirt! Leave a comment answering one of the questions below to win! 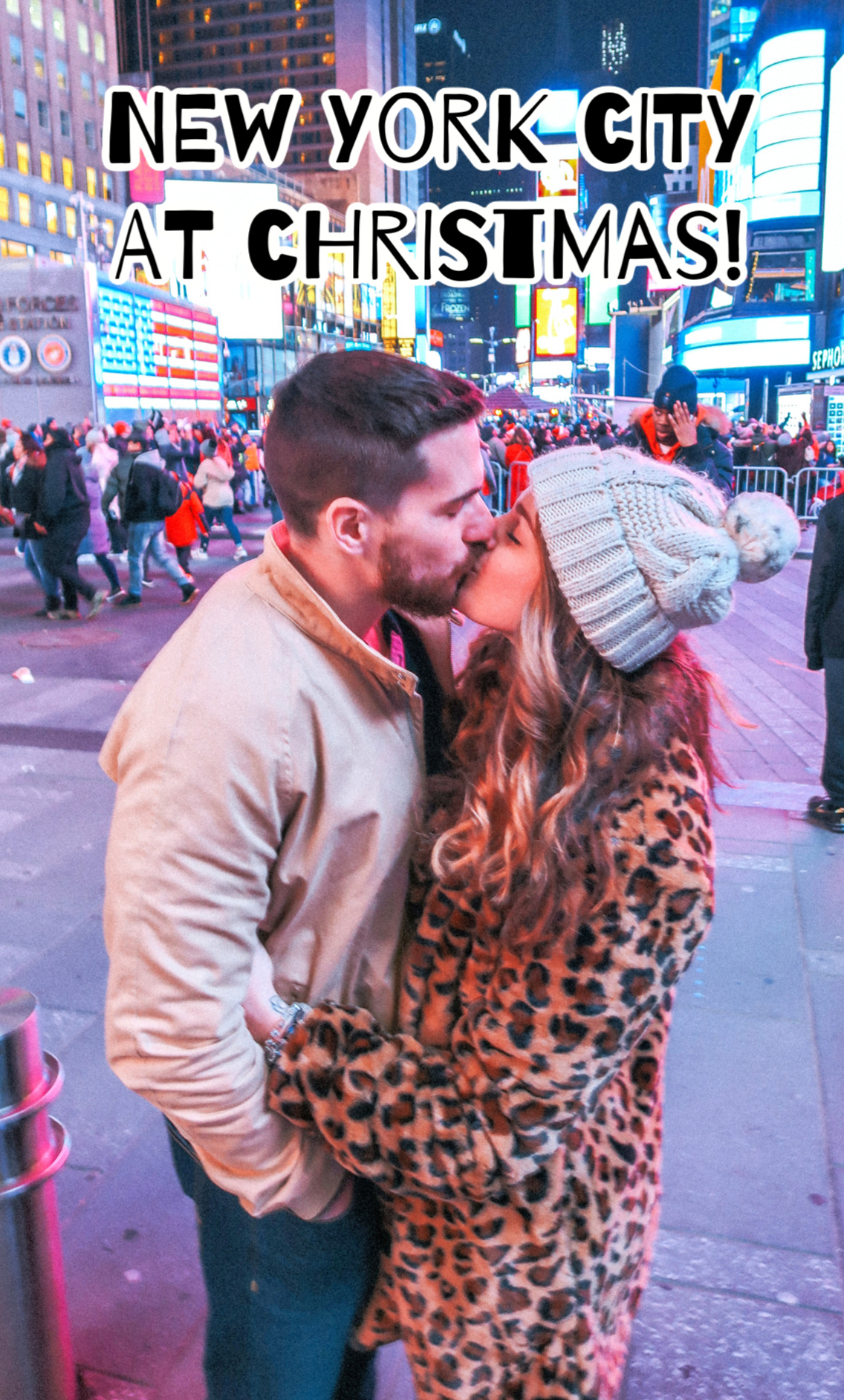 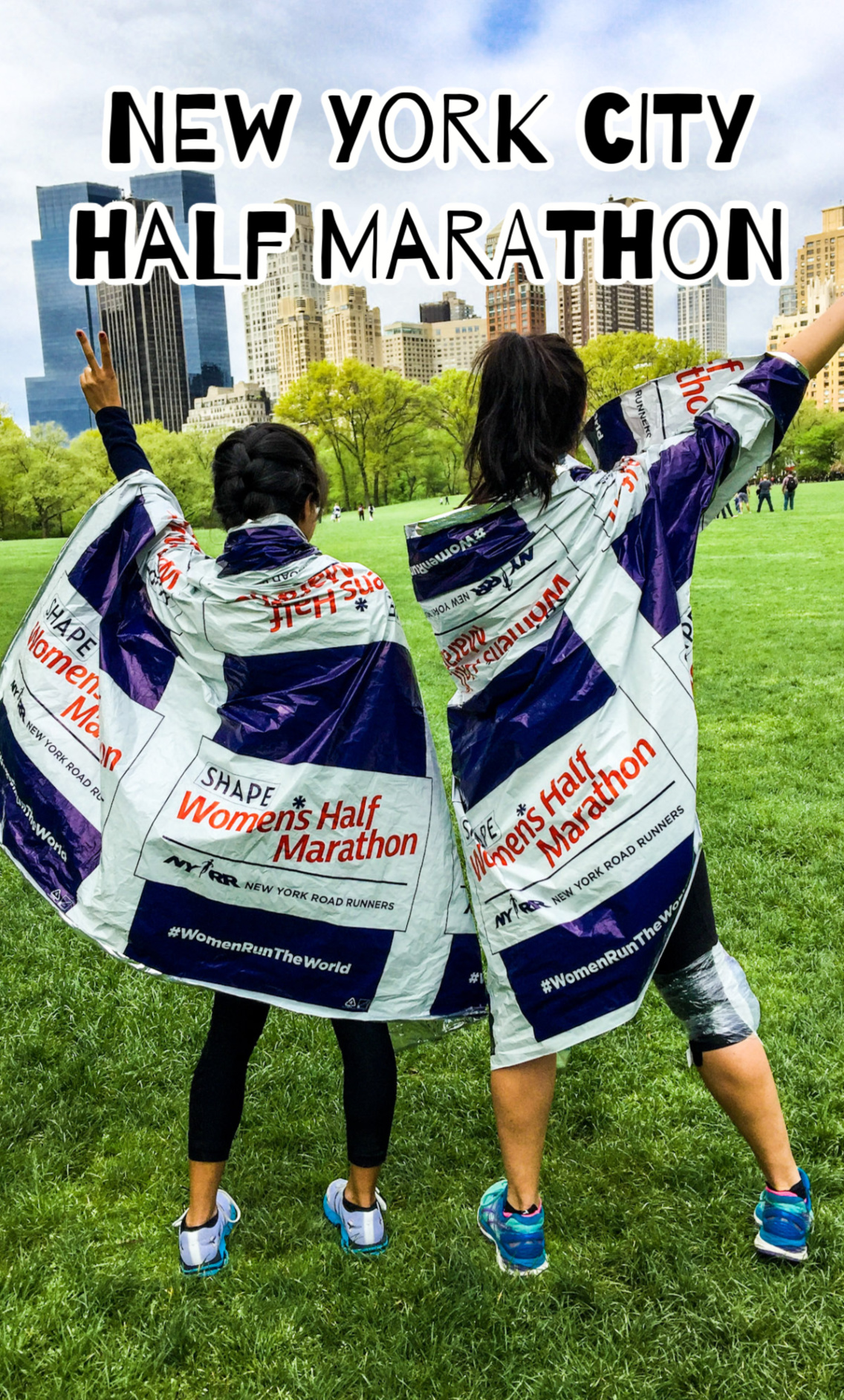 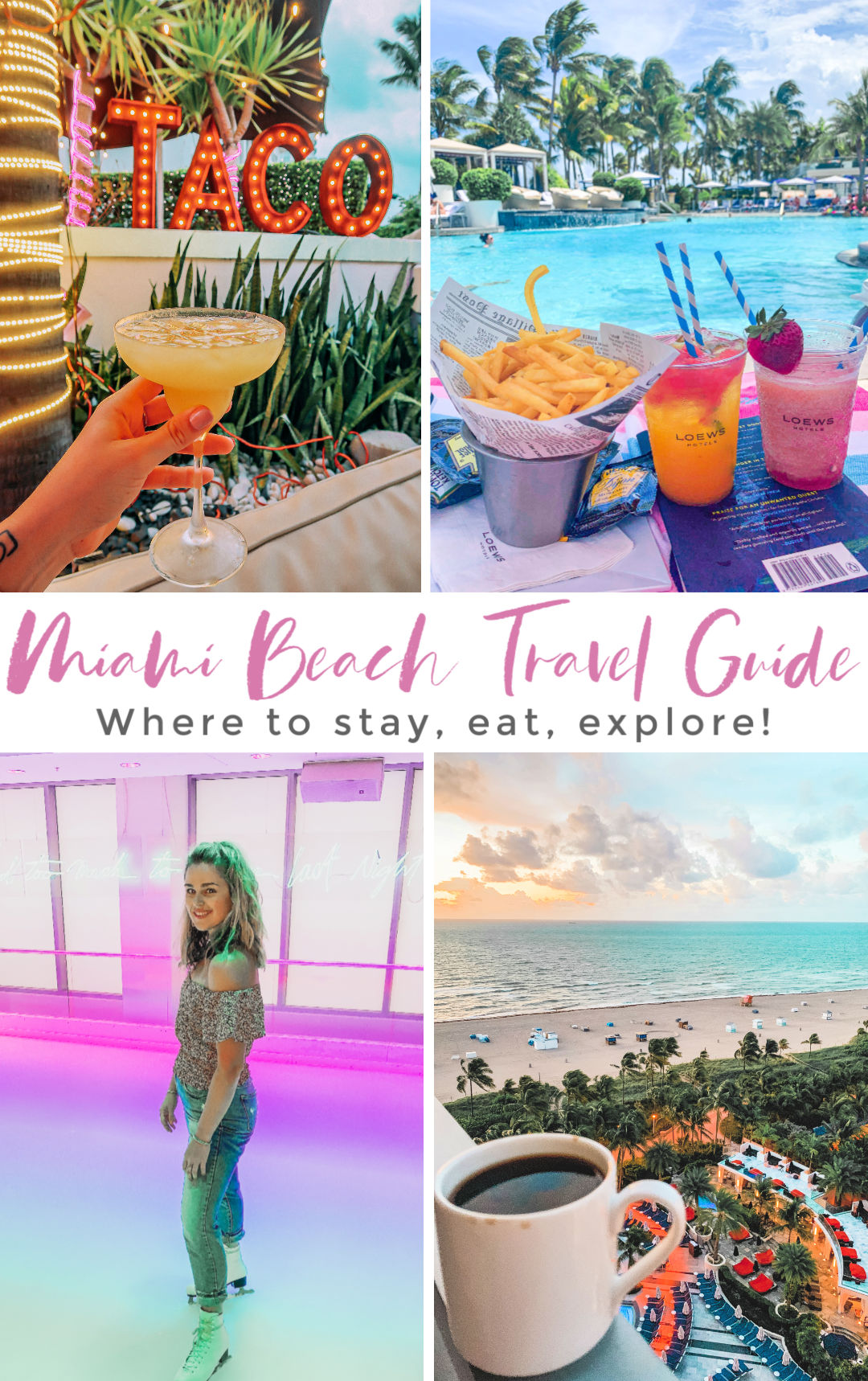 Miami Beach Travel Guide: Where to Eat, Where to Stay, What to Do!