When the colder temps arrive, I feel like a whole new person. This weather has me out walking more, making any excuse to get outside, opening up the windows, lighting candles, and baking some of my favorites! 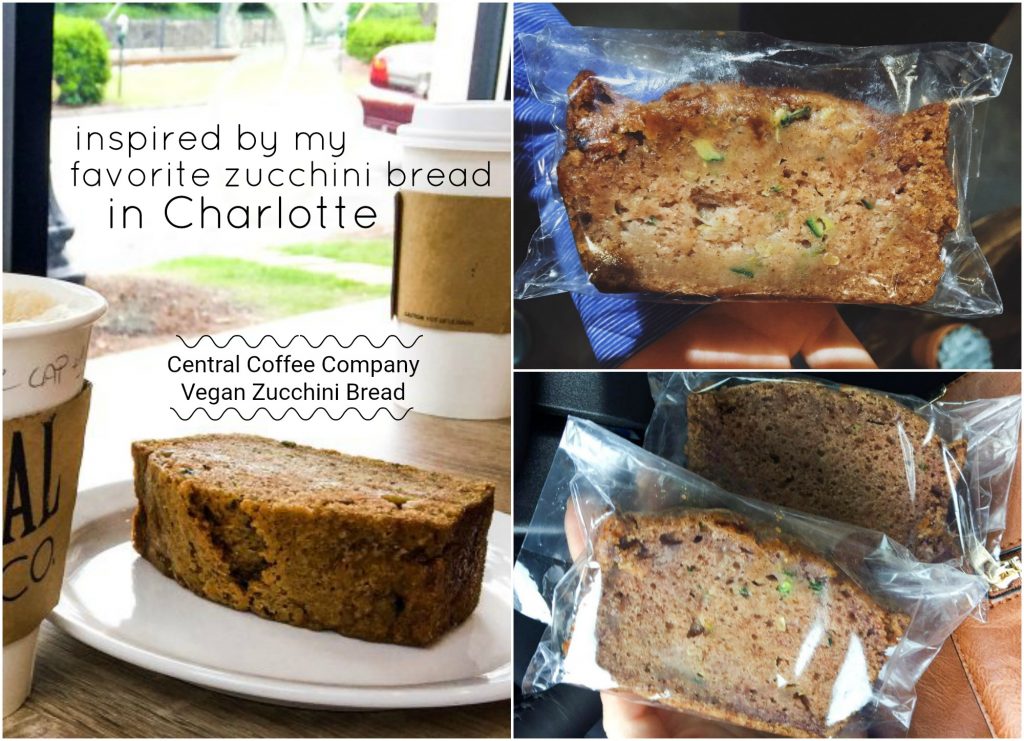 This recipe has been a long time coming. I get excited about traditions and routine. In the fall, I love walking to Central Coffee Co and grabbing a slice of my favorite vegan zucchini bread. It’s so moist and filled with all the spices you could ever dream of. It’s just perfection. Since the weather has been requiring a sweater in the early hours of the morning, I’ve been dreaming of the days when I’d bundle up and head out for my favorite dessert. Every time I take a bite, I fall in love with it all over again. Zucchini bread is literally the best thing on the planet. I especially love it in the Fall, but I won’t turn it down any time of the year. 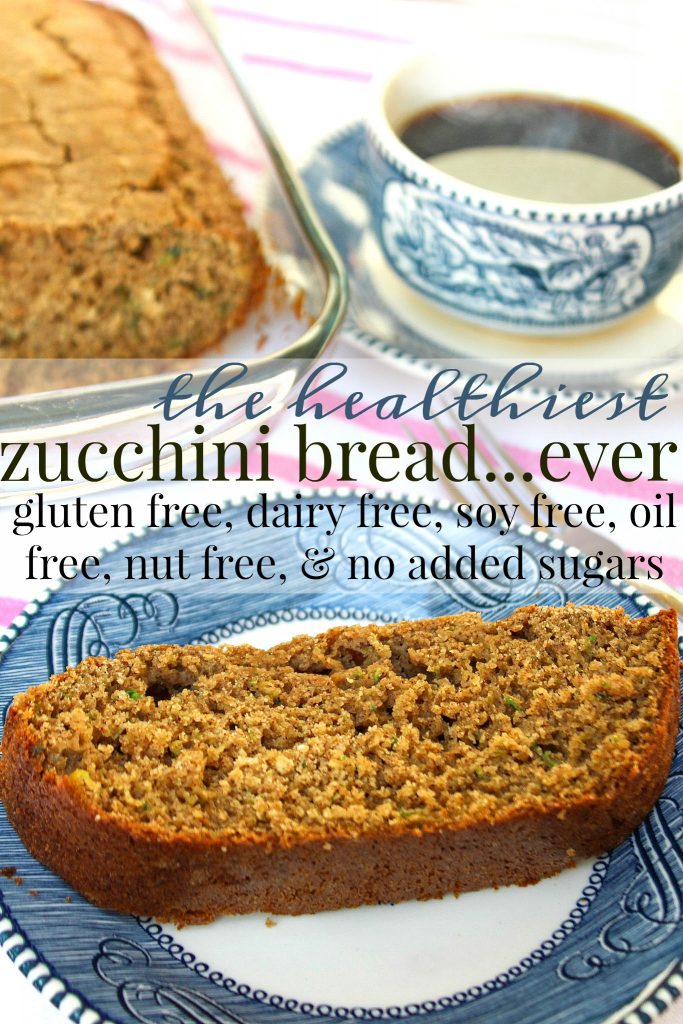 So on Saturday, I decided to attempt my own zucchini bread recipe. The coffee shop’s recipe is vegan, but I wanted to make mine so healthy that pretty much anyone could eat it. And for a recipe being gluten free, dairy free, nut free, no added sugars, oil-free, and soy free…it tasted like it had ALL of those ingredients in it. I was blown away with how it turned out. Kyle loved it, and so did my family. I promise this recipe will blow you away! I want to make a pumpkin version and add cranberry sauce to the top. 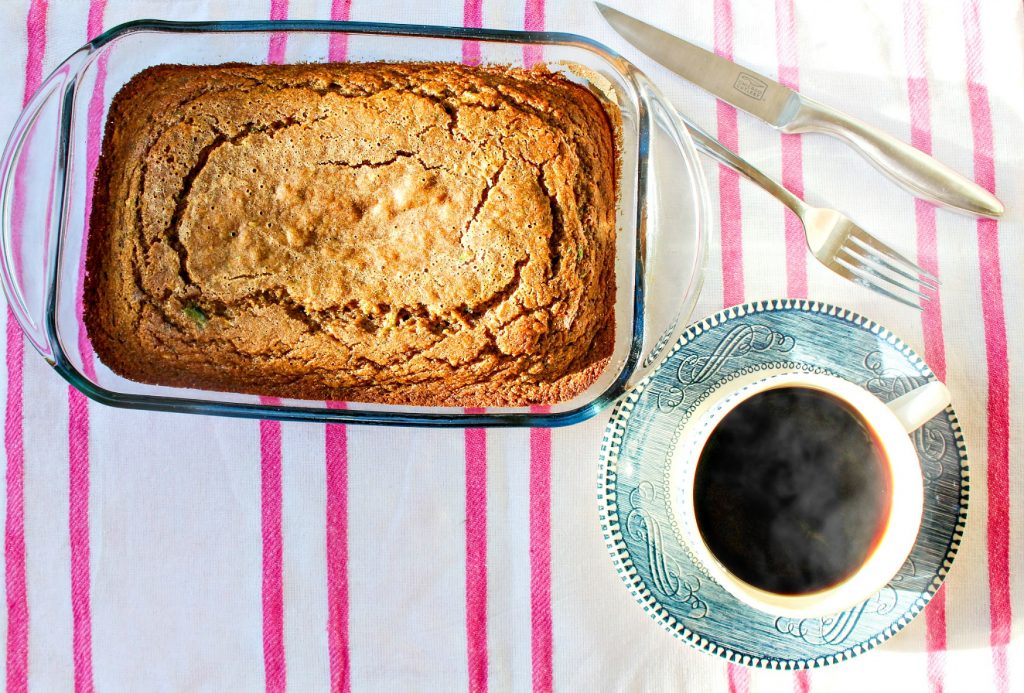 I used my mom’s zucchini bread recipe and made a ton of swaps. I will probably say this over and over, but I cannot believe how tasty this turned out. The awesome thing? It also makes delicious muffins, too. I’ll be doing another post on those. 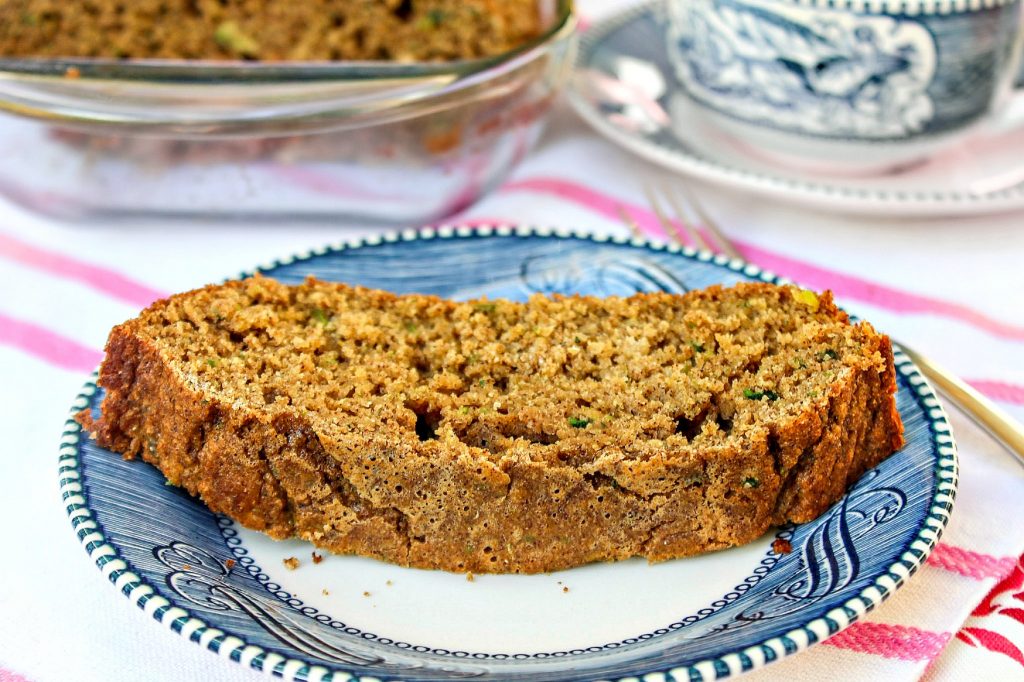 This is the perfect dessert or breakfast to have with a cup of coffee. It just melts in your mouth. It’s filled with Fall spices and unbeleivable flavors. 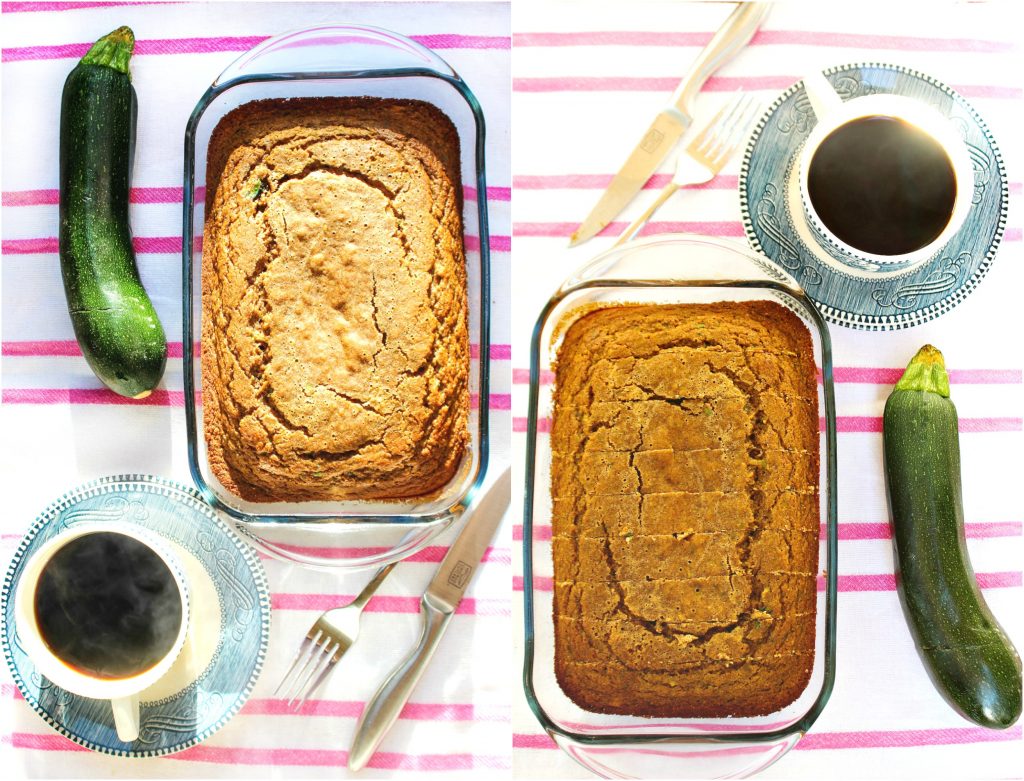 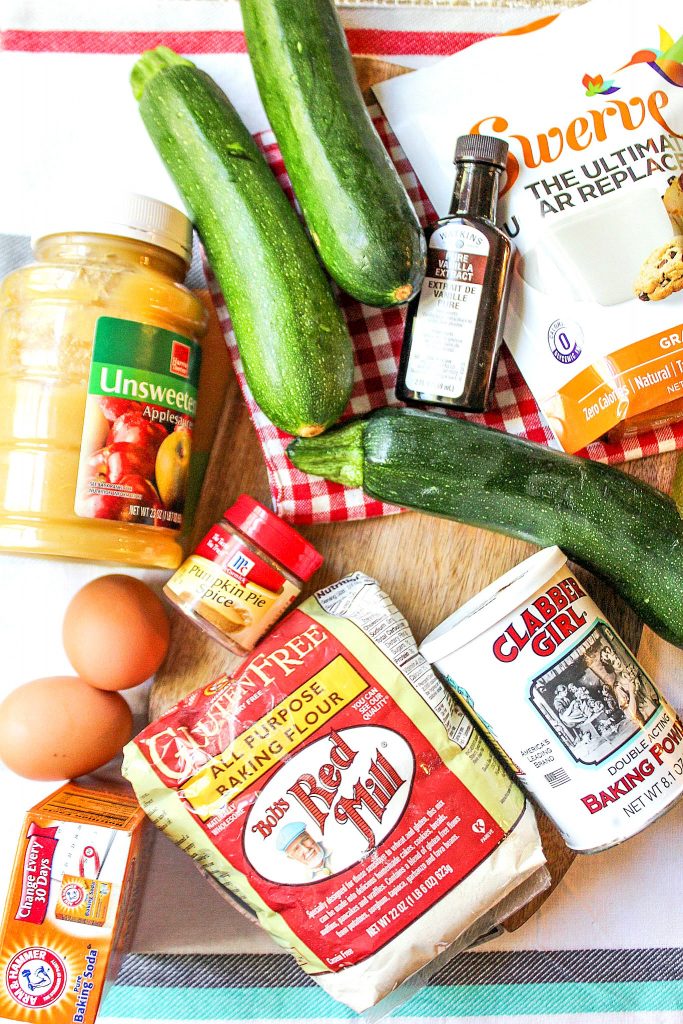 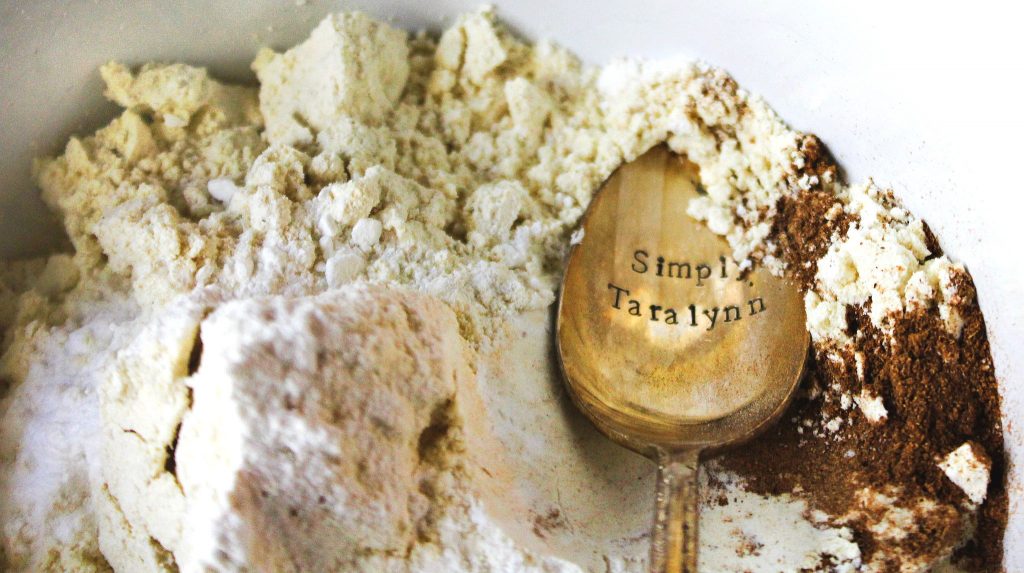 Never be greedy on your spices. I always go crazy on the spice! Taste the batter once it’s done to make sure it has enough. I ended up adding a couple of extra sprinkles of pumpkin spice. 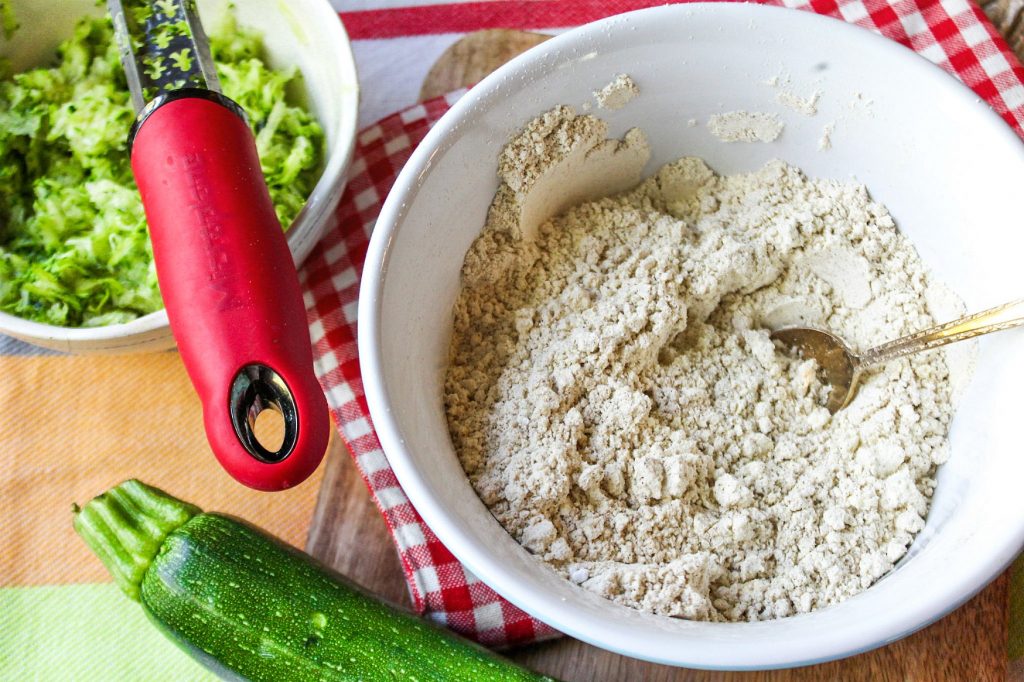 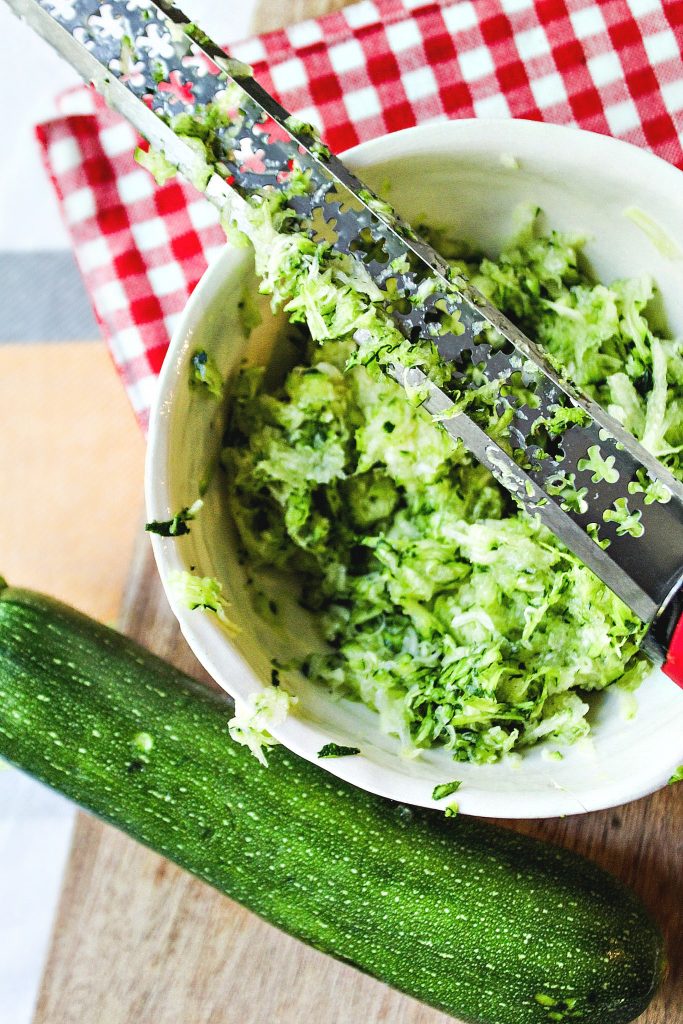 I used my gingerbread chocolate shaver to grate my zucchini. This worked so well. I don’t know where my grater went! I’m adding it to my shopping list. 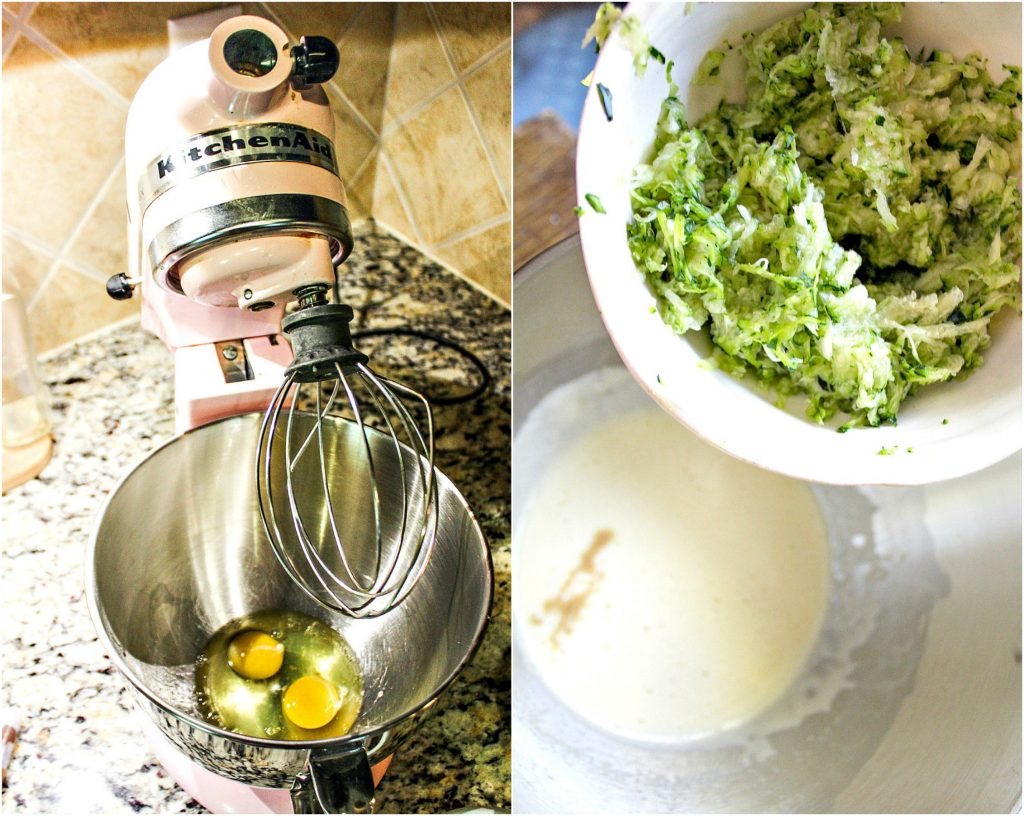 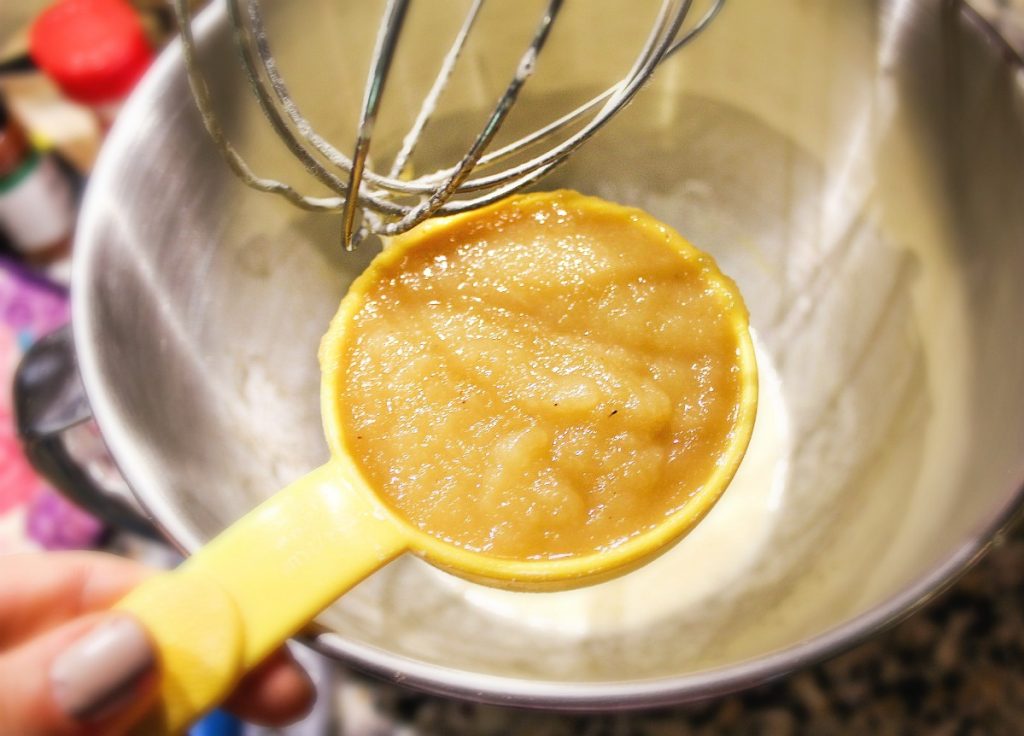 Applesauce worked great as an oil replacement. It kept the bread dense! It helps cut back on fat and extra calories. 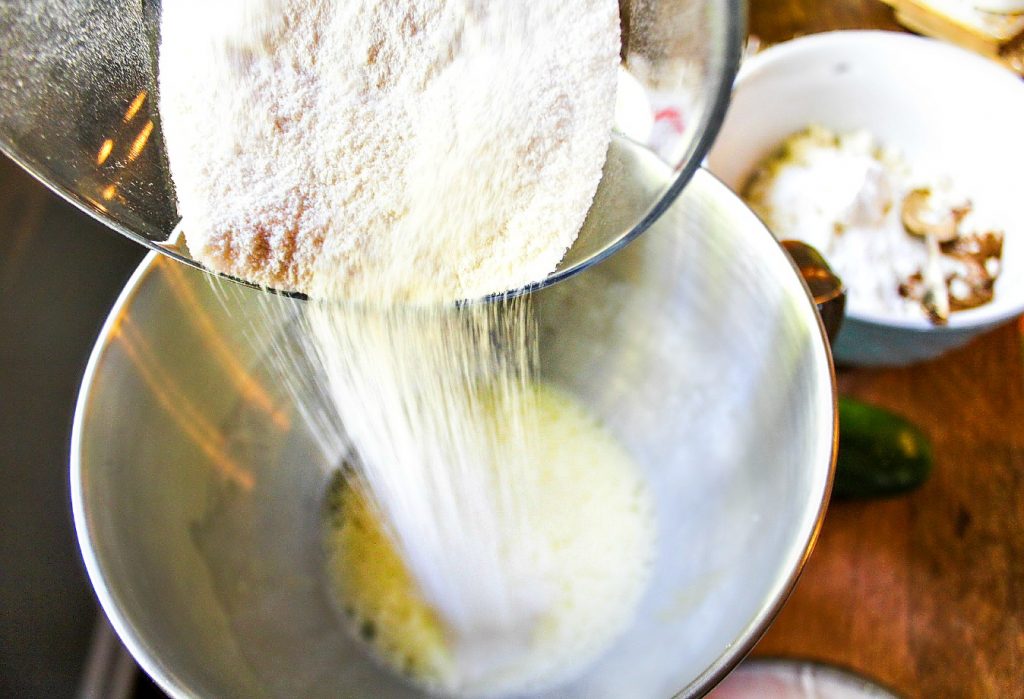 You can still make this recipe without an electric mixer. Just use a metal whisk! 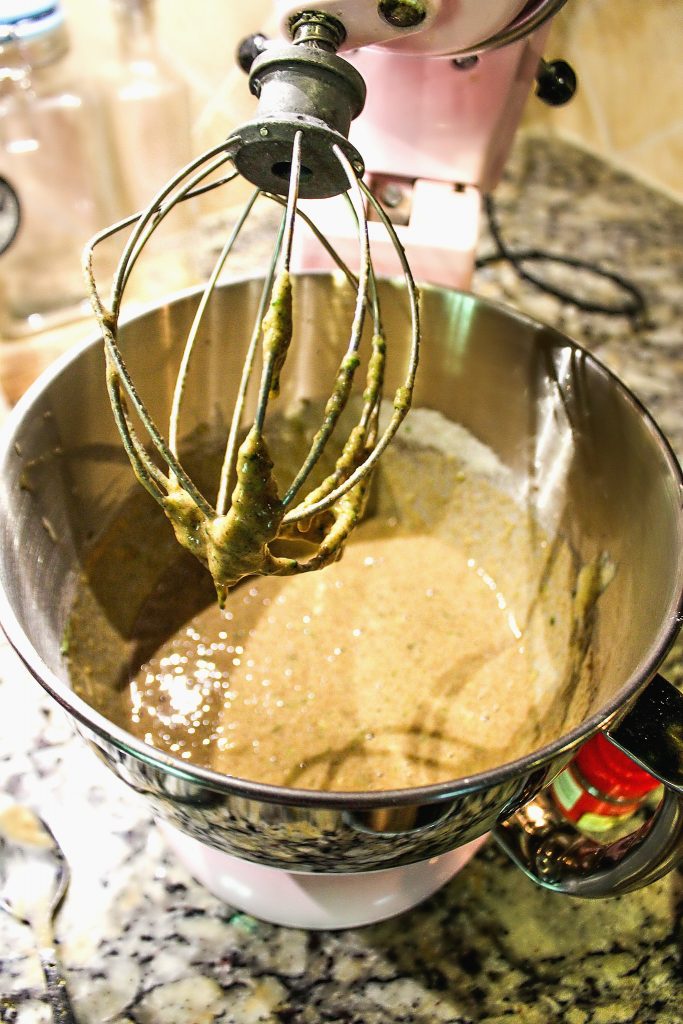 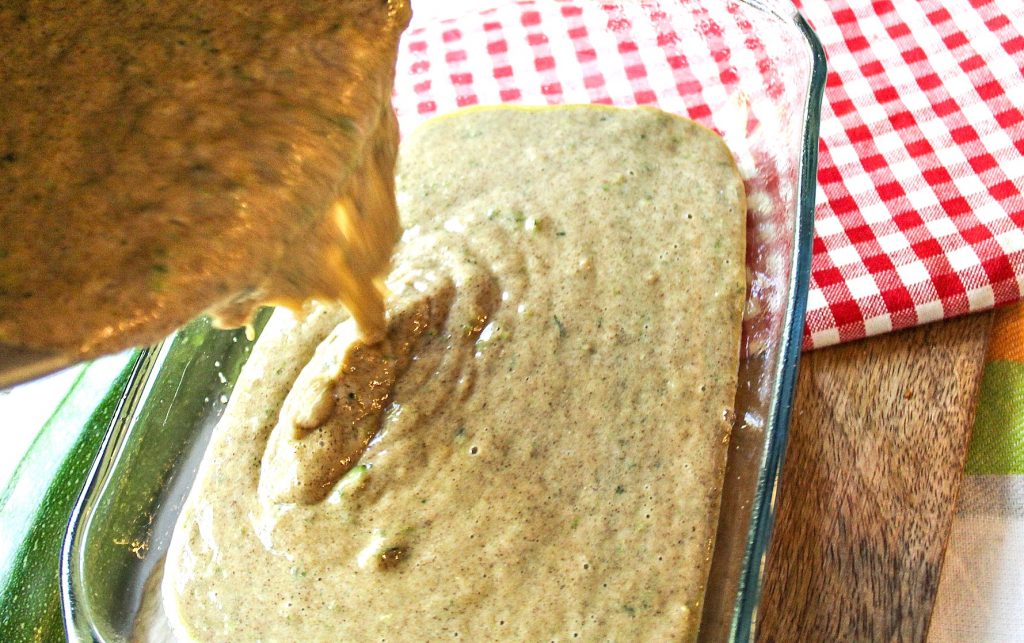 You can make muffins or use any size pan. Just pay attention to it’s cooking time! You don’t want to overcook this recipe. 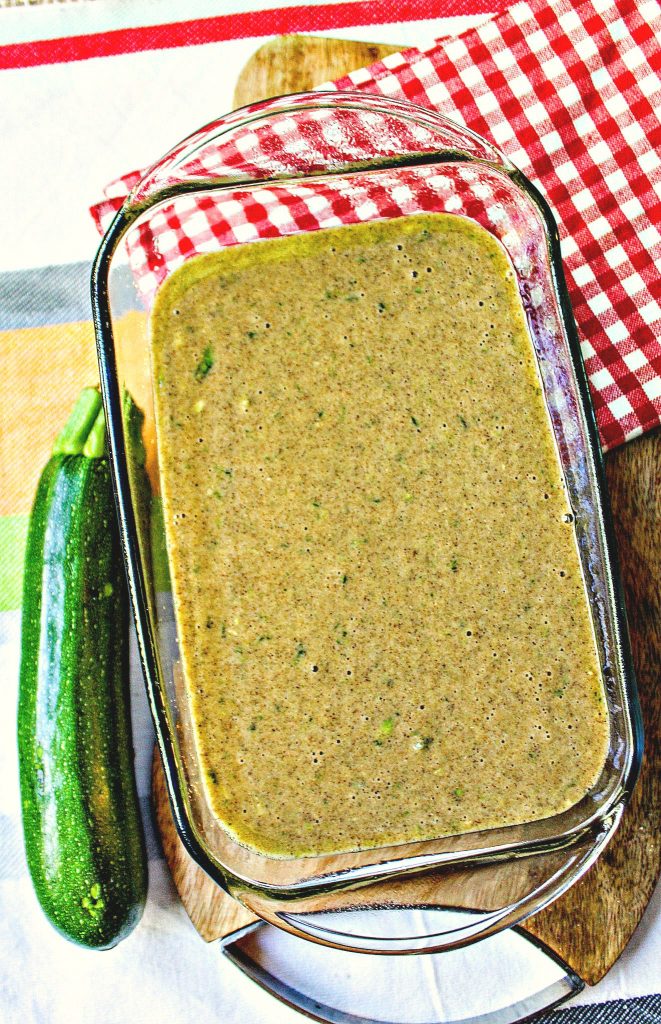 Baking time! The hardest part about baking these is waiting while the aroma spreads throughout the house. 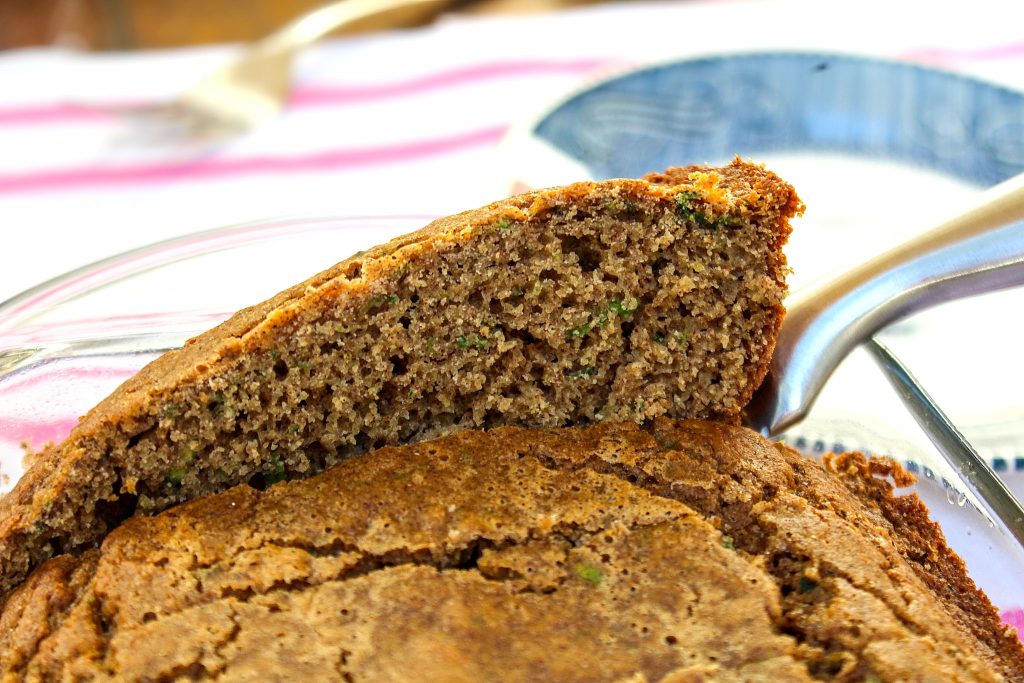 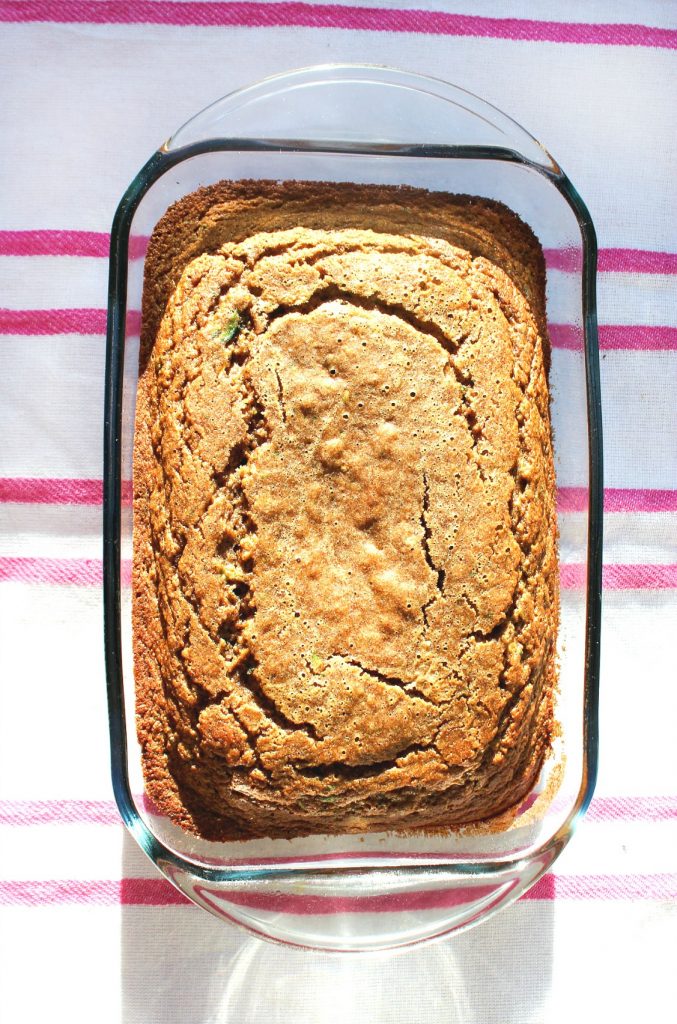 I know life isn’t always about calories and health, but it’s nice knowing that this is bread that won’t make you feel sluggish or overhauled on sugar. The average zucchini bread has over 300 calories, 10g of fat, 30g of carbs and 20g of sugar a slice! That is a lot. This is a great healthier alternative to the zucchini bread you’ll find at the bakeries. So I don’t feel bad that I ate almost six slices in the past three days…No shame at all. It just goes to show that you can make incredible dishes without all the sugar and butter added. 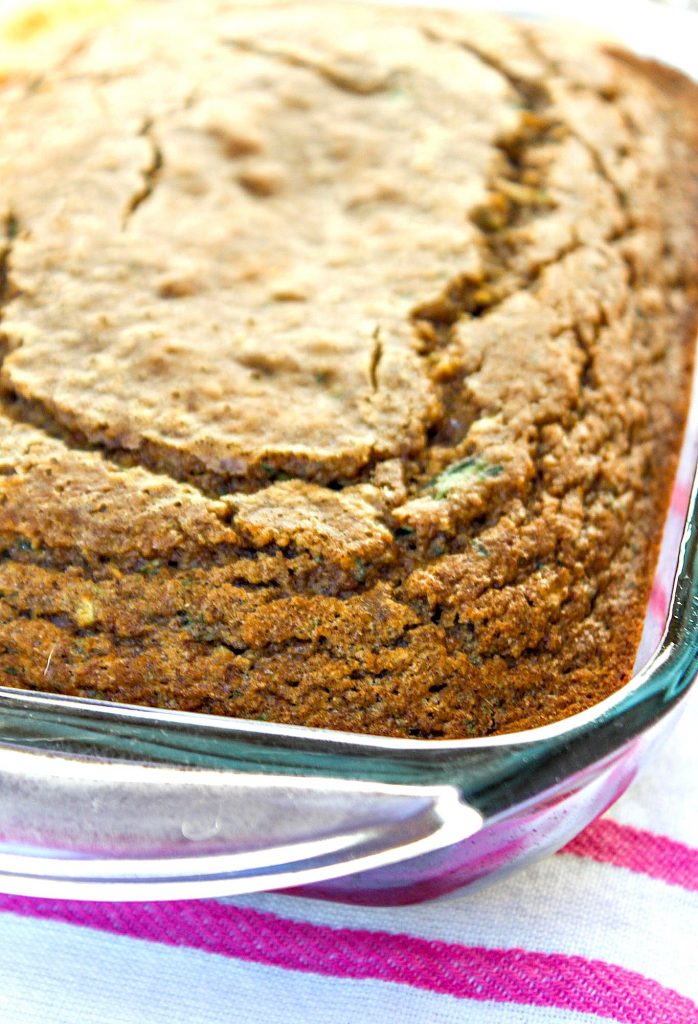 I started thinking about how crazy of an idea it was to put zucchini in your bread. So, I Googled it. “The zucchini bread was first made in America in the 19th century when housewives used pearlash as a chemical leavening agent.” –source

I remember the first time I was offered zucchini bread. I was so hesitant. I thought it was going to taste like a savory slice of bread, but NO! It’s like spiced cake. I was instantly hooked. 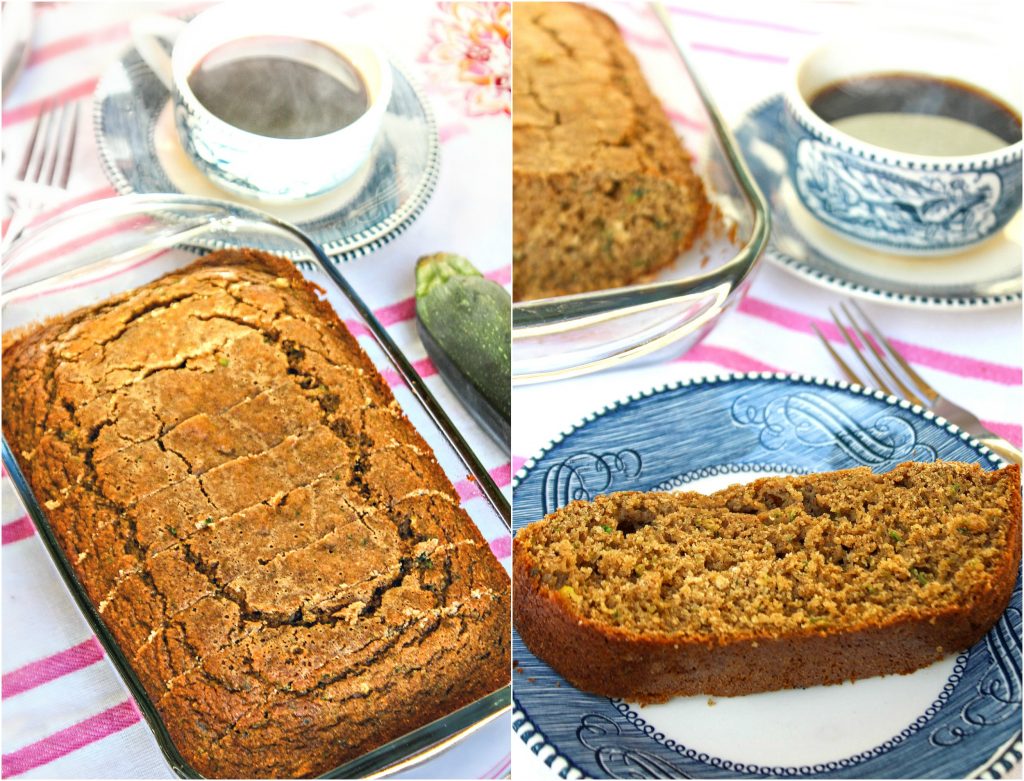 I’m so sad that there is zero trace of this bread left in the house. I know what I’ll be doing later… 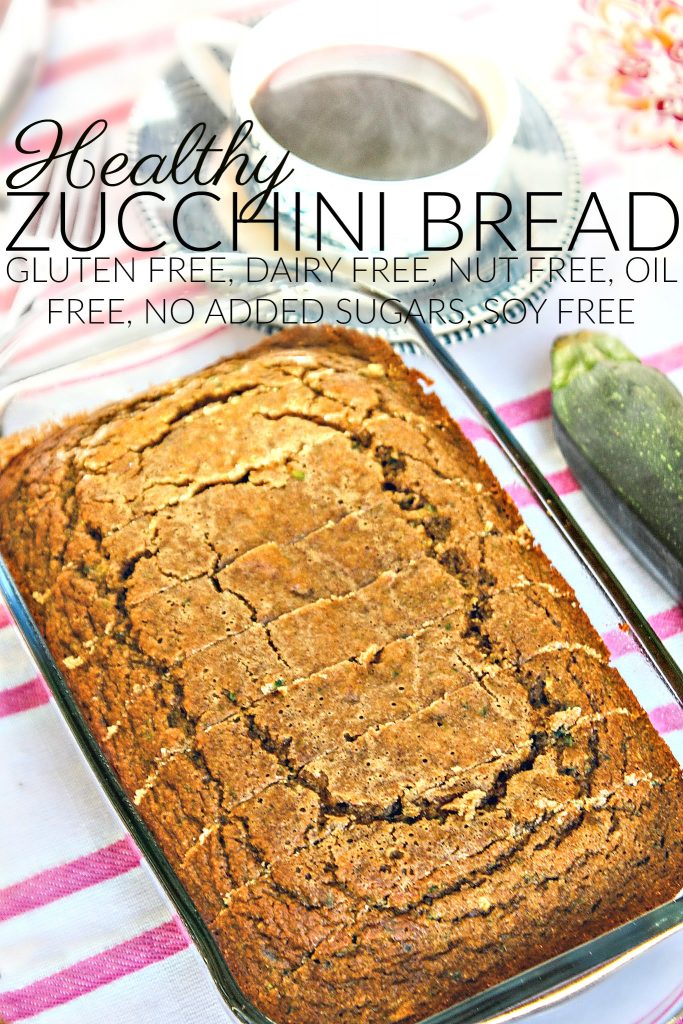 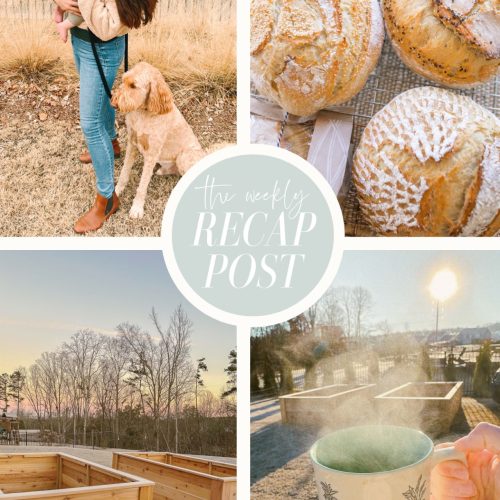 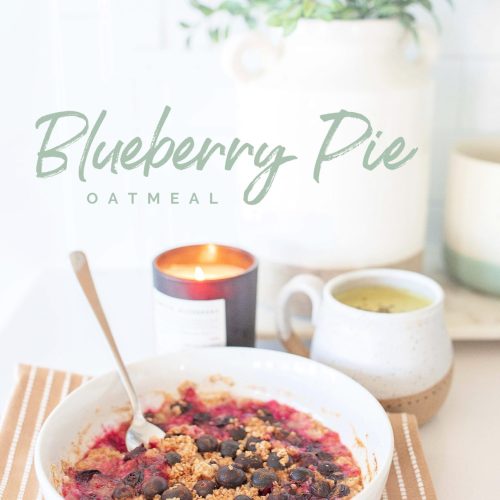 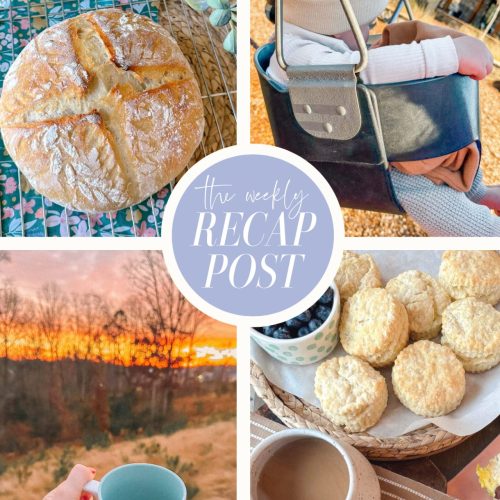