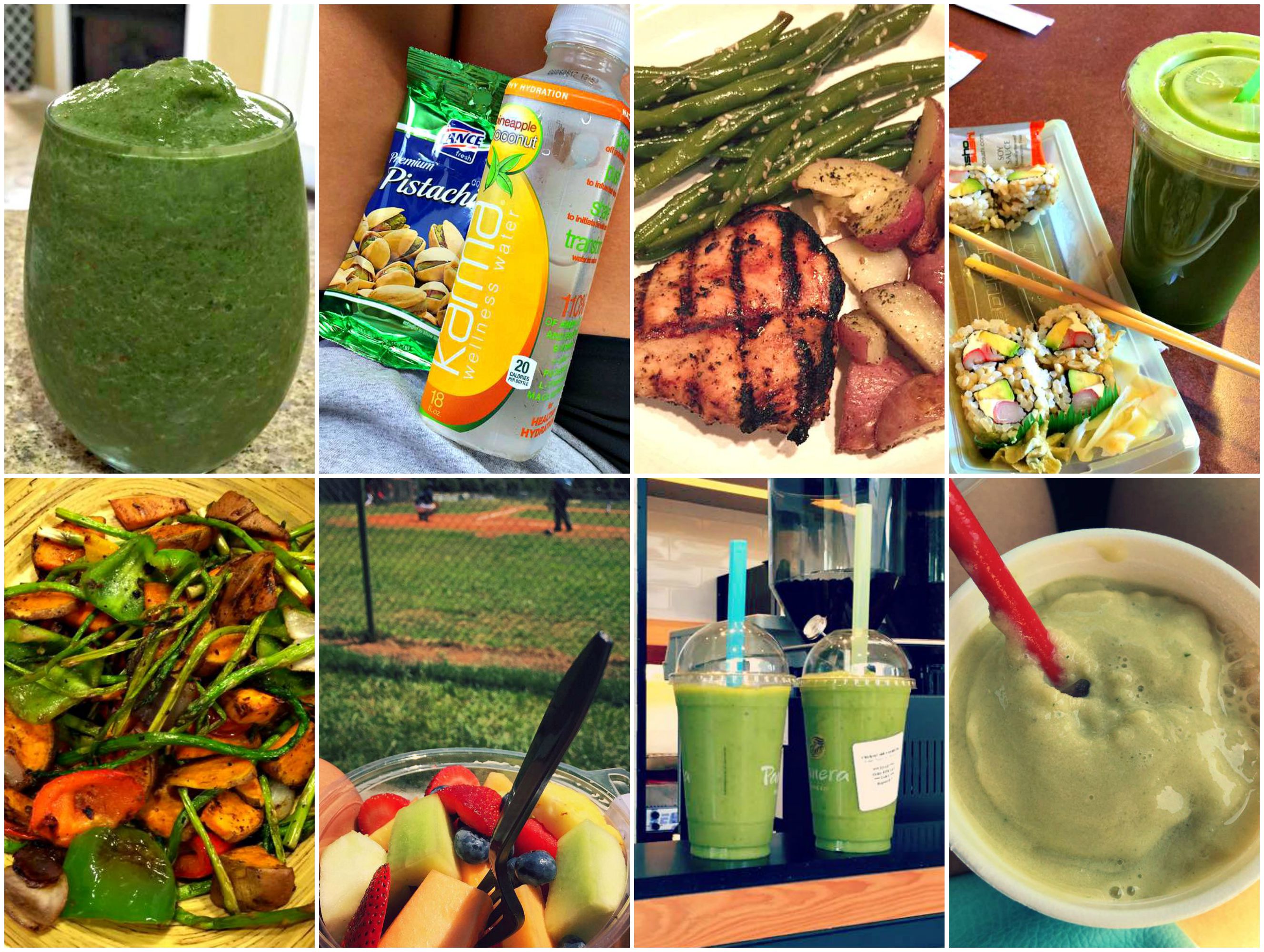 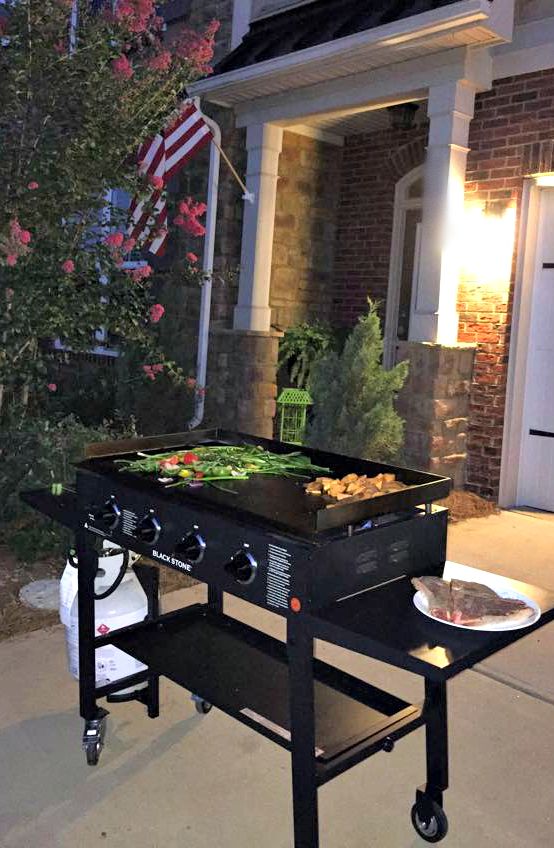 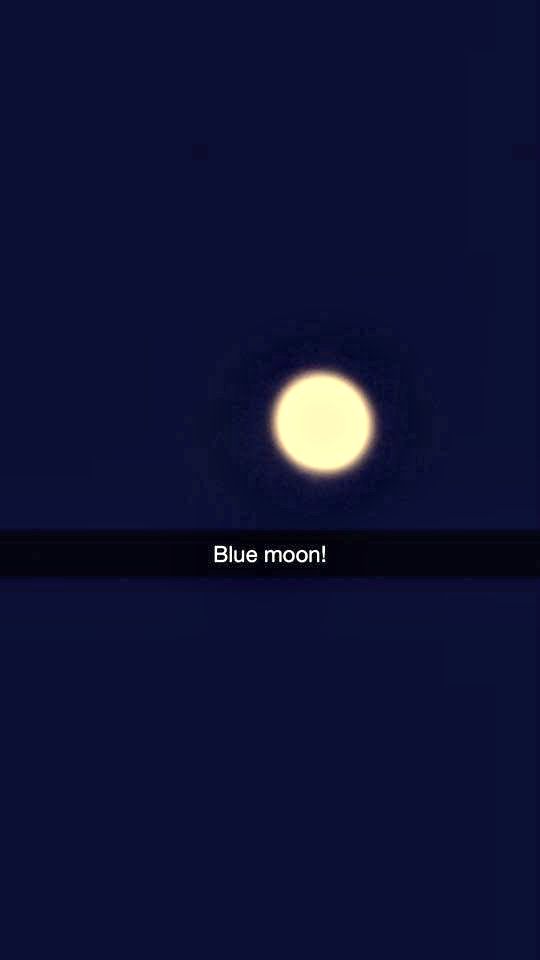 I am getting behind on all the blogging because of my break while I was in Maine and New York. I used to do “catching up” posts all the time, but now I’m REALLY trying to catch up. I’ve decided to skip over a couple vacation posts and keep you updated on current things going on. Don’t worry, I’ll still post my trip. I don’t want to get too far behind, so here is a weekend recap!

Nick and I talked about having a relaxing weekend of just movie marathons and hanging out at the swimming pool, but that didn’t happen. Hopefully we can have one of those soon. We are pretty go go go go go go on the weekends and sometimes I just want to relax. We did kind of have a relaxing Friday night though. Grumples, Tino, Nick and I grilled out. 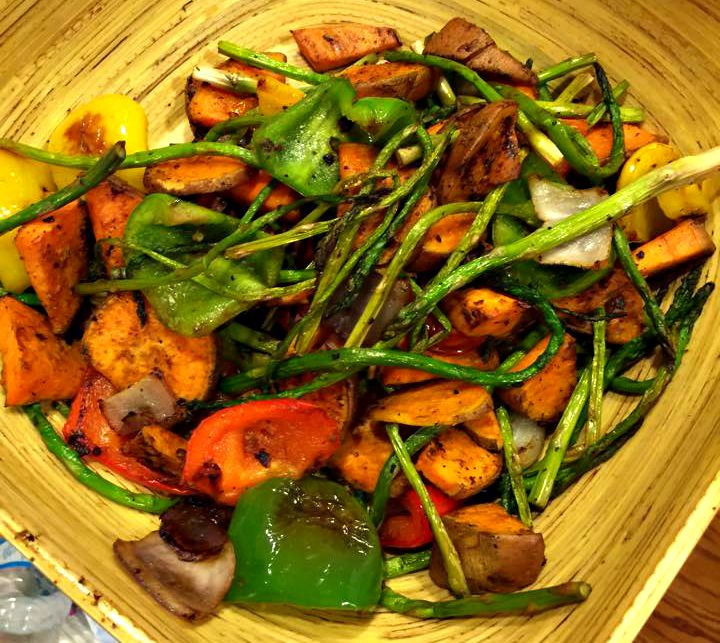 We made seasoned grilled veggies, sweet potatoes, and steak. We ended up being old people and fell asleep at ten after running the dogs. I even had coffee at nine and it couldn’t keep me awake. 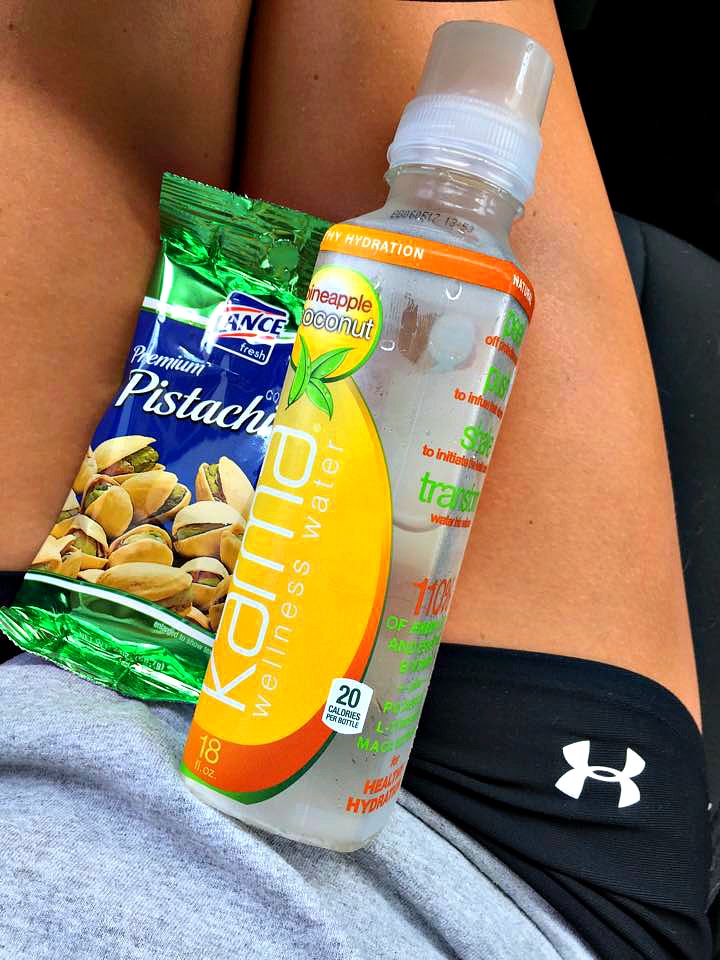 In the morning, I stopped and grabbed a couple snacks for Nick’s baseball game. I’m obsessed with the coconut pineapple karma water. 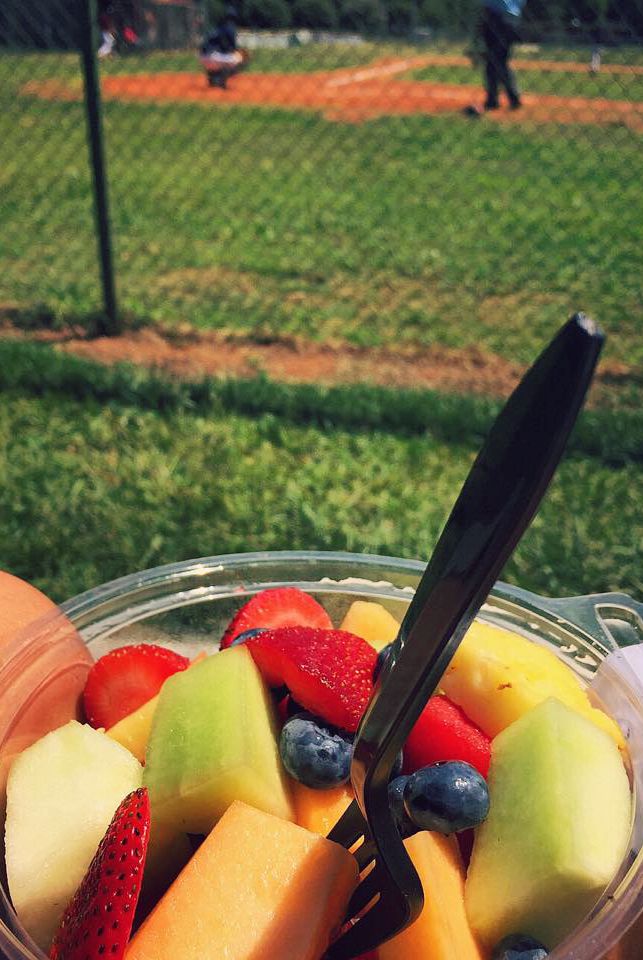 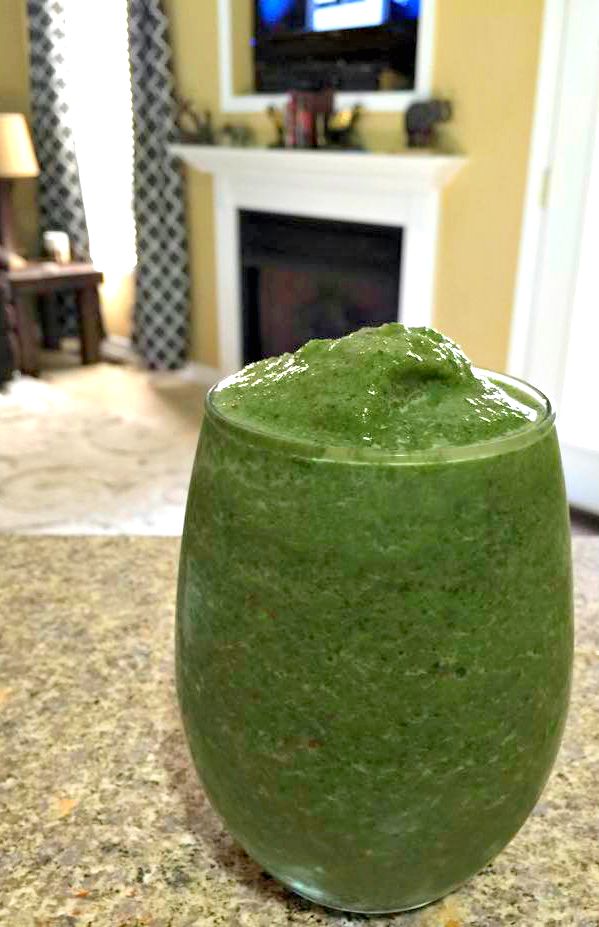 Nick’s games are midday. It’s usually burning hot out there and it’s hard sitting on the bleachers in the sun. I had to lather on the sunscreen this game. I brought fresh fruit for lunch and made a smoothie when I got home. 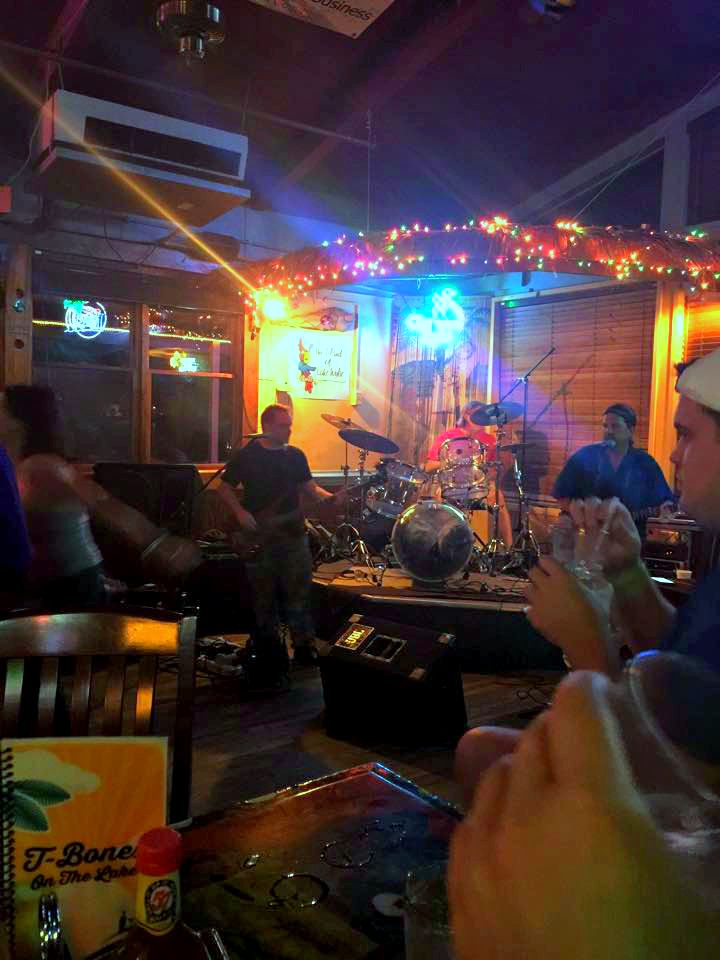 Later Saturday night, Nick and I met up with my parents and a couple other friends for dinner at T-bones on the Lake. 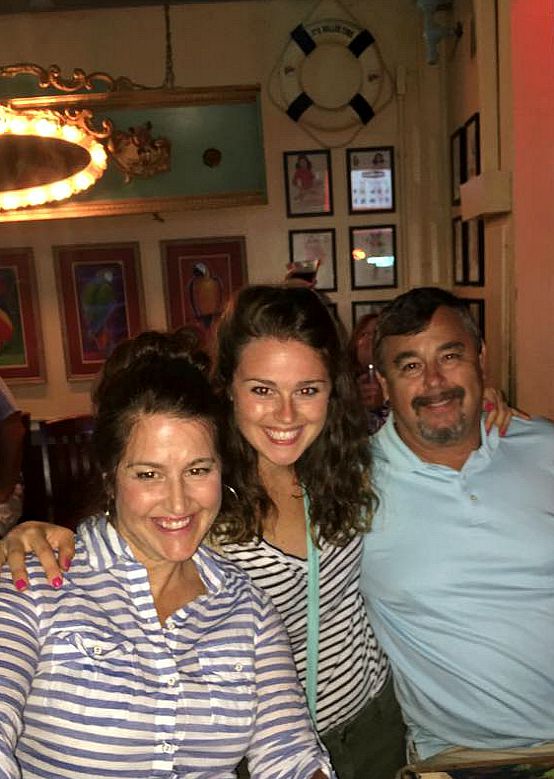 We had so much fun watching the band and dancing. Joe officially has the funniest friends I have ever met. They made themselves rockstars while dancing with older women. My parents also let loose on the dance floor. 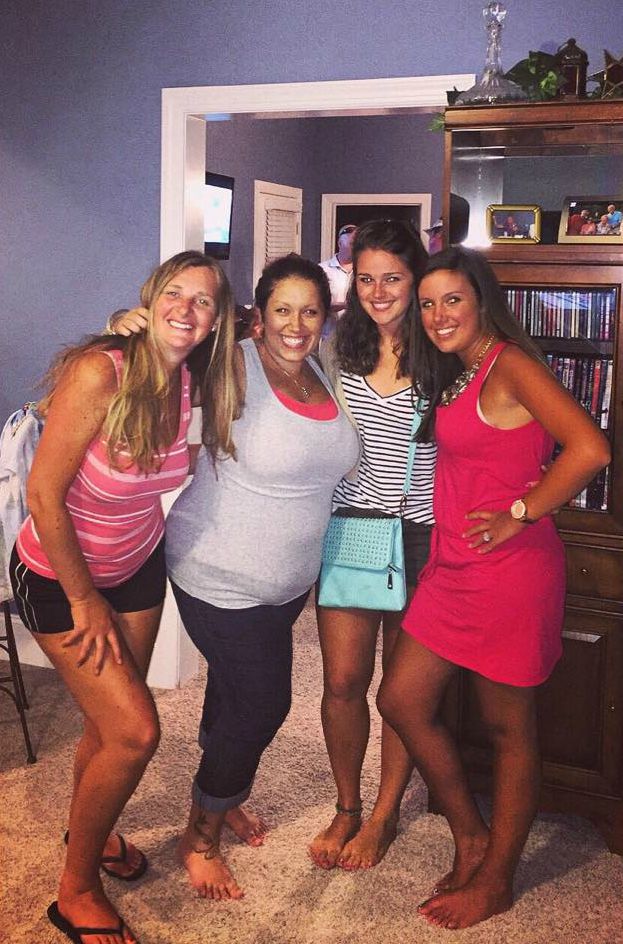 After dinner, we met up with some of our other friends. I’m actually jealous that Nick works with these girls because I love them to pieces. 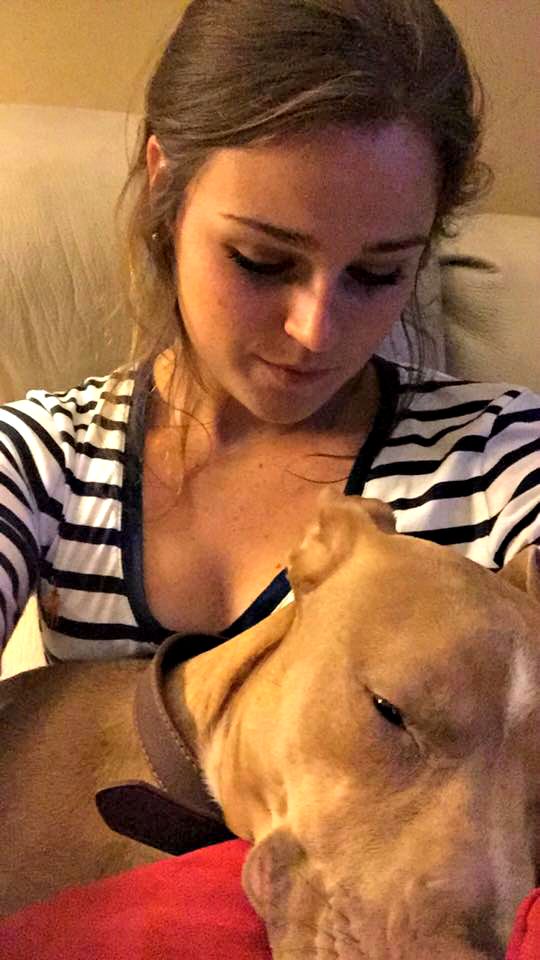 Tino was happy to see us when we got back. We needed up staying at Nick’s parents because we didn’t want to pick up the dogs and drive all the way uptown at 1 am and all the way back for church at 8:30 am. 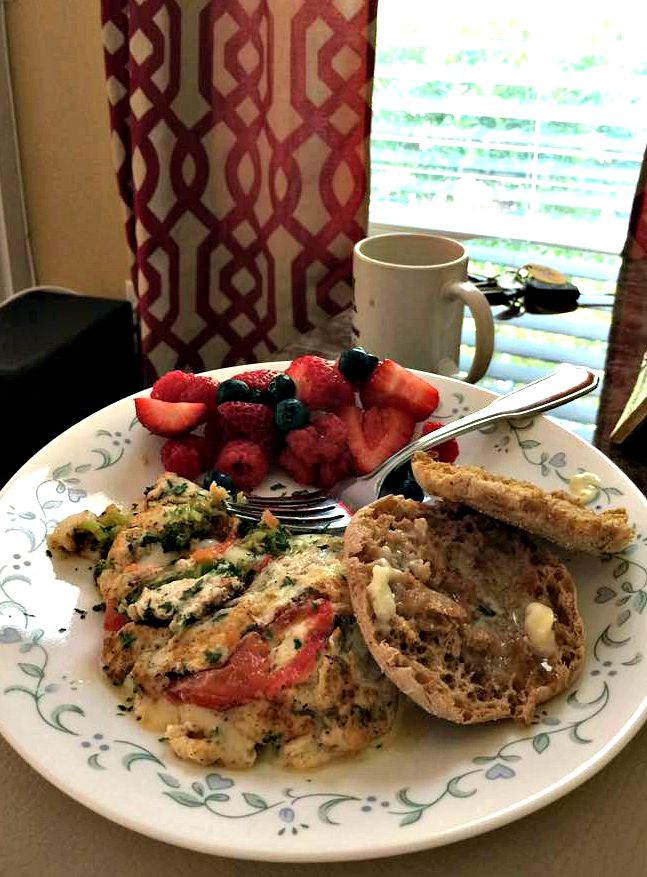 Plus when you stay at Nick’s parents house, you get Ralph’s breakfasts. 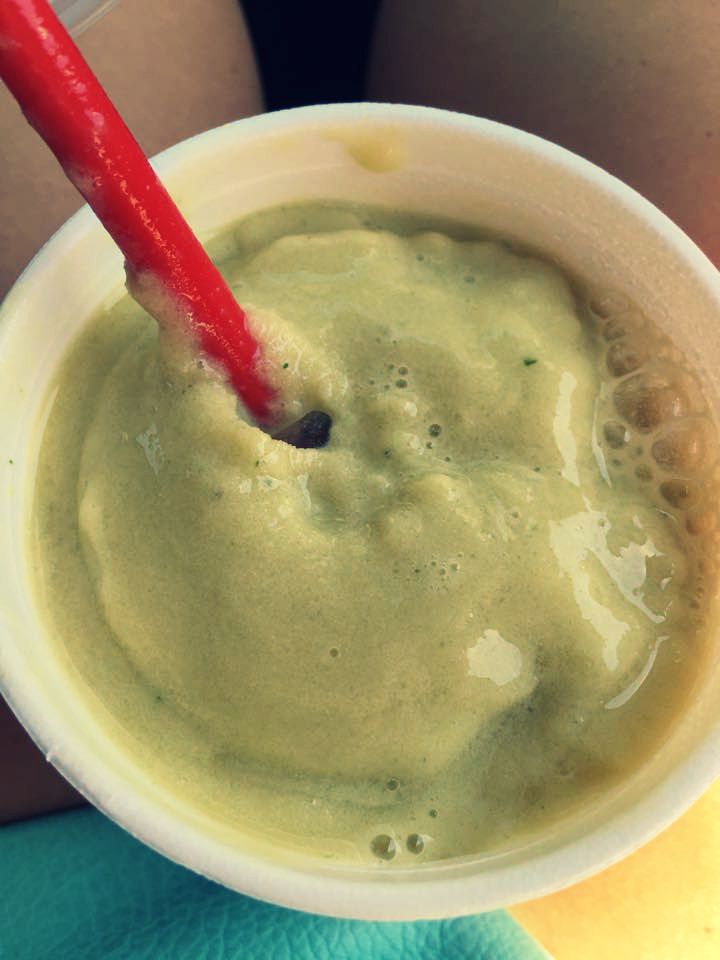 After church on Sunday, Nick and I went to Smoothie King for a drink. I got their veggie blend kale smoothie without any of the juices. I just have them use water. 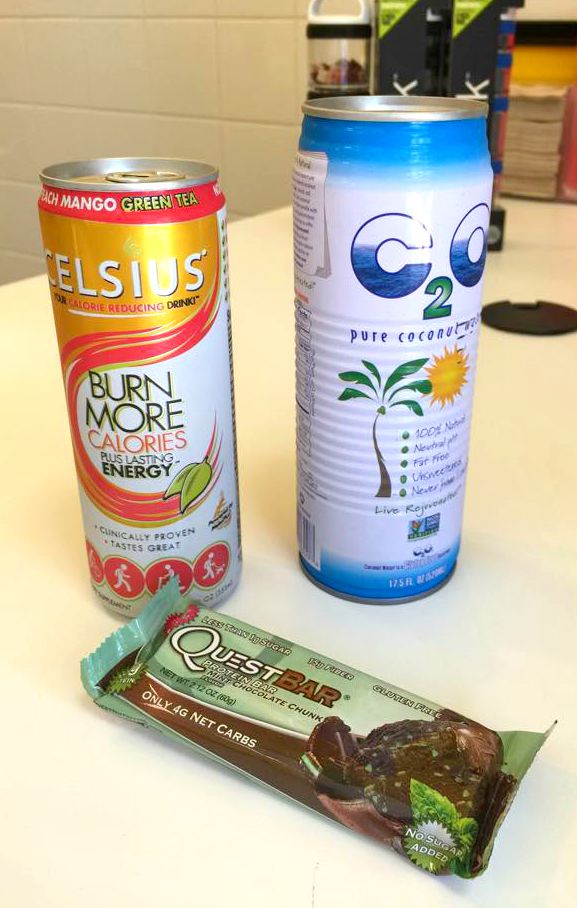 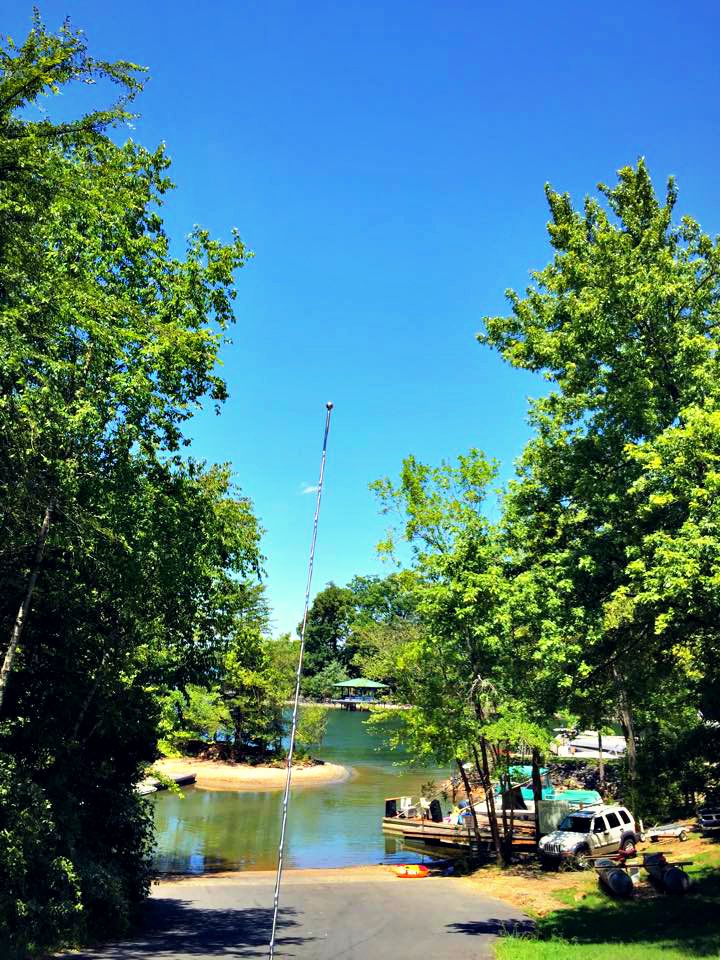 I also got the new Quest Bar flavor! I haven’t tried it yet though! I’ll let you know what I think after. 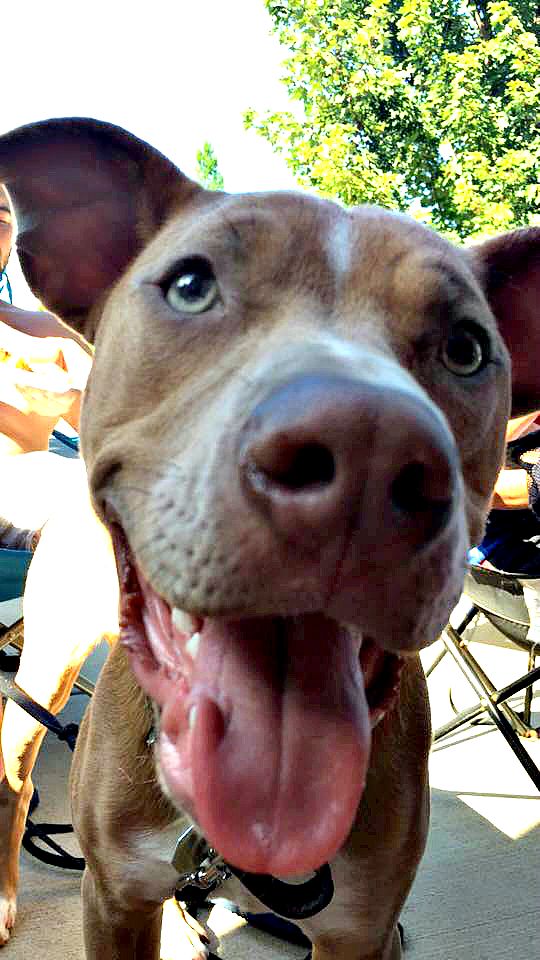 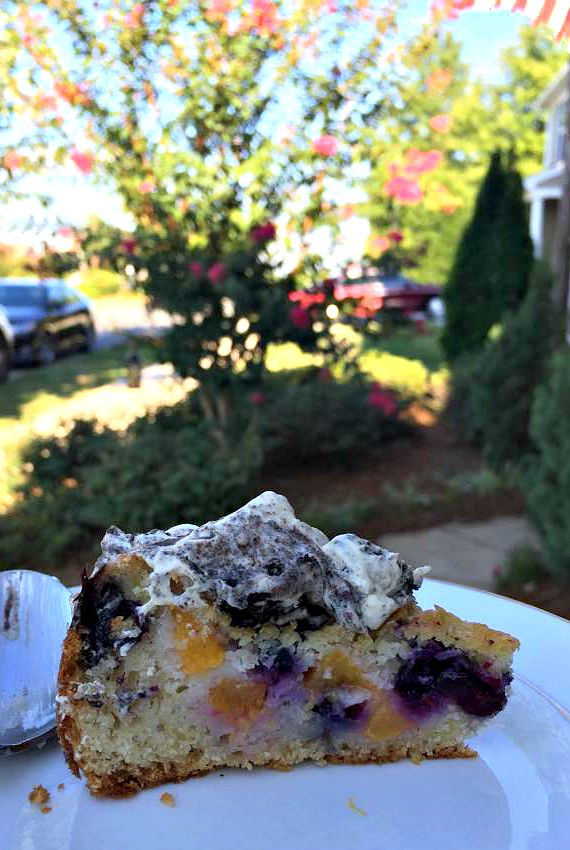 We finally got a relaxing day Sunday afternoon. Nick and Ben went golfing and I originally was going to go, but I wasn’t up for it by the time I sat down. I was so exhausted. Nick has this weird flow of energy where he is nonstop 24/7 and I’m nonstop 12/7. I hung out with Nick’s family and some friends at their house. Ralph made us all food on the grill and Phyllis whipped up a Greek yogurt blubbery cake with peaches and blueberries from the Peach Stand. It was delicious and she go the recipe off of Pinterest. 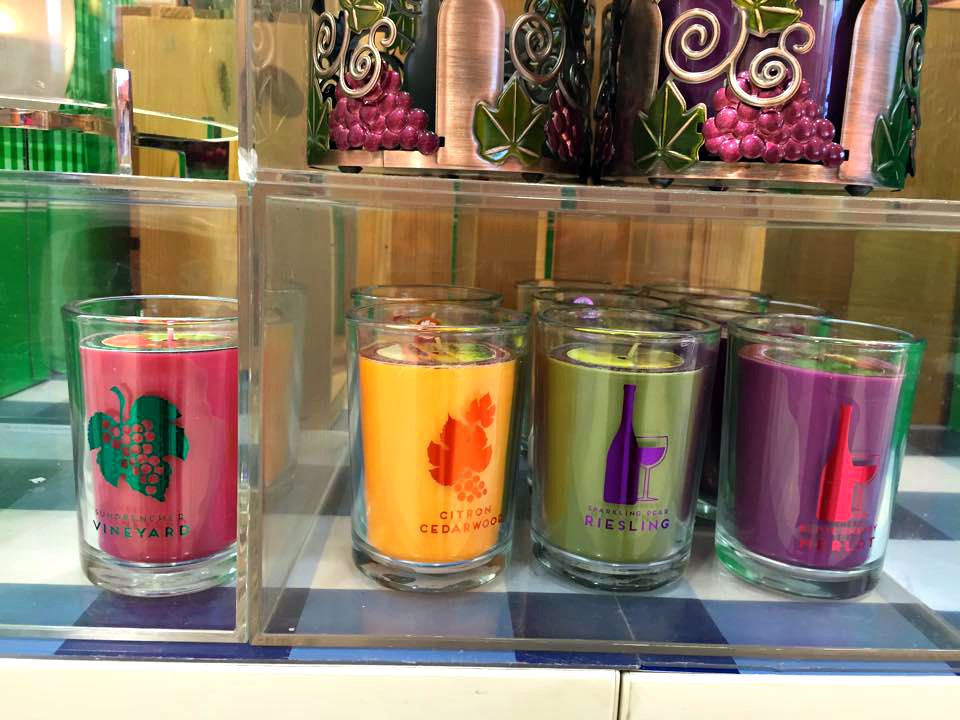 While I was in Maine, my motherboard died on me. I think it was a sign from God telling me to continue my blog break. Thank goodness for Joe’s lack of computer usage because he let me use his all week while mine was at the Apple hospital getting fixed. I went to the mall Monday morning to pick up my computer. While I was there, I stopped at B&B to get a new candle and some hand lotion for the bathroom. I was excited to see their wine scented candles! 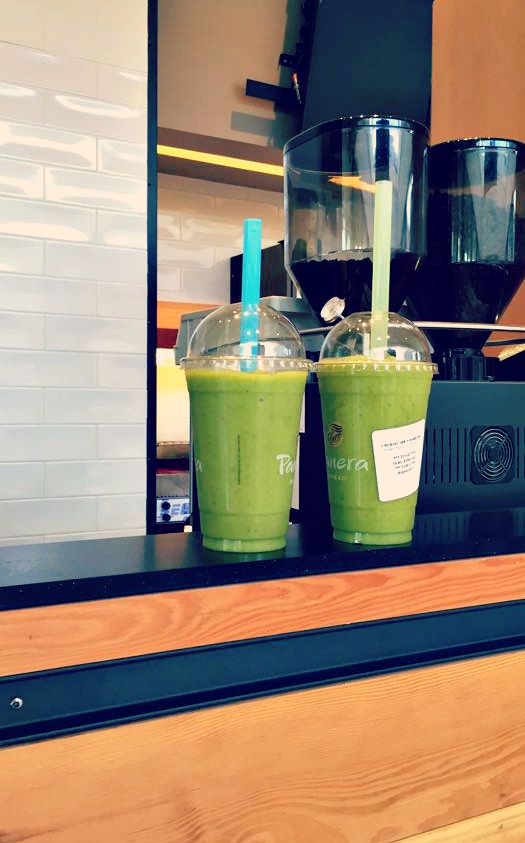 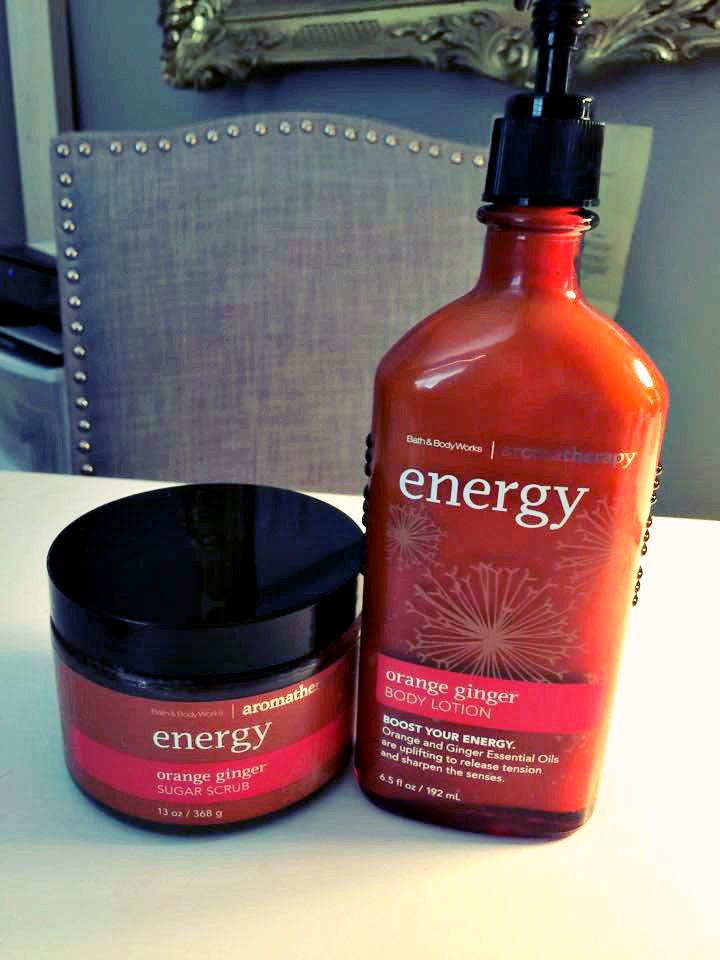 I’m obsessed with the orange ginger lotion and sugar scrub. I have been for years. I picked Nick and I up some smoothies and salads for lunch and then headed back. 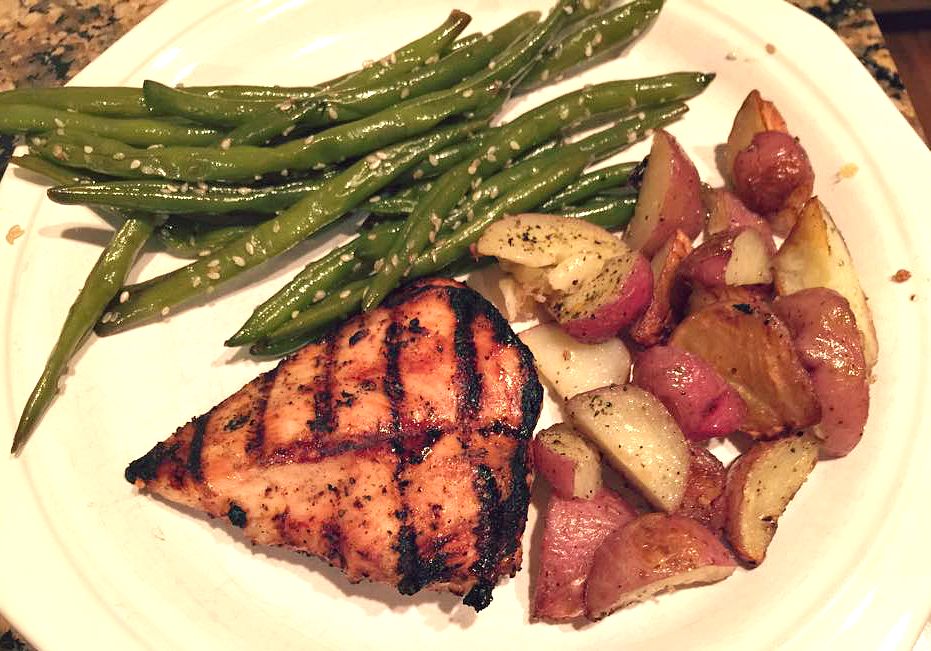 The green beans and roasted red pepper recipes can be found here> https://simplytaralynn.com/2013/10/10/another-typical-dinner-night-post-roasted-avocado/ 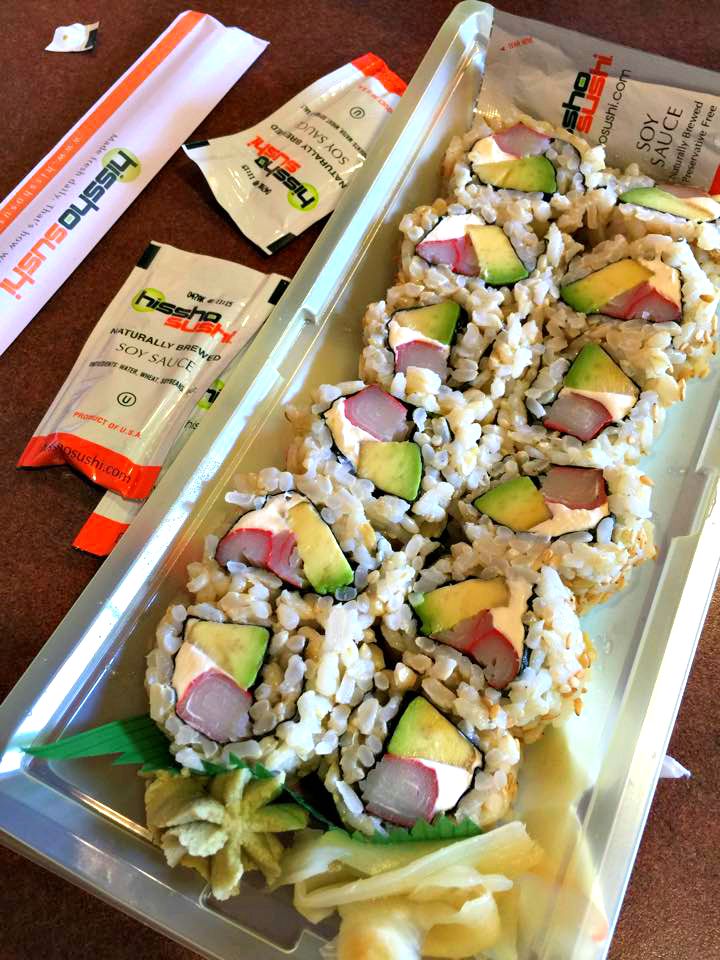 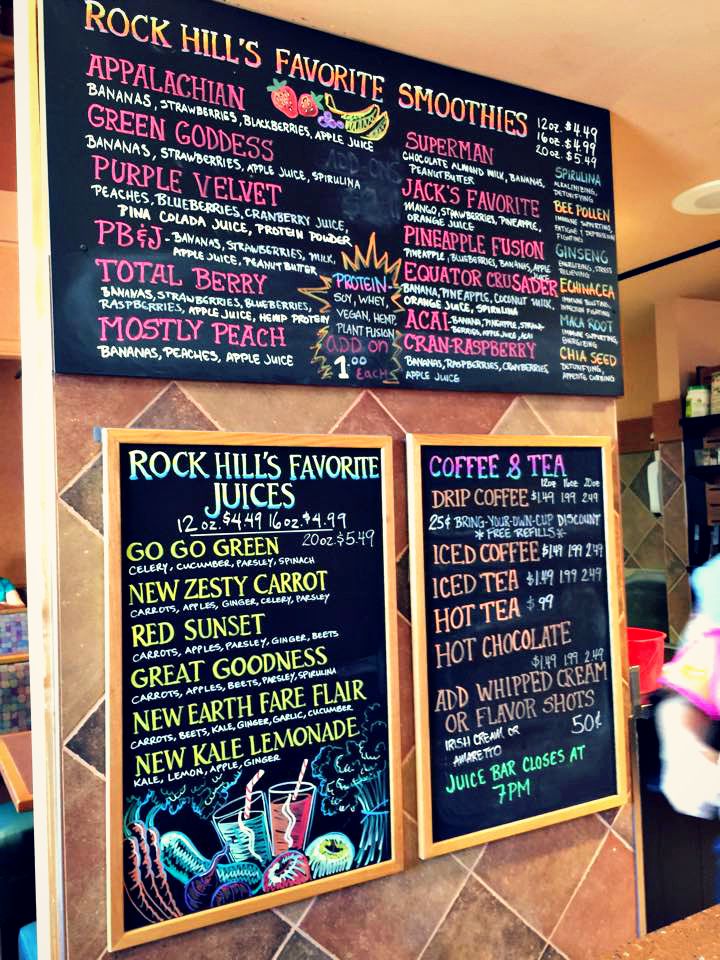 Yesterday after getting some things put together for school, packaging for the shop, and getting my hair trimmed, I headed to Earthfare for lunch. 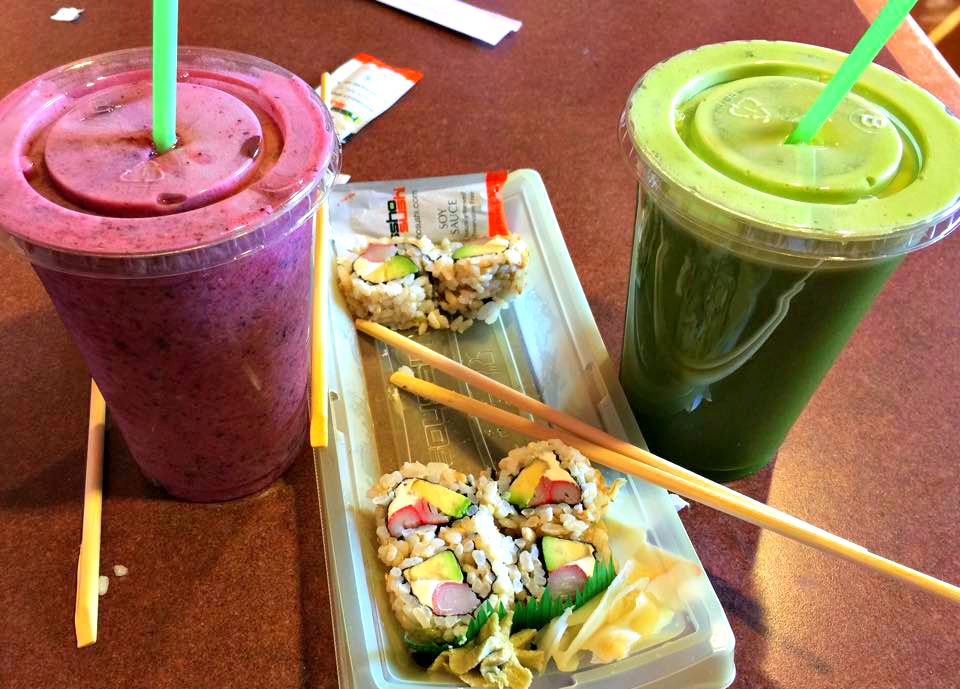 I had their sushi and green juice! The juice had mint, ginger, lime, lemon, turmeric, celery, cucumber, parsley, and spinach. It was delicious! 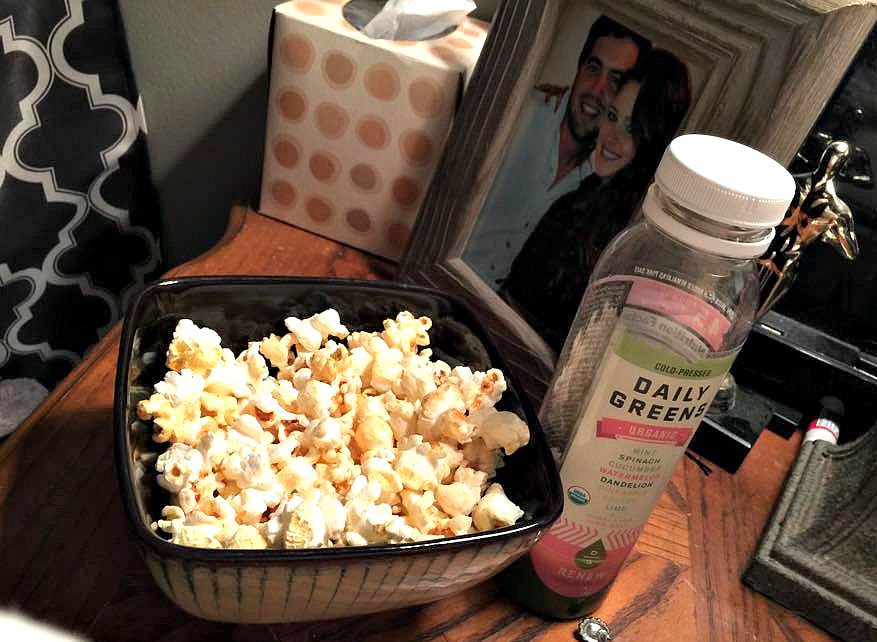 At seven I had karate and it was fantastic. I’m in love already. I had a bowl of popcorn and Daily Greens juice before bed. I fell asleep watching Glee! 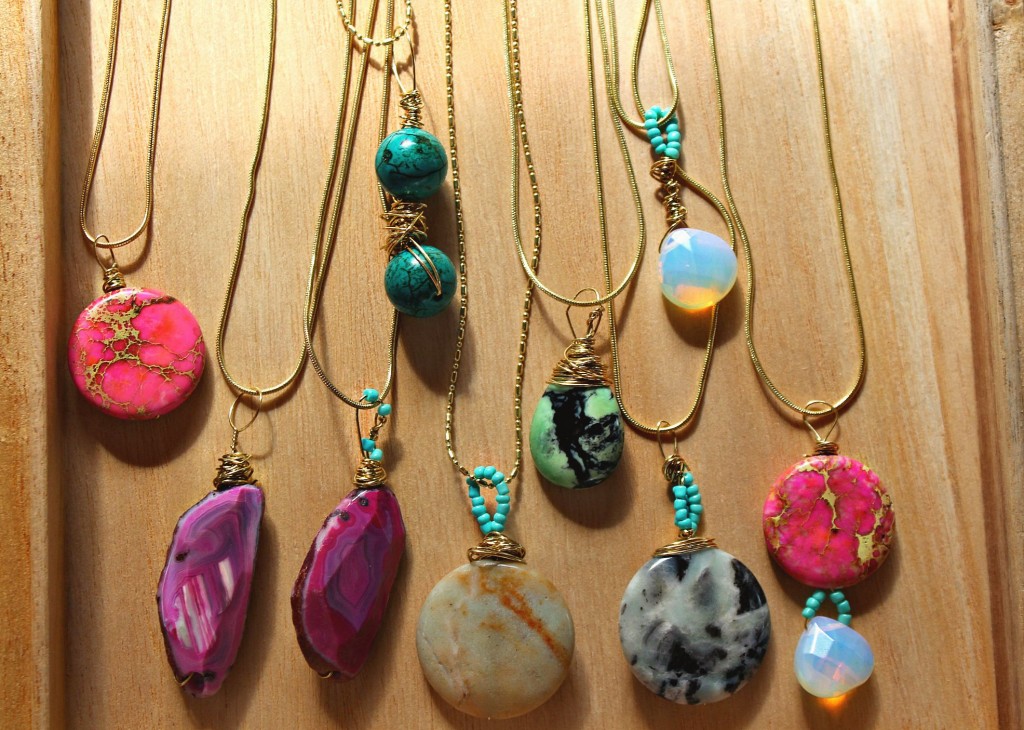 And this morning, I made some necklaces for the shop with the stones I bought in Washington D.C. 🙂