It’s -11 degrees and feels like -36. We have no water because the pipes are frozen, and Grumples has to wear socks to go outside. On a positive note, it’s the perfect time to catch up on blogging. I have a lot of organizing to do with some older posts.

Wherever you are today, stay warm! Saturday night, Jeremy’s parents and I headed over to the Charity Room for dinner. We were still celebrating Jeremy’s birthday. I started out with a house salad and ranch on the side. For my entree, I ordered pineapple glazed grilled chicken with mashed redskin potatoes and the steamed vegetable medley. Later that night, we all headed over to our favorite spot, Terry’s Terrace for drinks. I was he voluntary DD that night and was 100% okay with that choice. It was freezing cold, and all I wanted was to warm up with some hot lemon tea. On Sunday, I woke up early and had breakfast. After Cindy, Jeremy’s mom, got up and around, we went out in the snow apocalypse for a little shopping date.

The roads were starting to get bad by the time we got home. We were supposed to meet Jeremy and his Dad at the Brazilian Steakhouse for dinner, but we didn’t want to risk our lives out on the Interstate.

To warm up, I made a little coconut latte. I usually make these with coconut milk, but didn’t have any in the house. My coconut latte had: 1 cup unsweetened almond milk, 1 pump coconut syrup, and 2 shots of ILLY espresso with coconut sprinkled on top. I also had a bowl of popcorn with my latte. I found my new favorite popcorn brand. I’ve had Skinny pop and Boom Chicka Pop and absolutely loved them! But I gotta say…this one tops the cake! It’s called Chia Pop and I found it at Kroger. I know it’s sold at Whole Foods, too. For dinner, I made a wrap. I stuffed the wrap with avocados, iceberg lettuce, spinach, turkey, and a slice of mozzarella cheese. I’m obsessed with these wraps. They are Low-In-Carb Tumaro’s tortillas. The ones I used were 8” multi-grain. Tumaro’s has tons of different flavors of wraps. I need to find some of them. They are only 60 calories with only 100 mg of sodium (Most wraps have 300 mg +) 6 grams of protein! 7 g of fiber, 2 g fat, and 11 grams of carbs. I love the taste of them, too! I’m going to make enchiladas with them Thursday night! Jeremy’s parents were snowed in with us. They decided to stay another night and I was pretty excited! Jeremy drove into work on Monday and I spent the day with his parents. Jeremy’s dad went out for breakfast up the road at a little lakeside diner while Cindy slept in. I made a quick brunch for myself. It was a repeat of yesterday’s lunch. I added boiled eggs to this wrap, tho.

Folding up wraps restaurant style is simple. First, you lay the lettuce on top of a flat wrap, and then the rest of the toppings. Fold one side into the center of the wrap. Make sure it’s folded all the way over so you can’t see any of the fillers and then fold the other side on top and do a quick flip over. Use a sharp knife to cut the center.

I’ll most likely have to do a tutorial video because explaining it sounds much harder than it actually is. Around five pm, Jeremy’s mom and I had a quick bite to eat. I know I said I was sick of salads, but I didn’t want anything to filling because we were going out to dinner later that night to watch the Auburn vs. Florida game. (Not that I really cared about the game) I’ve had enough football for one weekend. Of course we went to Terry’s Terrace. I’m not kidding when I say it’s our favorite. My parents are hooked and now Jeremy’s parents are too. First, we started out with a Team Platter. It came with potato skins, beer battered shrimp, spinach artichoke dip, and chicken fingers. We also had a side of mussels. I had tried them before, but couldn’t convince myself like them. The texture and appearance freaks me out. They didn’t taste bad last night, but they still gross me out. I just can’t. My meal also came with a side salad.

I ordered the salmon with redskin potatoes. As usual, it was perfect! And now that the weather is unbearable, I have been doing inside workouts with the Xbox. My favorite is Just Dance and the Jillian Michael’s. What types of workouts do you like to do in the winter? 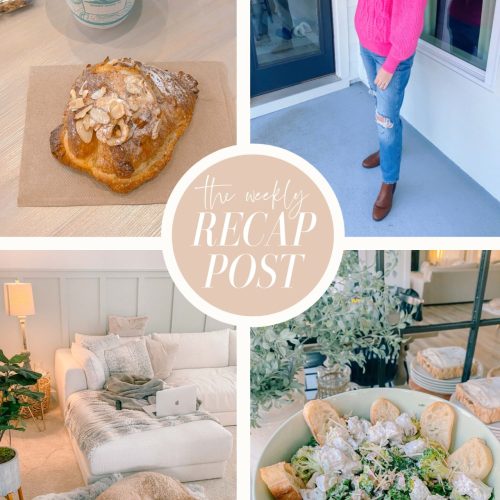 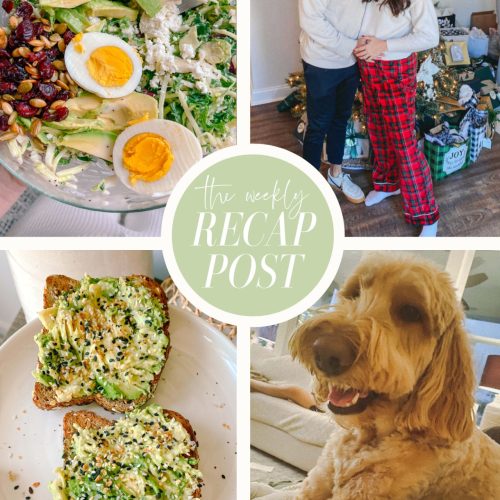 The Recap | Celebrating The Holidays Alone This Year! 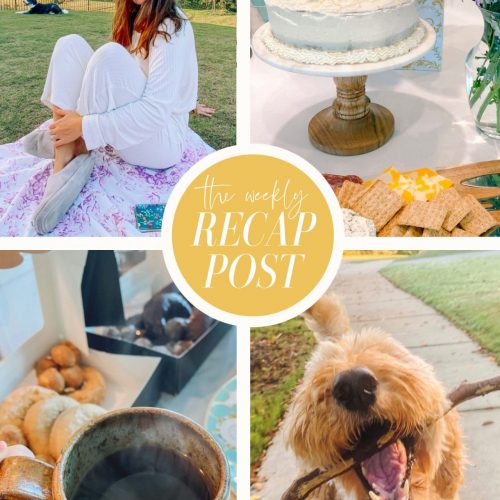