I just got back from a two-mile walk with the dogs this morning. The weather has been a dream the past few days, and it has me dreaming of spring, which comes pretty early in the south. The windows are open, the birds are chirping, and I’m sipping my coffee as I dive into today’s recap. It’s day two of 25 days of January, and I’m excited to share what I’ve tossed and a few recipes I’ve made. 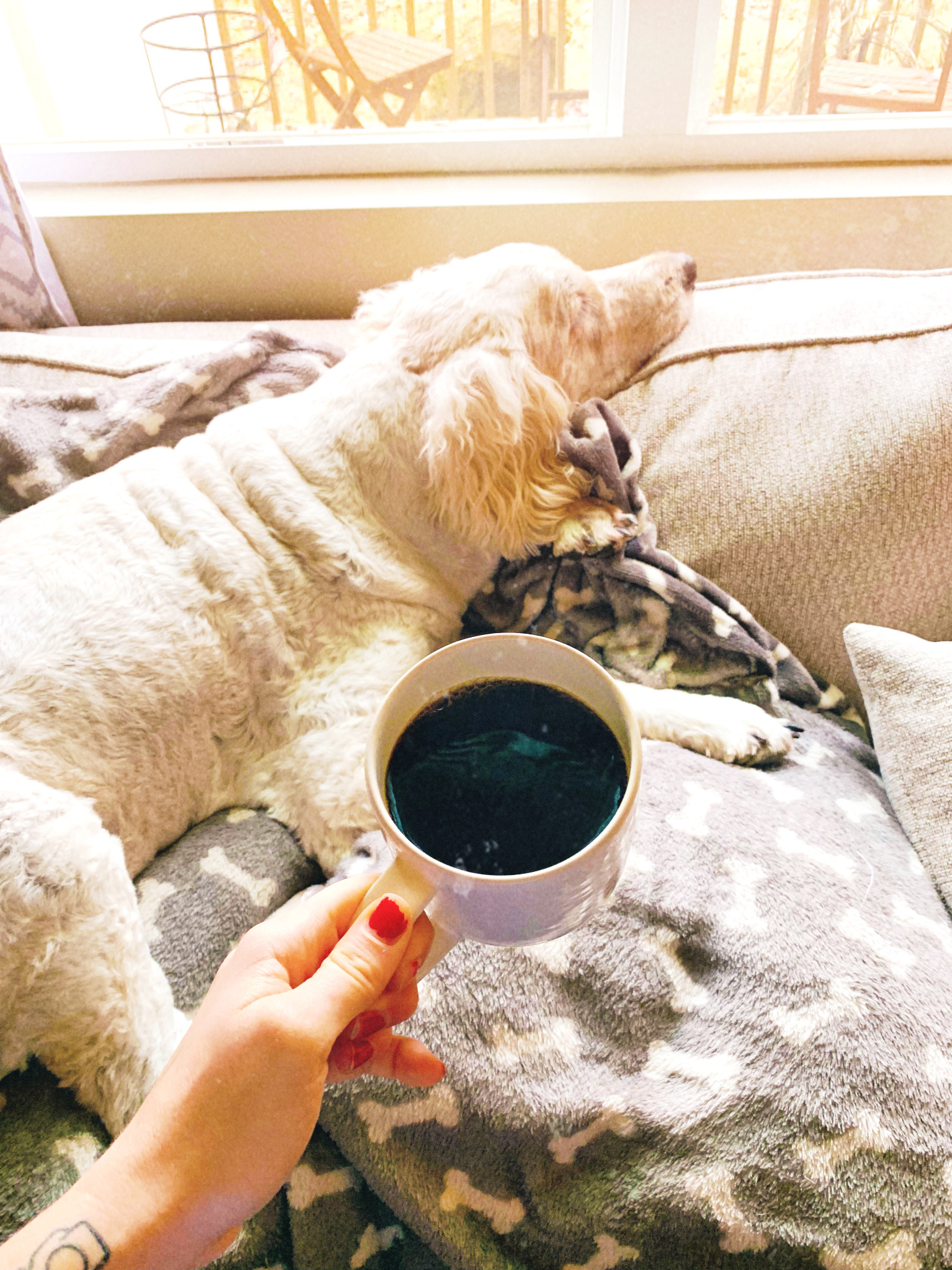 Grumples has been extra cuddly lately. I think it’s because he’s cold from losing so much hair at the groomers. His allergies have been flaring up, so he’s on medication this week, and he’s finally recovered from an ear infection. Between him and Leo, we’ve had about seven trips to the vet in December.  I’m happy to report that he’s only gained 1.9 lbs since the last time he’s been at the vet. He had a 15-pound weight loss over the past year, so I’ve been so proud of the changes we’ve made together. It always feels good to know your pup is healthy, especially since he’s going to be eight this summer! Can you guys believe it? It feels like just yesterday when I was introducing him to you all. 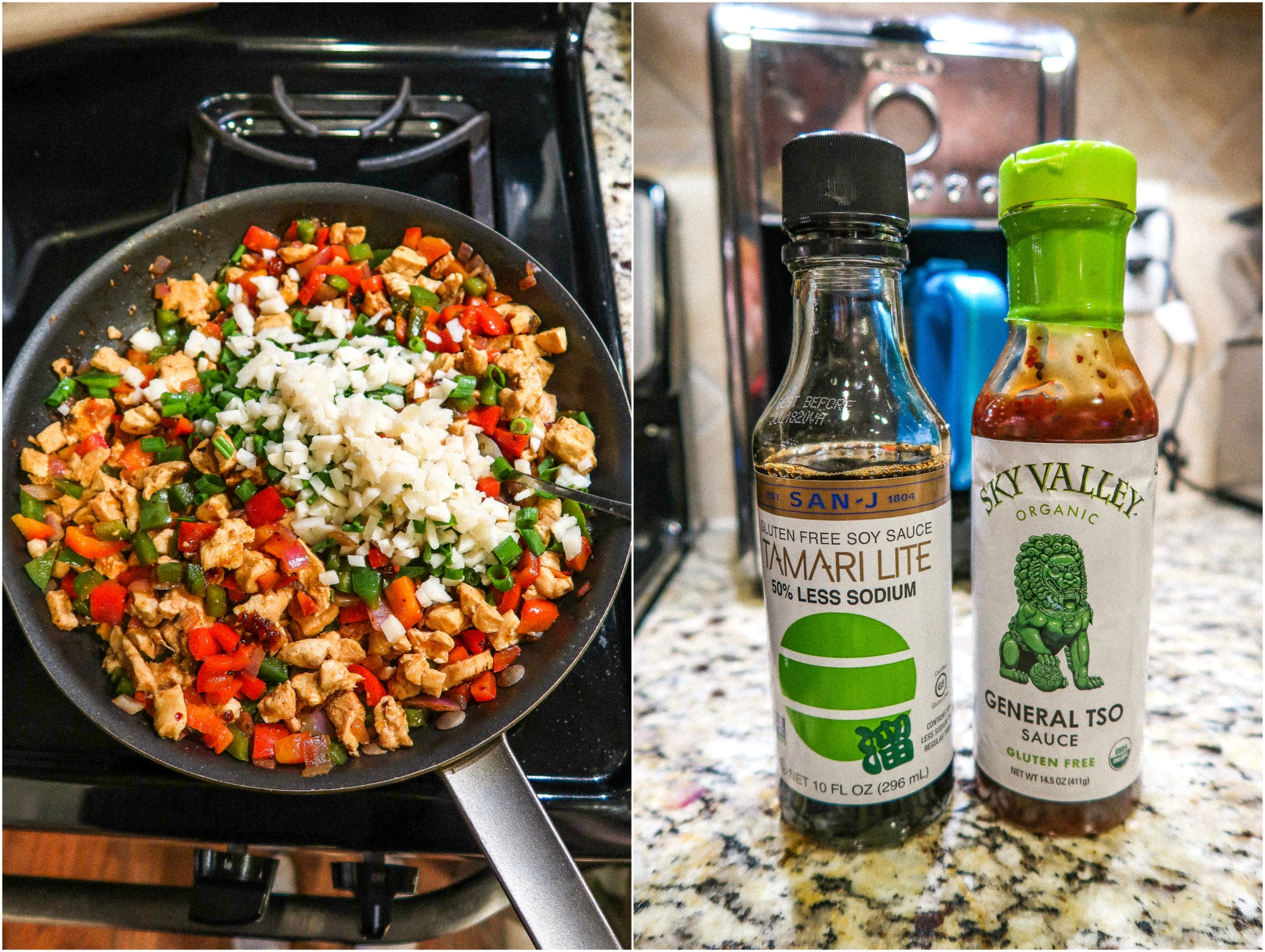 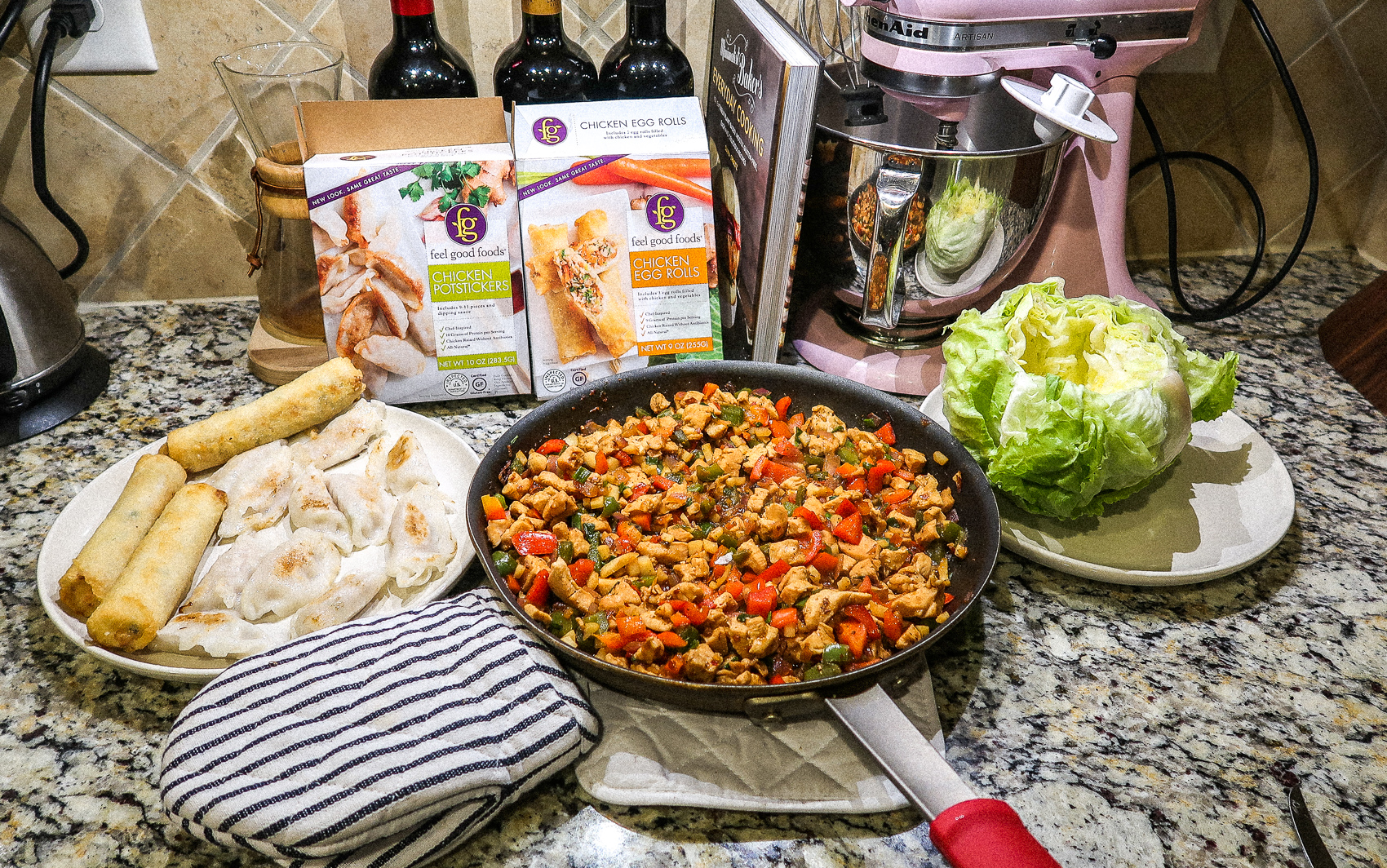 Even though it’s Plant-Based January here at Simply Taralynn, I’m sharing a non-plant-based dish we made last week before we rang in the new year. There is a sushi restaurant in Fort Mill called “Akahana,” and they have the best ginger salads and chicken lettuce wraps. I came across an old post on my blog, and as soon as I saw the photos of the lettuce wraps, I knew I had to make them asap. They sounded so good! After Kyle and I left the gym, we headed over to Earthfare to pick up all the ingredients for the wraps.

They turned out soooooooooooooooo dang delicious. The only thing missing in this recipe was the crunchy rice noodles, but that is what happens when I decide not to make a grocery list before shopping. I’m going to try this recipe with tofu, so I’ll make sure get the rice noodles then. 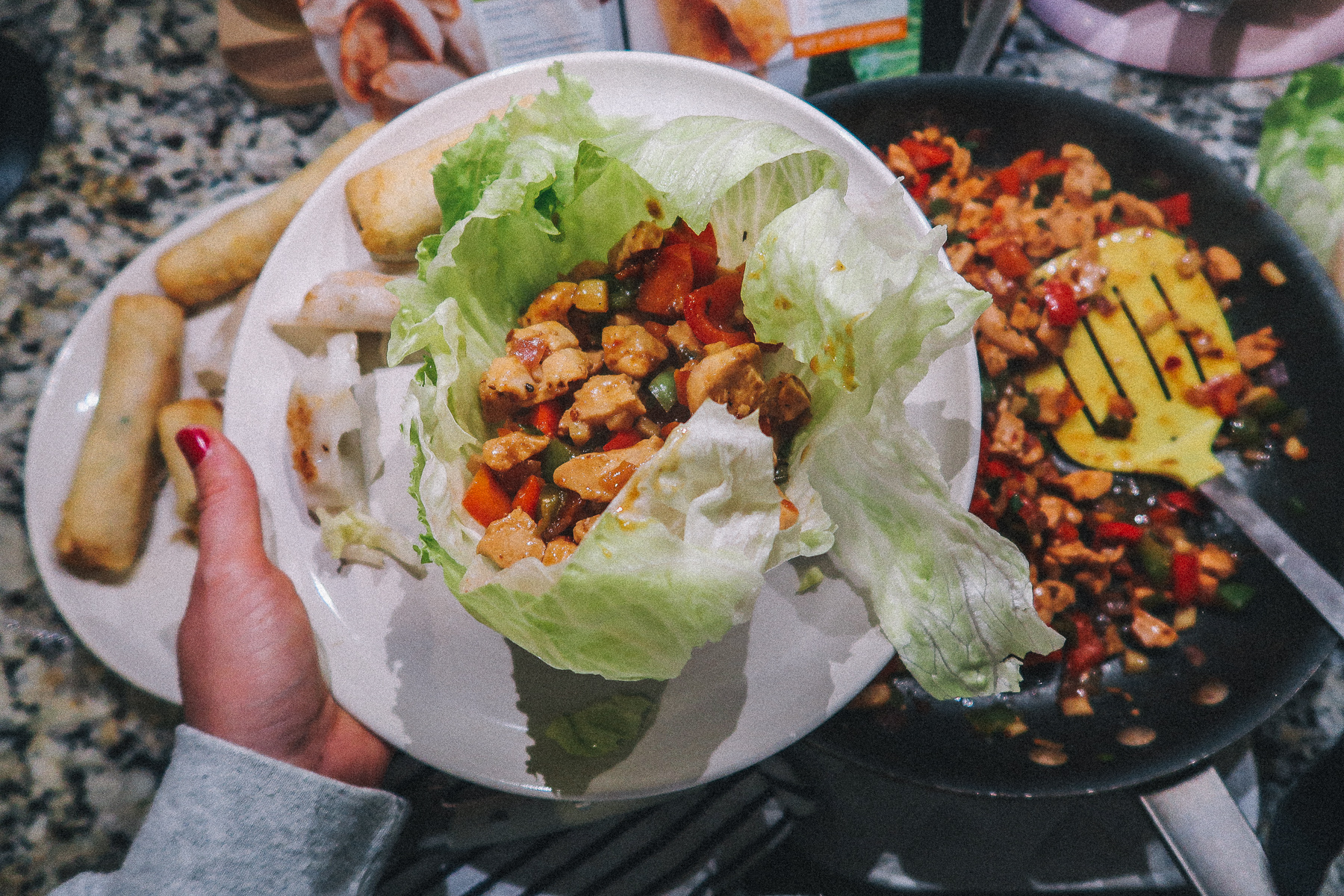 If you freeze the lettuce for about ten minutes before serving, they hold up better and have an extra crunch. We also had gf/df eggrolls and dumplings for the side. We buy the Feel Good Foods kind in the freezer section at Earthfare. We watched Birdbox and started working on a puzzle. Kyle and I have been way too into puzzles lately. 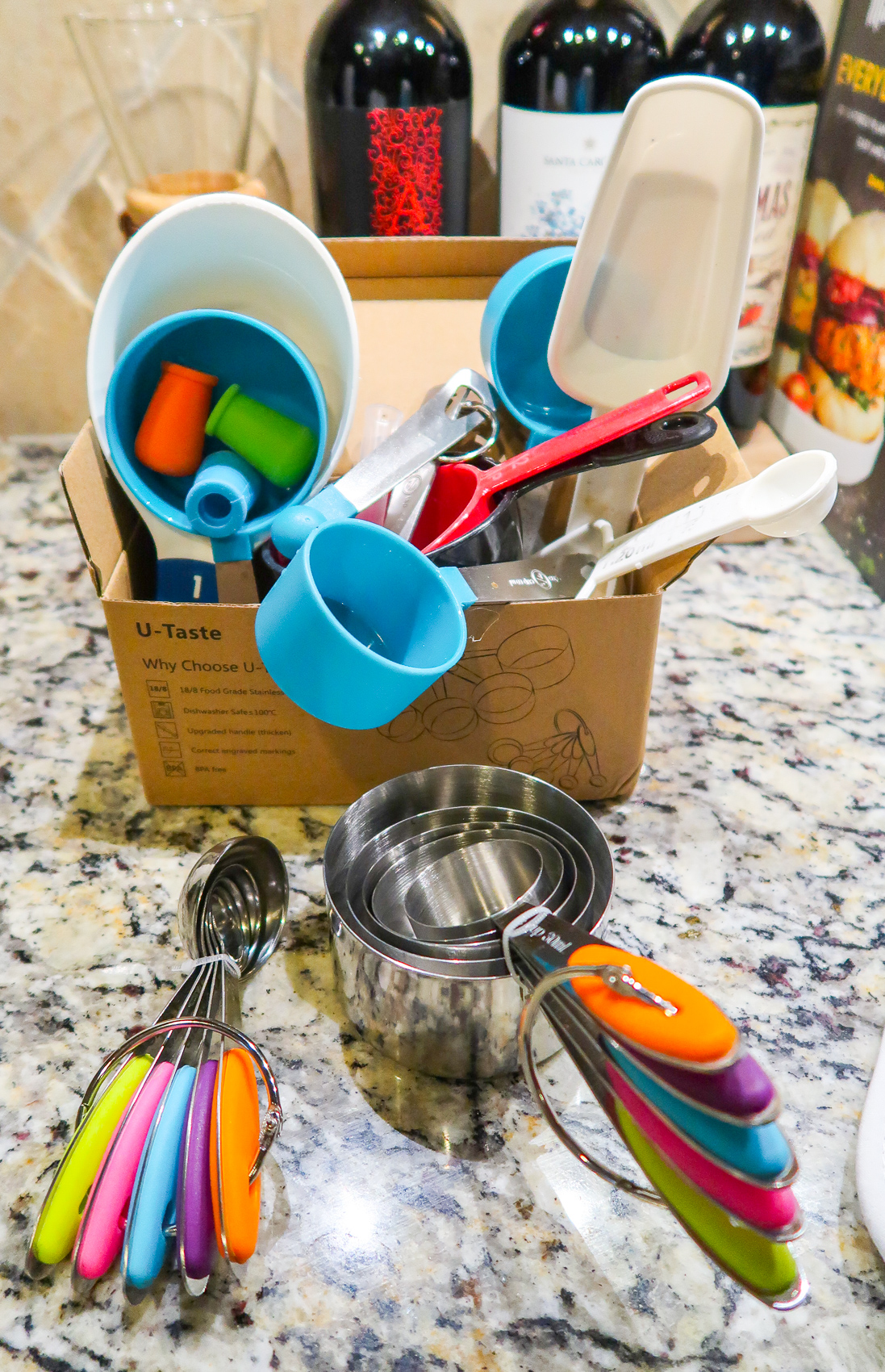 I know my declutter challenge was for 2019, but I couldn’t wait to get a head start on it. One of the most annoying things happening in my kitchen was the random measuring spoons in the drawers. I could never din what I needed, and I hated how they were all over the place. I decided to take all of them and put them in the donation box. I bought a set of measuring cups that are together without missing spoons to replace them. They take up less space and having them attached is more convenient. And because I bought them before Christmas, the whole “no-spend” thing didn’t apply 😂 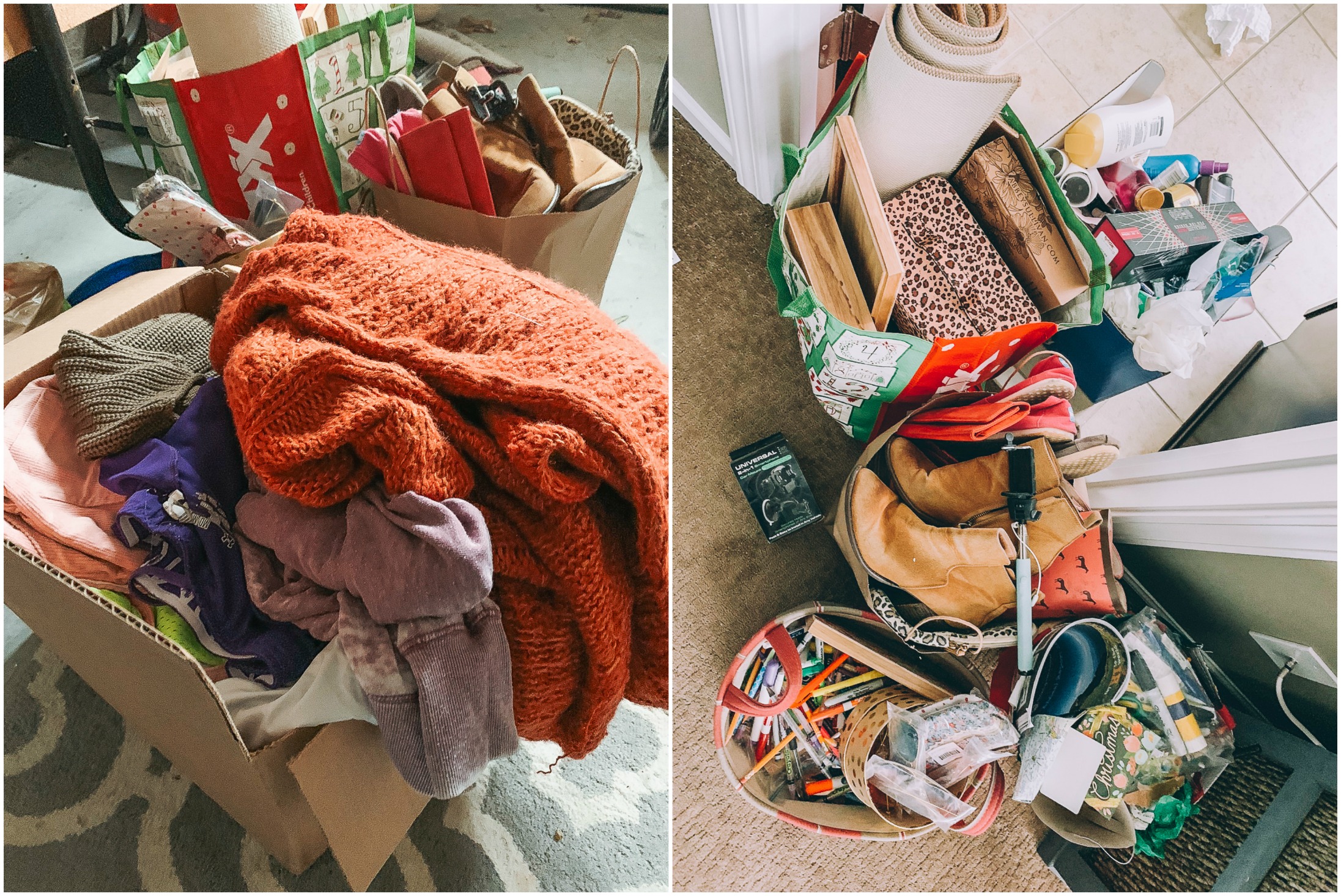 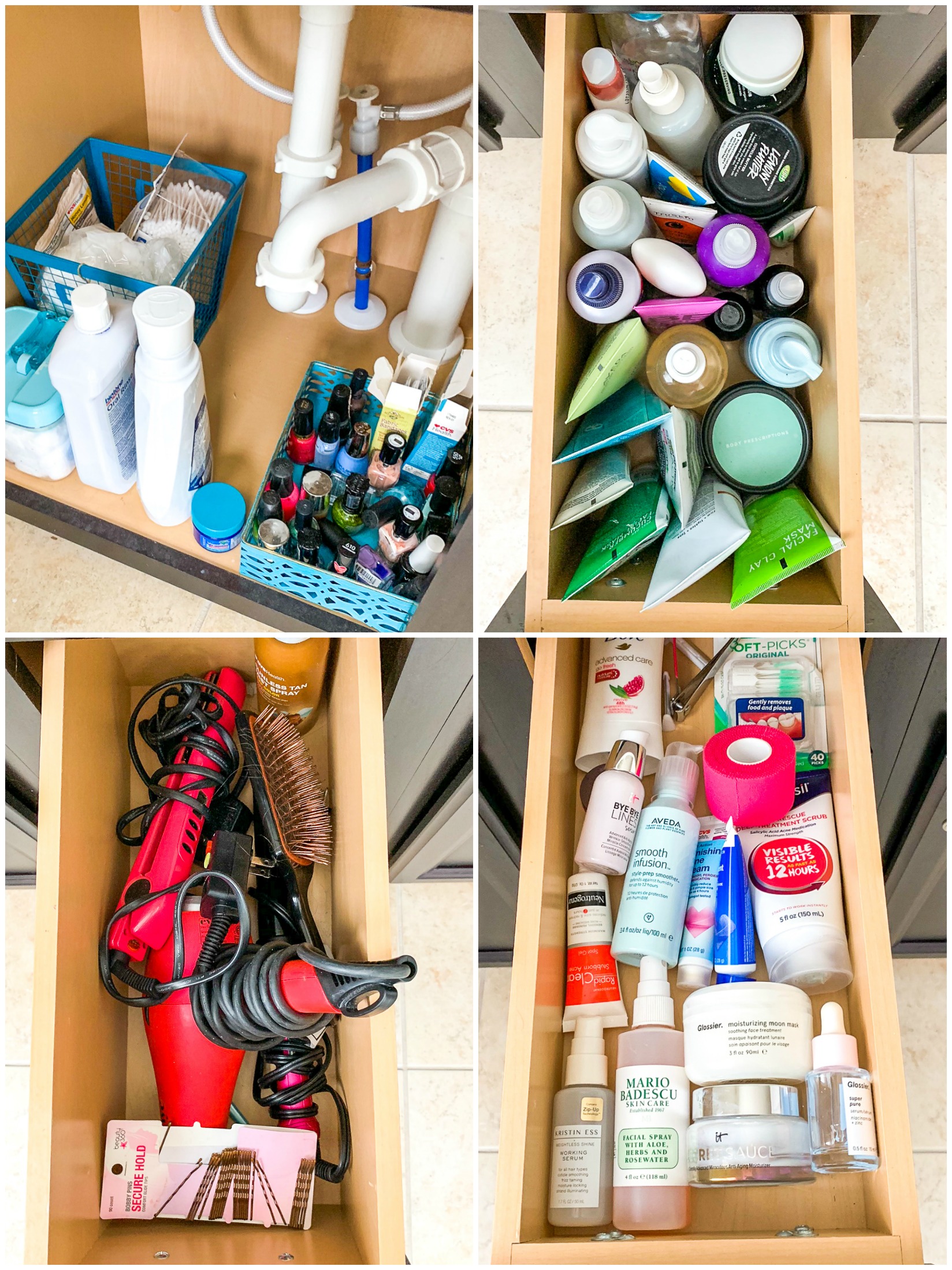 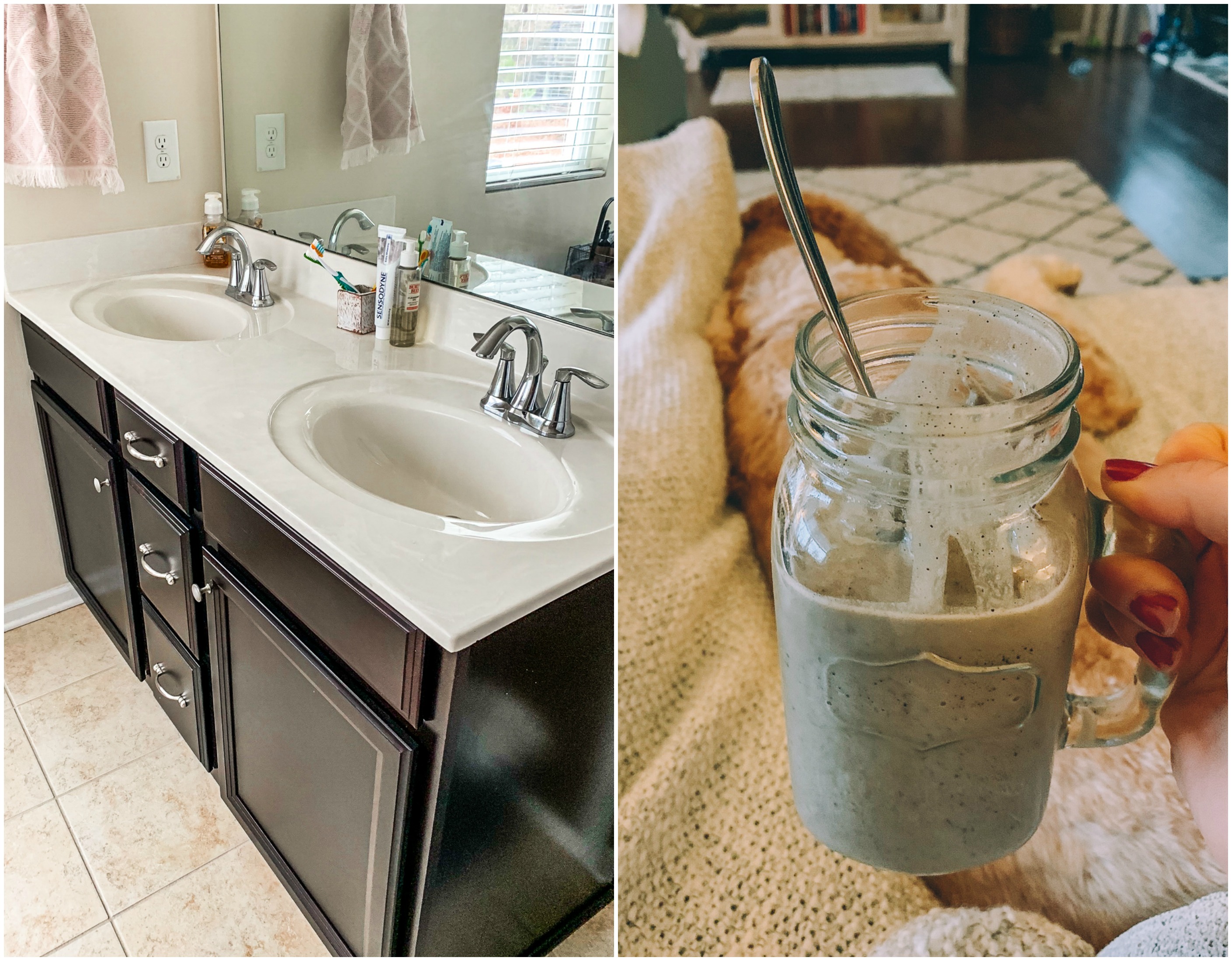 I spent almost all of Sunday cleaning out the master bathroom, my shoe closet, and my old art drawers. I found my old high school cell phone, expired lotions and medicine, dried up fingernail polish, broken crayons, oil paints that are officially crispy, and about fifty more items just hiding away for the past years. I’ve been holding on to boots with broken zippers, pink Tom’s that I never liked, throw blankets that I’d never use, and just so much more. It feels great to get rid of it all. This was just the shoe closet and bathroom. SO much left to go through! After going through the bathroom, Kyle and I went through all the pots and pans and tossed about twenty we weren’t using. I’m not a baker, so why did I feel the need to have five cupcake pans and four pie pans? Just ridiculous. I kept my favorites and put the others in the donation box along with all the extra utensils. 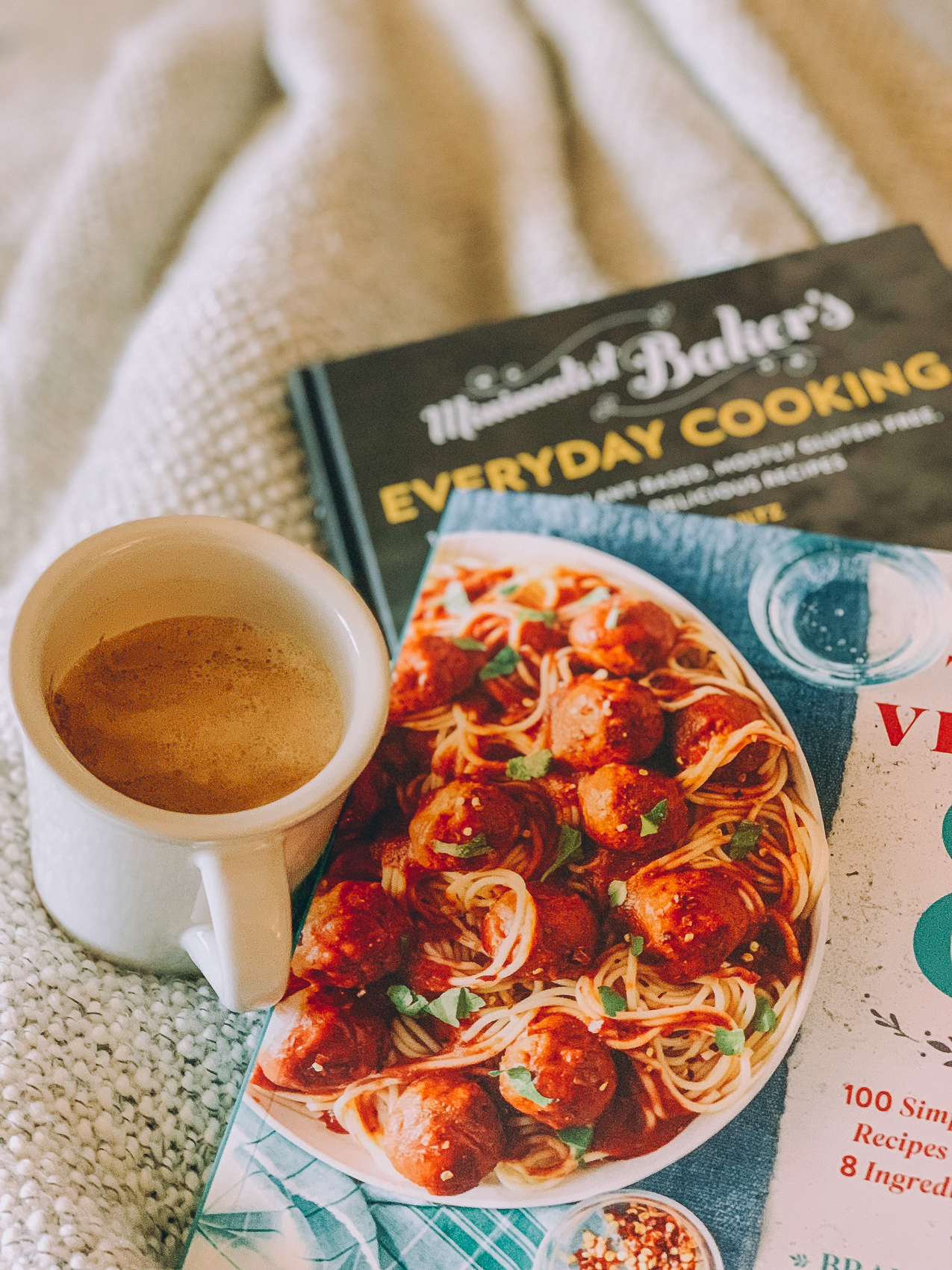 On Sunday evening, I went through some new cookbooks and wrote down some recipes I wanted to try and built a grocery list. I also had my oat milk cappuccino while relaxing. Even though Kyle and I agreed to the “no-gift” thing, he ended up getting me the iPhone Xplus (I was still using the 6), which is fantastic! We spent our evening switching plans, and I honestly can’t believe it took me this long to change phones. It’s a whole game changer! He was probably annoyed because of my awful service and phone dying every 45-minutes 😂 I used to have Spring, but now I’m a new member of the Verizon family. 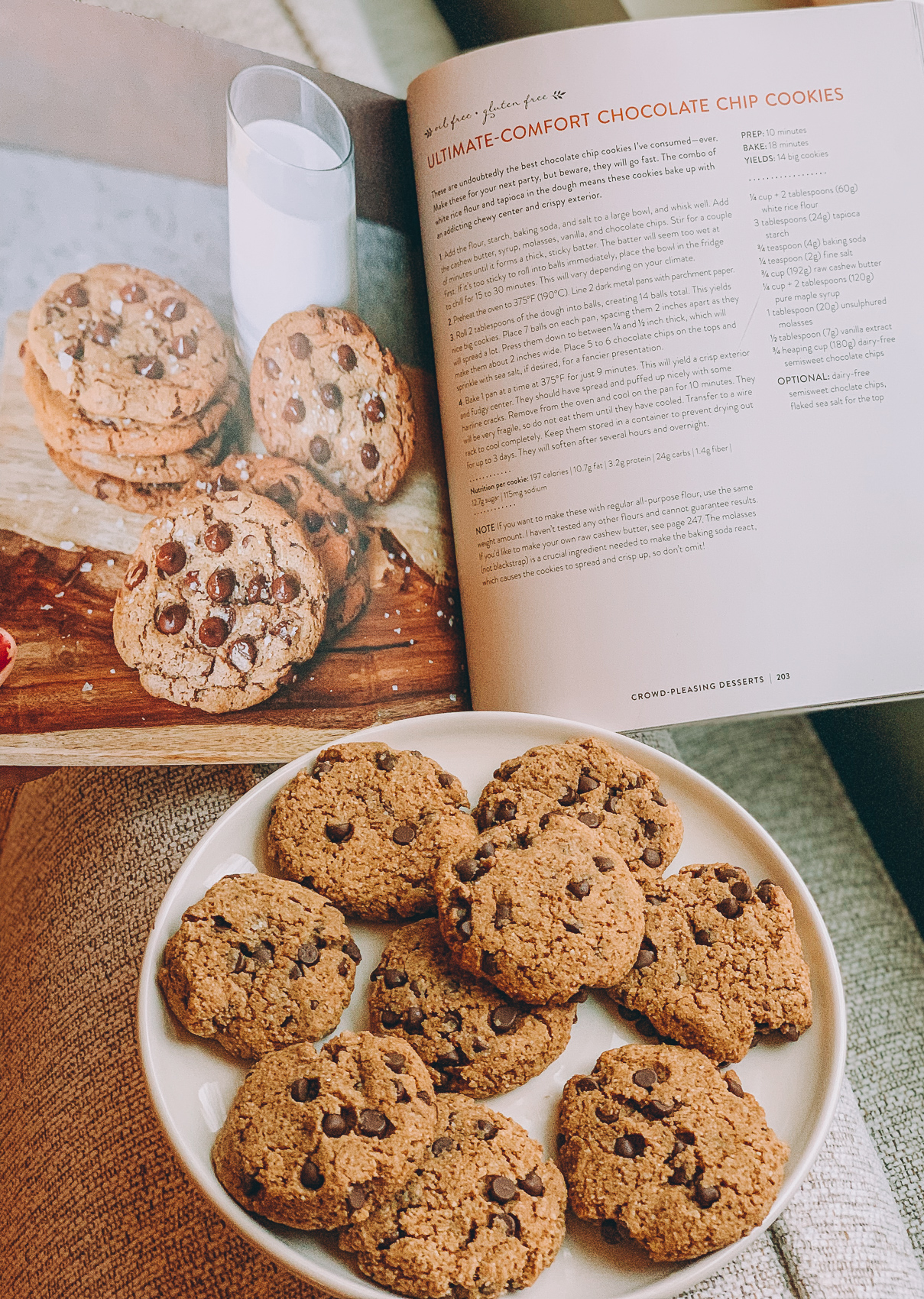 On Sunday night, I made chocolate chip cookies from The Vegan 8 cookbook! I didn’t use the molasses and substituted the rice flour for ground flax and almond flour, and coconut flour. I used arrowroot instead of tapioca starch. I ran out of vanilla, but they turned out pretty dang good!!!! 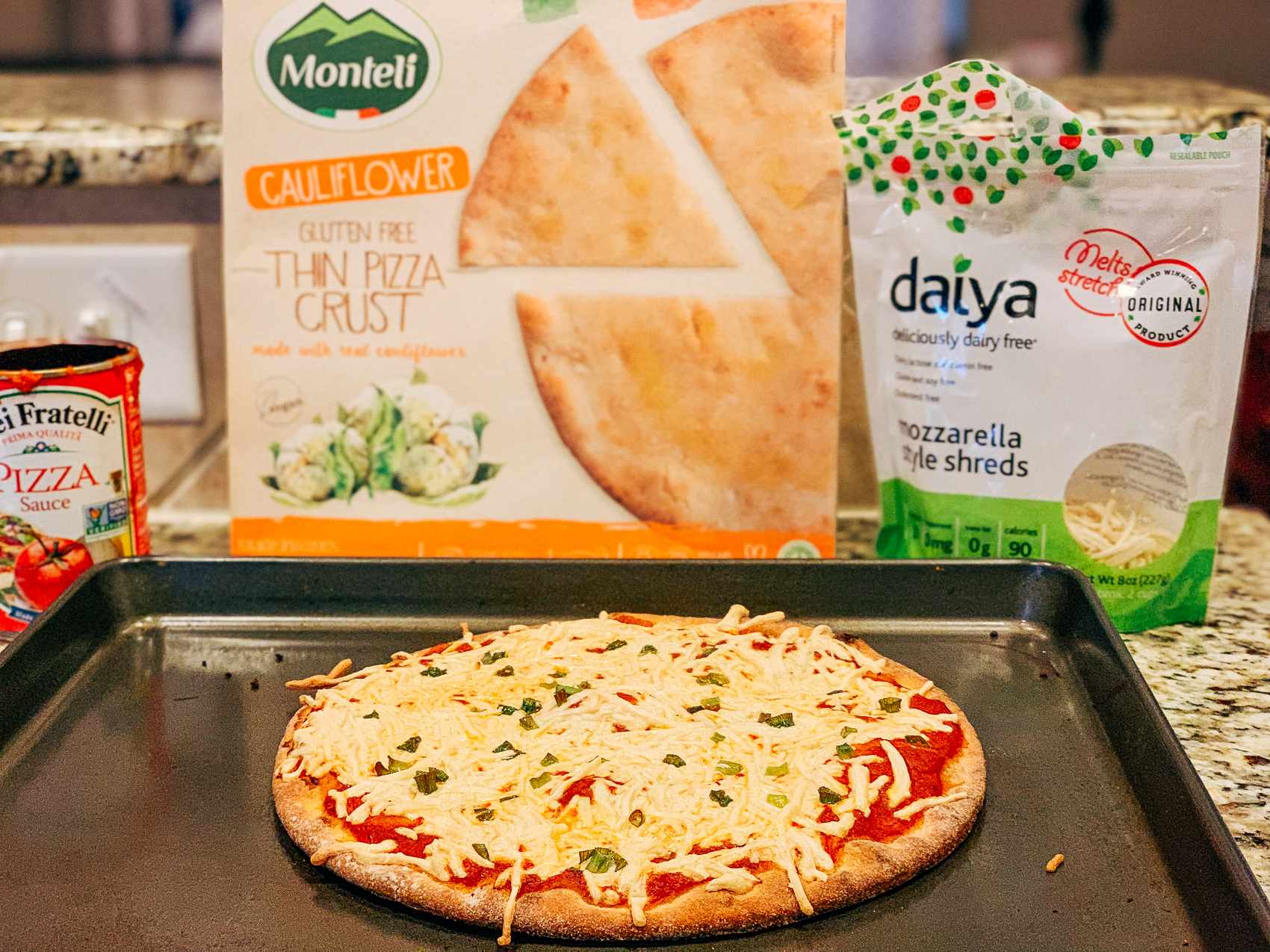 For dinner, we were in the mood of pizza. I already had sauce, cheese, and a cauliflower crust in my freezer from a month ago. If you haven’t had the Monteli cauliflower crust pizza yet, you have to try it. It tastes like a brick oven pizza! I used my favorite pizza sauce, Dei Fratelli, and my favorite plant-based mozzarella style shreds from Daiya. 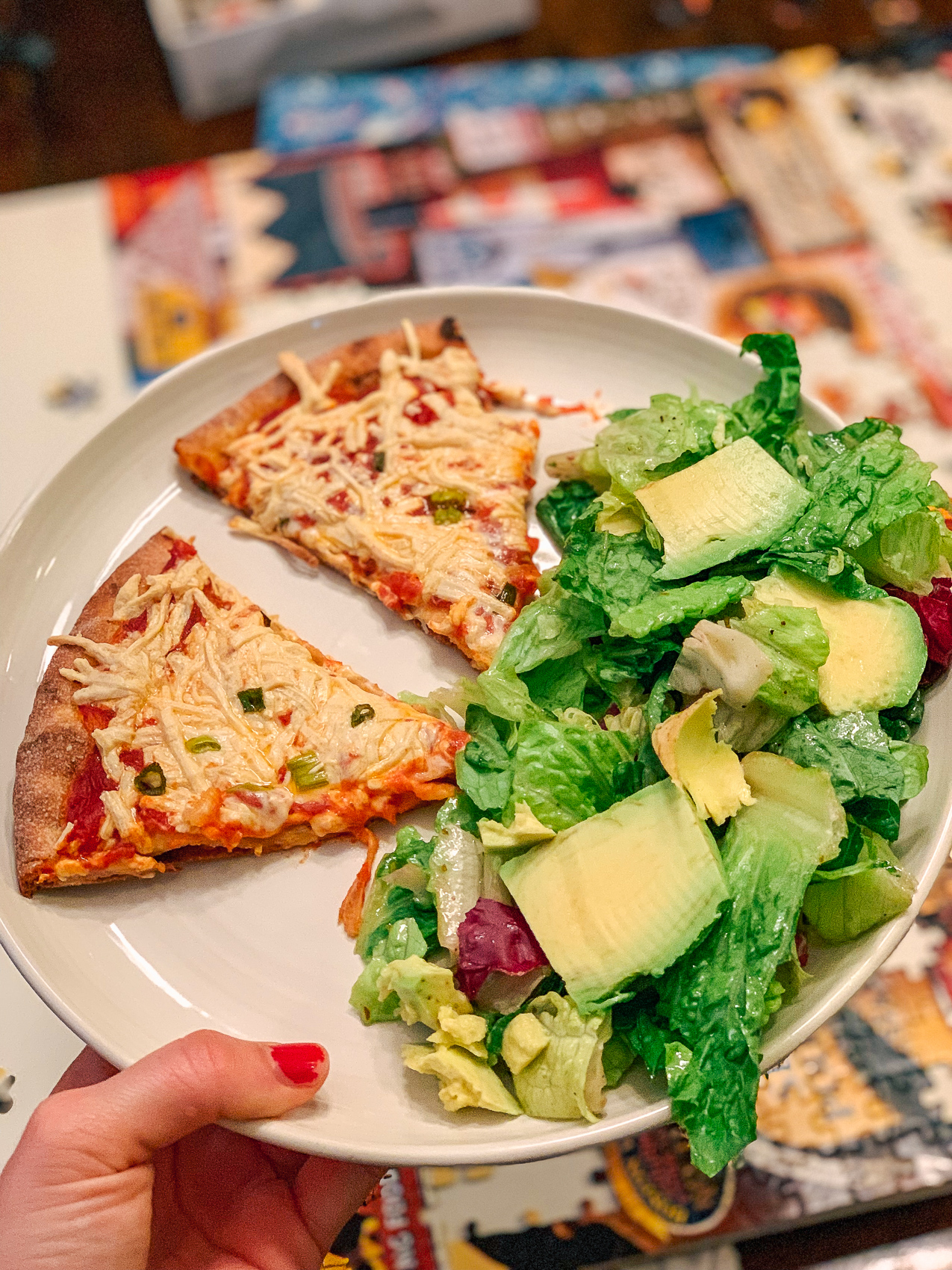 This vegan and gluten-free pizza were to die for! Even Kyle loved it! I had a side salad on the side made up of avocados, lettuce, and Panera’s Greek dressing. We finally powered through our 1000 piece puzzle while watching A Simple Favor. What a cheesy and cringy knockoff to Gone Girl. I don’t know how it got so many great reviews. We thought it was horrible, but see it for yourself. 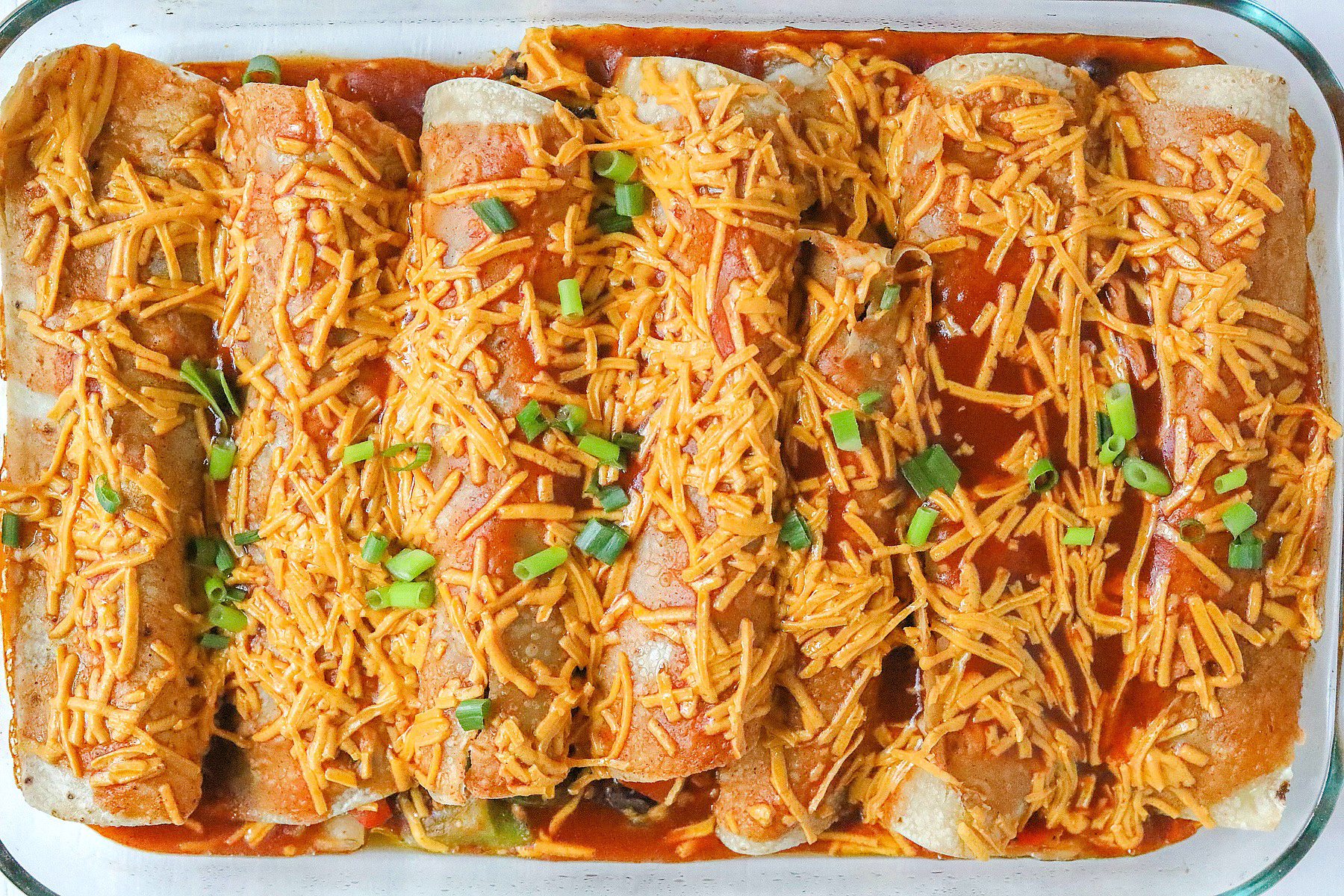 On New Year’s Eve, Kyle and I headed to the gym, and then made gluten-free vegan enchiladas for dinner. I had zero interest in going anywhere or doing anything for New Years. Watching the ball drop on T.V with hot tea and delicious food was all the entertainment I wanted. I did dive into a book around 9:30 that evening while Kyle was doing his laundry. His mom bought me the book “The Five People You Meet In Heaven” for Christmas, and I’m halfway through that. It’s really good and has so many life-changing reminders in the story, so I’ll report back when I’m finished.

Let’s talk about these enchiladas though…WOW WOW WOW WOW!!!!!! The recipe will be up tomorrow, and I promise you they will not disappoint. Stuffed with a creamy sauce, black beans, peppers, onions, chilis, and vegan meat crumbles. I made this with the intention to freeze and eat throughout plant-based January, but Kyle and I have already demolished half of the dish and will be eating the same for lunch! They are unbelievable. 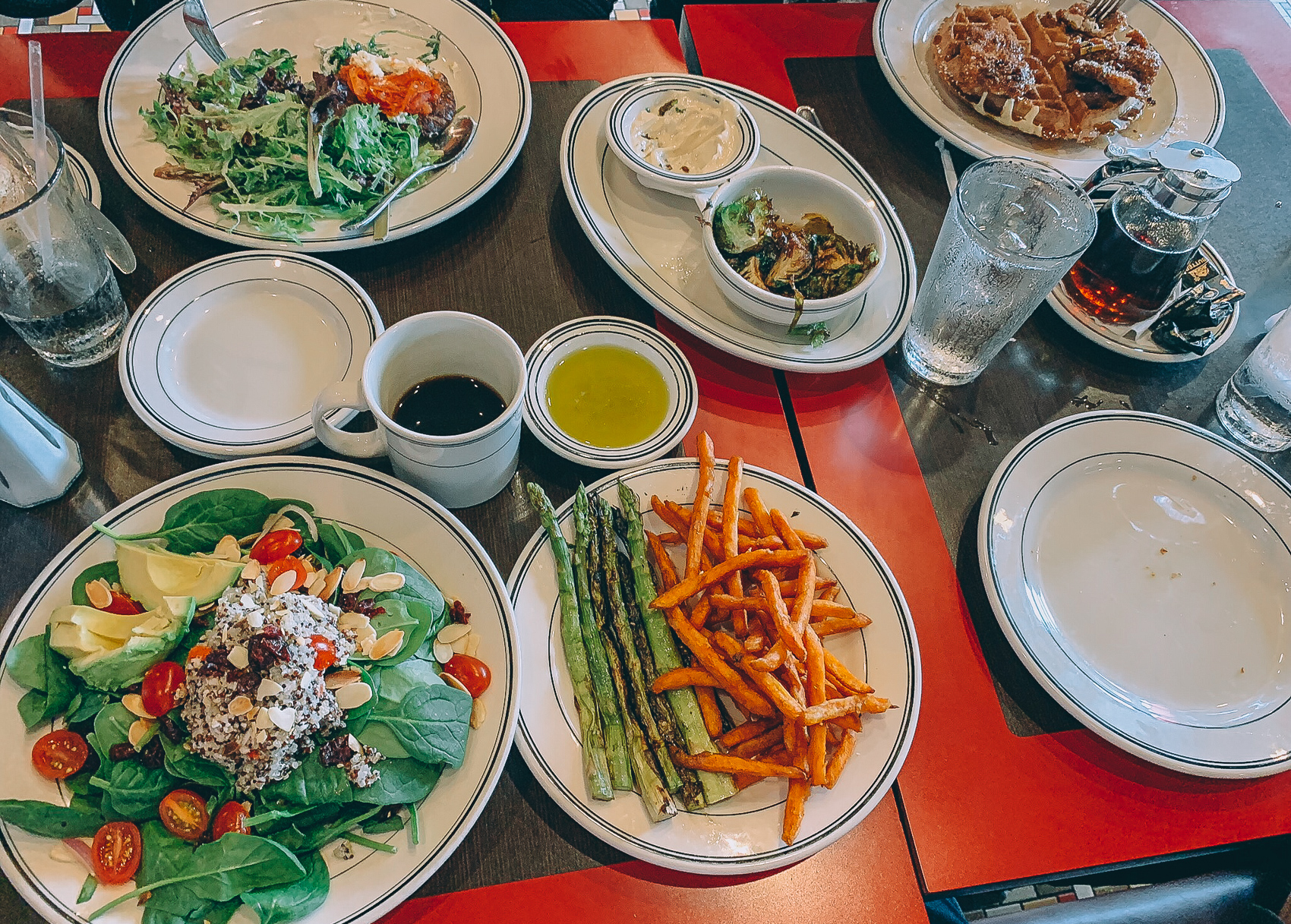 We had plans to meet Becca and her fiance for lunch on New Years Day. We met halfway at The Big View Diner in Ballantyne. I was impressed with their menu! You could basically have anything you imagined. I ordered a cauliflower quinoa grain bowl which had spinach, tomatoes, avocado, almonds, and cranberries with a citrus vinaigrette dressing. I had grilled asparagus and sweet potato fries on the side! Oh, and their coffee was notably amazing. 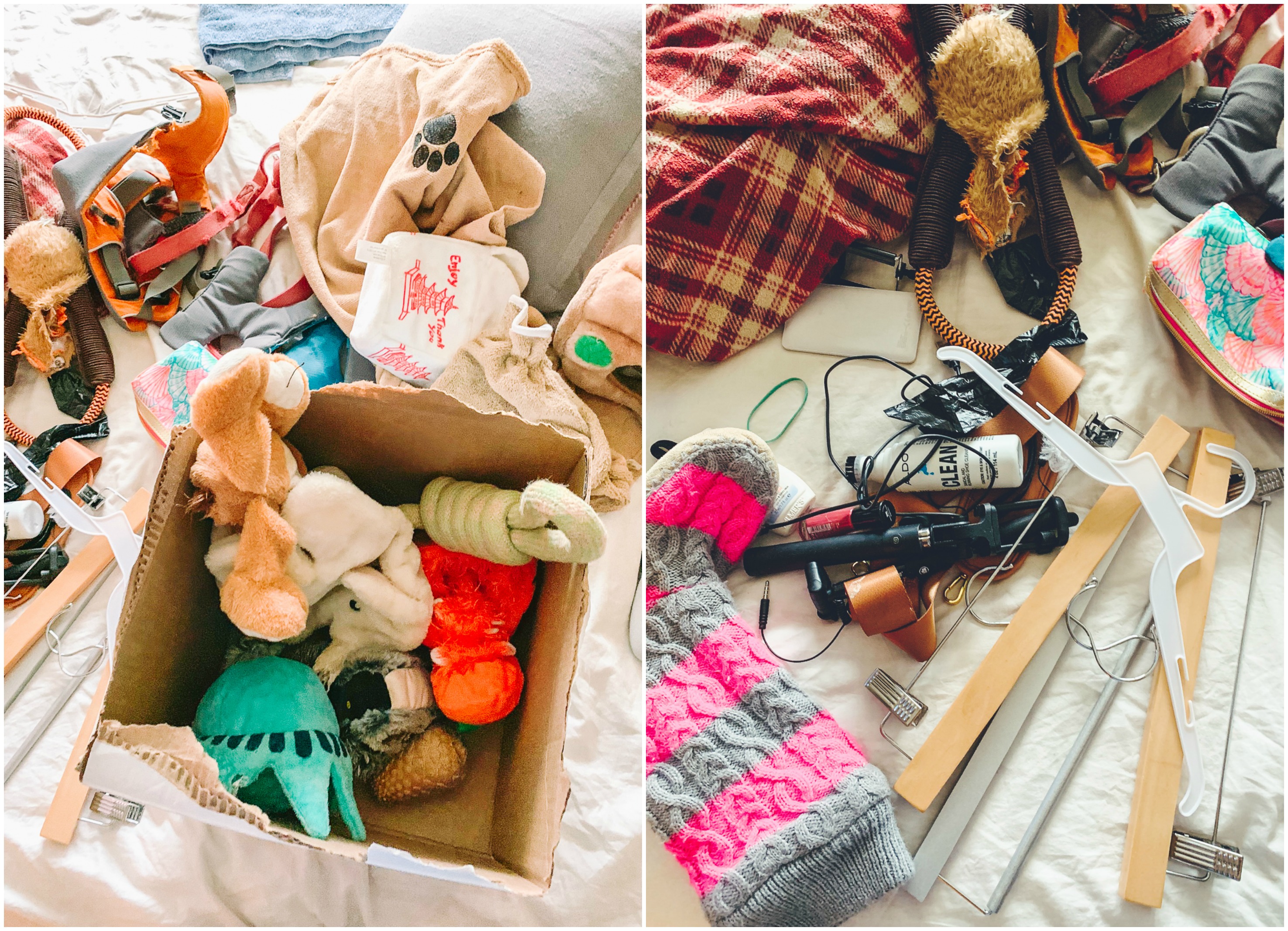 I was back to throwing out more things yesterday evening. I found a box in one of the hallway closets that had about twenty old dog toys, ripped dog harnesses, selfie sticks, broken chargers, more make up bags, broken hangers, and old rugs. This whole tossing thing is becoming strangely addicting. I’m already excited about going through the office closet drawers later! It’ll be a two-day project for sure. I have a container full of little notepads and stickers that I’m going to throw into a box for my neighbor girls to use. They love writing me little notes and drawing me pictures, so I figured they’d enjoy the cute office supplies from Erin Condren. 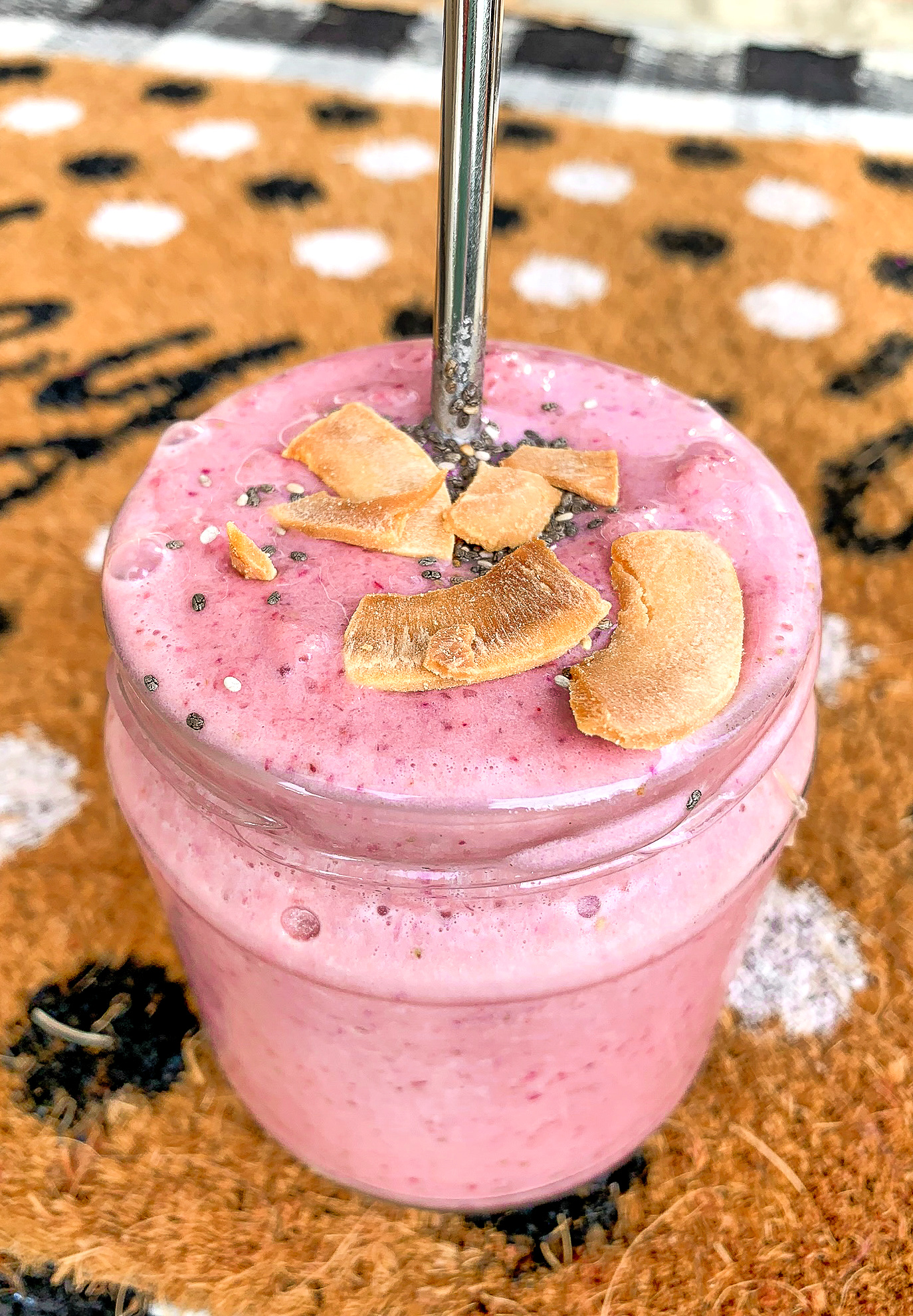 I just made myself a delicious smoothie for lunch, and now I’m going to go bake up some plant-based muffins! I’m doing a lemon poppy seed, orange creamsicle, and key lime pie muffin flavor taste-off today!! 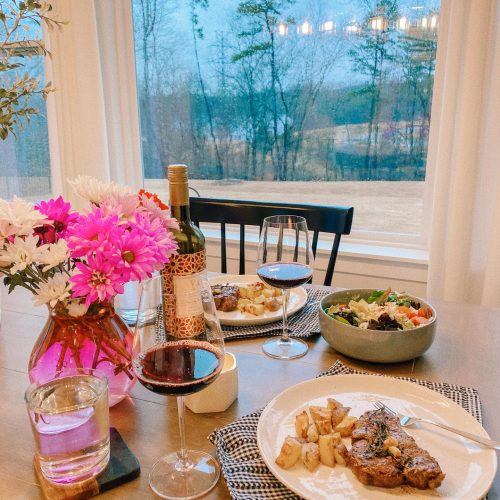 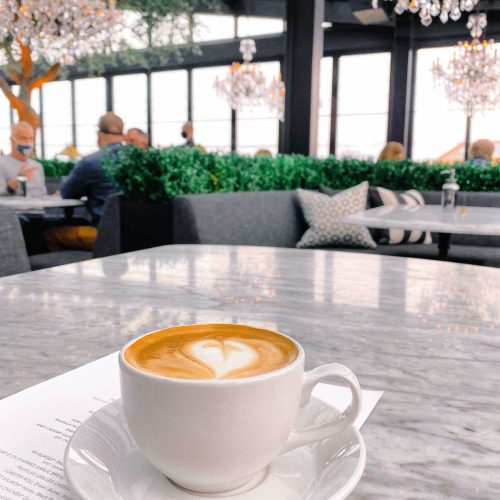 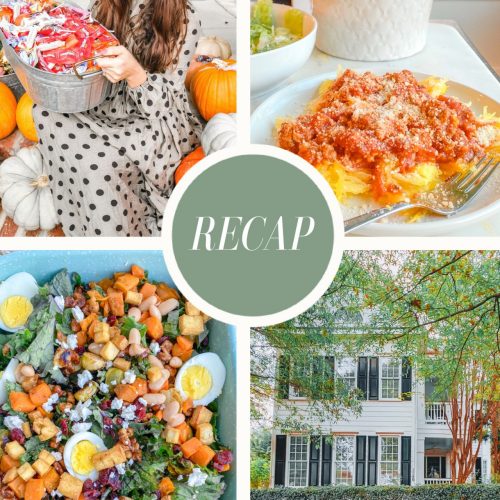