I was soaking my muscles in a hot bath tonight while doing a lot of overthinking. I keep going back to Saturday’s run. Should I be proud of myself? Or should I be upset and continue to let the discouraging thoughts roll in. Maybe some of you have been in my shoes before. I’m always excited before a run. All of my successful runs pump me up and keep me wanting more. But it’s the bad ones that drive me crazy. One bad run can creep through my mind for weeks. Saturday was one of the worst runs I have ever completed in a very long time. 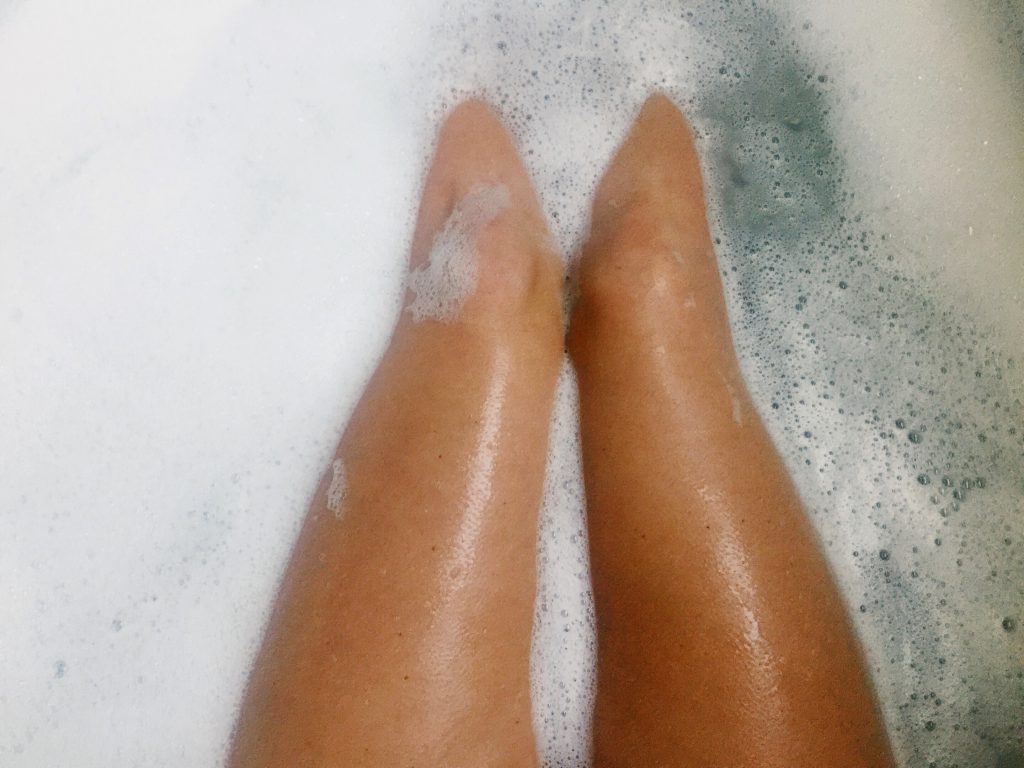 We decided to run one of the hilliest routes in Charlotte. Suppose you live in Charlotte and need a new route that’ll send you into a cardiac arrest, head over to the neighborhoods around the Ballantyne Country Club. You’ll go up and down the entire route. The longest flat streak you’ll run is around 0.3. I figured this would be a great challenge and hopefully make the next run easier. Meighan and I have run the long distances before, but it’s been months. We also never ran the long-distance on such a challenging route.

We started at Corporate Park. I have no problem sharing these running routes on the internet because I don’t plan on running them willingly ever again. I used to walk this route a couple of times a week when I first moved to Charlotte, so I knew what I was getting myself into. I would never have imagined running it back in the day. That was when I was recovering from a runner’s knee. 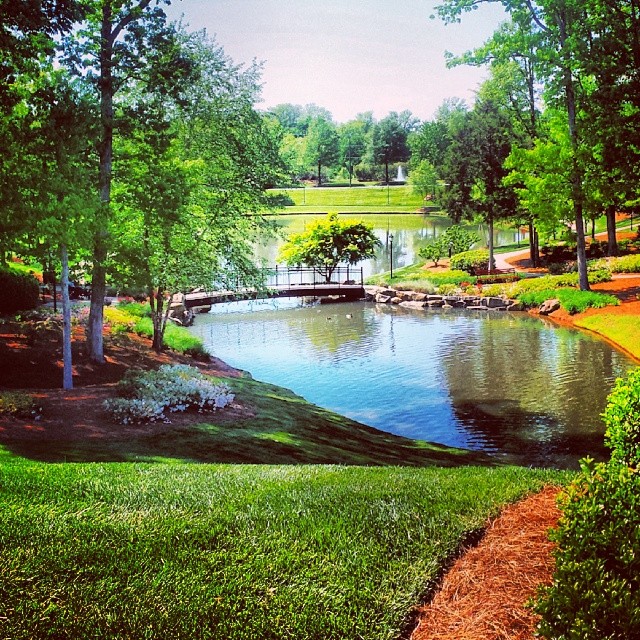 Sometimes when you go into a run thinking it’s going to be the worst one yet, but you have to do it anyway, it usually turns out to be the best run ever. I went into this run thinking it would be amazing, but I learned that wasn’t the case in the first four minutes. I try not to judge a run until after the first ten minutes, but there was no fighting the facts. I felt awful. Yes, the first five minutes of our run was straight up a hill, but something else was off. 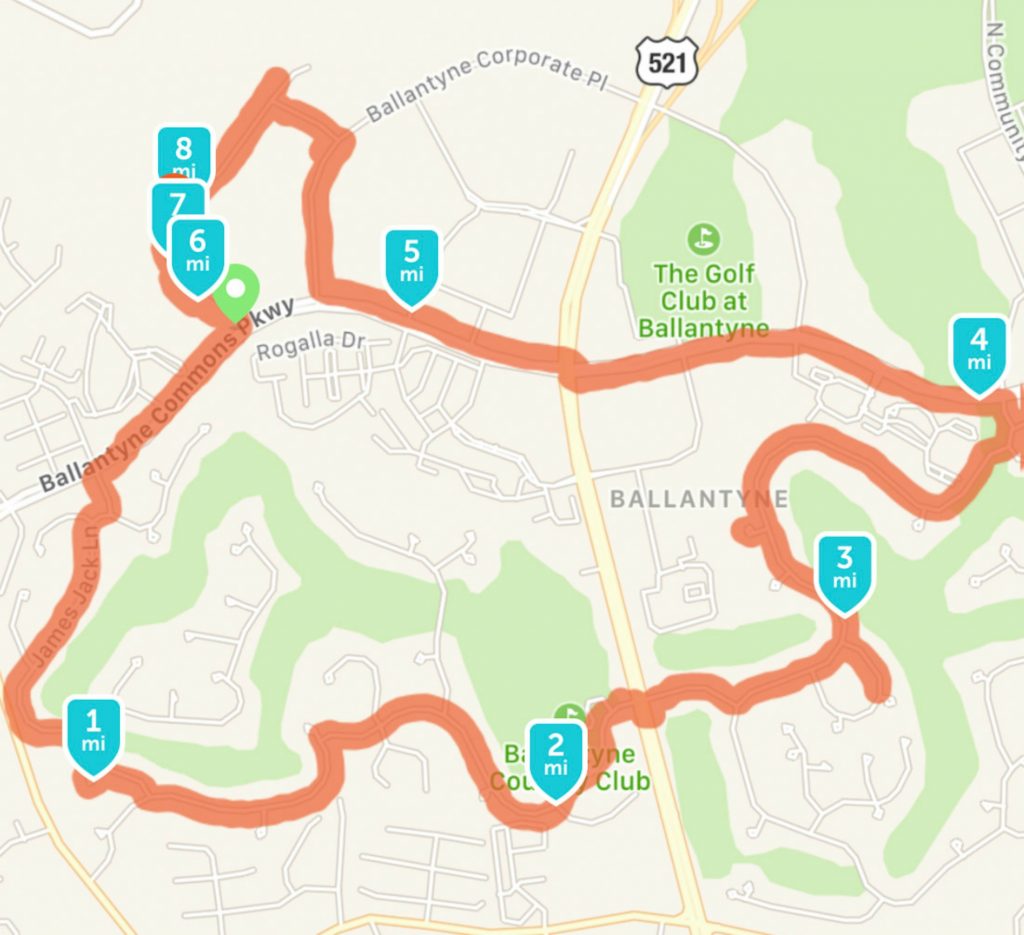 We finally finished running through the intense back neighborhoods. On mile five, something strange happened. My vision was fuzzy, I was slightly dizzy, and I thought I would pass out. I felt like God was telling me to take a break because we hit our first stoplight as soon as it happened. We usually run back and forth until the light changes, but I had to take three minutes to pull myself together. This was the first time we had ever taken a “break” before. I wasn’t going to quit, but I was going to listen to my body and take a few minutes to breathe. As soon as the light changed, we headed back out on our run. We only had three miles left, and there was no way I was going to quit. I wanted to, believe me! 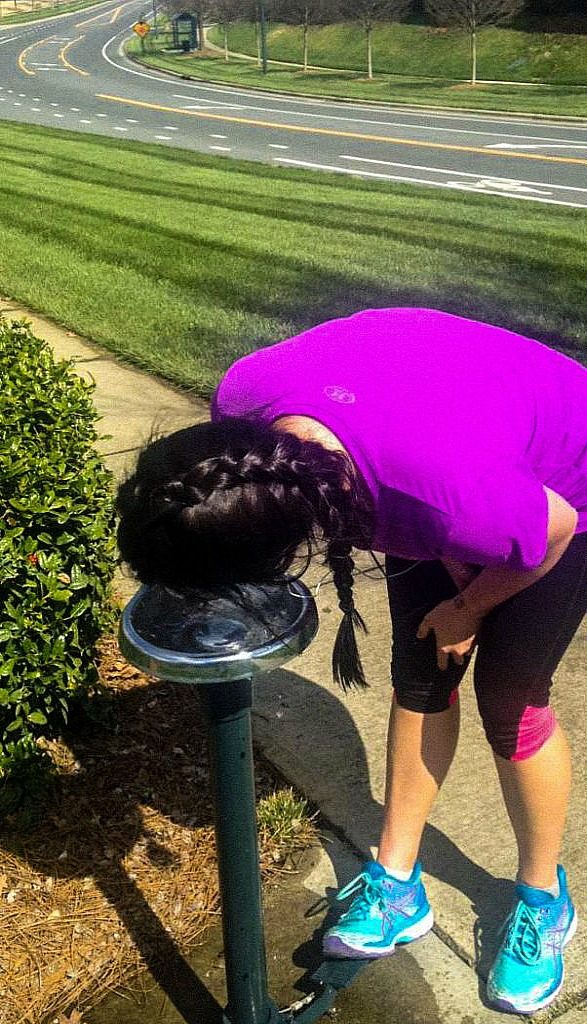 My pace was much slower, but there was nothing I could do about it. At this point, I didn’t care if my pace was eleven minutes. I just wanted to finish the mileage. What if this happened during my half? Quitting wasn’t an option. When we hit mile six, we found a water fountain. I wasn’t expecting the water to be as cold as it was! It felt amazing. I hydrated up and headed back out for the next two miles. They felt like an eternity.

And then mile eight. This was when I realized how strong the mind is. If you can somehow train yourself to be your own coach, you’ll be great at anything. The voice in my head was making me and breaking me at the same time. I need to learn how to turn off the “breaking me” part.

My knee started to sting at the end. I’m praying this isn’t related to the runner’s knee. I’m hoping the hills were the culprit, and I’m doing everything I can to baby it and make sure the pain doesn’t come back.

When we finished, we started stretching, took our traditional post-run selfie, and headed to the car for water! I honestly have the best running partner in the world. She went with the flow and allowed me to pace. She let me know that we could stop at any time while encouraging me to stay strong. I don’t know how I got so lucky!

So fuel. I thought I’d try something new before my run this week, and that was probably a bad idea. The last meal worked, so why not try it again? Well, I’m not always the brightest bulb. I went with a protein banana shake with spinach instead. SO maybe that is to blame?  Who knows! 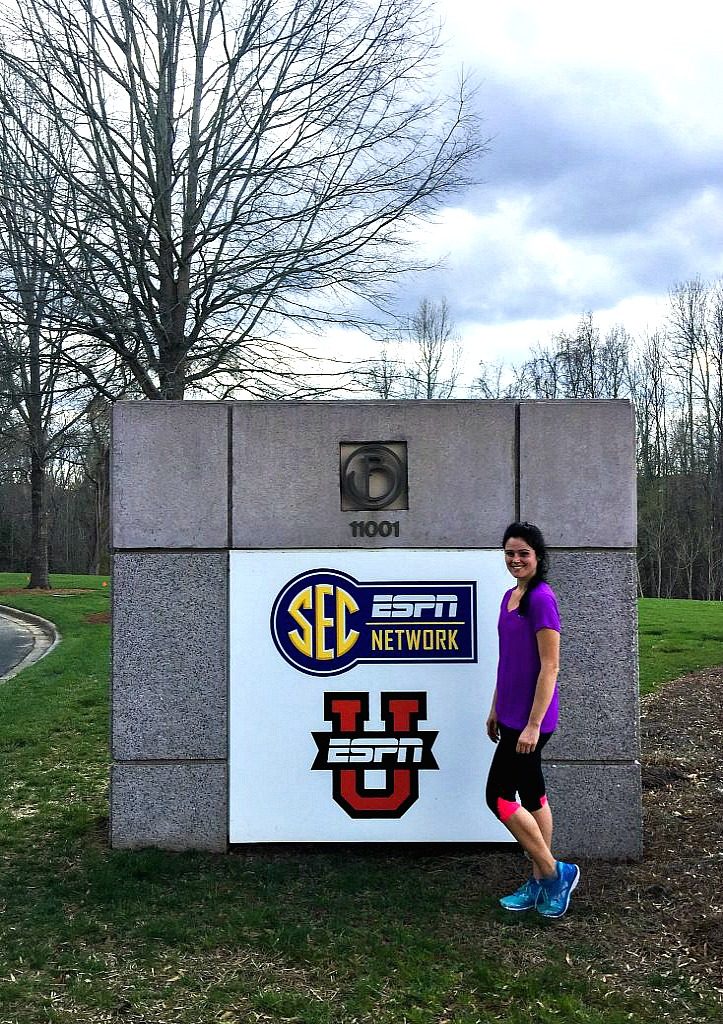 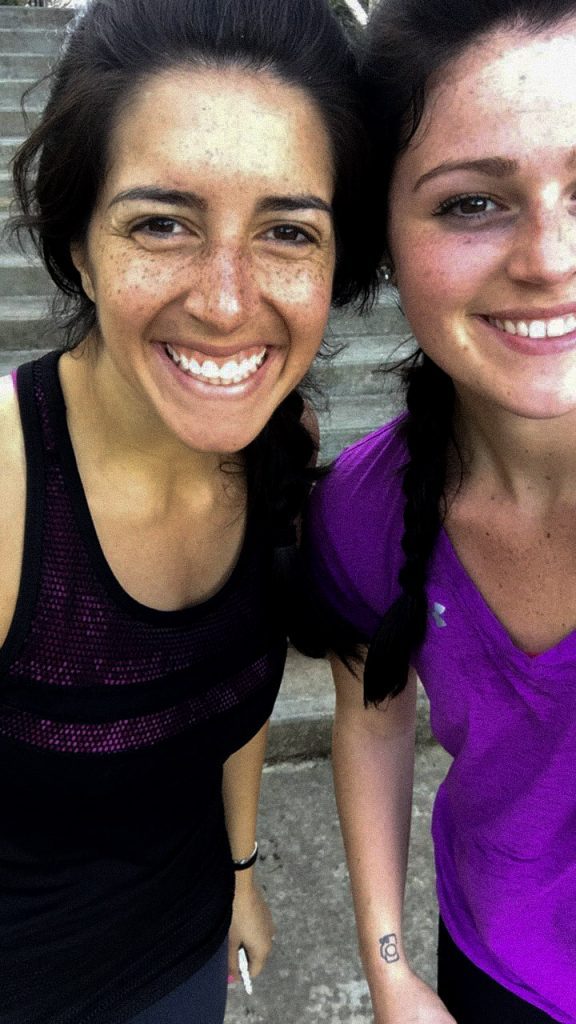 Even though this was one of the worst runs, I’m still proud of myself. I didn’t quit. It may not have been impressive, but I still finished, and that is all that matters. That was my only goal, and I completed it. Three miles were my long runs last year, and I would never have imagined being at this level. No way I’m going to let this set me back. 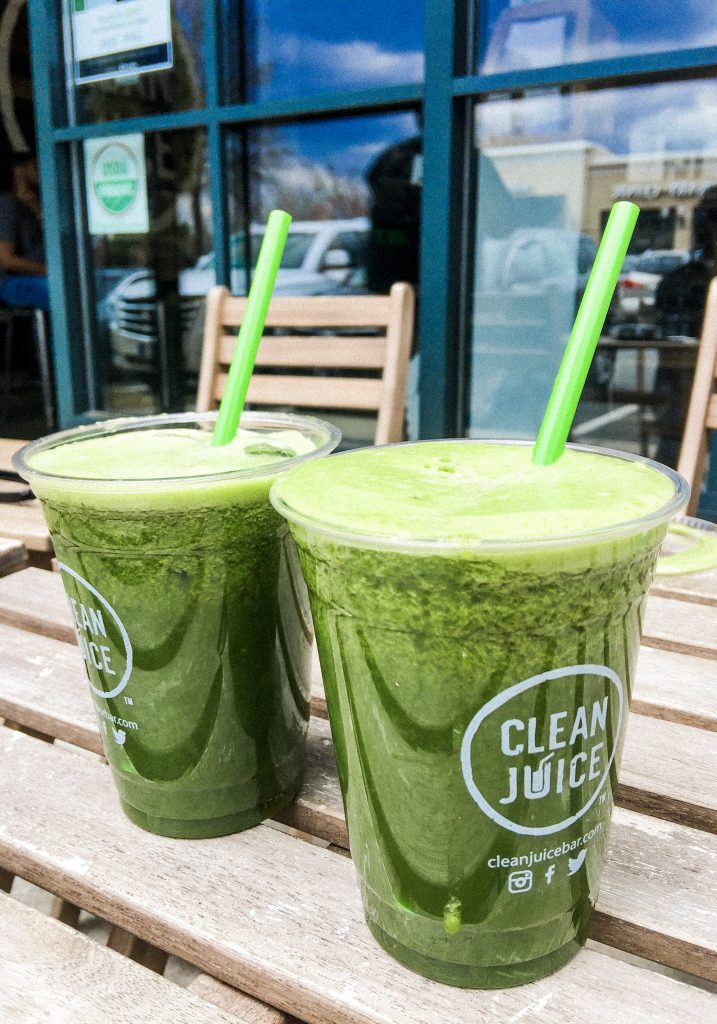 It’s scary to think that I’ll be running 13.1 miles in forty days, but I’m still confident that I can do it. Having that in the back of my mind made me even more nervous about the “failed” run. I’m not going to let some stupid long run discourage me, though. I’m thinking back on all the great runs I had in the past, and those pump me up again. Running isn’t always as glamourous and cheery as Instagram runners make it look. I’m usually smiling in pictures because it’s over with!

“It’s supposed to be hard. If it weren’t hard, everyone would do it. The hard…is what makes it great!” 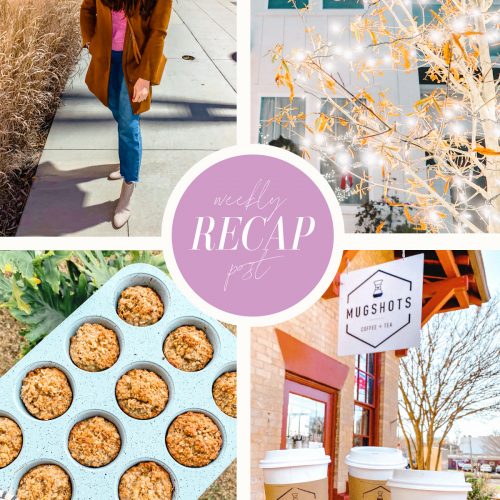 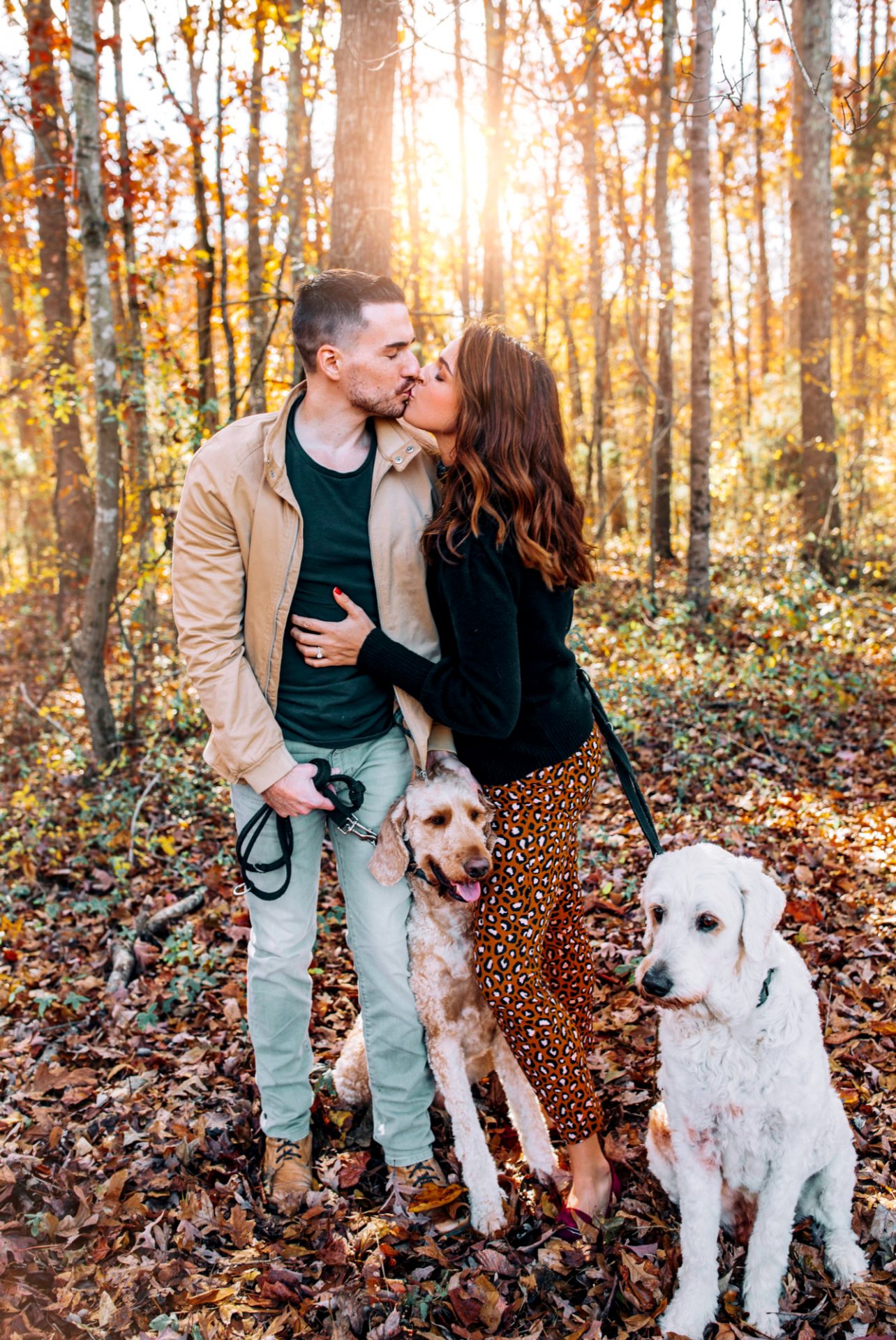 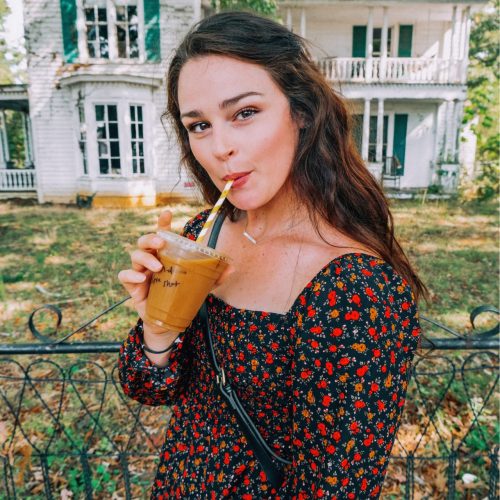