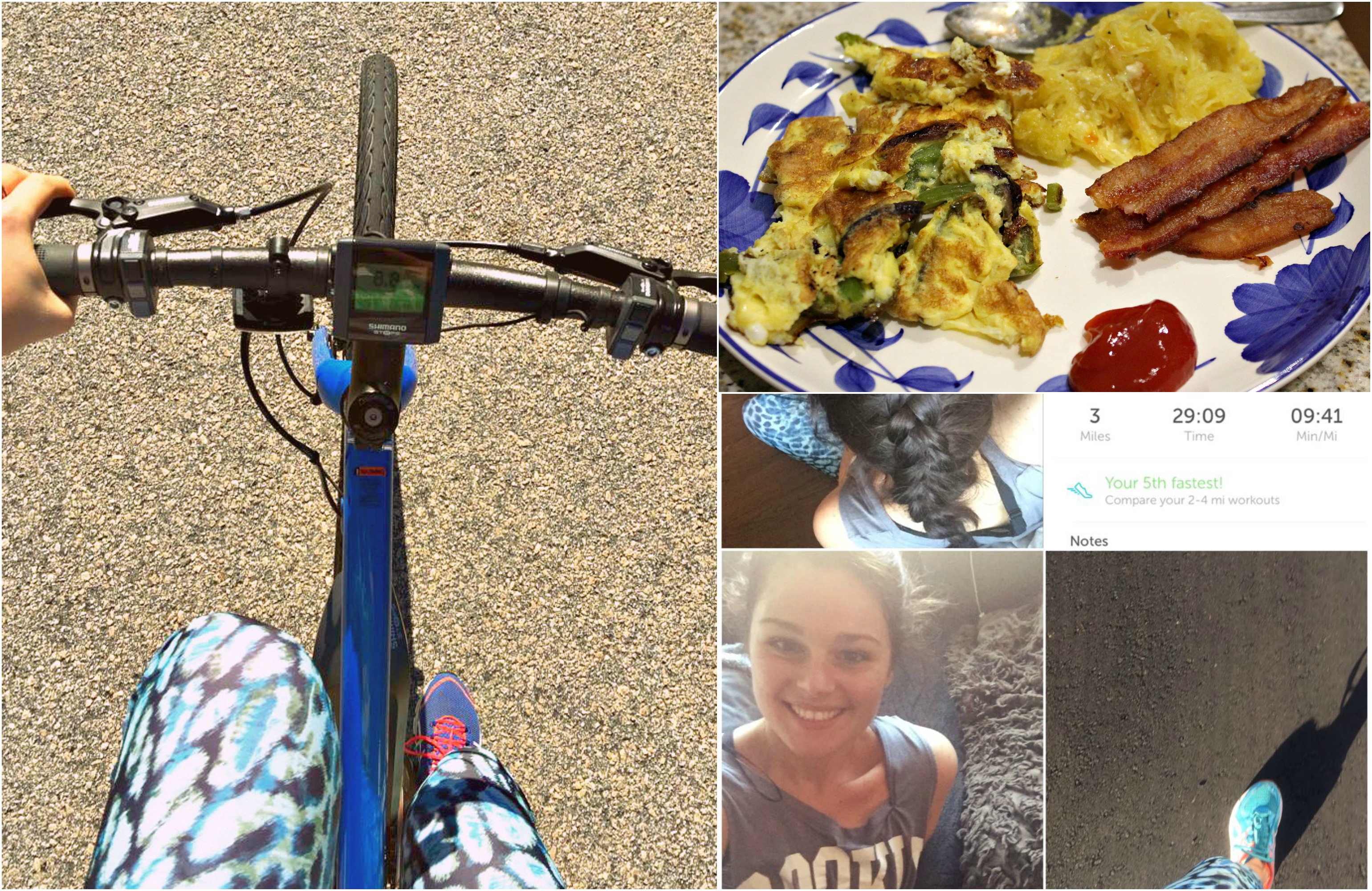 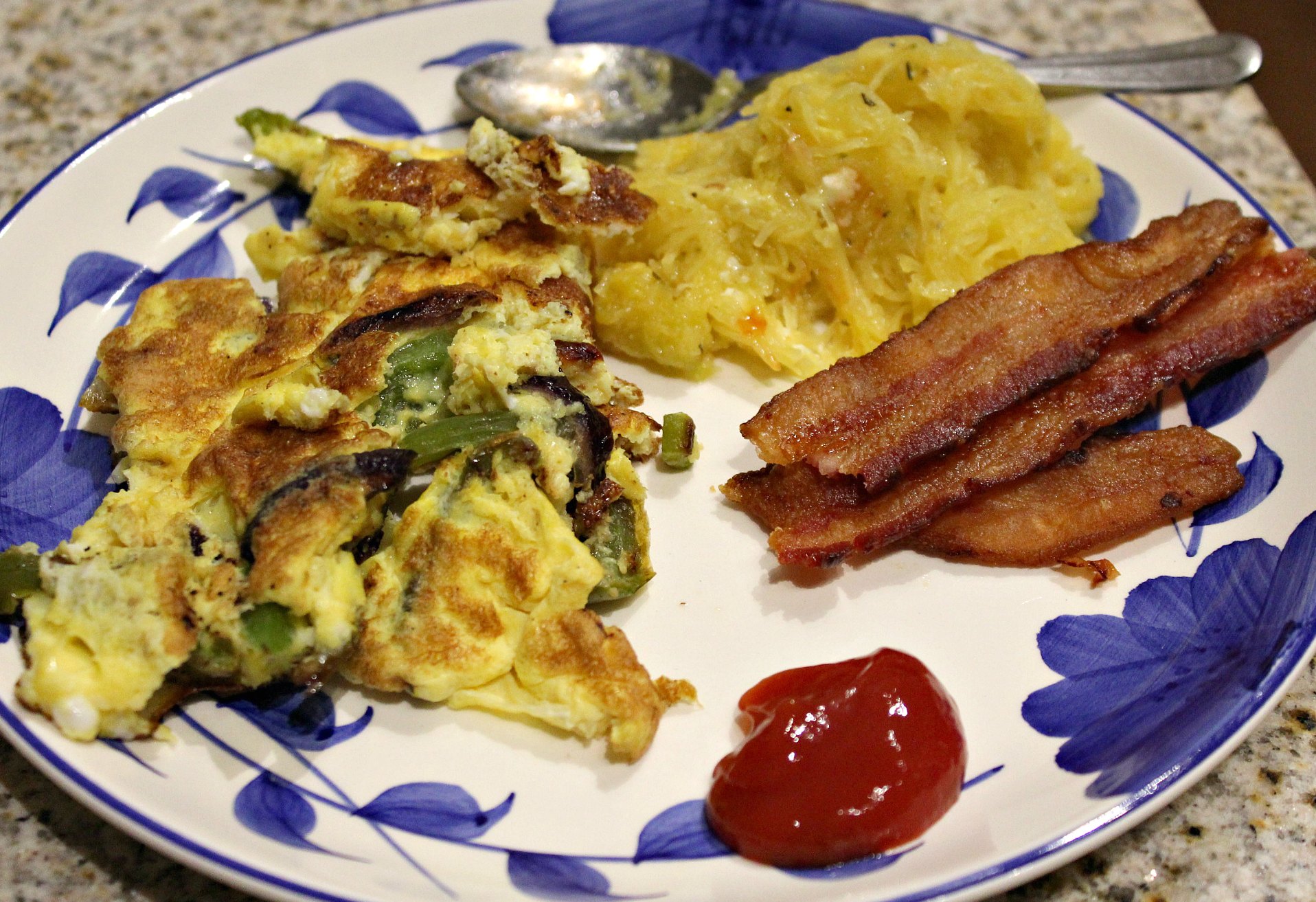 Oh boy does it feel good to just “be home” and get back to the norm. When I’m out of town, it’s hard to focus on eating healthy and working out. It’s the last thing I want to do when I’m around friends. It’s also hard to find time to study. I’ll be spending this week getting everything organized in my office because it’s all over the place, getting all the new items up in the shop, working out, studying, and creating new recipes for the blog. I’m even thinking about doing a couple new “youtube” recipe series. Oh, and I set my juicer back up, so maybe I can do some of my favorite juice combos. I got lazy and started buying all my juices, but I’m determined to make them at home now.

On Monday night, Nick came over to watch football and hangout while I did packages for the shop. I threw together a makeshift dinner with what was left in the fridge. I still haven’t gone grocery shopping since being back, but my fridge isn’t completely empty. I made a veggie egg scramble, crispy baked bacon, and garlic feta spaghetti squash. I was going to make veggie fries as a side, but I needed to use up the spaghetti squash before it went bad. 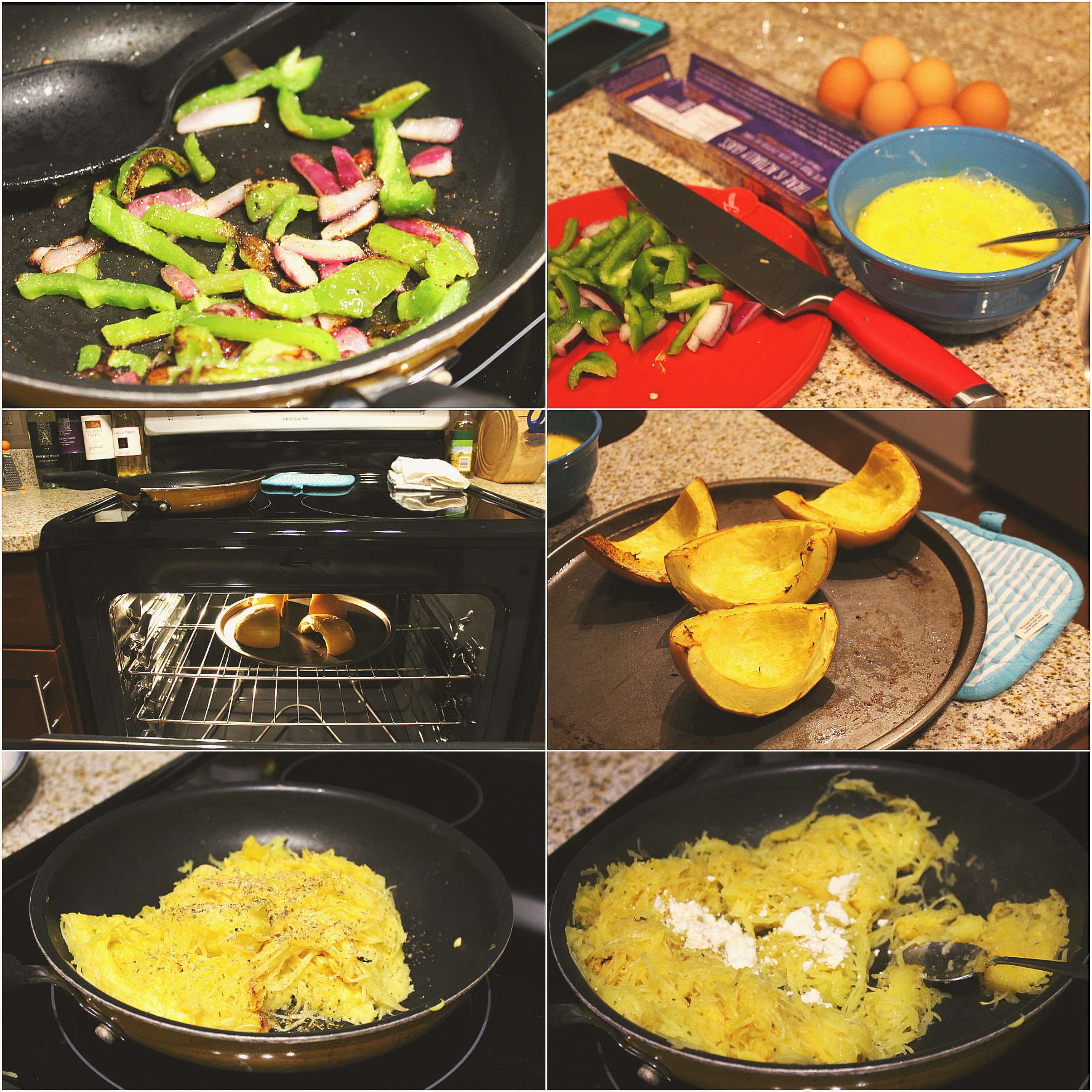 Spaghetti Squash:
-I microwave it for two minutes so it’s soft enough to slice. After I slice it in half, I dig out the seeds with a spoon and then slice it into fourths. I coat a pan with olive oil and place the squash insides down onto the pan and bake it for 45 minutes at 375 degrees.

-After the squash is cooked, I scooped it out into a frying pan. I mixed it with a sprinkle of italian seasoning, salt, pepper, feta cheese, and garlic powder. (It sounds like a weird combo, but it’s DELICIOUS)

Eggs:
I sautéed red onion and bell pepper with onion powder, olive oil, and garlic seasoning until lightly brown. In a little bowl, I whisked up six eggs with 1/4 cup of skim milk. I poured the eggs into the vegetable pan and scrambled everything up.

Bacon:
I lined a baking sheet with tin foil and placed the bacon strips on top. I baked the bacon for about 25 minutes until crisp. Once the bacon is out, dab it with paper towels to remove the grease. Removing the grease helps crisp up the bacon. 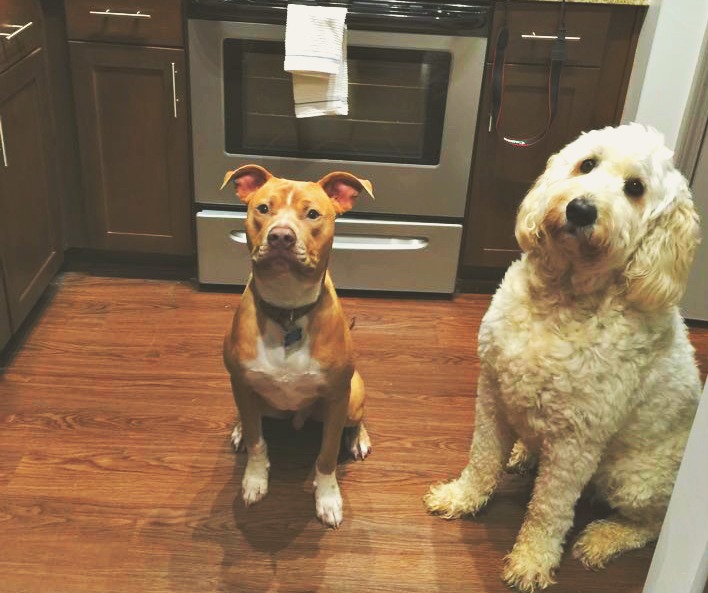 Someone smelled the bacon… 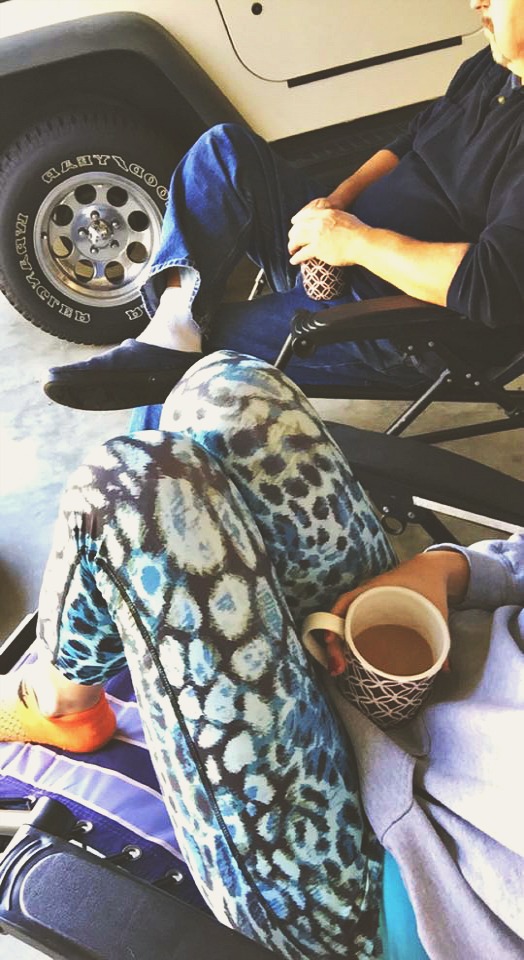 I headed to my parents early morning to have coffee with my dad and help him grab some timber at the store. 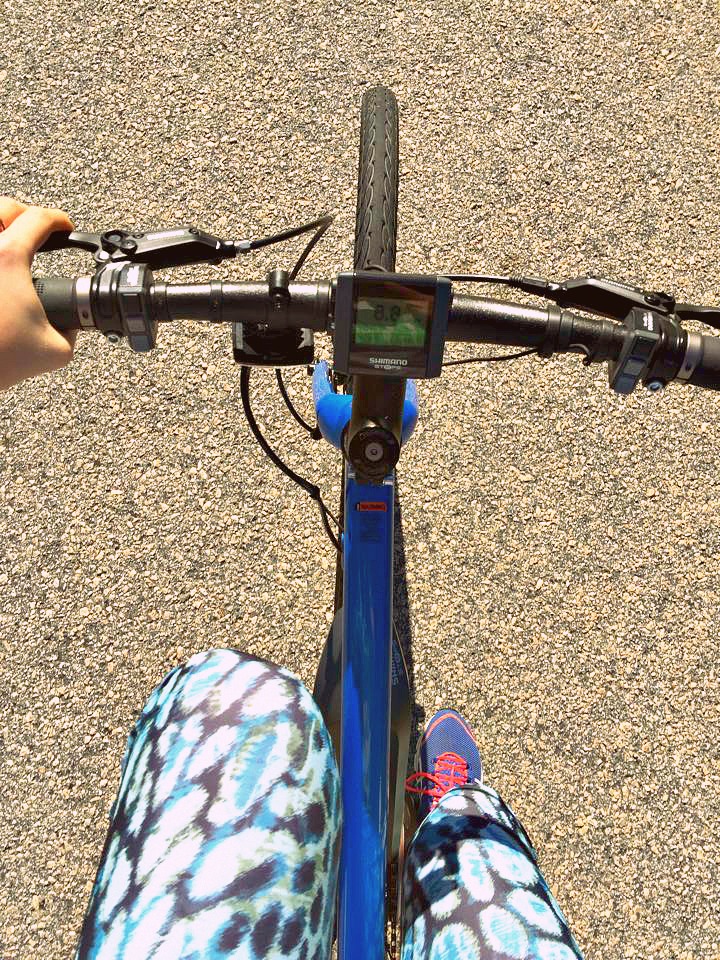 We have had so much rain in the Carolinas and yesterday was finally sunny. It’s going to be sunny all week 🙂 I took my bike out for a twenty mile bike ride and it felt so good. I love my E-bike. Thank you so much Revolution Cycles and Raleigh Bikes for setting me up with this amazing bike. 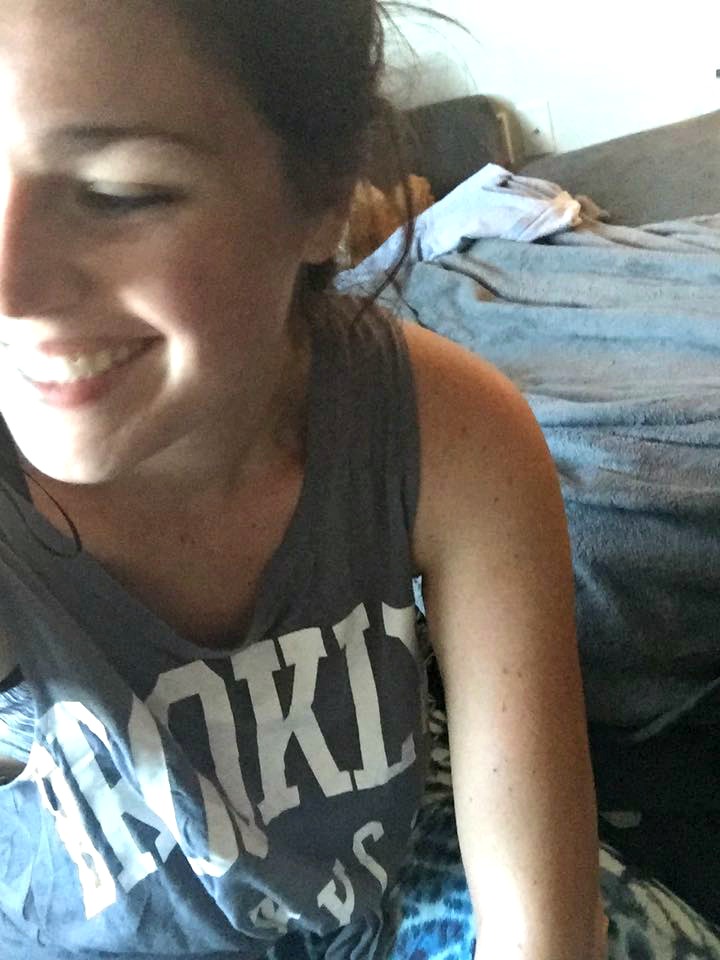 I was a hot mess when I got back from my bike ride, so I decided to knock out a run before getting cleaned up. 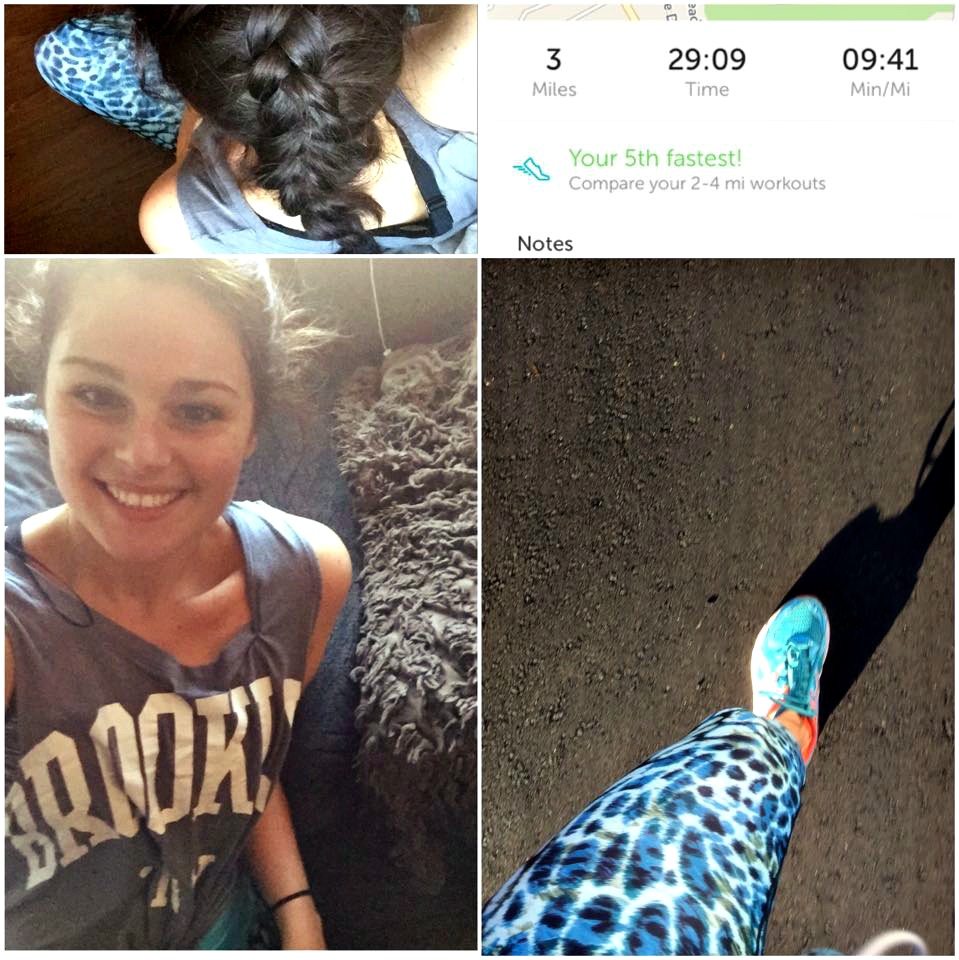 I found a new running route yesterday. I love exploring new areas to run and challenging myself to do harder courses. Yesterday was definitely a running reality check for me. The elevation was crazy! My legs were burning going straight up hill for .3 miles at a time. I’ve always “feared” the hills and it’s mainly because I don’t like doing things I know I’m not good at. I decided to just go for it yesterday and since I completed it, I’m not afraid anymore and I say “bring on the hills.” I’ve also feared the hills because when I was battling runner’s knee, the hills were what brought on the pain. It wasn’t going up the hill, it was going down the hill that brought on that excruciating sting.

A lot of people have been asking how I overcame my runner’s knee and Achilles tendonitis, so I’m going to put together a post about how I recovered and how I am preventing it. There was a point in my life where I thought I’d never return to running and it was so discouraging. I remember one day not being able to even walk down the baseball stadiums stairs because of the pain in my knee. I’m not a competitive runner or a professional runner, but I really do love it.

As you can see, the hills came later in my run and I got more tired after consecutively going up them. The mile four was me walking back. I know if I keep running the hills, I’ll get better and stronger. 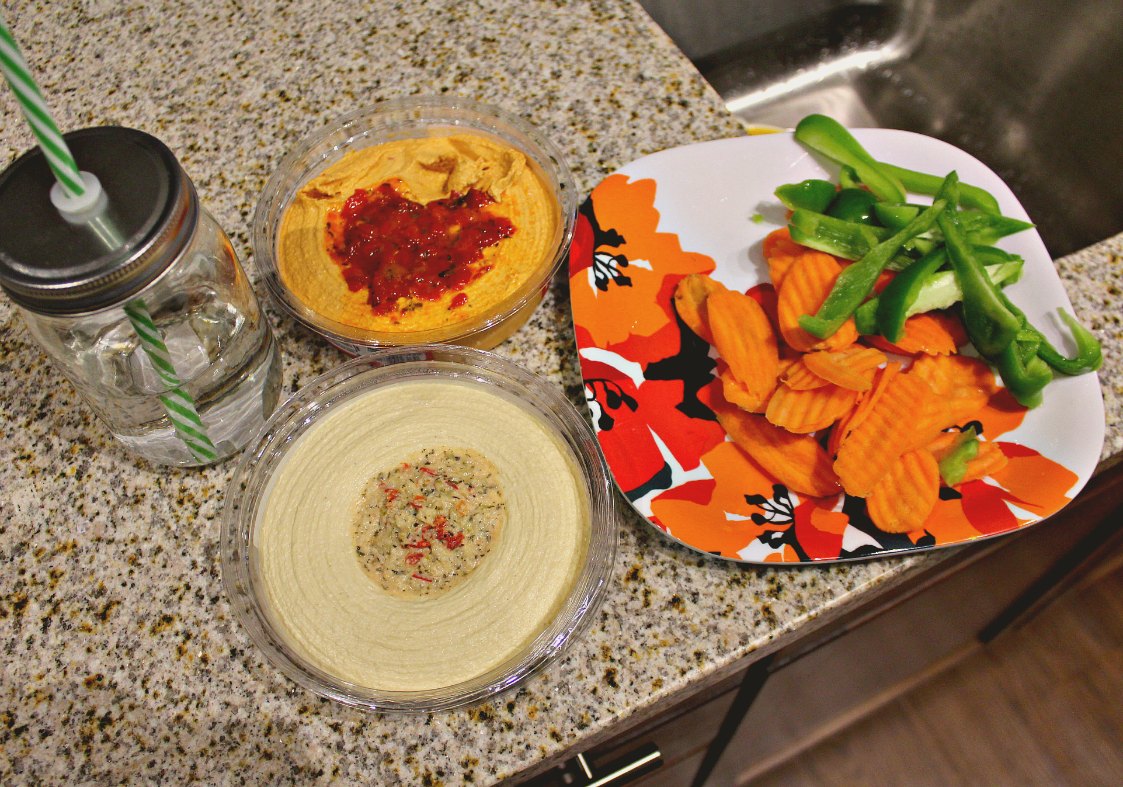 After my run, I had some carrots and bell pepper with garlic and roasted red pepper hummus. 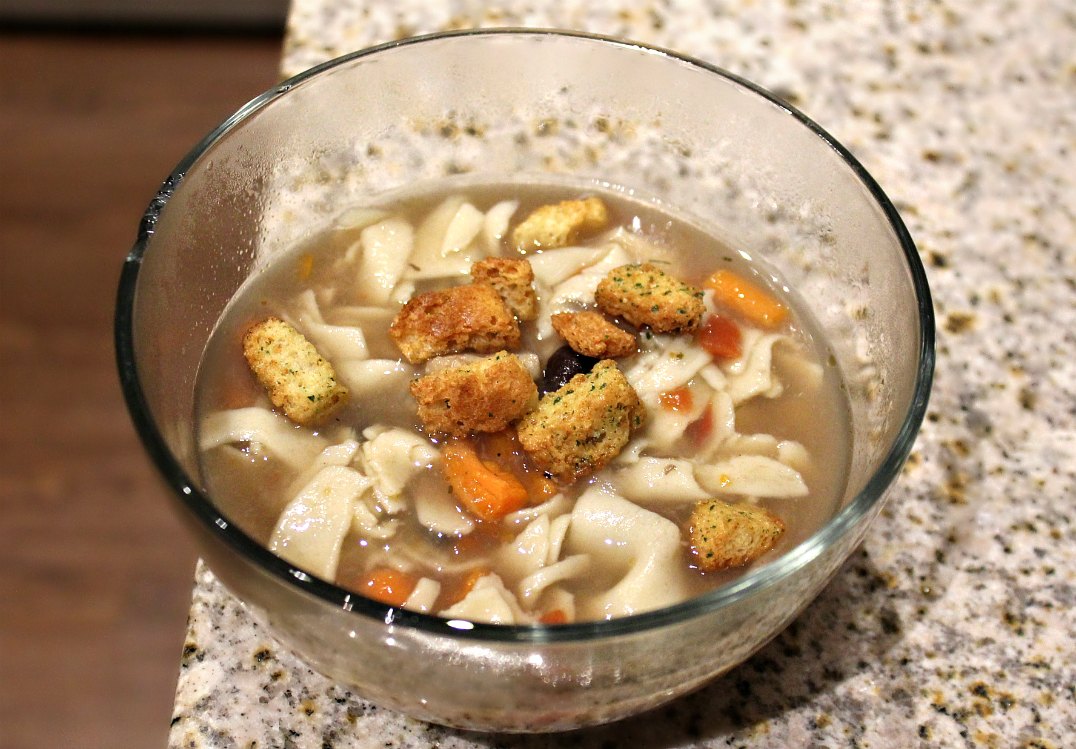 My dad sent me home with some of his black bean chicken noodle soup and it was delicious. My dad is pretty awesome at making soups. I had that for dinner with some croutons on top. I’m glad he doesn’t live in Iowa anymore because venison would always appear in my soup. 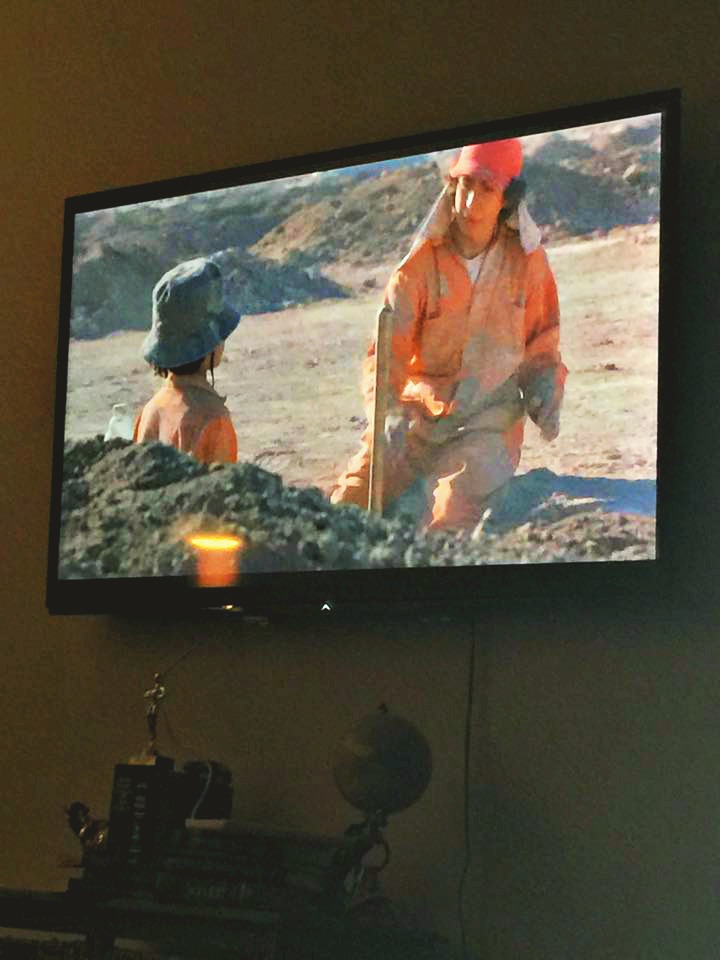 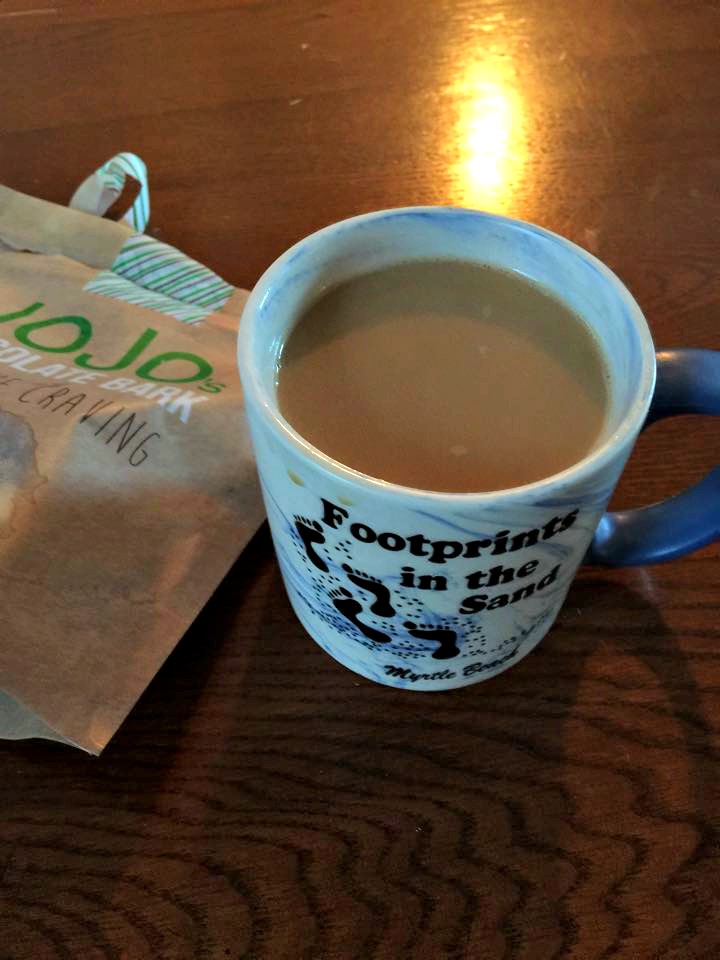 I plopped on the couch to watch Holes and drink decaf coffee while waiting for the debates to come on. I also had a piece of delicious JoJo’s chocolate bark.

And per usual, I fell asleep during the first twenty minutes of the debates and that’s why I always tape it. 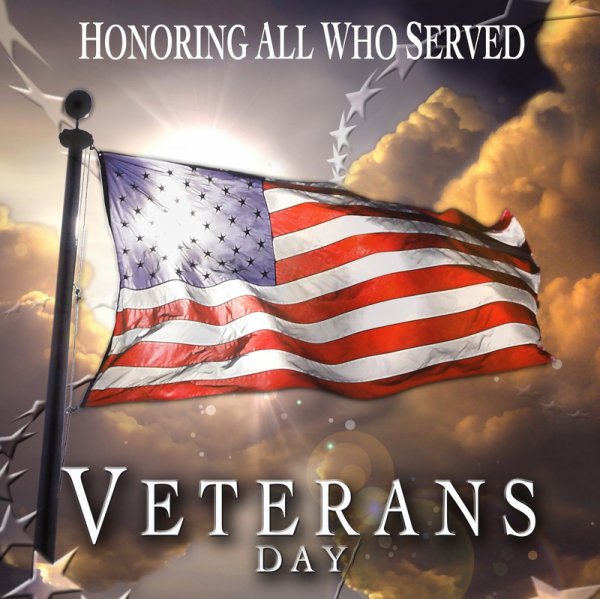 Happy Veterans Day to my family, friends, and everything who have served in the military past and present! Thank you for your service and God bless!