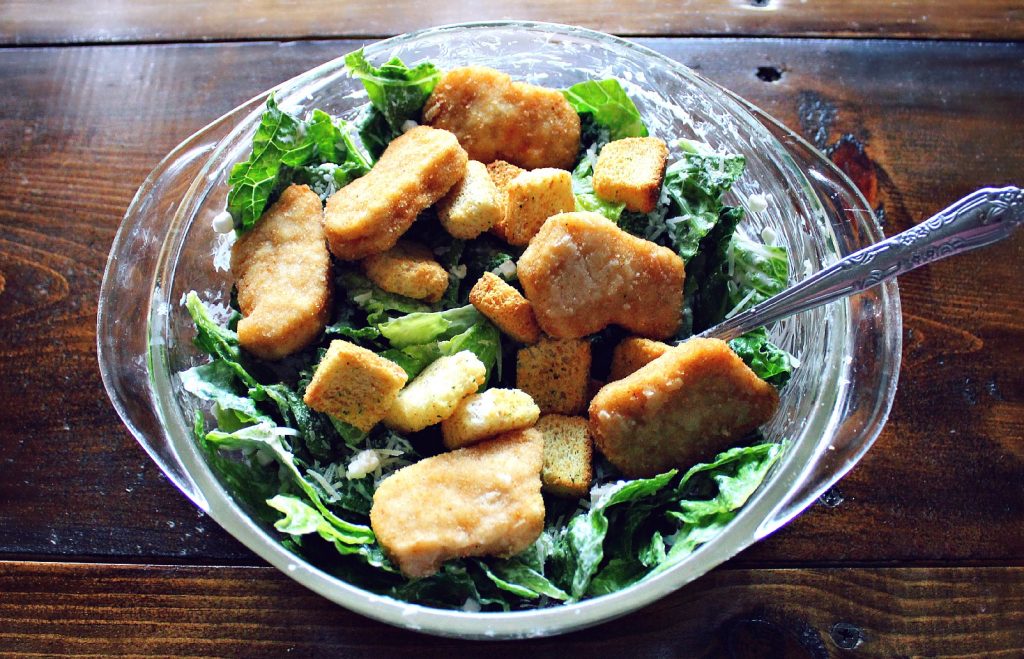 I had twenty minutes to shower off from my run, change, and whip up a dinner before Dancing With The Stars Finale Part 1 started. I knew I wouldn’t move from the couch during the show and the new Bachelorette was right after that. I planned on making a salad with leftover steak but I overcooked the steak by over-microwaving it. FAIL. I would have had to chew three minutes per piece. I gave Grumples a couple pieces of steak and then tossed the rest out! I set the oven to 350 and threw in some organic chicken nuggets (homemade ones taste better). I chopped some romaine hearts, added cottage cheese, 1 tablespoon Caesar dressing, 1 tablespoon parmesan cheese, whole grain croutons, and the cooked chicken nuggets! I was only two minutes late for my show 🙂 This dinner was so filling and very satisfying! I’m excited for part two of DWTS & The Bachelorette! #TEAMKAITLYN #TEAMRALLISON 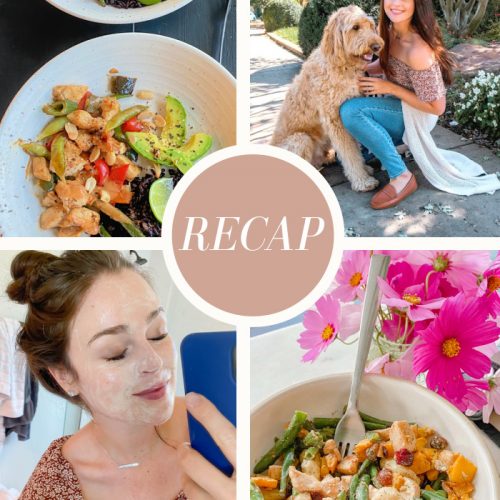 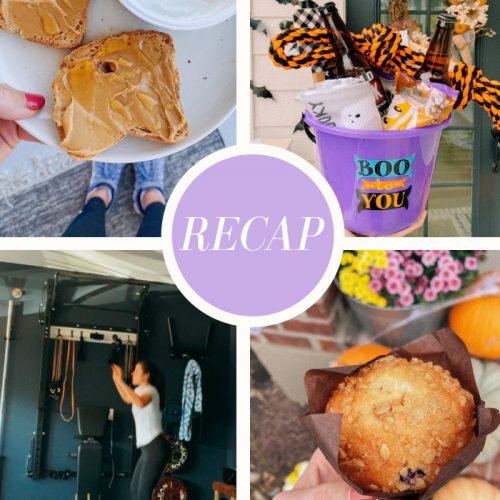 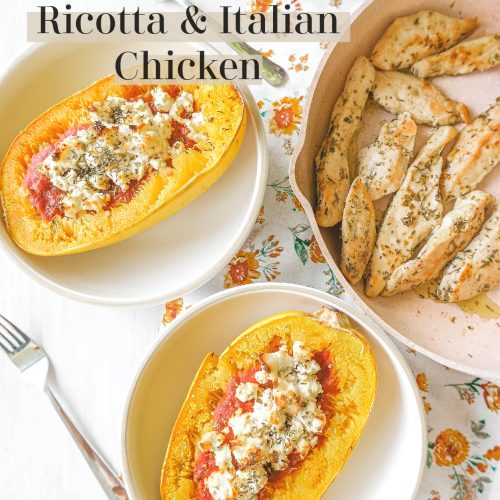