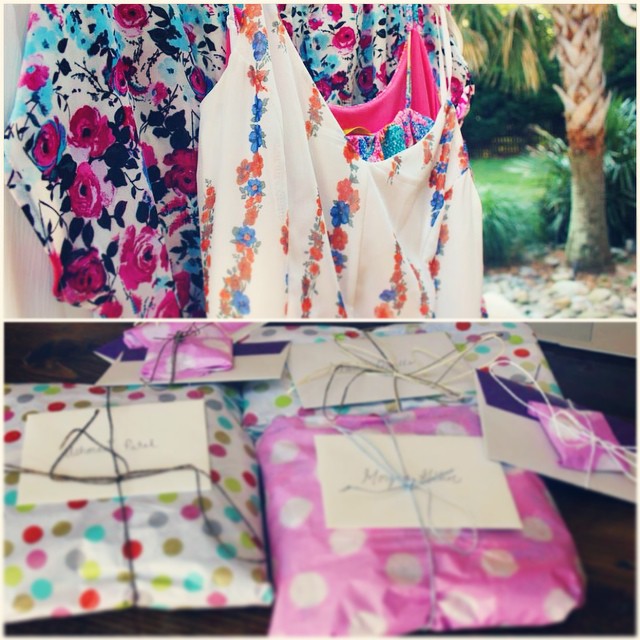 I just finished sending out some Saturday morning shipments and now I’m cuddled up on the couch with little Santino and a cup of coffee. I’ve been having so much fulfilling orders and adding new items to the shop. Thank you guys for shopping and all the request emails! I have some pretty awesome items on their way! 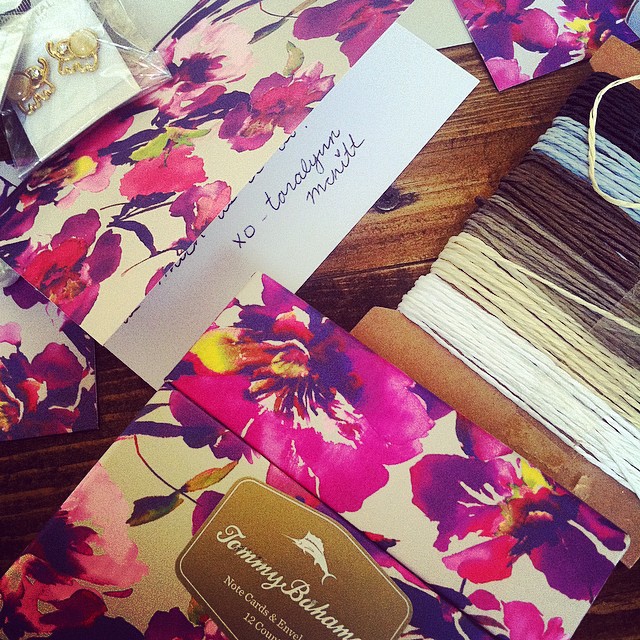 You can check out my Simply Taralynn Collection here! 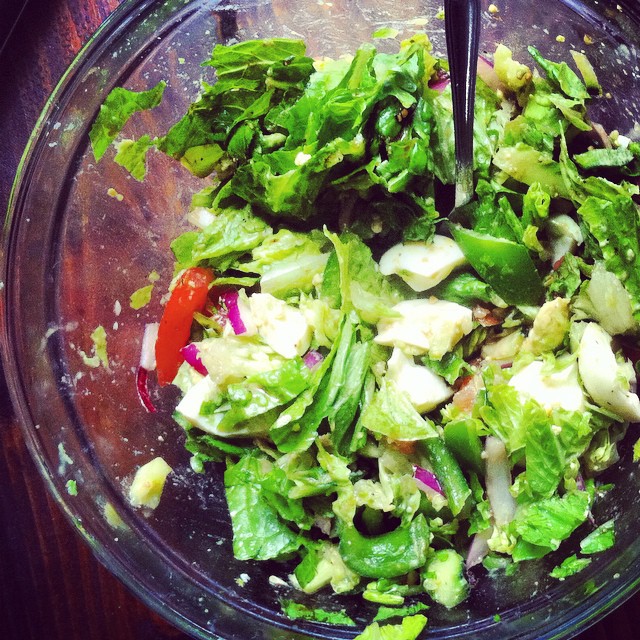 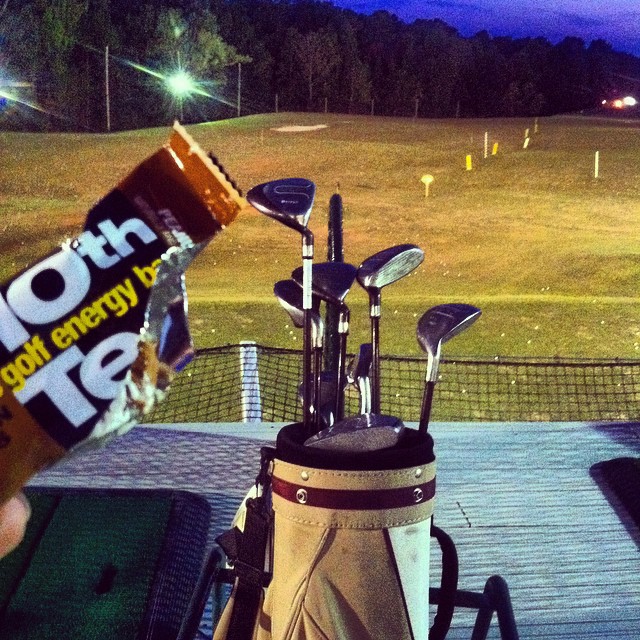 Around seven a group of us headed to the driving range to hit some balls. I hadn’t had dinner and I knew it was going to be late by the time we ate and so I picked up a protein bar at the golf house. 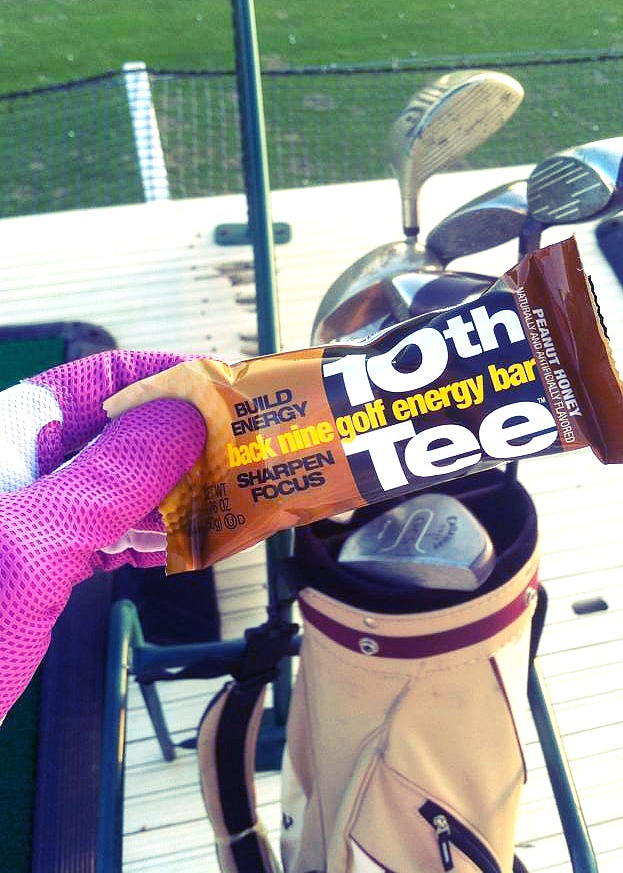 I had never heard of the 10 tee bars before and they were surprisingly good! I am ordering some today because they kept me full and they were satisfying. This is my favorite part of the summer; I love golfing so much. I had some pretty good shots and a couple drives that were between 200-215 yards. The others averaged 175 yards. Golf is really mental and I only hit well when I’m not thinking about it. I ended up hitting 200 balls and I’m ready to get back out there today. 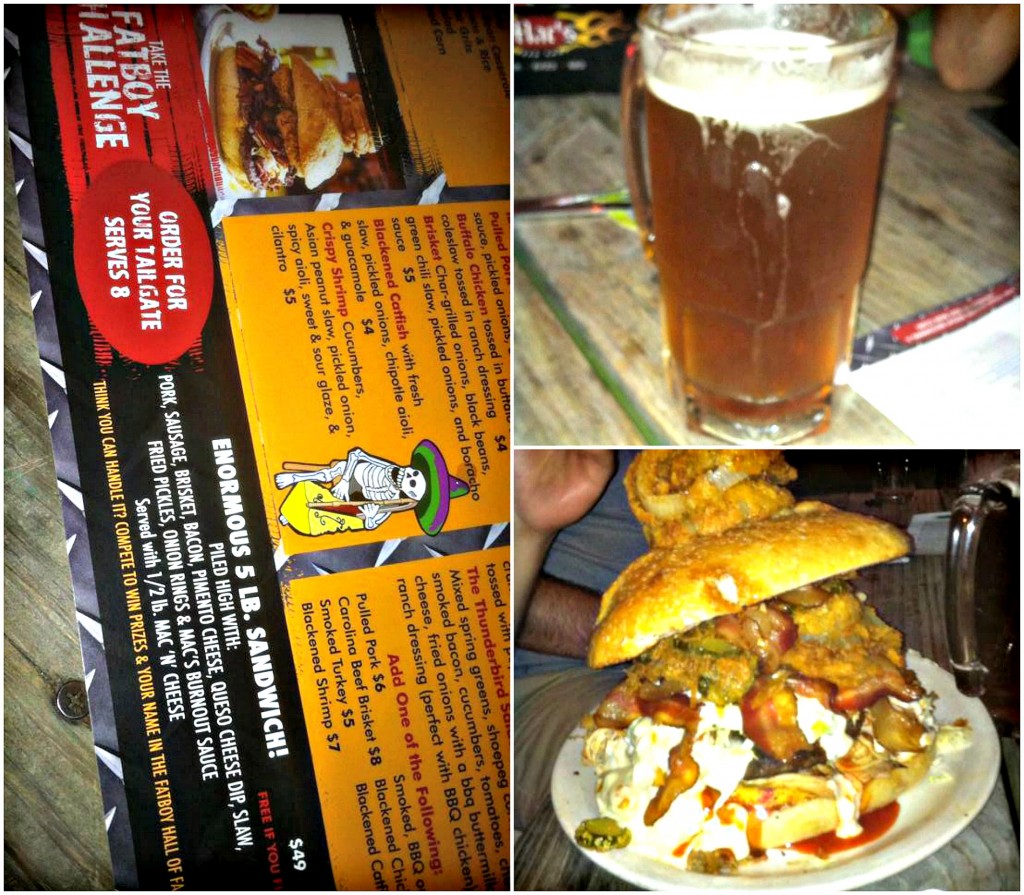 I was right about dinner. We didn’t end up eating until 11 pm and I hate eating that late so I ordered a little side salad and six wings. I usually pick off the skin of the wings because I can’t stand the texture of “skin” in my mouth. One of our friends, Anthony decided to try the Fat Boy Challenge at Mac’s speed shop. To be honest, we all thought he could do it. This kids eats and eats and eats and we have no idea where it goes because he’s in shape. 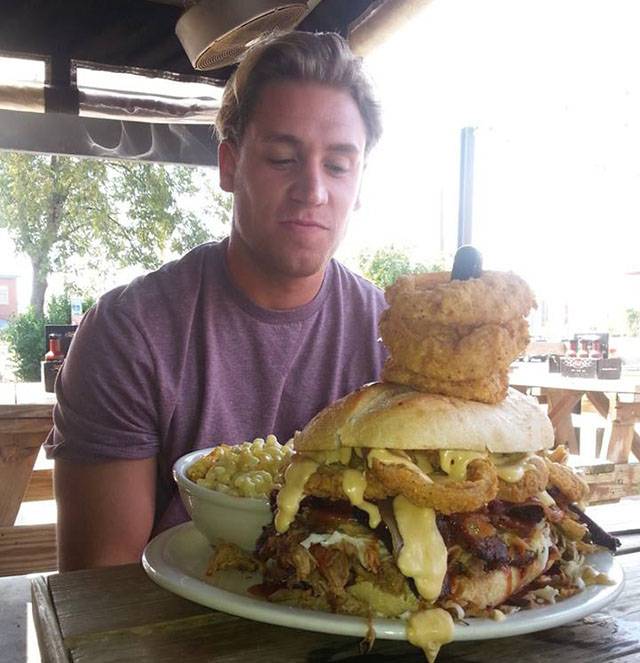 Fatboy Challenge: it’s five pounds of sausage, brisket, chicken, pulled pork, bacon and onion rings, all covered in cheese on a giant sandwich with a side of mac and cheese and a liter of beer. 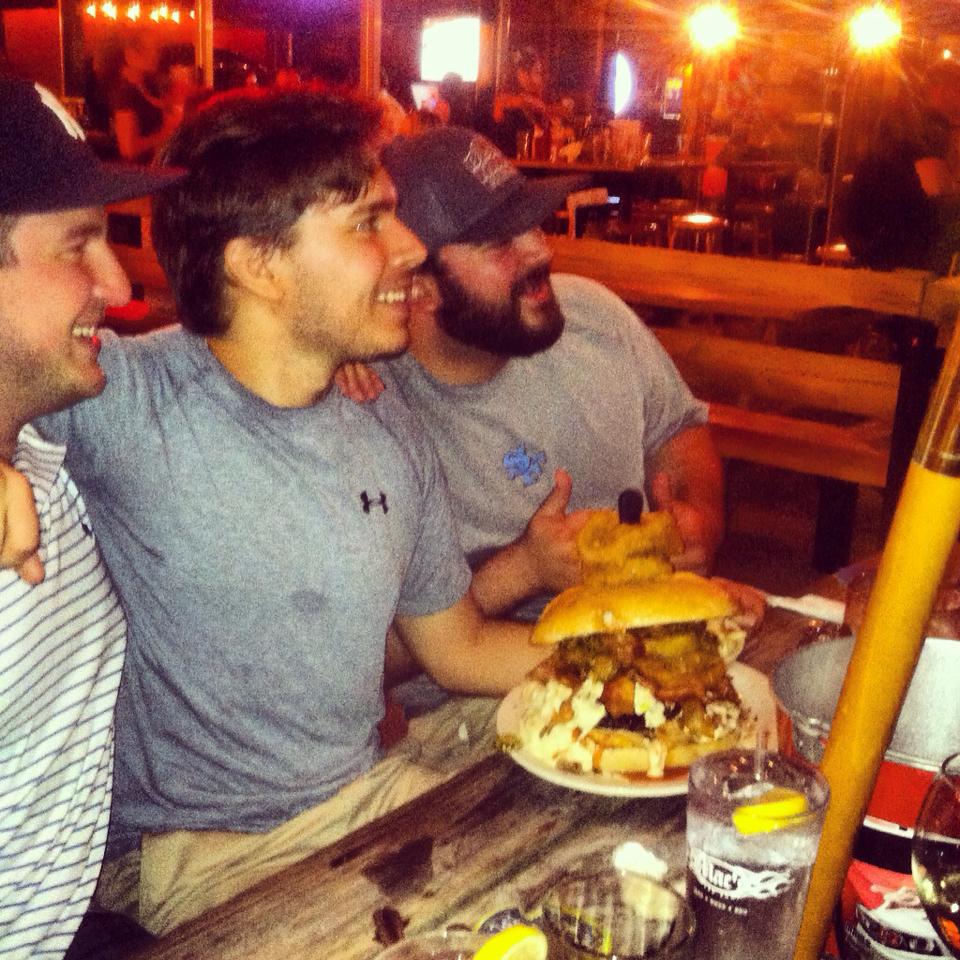 Once the plate came out, it was 20x bigger than the photo on the menu. The worst part is that it tasted awful. They used sourdough bread, extra salt, and loaded it with the spiciest sauces and pepper flakes, which they refused to tell him before taking the challenge. They even made him sign a contract. If he didn’t finish it, he had to pay $50, if he threw up, he had to clean it up, and if he won, his meal was free and his picture went up on the wall with a free shirt. The worst part was that he had to finish a liter of beer after the sandwich. The macaroni was bland, the burger was really dry, and it was so spicy Ant’s face was burning red. He could have easily eaten that thing in twenty minutes if actually tasted good and if it wasn’t spicy but he was miserable taking that thing down. The restaurant workers had no faith in him because they knew how bad that tasted, how spicy it was, and they’ve seen how many people have failed. He started watching inspirational videos on his phone to get it all down and at the very last minute, he did it. He took the last two bites of macaroni and cheese and won. I was full for him and it looked painful. He said he wasn’t full, his mouth was just burning alive, which was crazy. 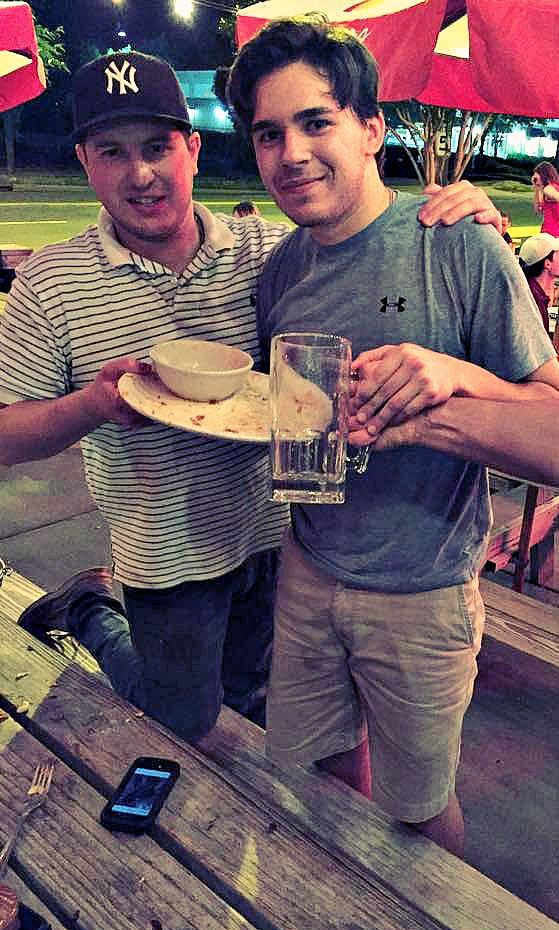 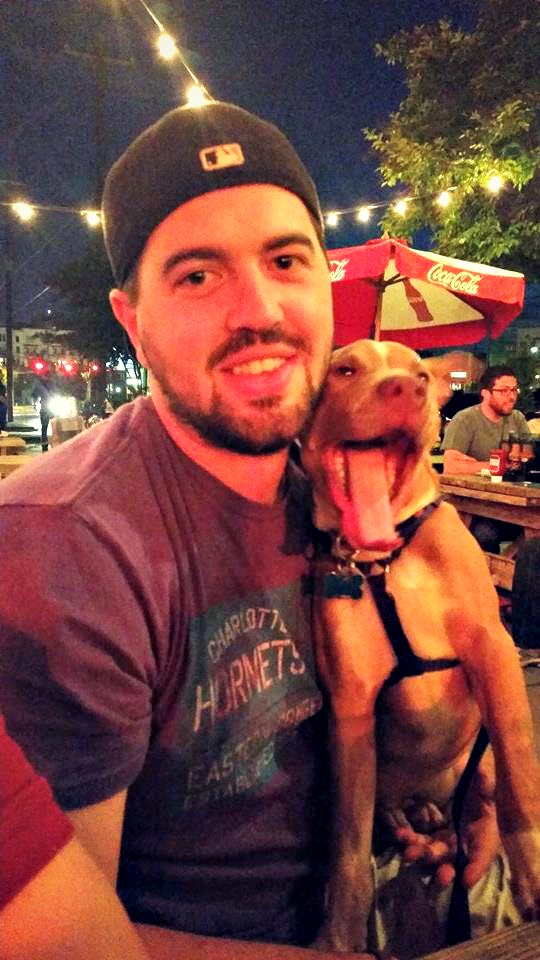 Last night was so much fun! I’ll keep y’all updated on the status of Anthony’s health! 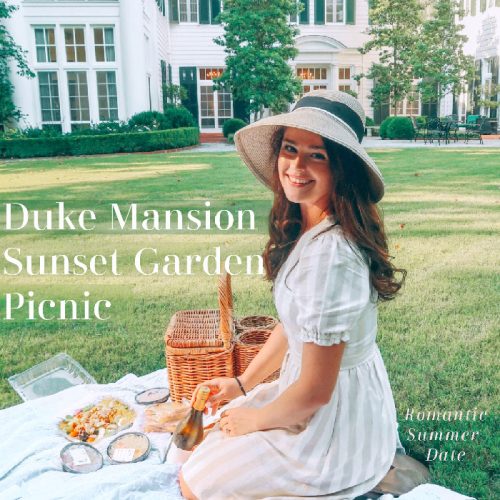 Date Night: Sunset Picnic in the Gardens at the Duke Mansion 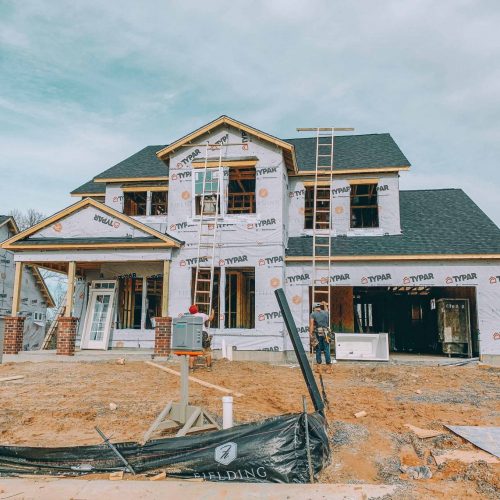 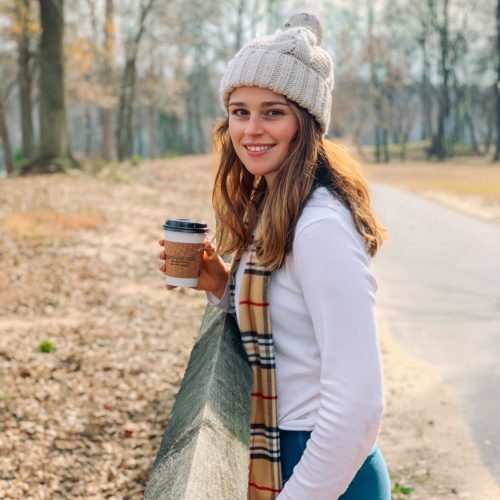 Celebrating The Holidays With Family, Friends, and Home Updates!