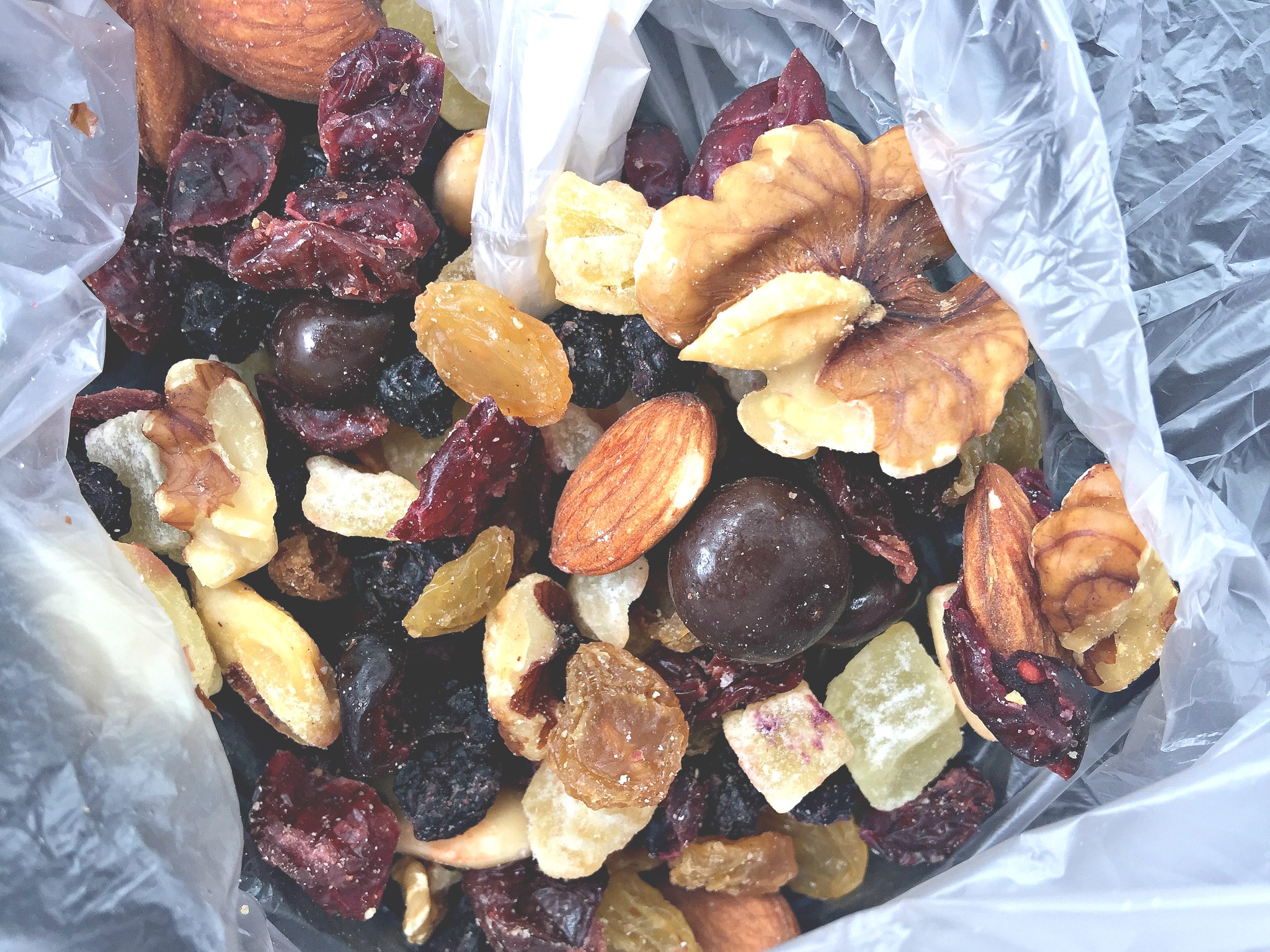 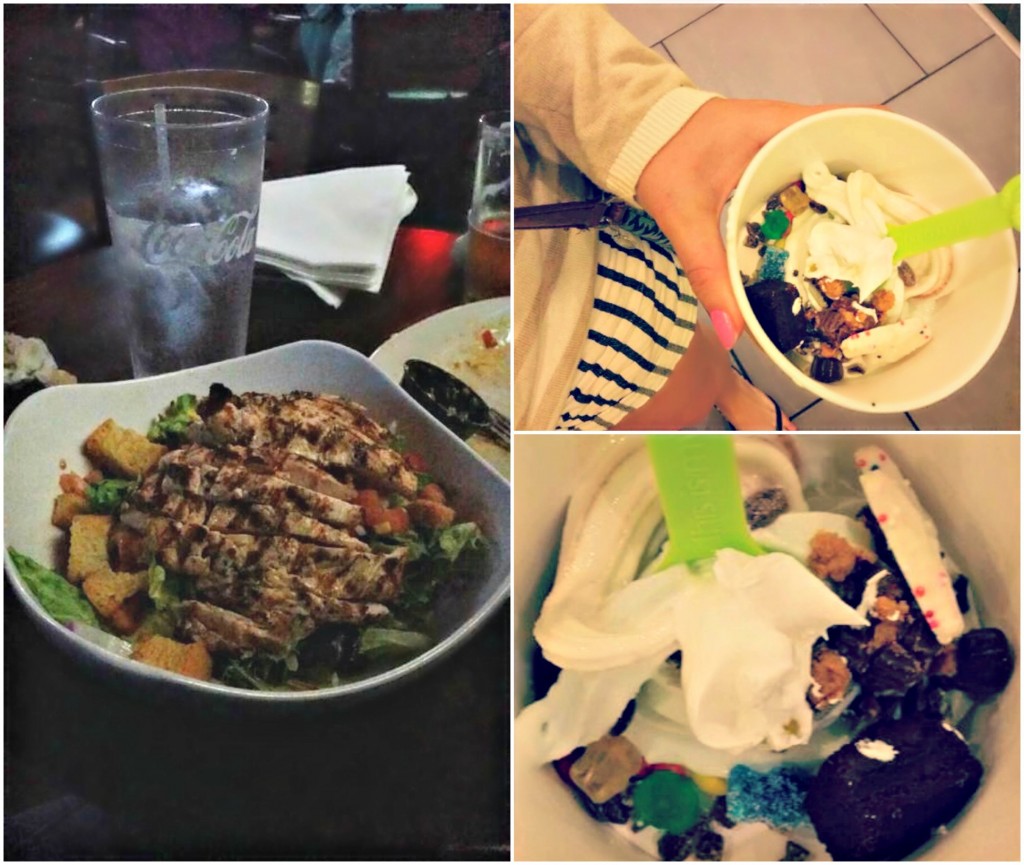 Instead of writing up ten posts, I’m going to squeeze tons of photos into one and call it a recap! I always forget to post little restaurant photos or pictures from my phone and I end up with these long posts. I like to take photos with my camera and never forget those pictures, but it’s a lot easier for me to snap pictures with my cell phone at some outings. I do need a new phone though! I am using my backup phone because I broke my old one and now my backup phone is broken. Whoops. I guess it’s time for me to start using cases.

I went to Selwyn after walking the dogs for a quick bite to eat. I ordered the Grilled Chicken salad. After, we did our once a month fro-yo treat-yo-self date! I get the no sugar added vanilla with a couple of my favorite toppings. 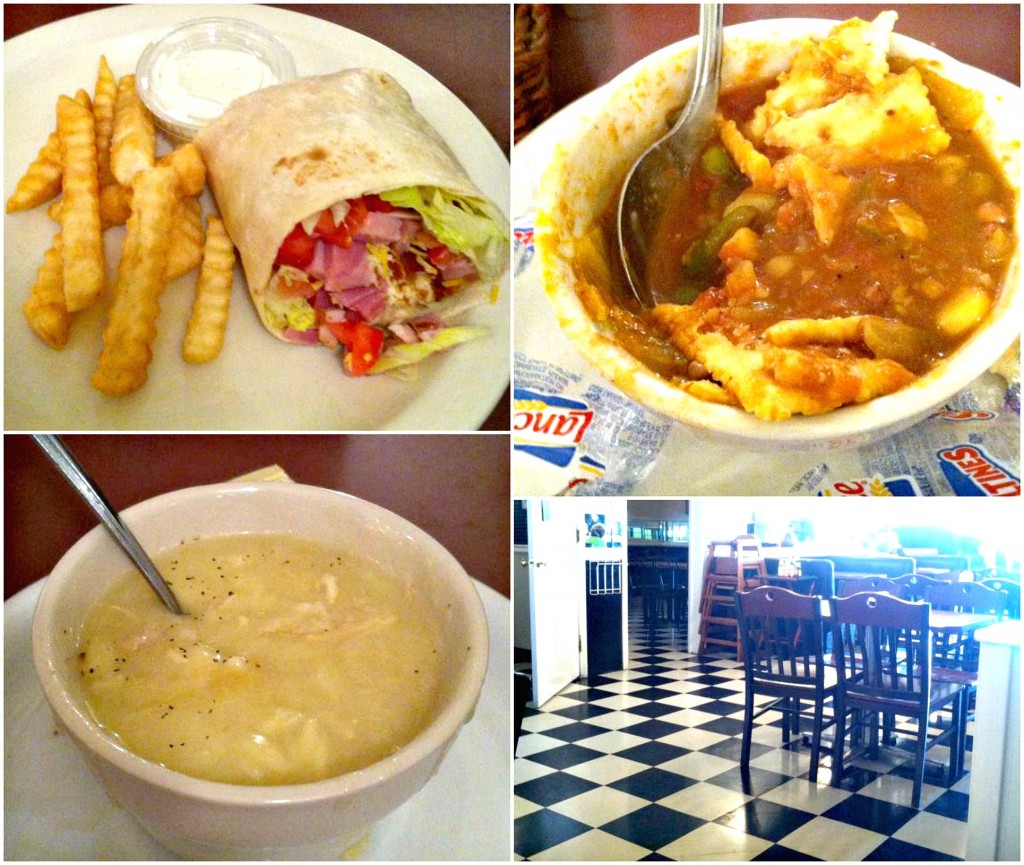 Tuesday, I met up with my mom for Lunch at Charlotte Cafe. We always love splitting meals and so I told her to pick and I’d eat whatever she ordered as long as it didn’t have mushrooms. We both had a cup of soup, chicken and vegetable, and split the Charlotte club wrap. I wasn’t a huge fan of the wrap because it had “chunky ham”, which I’m not a fan of, but the soup was awesome! 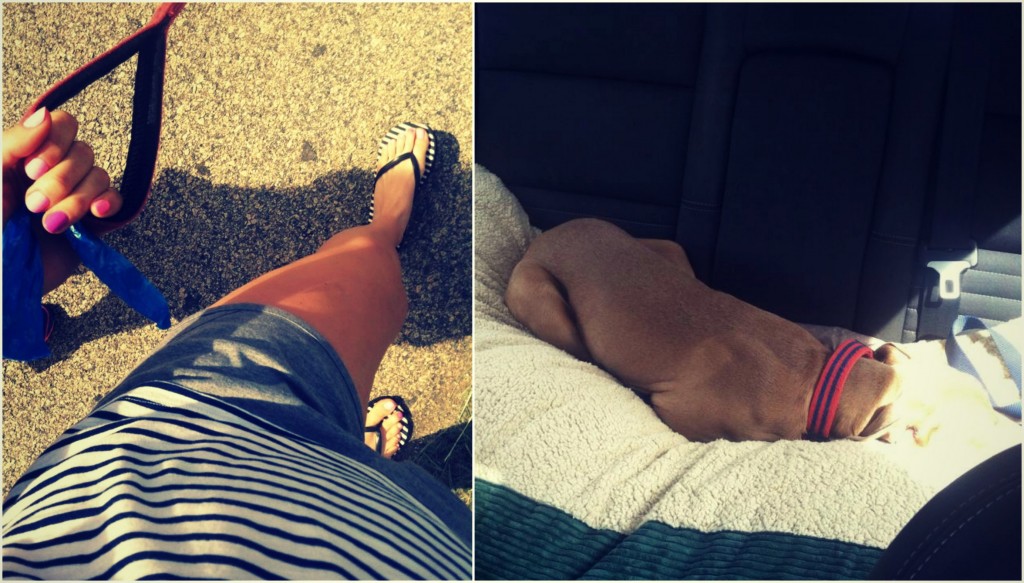 After Lunch, I walked Grumples and Tino for an hour and then let them run around and play in the backyard. Those two go at it for hours. They sleep like babies! 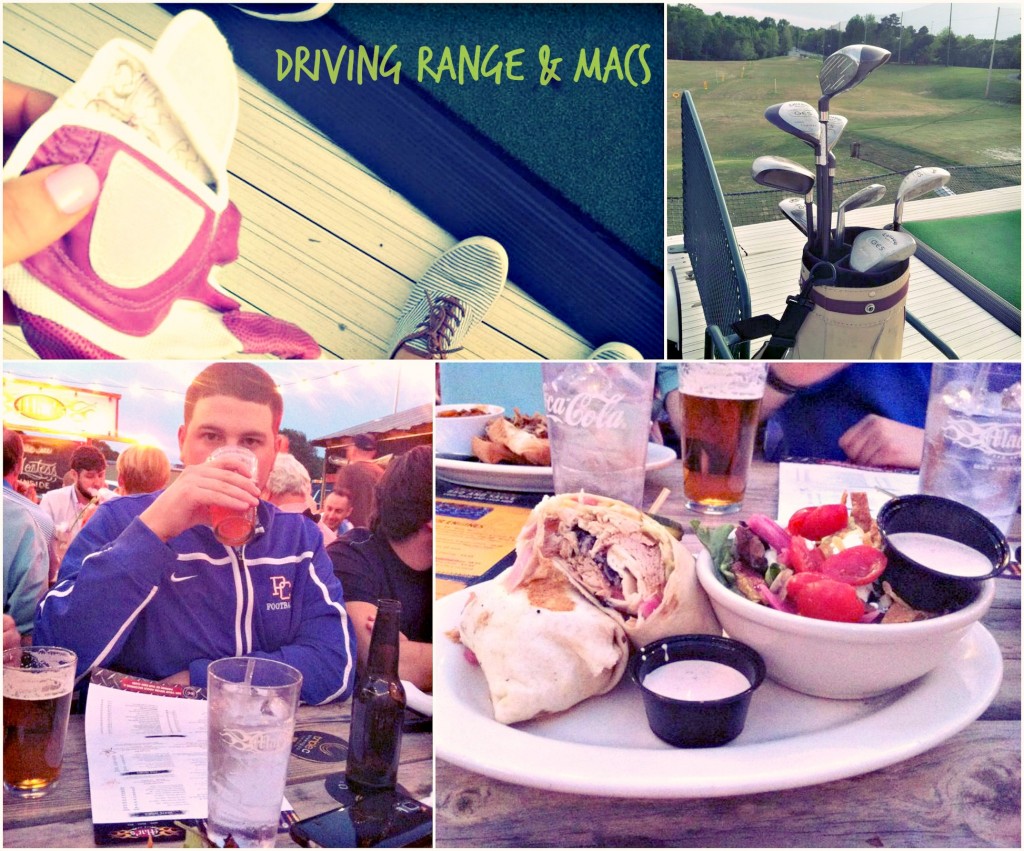 I’m so happy my parents moved down south because now I have a 24/7 golf buddy.

After golf, we headed Mac’s Speed Shop to meet up with his brother Joe, and his friend, Anthony. Anthony’s parents were in town visiting from New York and so they were there as well. His parents are hilarious and we had so much fun hanging out. I ordered the smoked turkey club with a side salad. It was pretty good, but not as good as their beer can chicken. 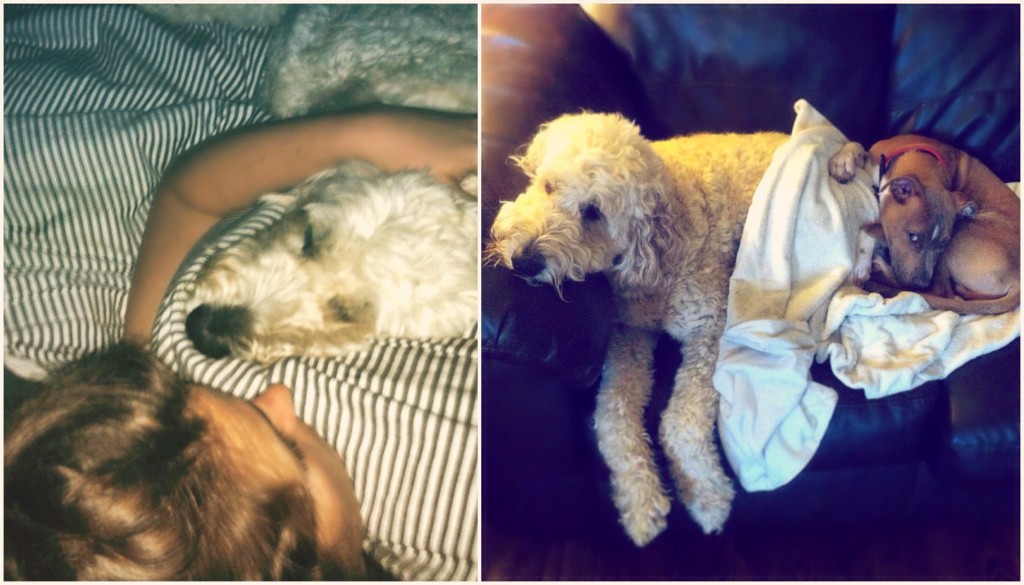 Saturday was rainy, but I still took Grumples for a three mile walk in the pouring rain. You can tell his fur is extra curly in that photo from being wet. 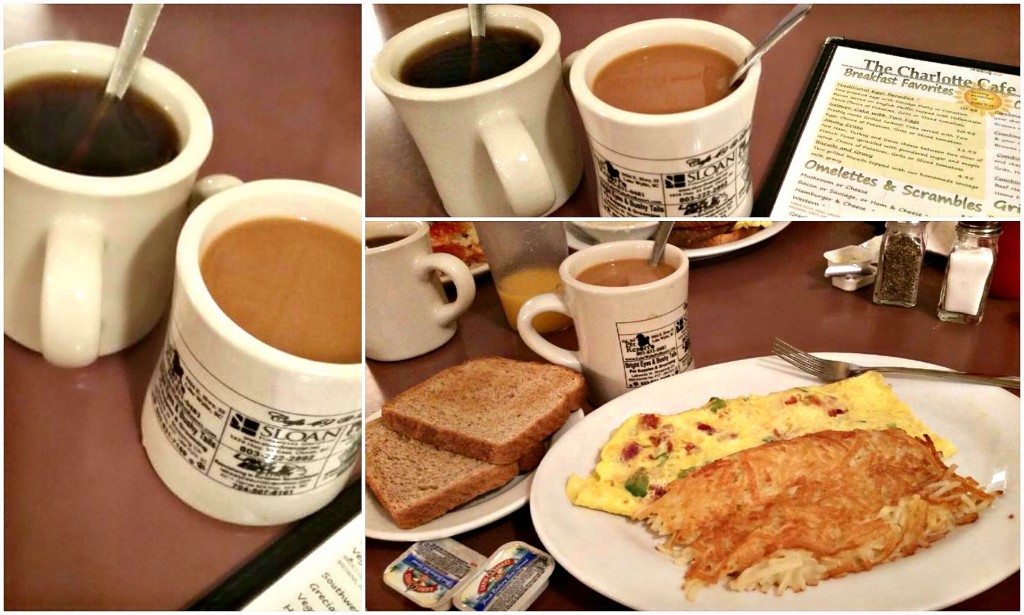 We went up the road for breakfast at Charlotte cafe because it’s really close to his house. I ordered their vegetable omelet with a side of wheat toast and has browns. Oh and of course coffee! 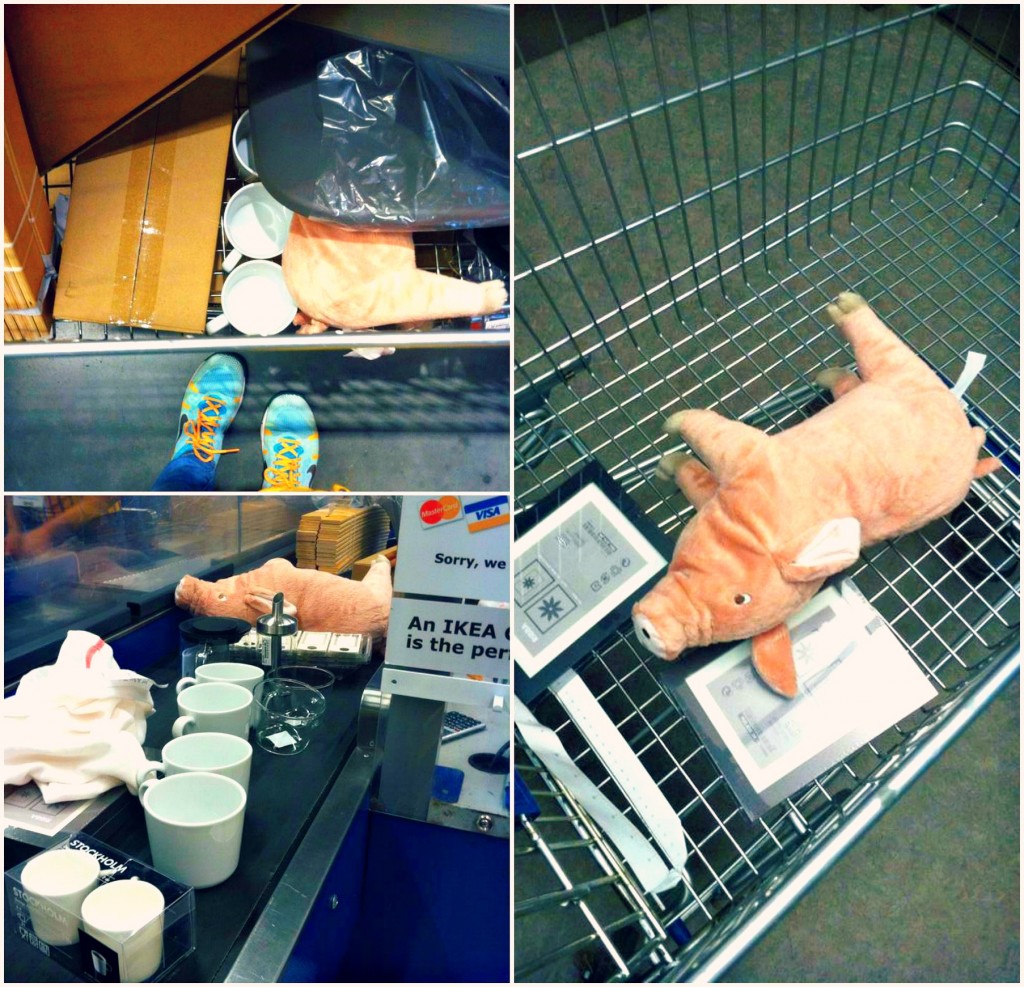 After breakfast, I to Ikea to get a few things. I went in to get some new mugs, a frame, and a teapot. Oh, I got a pig too. 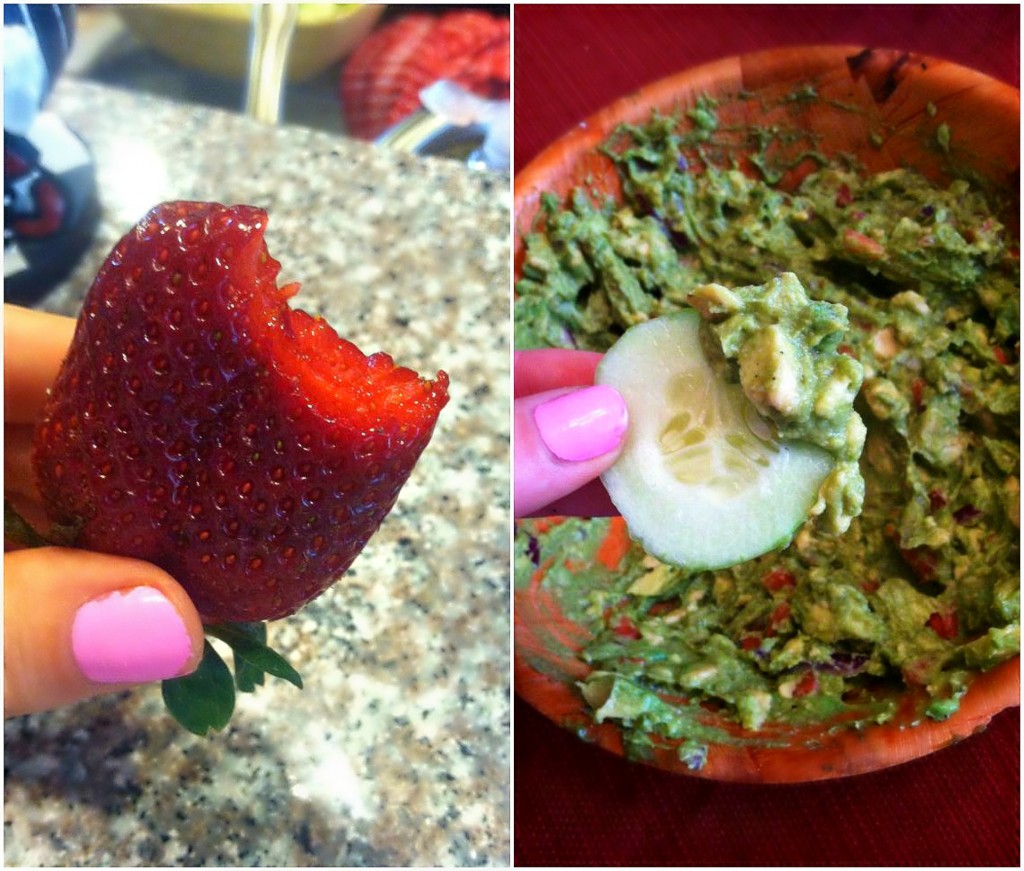 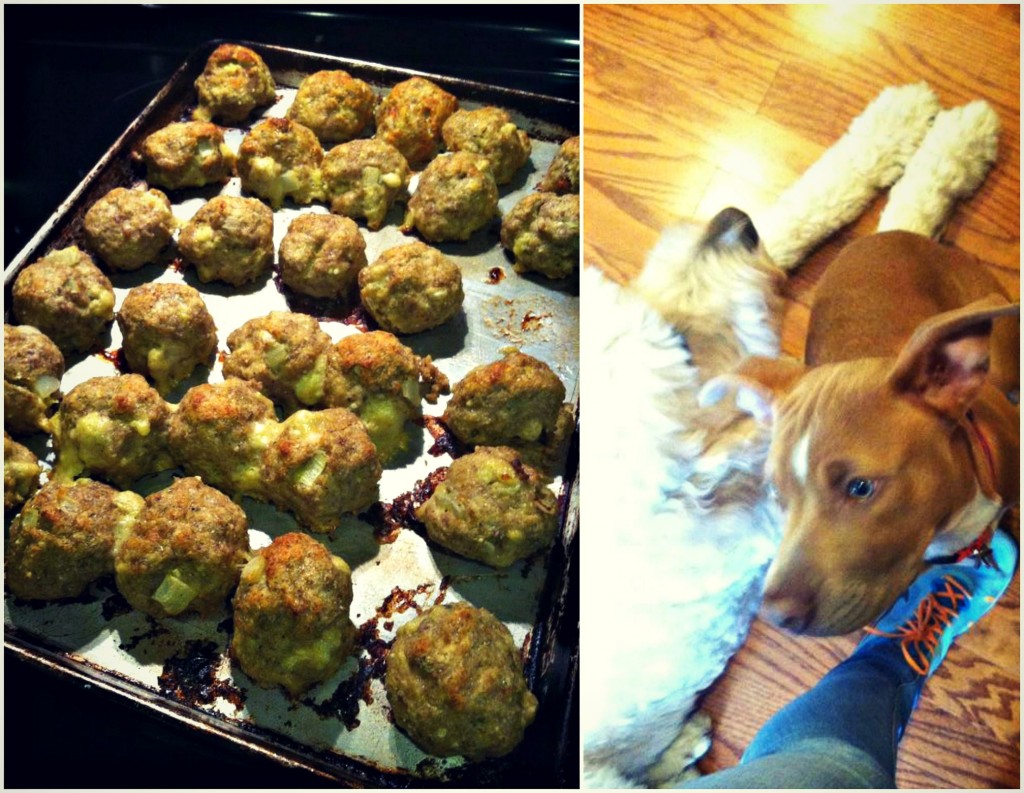 I bought spaghetti squash to eat with Ralph’s sauce and meatballs. They like it too 🙂 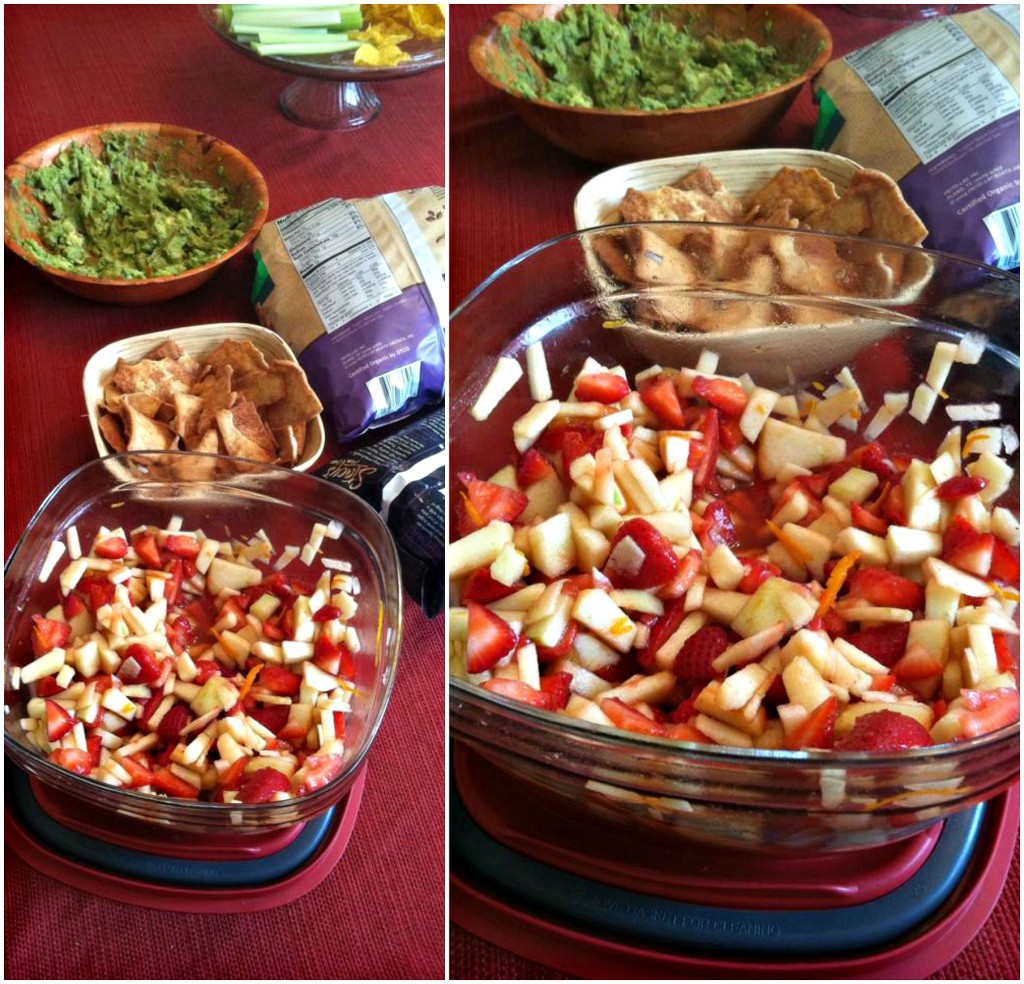 Helen, Anthony’s cousin, made a fruit salsa with cinnamon chips on the side. She is going to email me this recipe so I can share it with you! It was awesome and I think I’m going to make it at the 4th of July party! 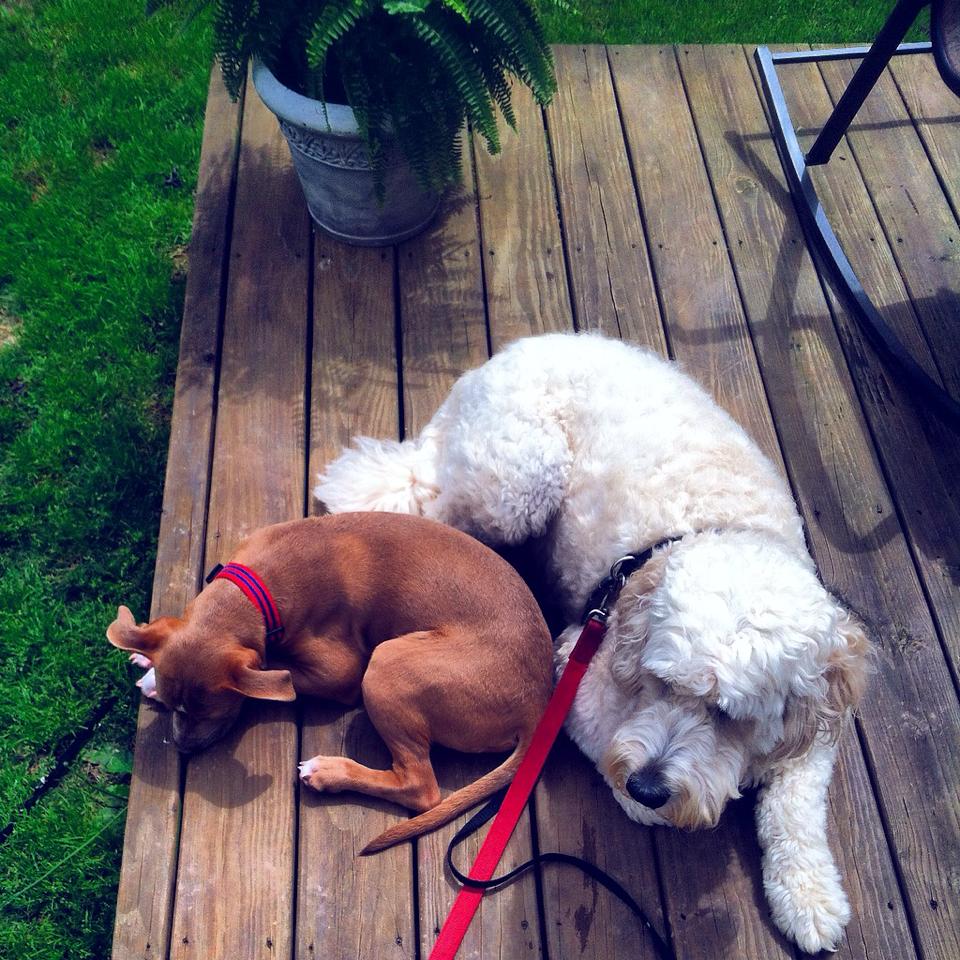 The pups were much happier that it was sunny on Sunday. They have had enough rain! 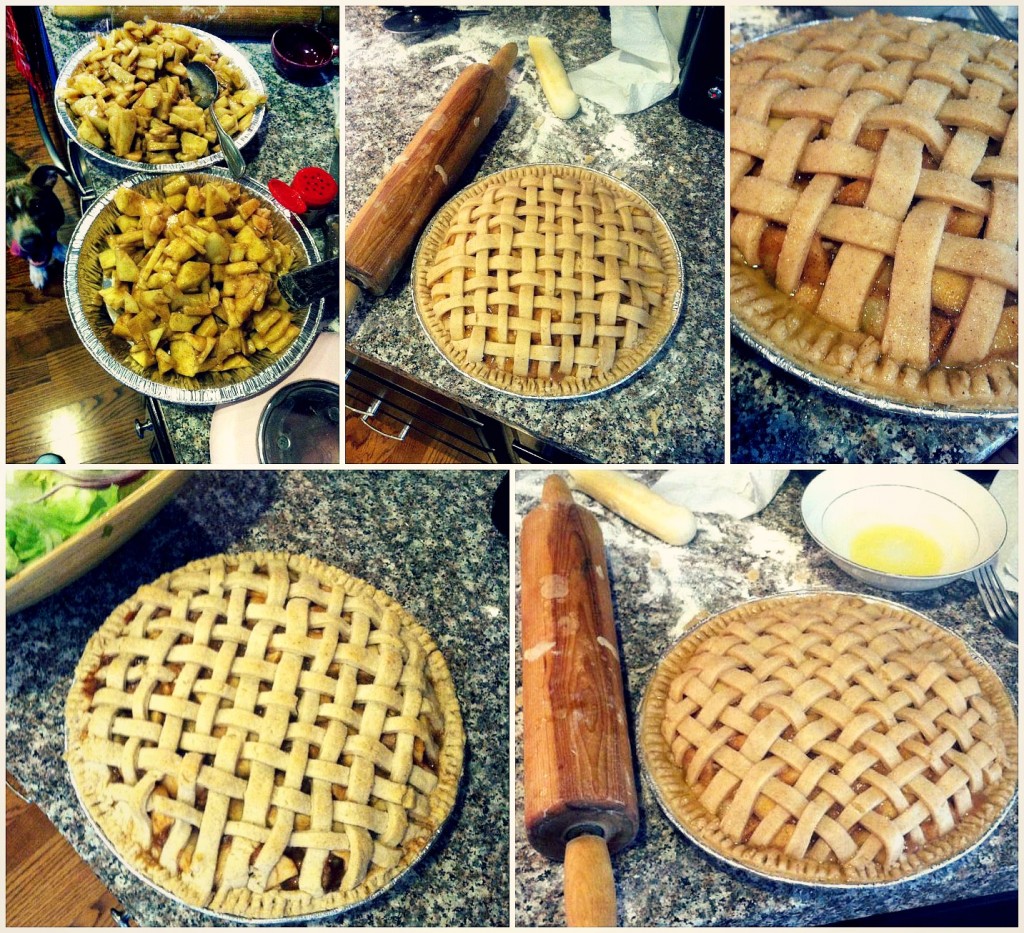 Joe and Anthony pressured me into baking my apple pie. Not that it was hard to convince me, but they insisted. The only thing I did different this time was I pre baked the apples inside for a good 30 minutes and then added more flour to the water in the pot cooked out of the apples. It was much better! 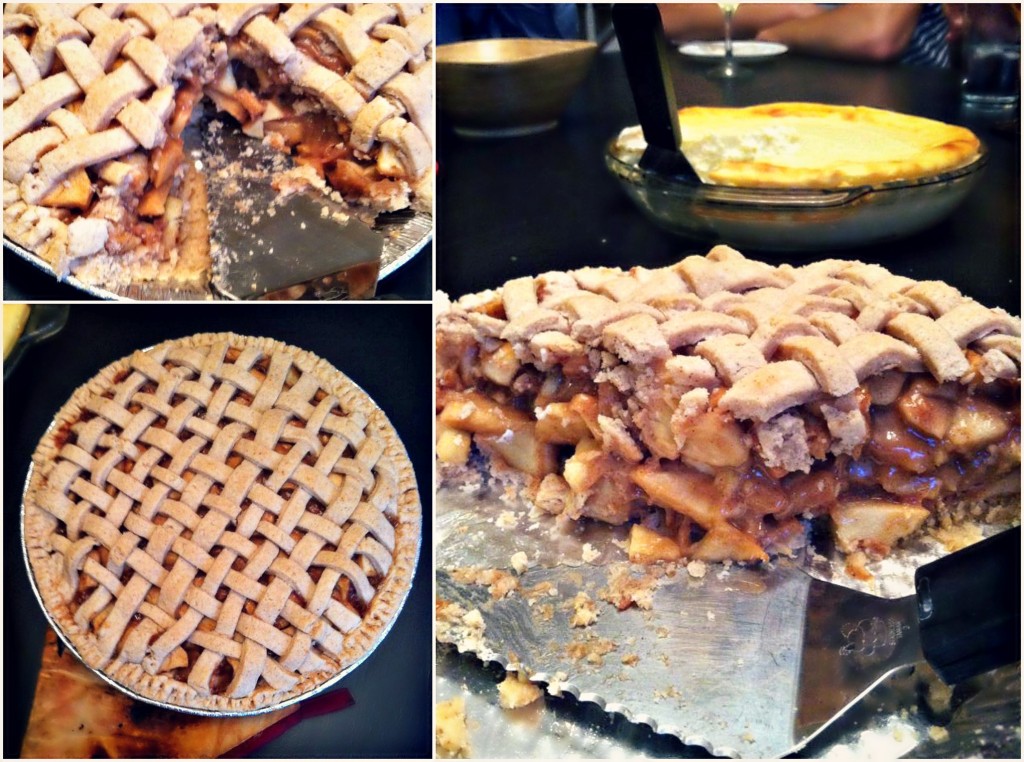 The pie was a lot of thicker and I think it’s the best I’ve ever done. Everyone loved it and ate it with ice cream. 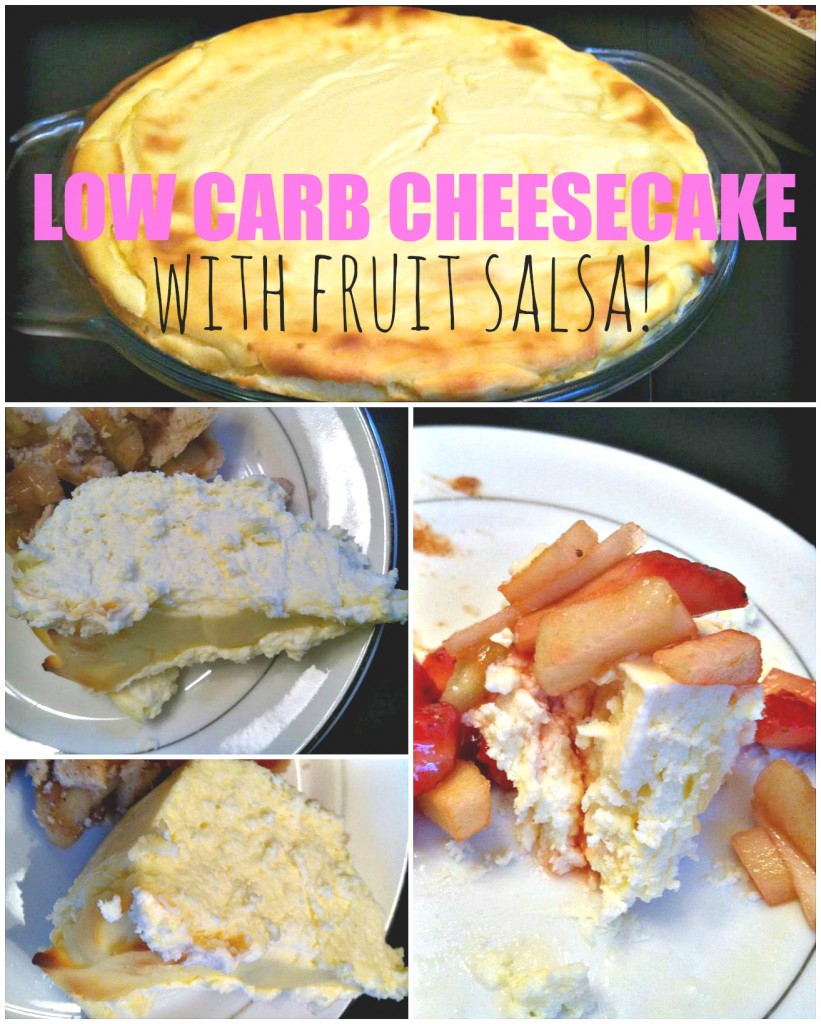 Phyllis made low carb cheesecake and I’m not a cheesecake person, never was, but this one was pretty good! I think it would be cool to make this next time with a coconut oil/almond flour crust! It was reallllllly good with Helen’s fruit salsa on top. 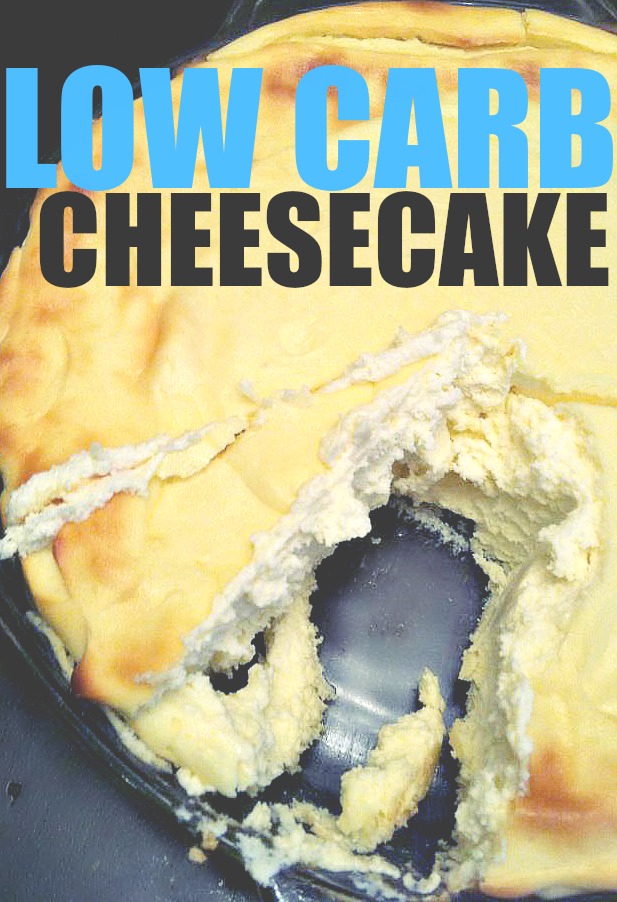 *I think the recipe should be cut in half if you’re making it for a small group.