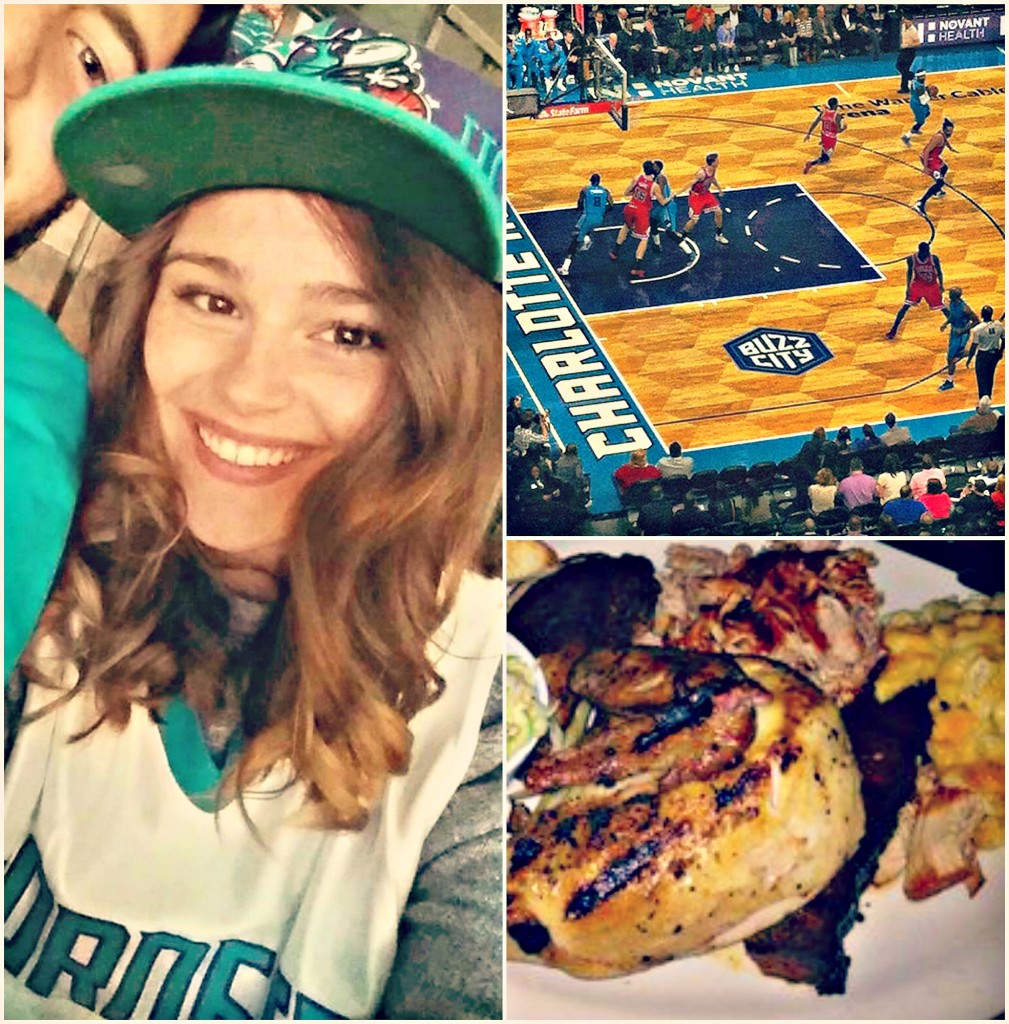 I had a pretty eventful weekend, hence the zero blogposts. It all started Friday night. Nick, Ant, Joe, and I went to the Hornets game. The games are so fun, they do a really good job entertaining the fans and interacting with them. I was proud of the Hornets for pulling through after the Bulls had a 20 pt lead.

After dinner, we met up with a couple of other friends at Mac’s Speed shop for dinner. We were starvin’ at that point because we hadn’t had dinner and it was almost ten. I ordered the grilled beer can chicken. 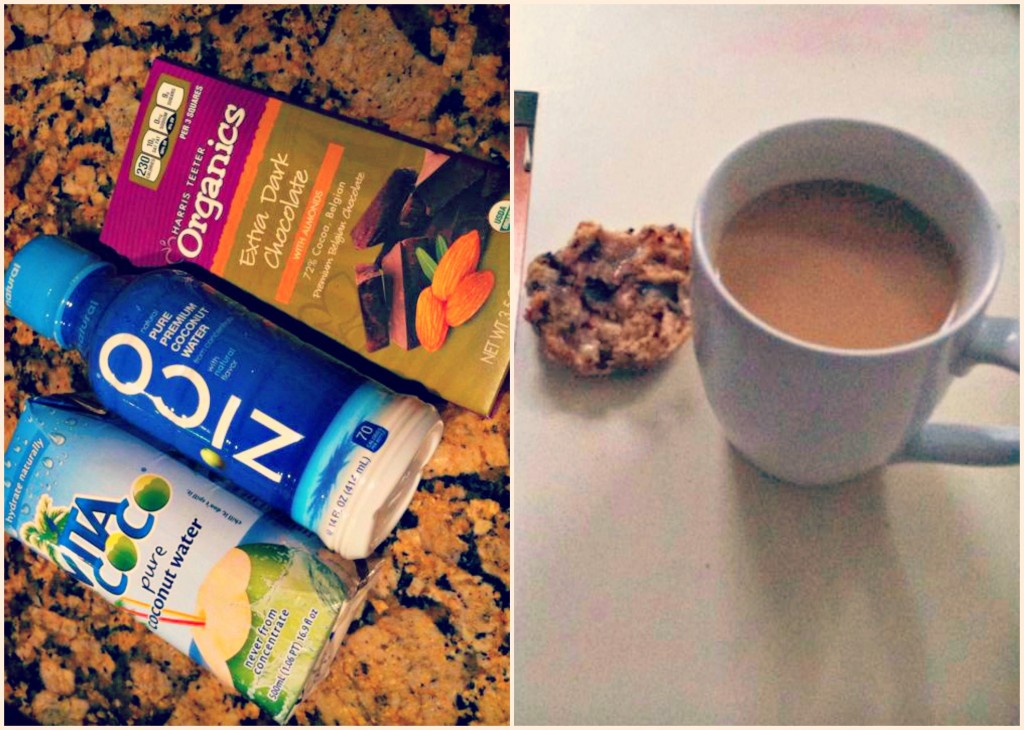 After the dinner, we went grocery shopping to get some things for our morning brunch. I picked up some coconut water and dark chocolate too 🙂 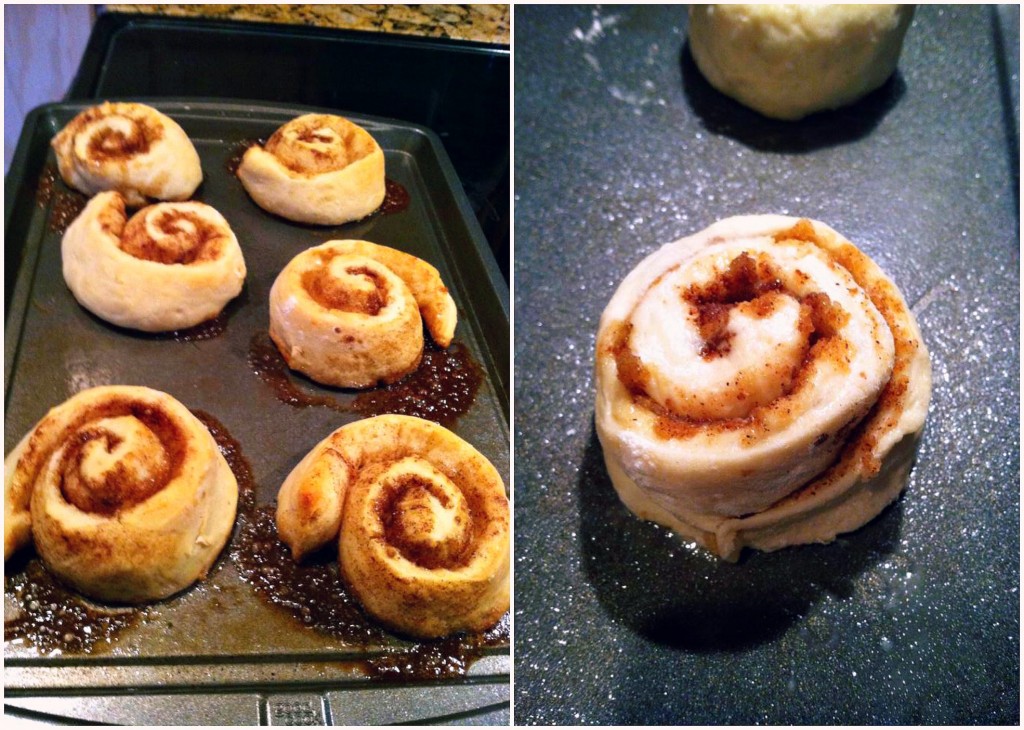 Early morning, I woke up and made my homemade cinnamon rolls. 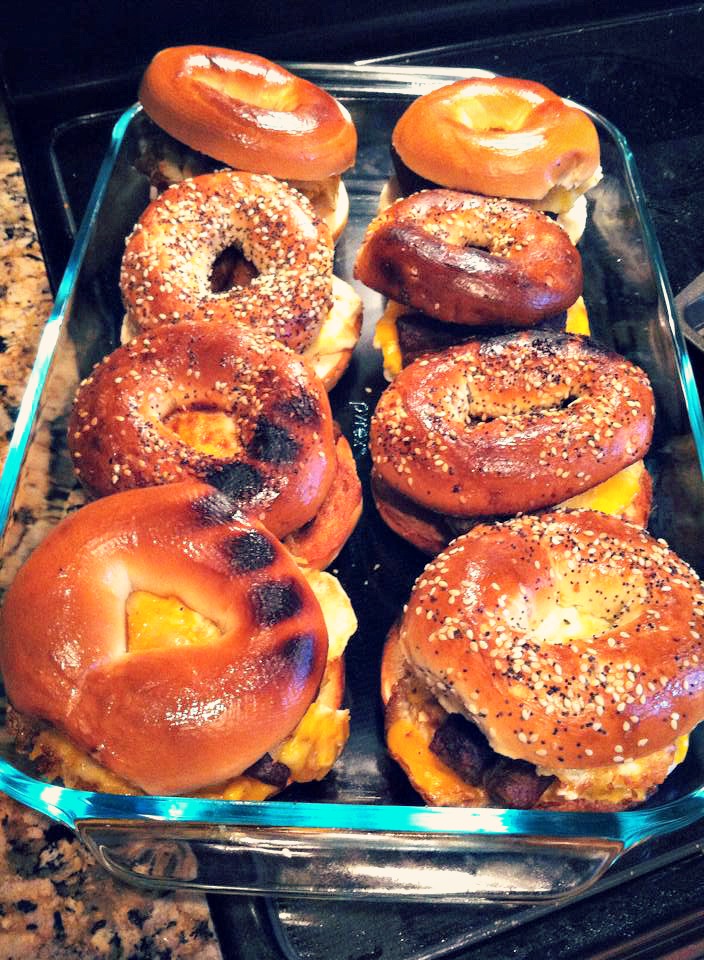 Nick’s brother, Joe, made breakfast sandwiches. He was a little tipsy while buying the ingredients the night before so the sausages were vegetarian. He didn’t realize he had bought boca sausages, but they were actually pretty good! No one would be able to tell the difference if you didn’t tell them.

I wish I would have recorded us making these in the kitchen. Some men come up with the best ideas, but watching them create them is the best part! 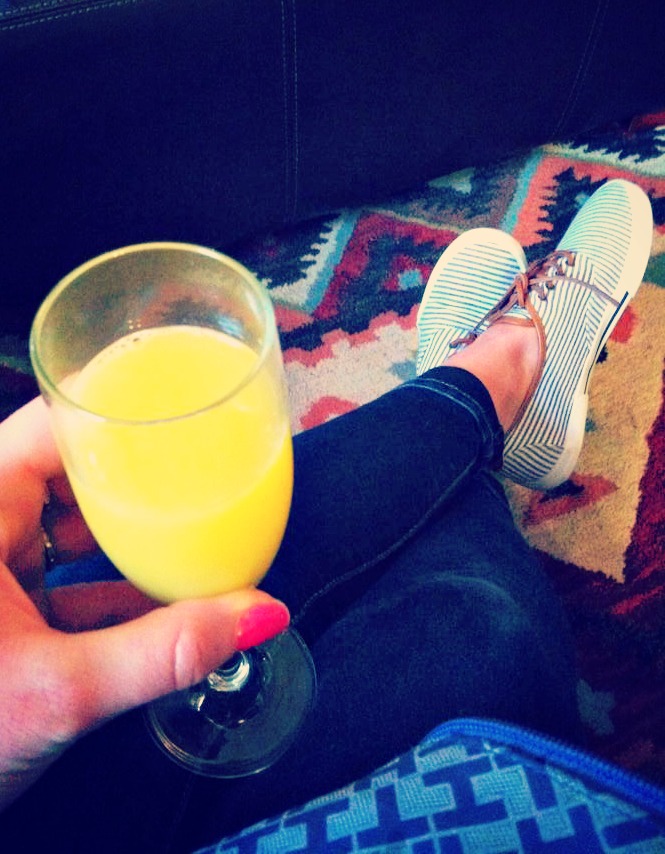 We headed over to our friend’s brunch around 11:30. Of course, Mimosas were served! 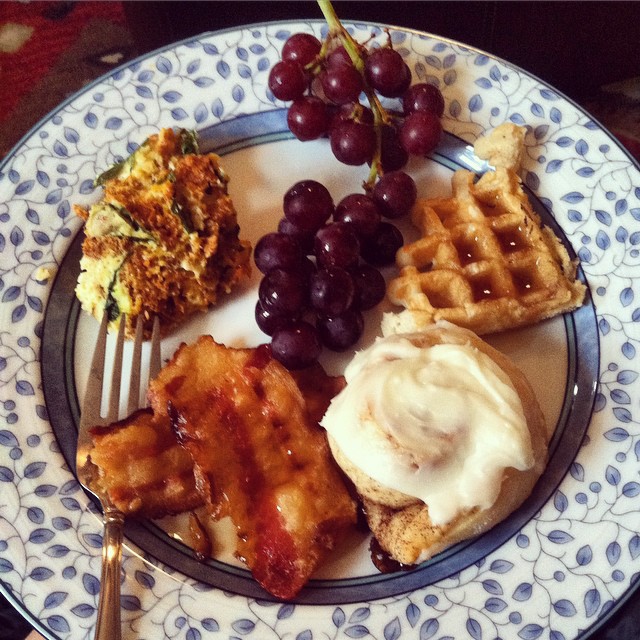 I had a little bit of everything, bacon, vegetarian breakfast casserole, waffle grapes and a cinnamon roll. 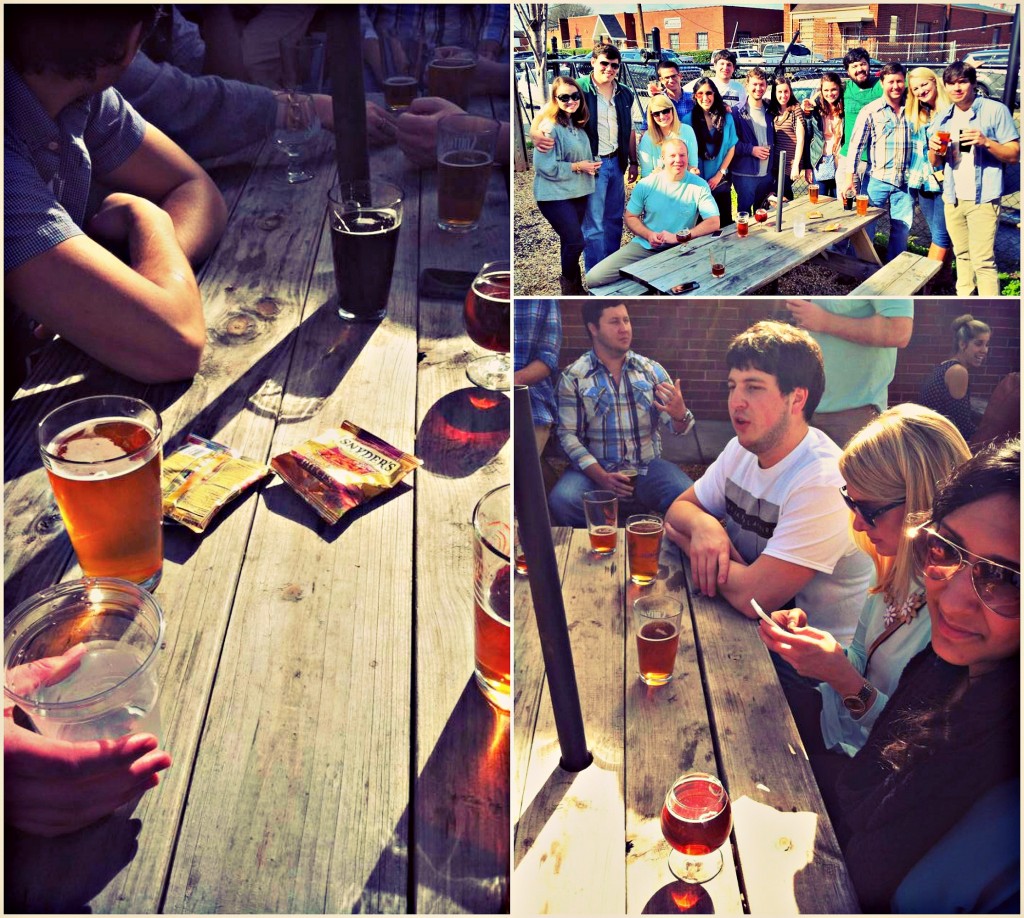 The bar crawls were way too crowded and that isn’t really our style, so we went to breweries instead. I’m not a beer person, so I just decided to be honorary DD. We went to Triple C first. 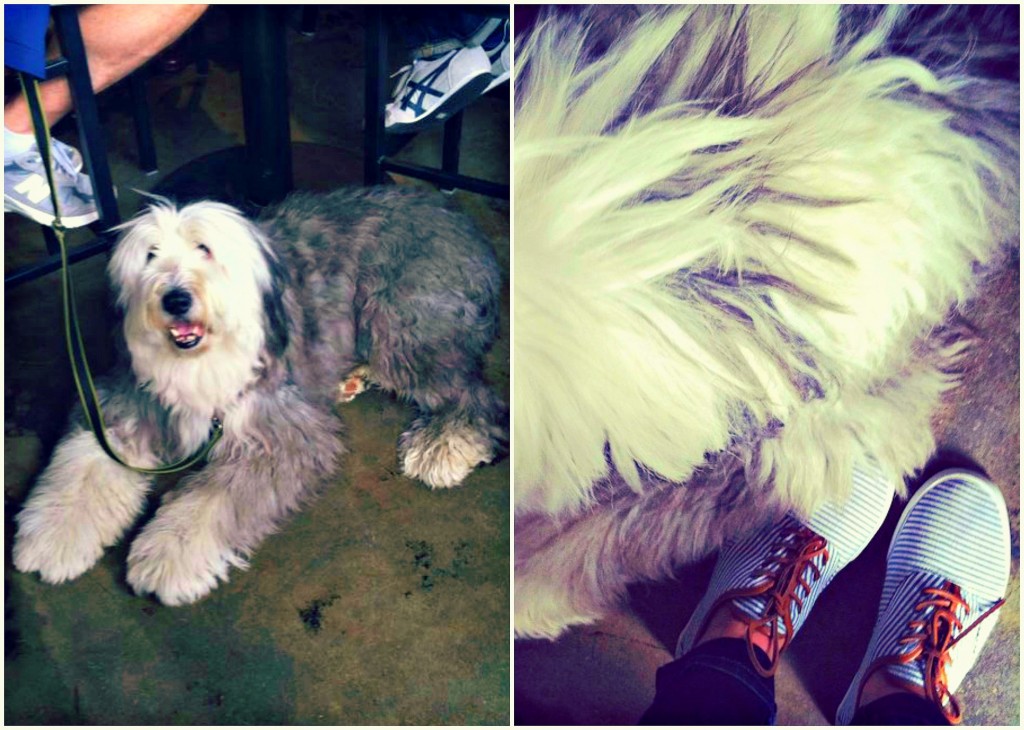 How cute was this little guy at the brewery!?

We played a round of foosball and then sat around for a while. Nick and I left to head to his parents to take their dogs out while they were gone. 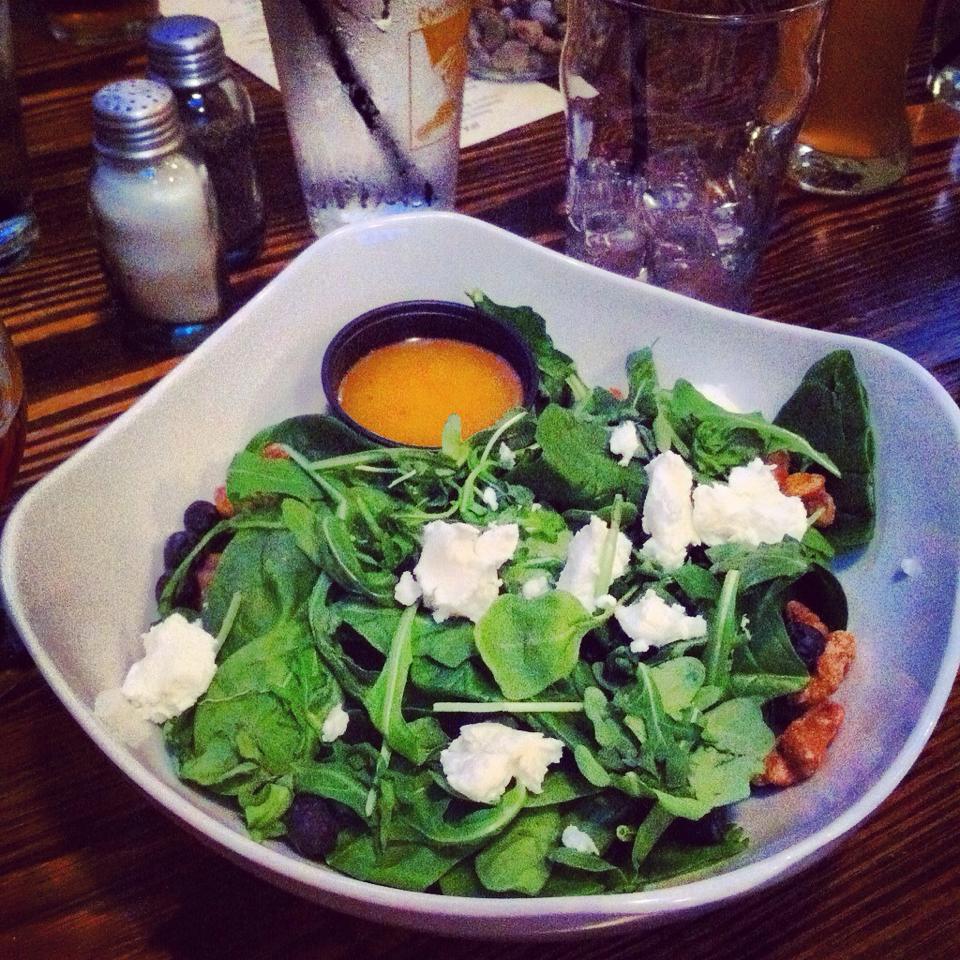 When we got back into town, we met everyone at Draught for dinner.

I ordered their blueberry goat cheese walnut salad with honey shallot dressing! It was freakin’ delicious. After dinner, we headed back to our friend’s place to watch the UNC/ND game.

Saturday was so fun! This is why I try not to plan my rest day’s because I had planned on running Saturday and taking Sunday off, but that didn’t work out. 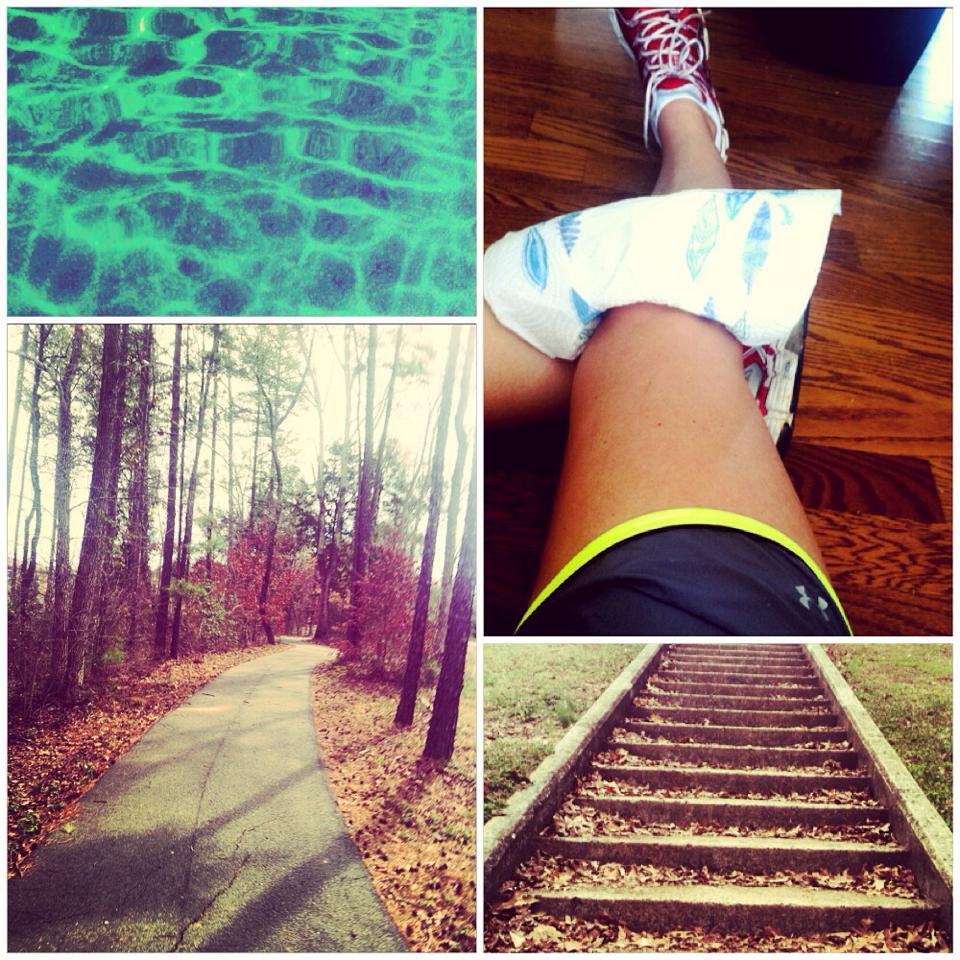 After church Sunday morning, Nick and I went for a four mile run. I loved the path at his parents house. 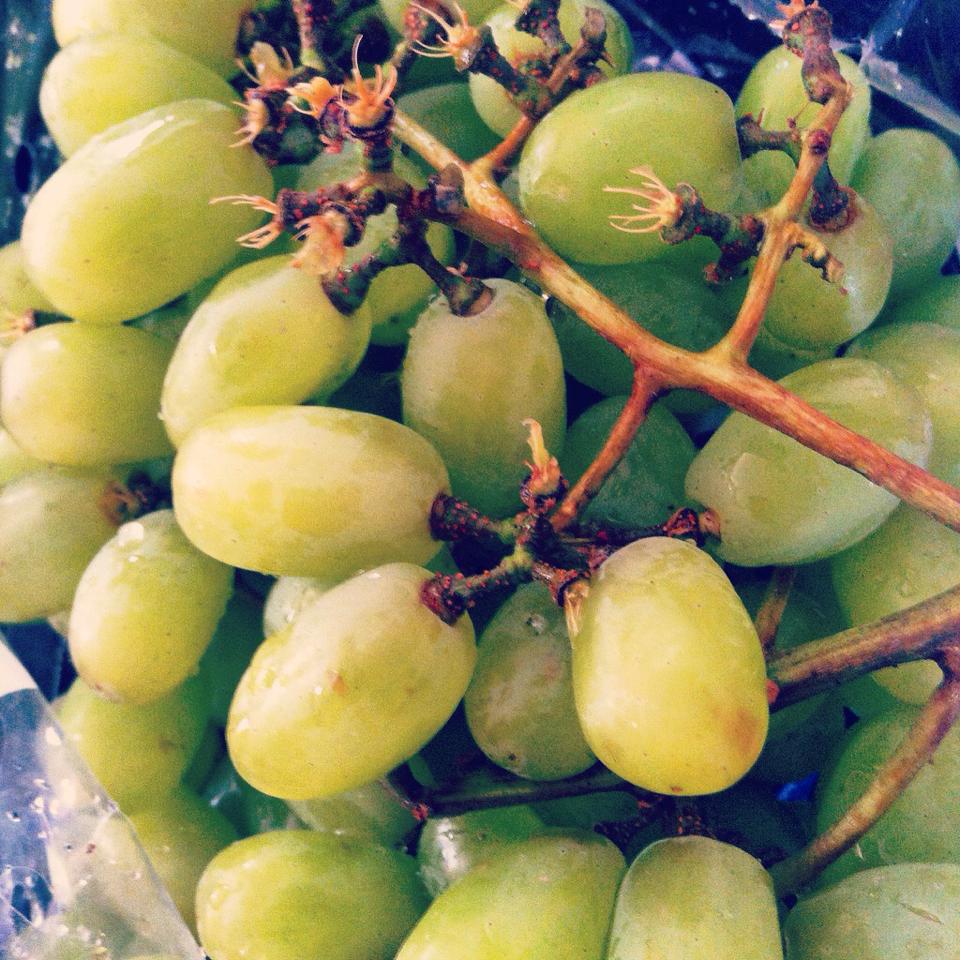 I hydrated with some grapes! I got cleaned up and then headed back to Nick’s parents for Dom’s birthday dinner. We had grilled chicken, sweet potato fries, salad, broccoli, and steak.

After dinner, we headed out to throw the baseball and make some room for cake. 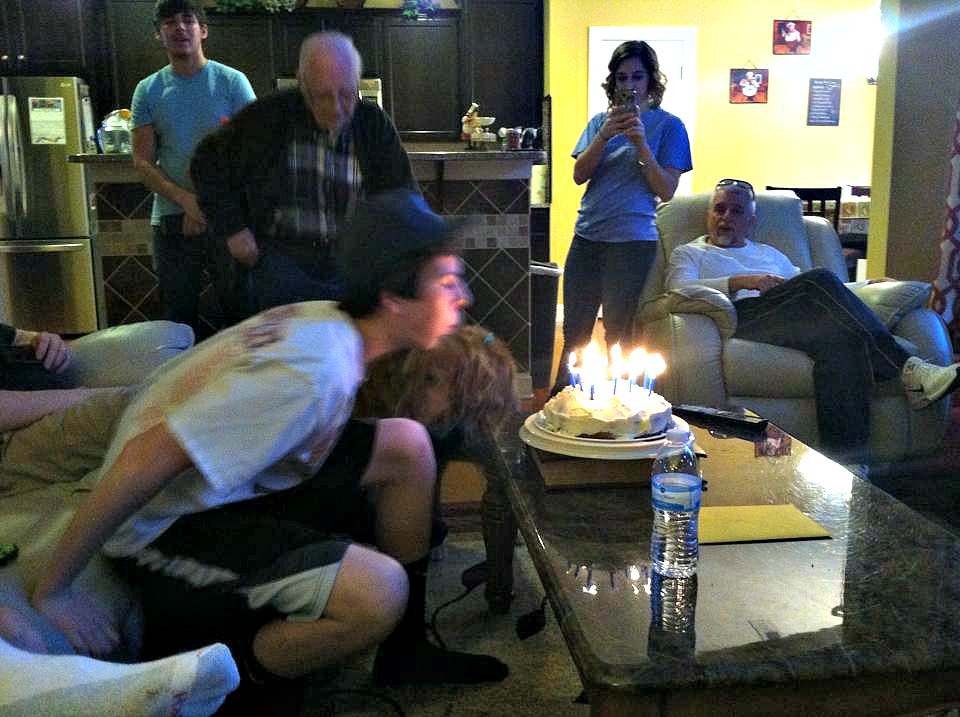 Dom is the tallest 13 year old I have ever seen. 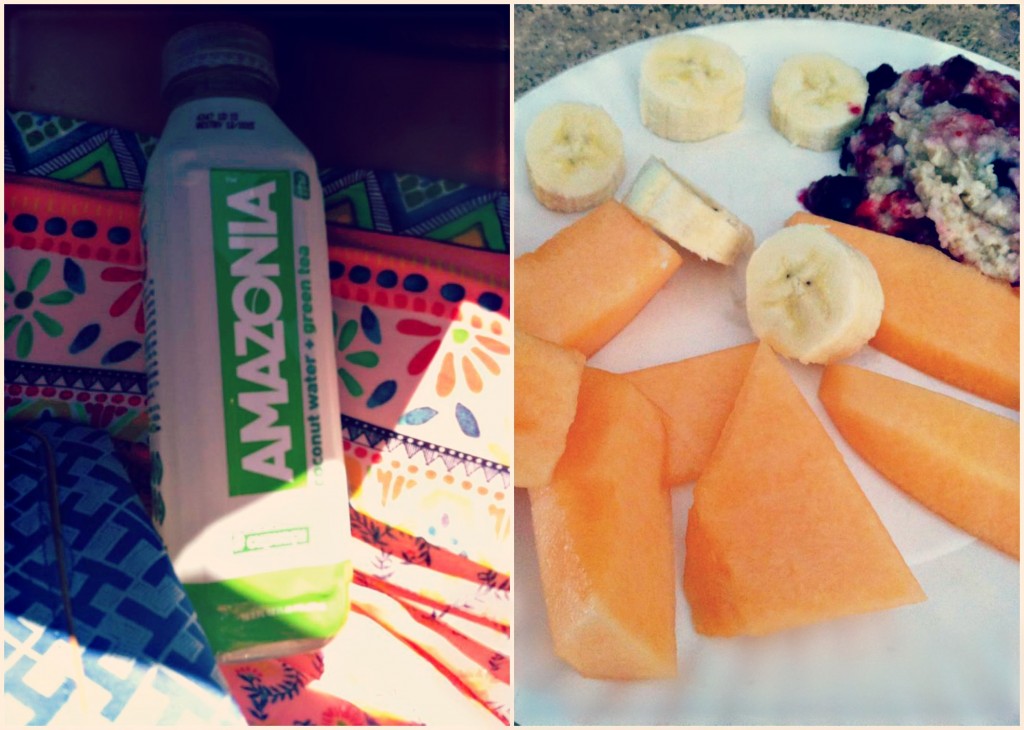 This morning, I had one cup of coffee (cutting my intake for summer) 40 ounces of water, fresh fruit, and oatmeal before going out for a run. 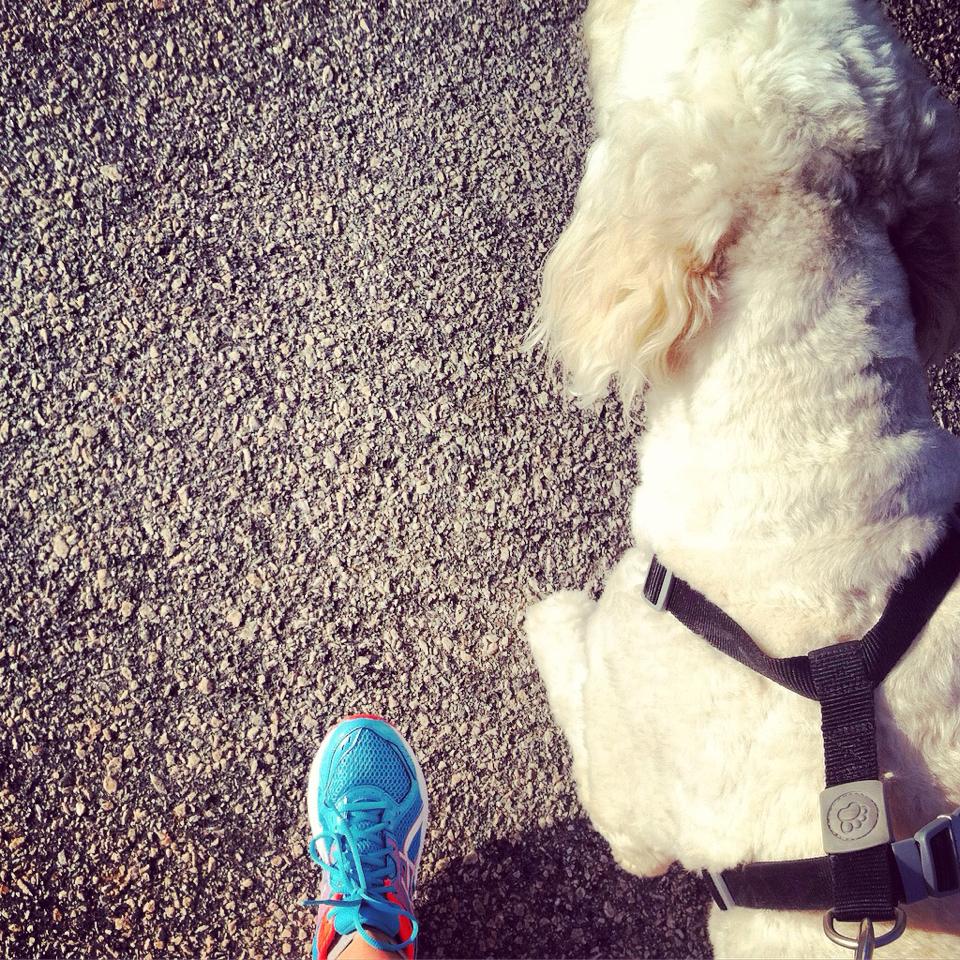 To warm up, I took Grumples for a mile jog. 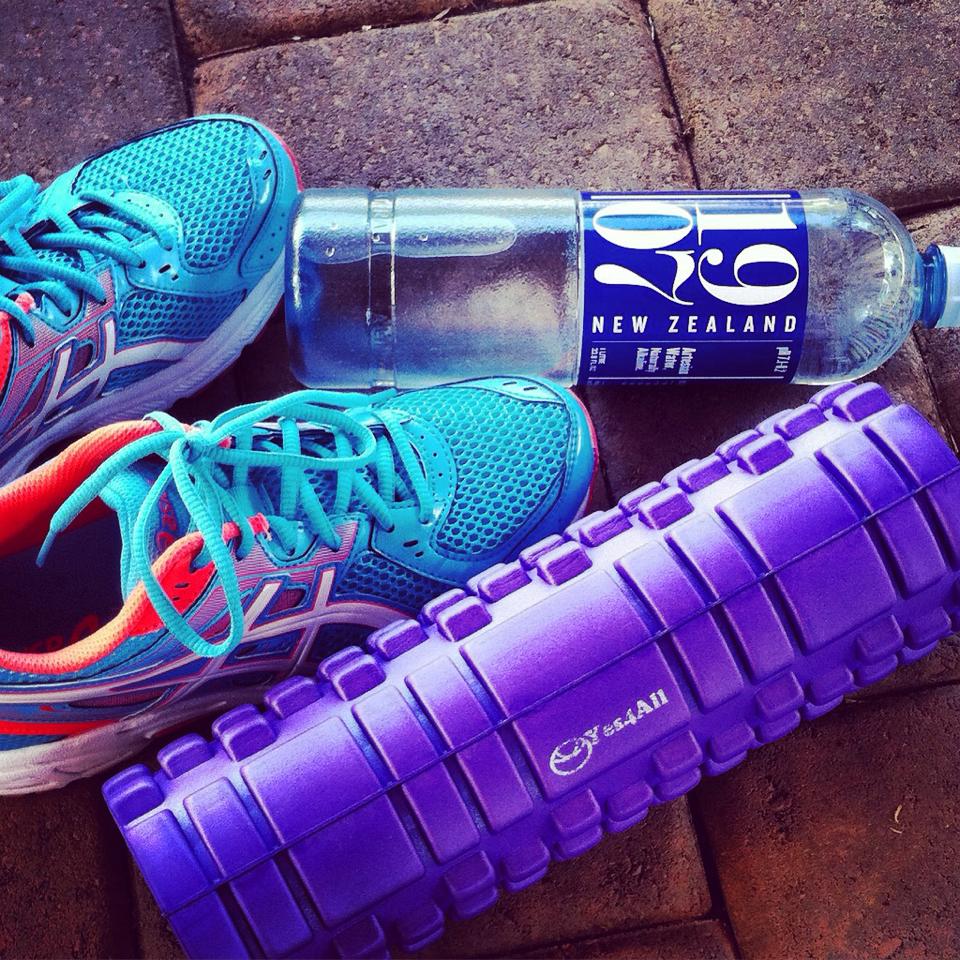 I dropped Grumples off and then went for a 4 mile run. I didn’t want to go at first, but now that I’m done, I’m so happy I did it. I hate putting things off because I’ll keep coming up with excuses to get out of it. After running, I drank more water and used my foam roller! 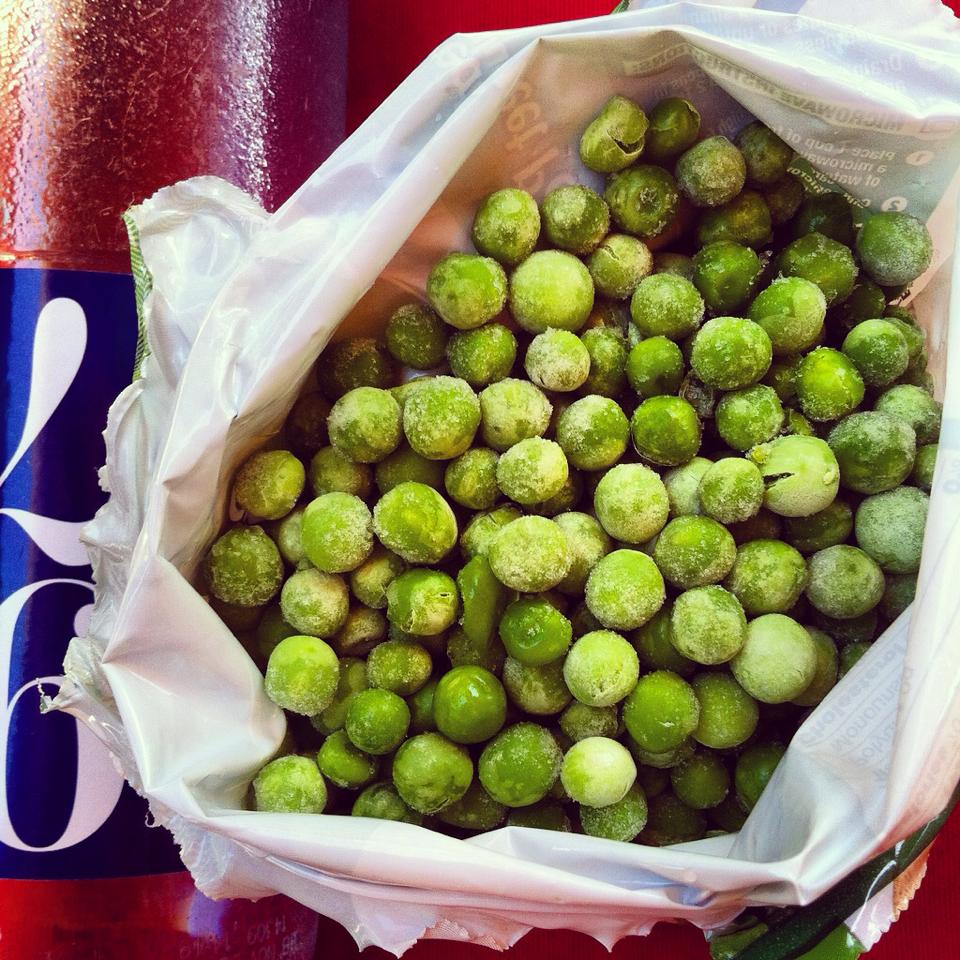 I cooled down with some frozen peas! They’re one of my favorite post workout snacks! Lots of iron, protein, vitamin a & c, & fiber! 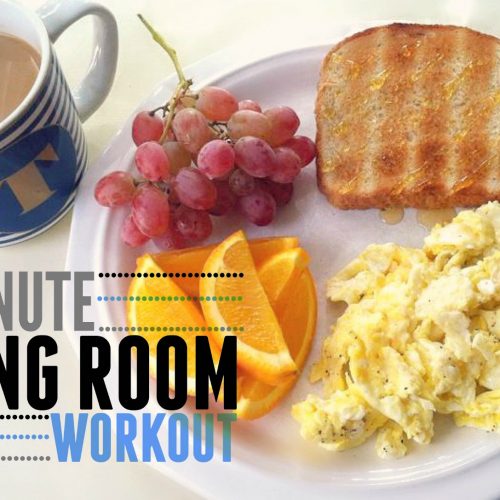 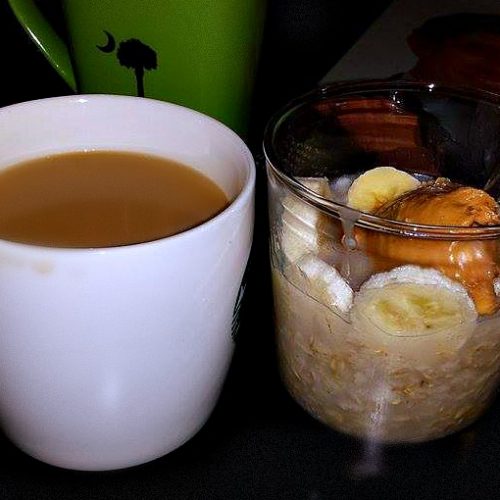 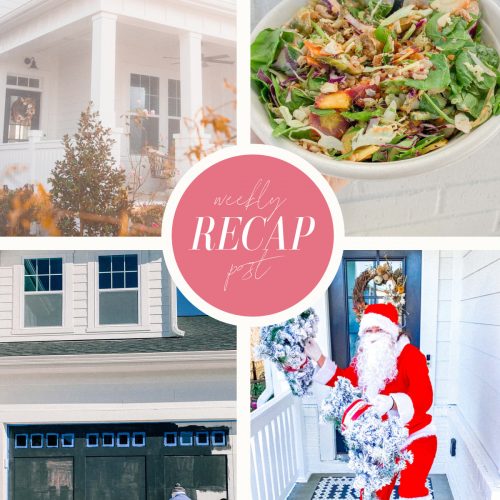 Painting our House, Back to Walking, and Food this Week!