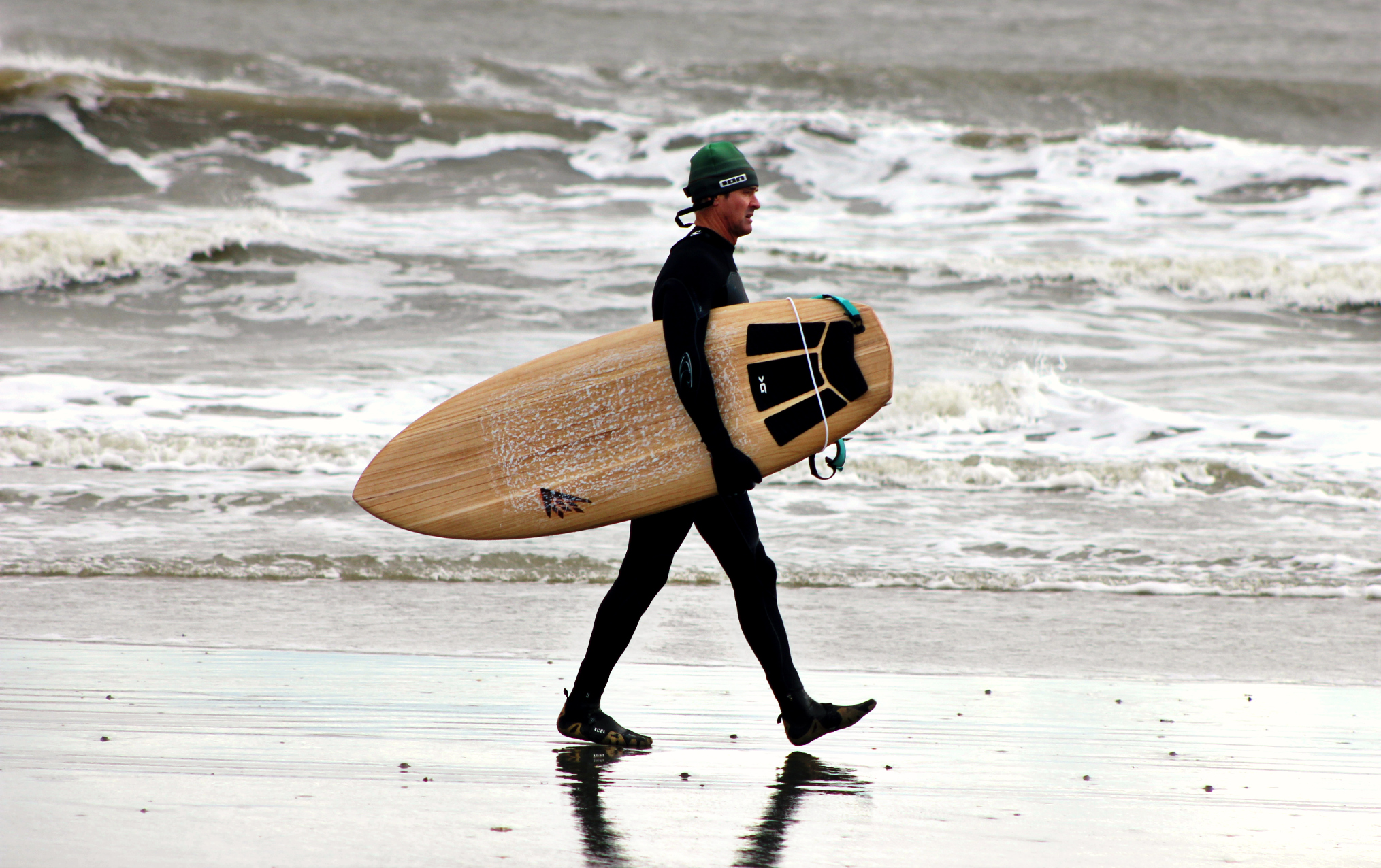 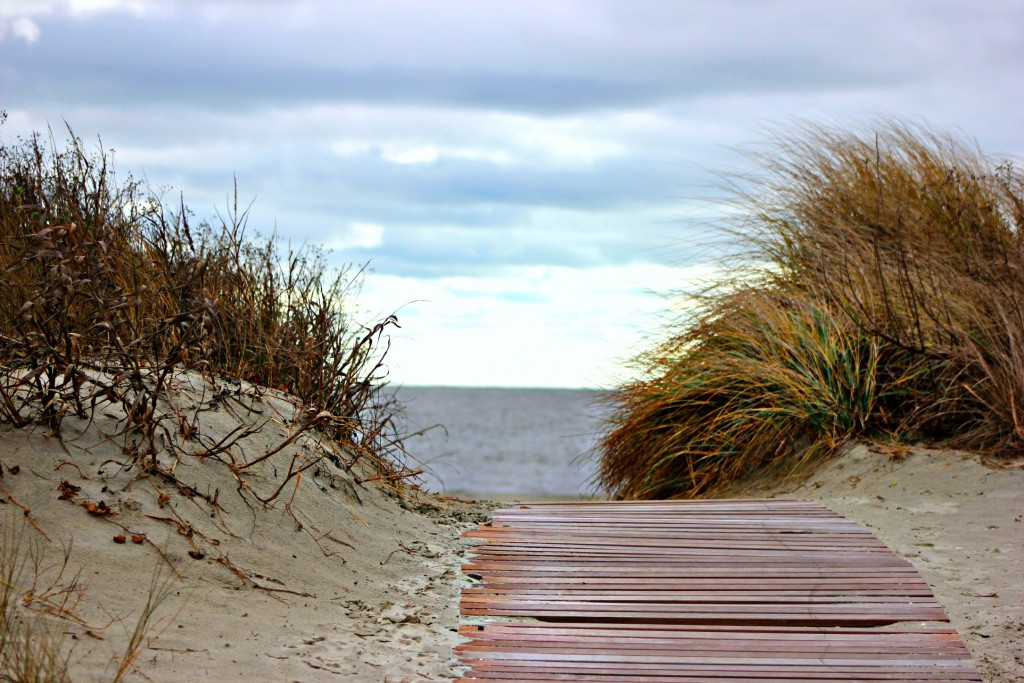 The weather wasn’t ideal today; it was rainy, chilly, and windy. I like rainy days sometimes though. The sound of the rain and the darkness of the sky calms me. Those are my favorite days to sit back with a cozy blanket, watch a movie, and cuddle close to the pup. I would have done that but I was itching to explore around Charleston. 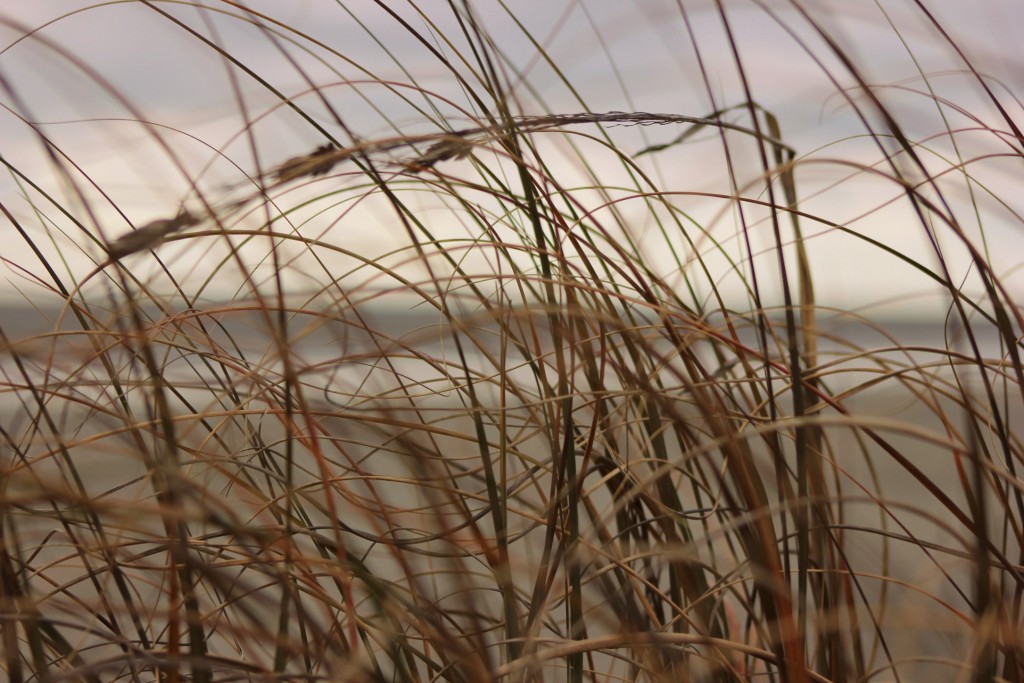 I knew that the weather would keep most people indoors and it was a great opportunity to go out and take some photos. I may not be great at it, but taking photos is my therapy. 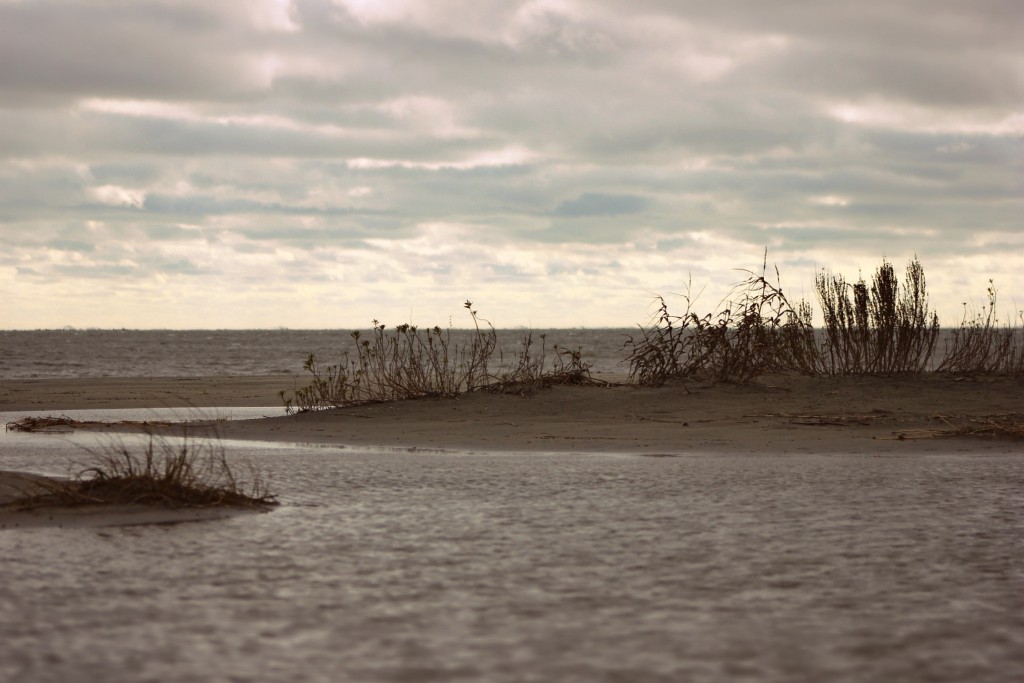 I was right. There wasn’t a soul on the beach.

I was originally going to go to Folly Beach, but they were having the Taste of Folly Festival and I didn’t want to get stuck in traffic or fighting crowds of people. I’ve already taken tons of photos of Folly Beach anyways.

Sullivan’s Island beach was tranquil and everything but the waves were calm. I wish I would have brought Mr. Grumples along because he would have loved to run on the beach. There was no one there he could have bothered.

After taking some photos, I sat on a beach bench and watched the lighthouse warn the oncoming boats of land. 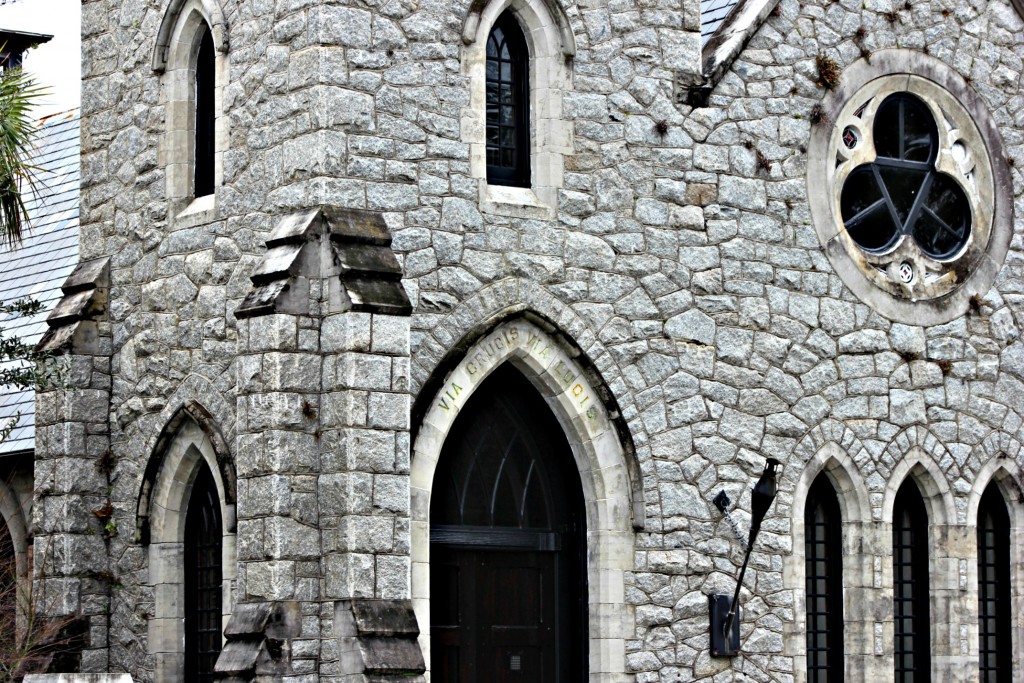 I was so excited to learn that Edgar Allen Poe spent a lot of time on Sullivan’s Island. He wrote the short story “The Gold Bug” “I don’t tink noffin about it –I nose it” in Sullivan’s island. There are roads named after him and a place called Poe’s Tavern. You can order food off the menu named after some of his literature. I’ve been reading  a lot about Poe’s life in Charleston. Once I put all the places together, I am going to go on an Edgar Allen Poe of Charleston tour! 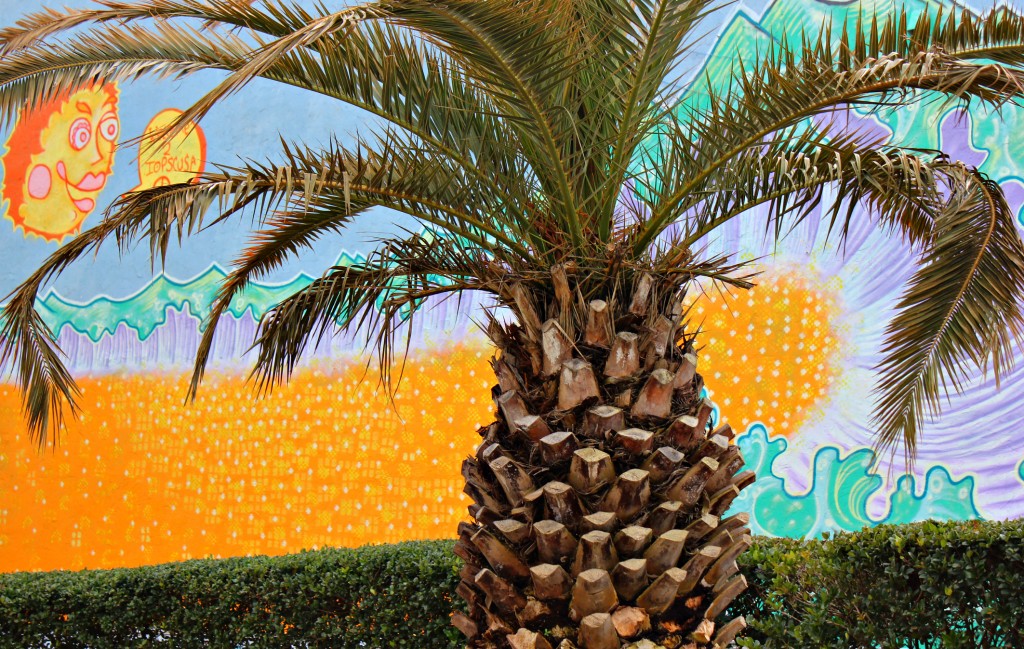 I left Sullivan Island and drove down to Isle of Palms to check out their beach, the neat houses, and the little shops. 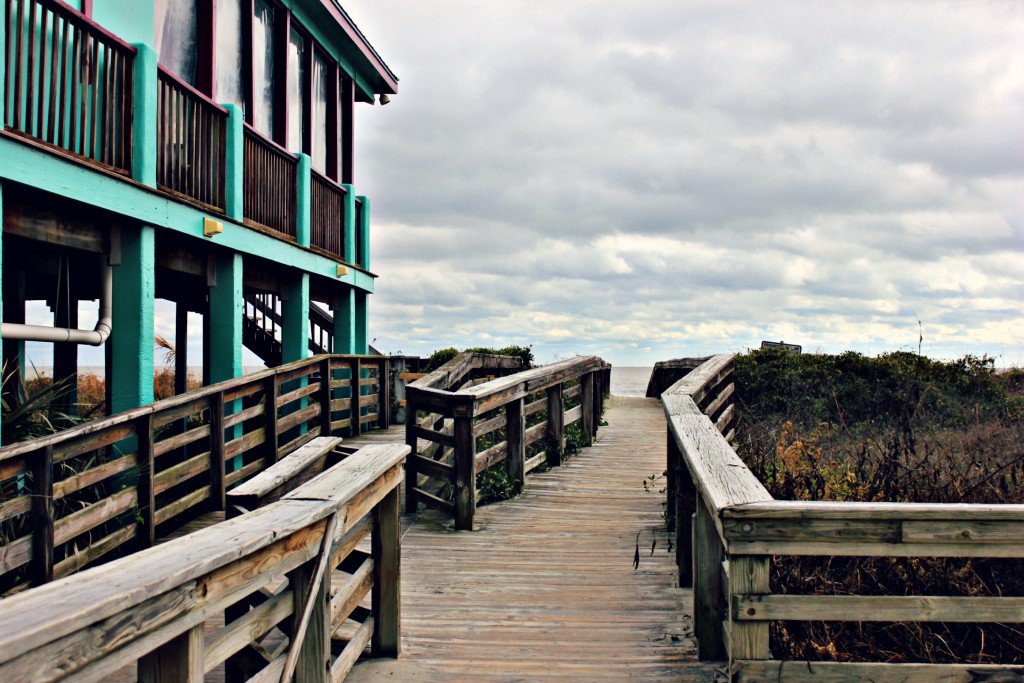 The beach was pretty empty. No one really wants to go to beach when it’s freezing and windy, unless you’re a surfer or paddle boarder. 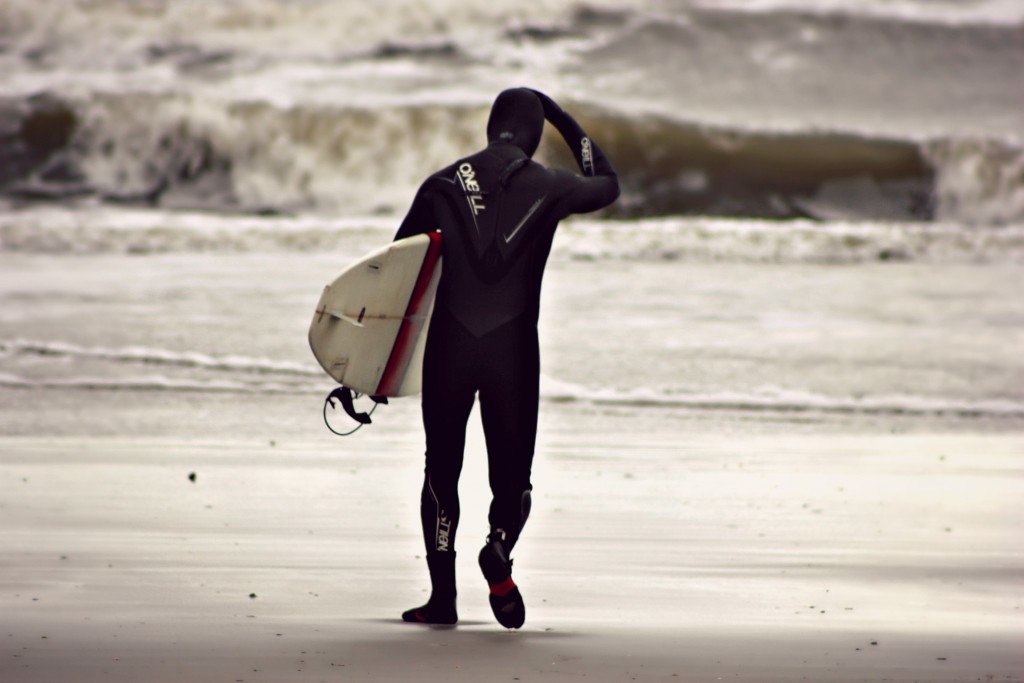 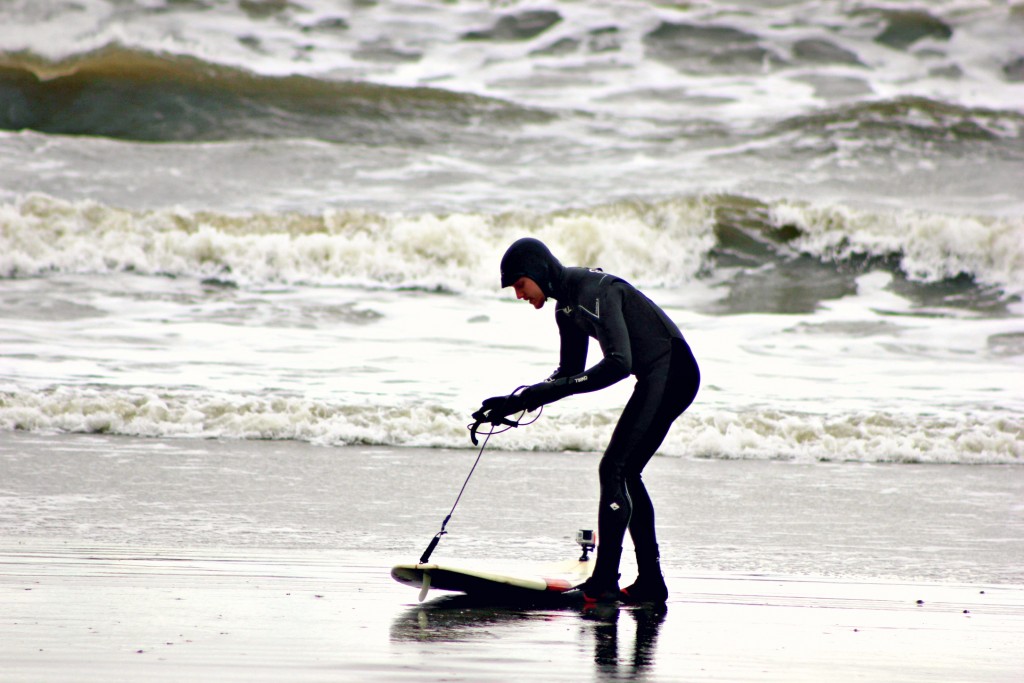 I think I’m going to try paddle boarding this summer. I don’t brave it out and do it in the cold, but it looks like fun and a great workout. I took surf lessons for three years when I was younger and hopefully my body will remember. 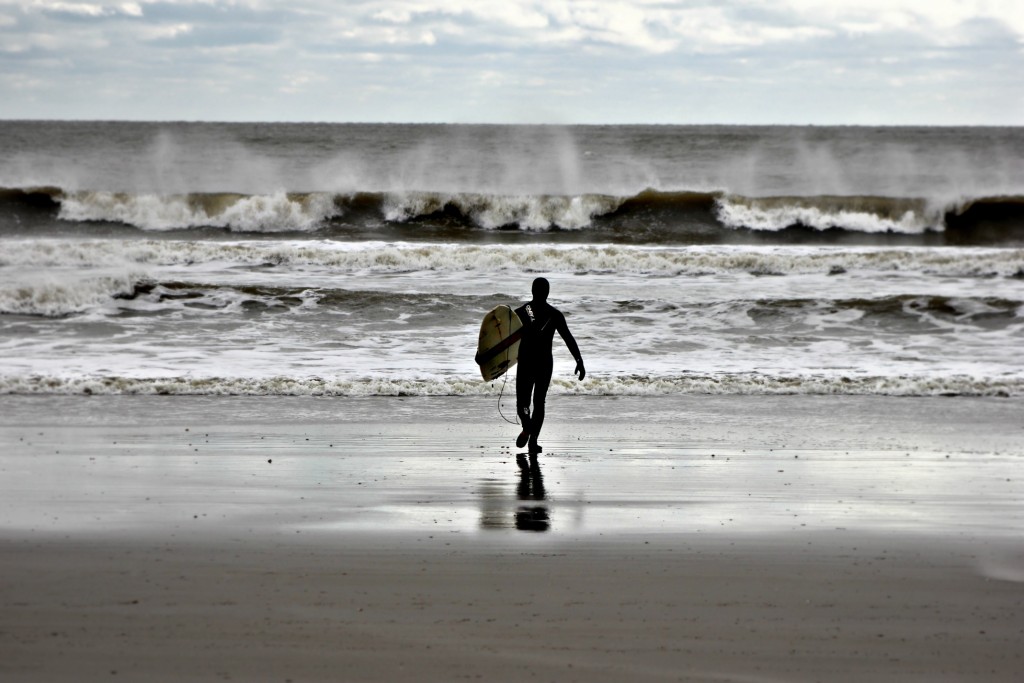 I also wonder if they ever fear sharks. It’s funny because when I was a kid, my brother and I would swim in the Pacific ocean so far out and have no fear at all. I’d get excited when we saw a shark. Now, I’m terrified of them. I put myself 4ft in the water and I’m petrified. I think shark week has something to do with  my traumatization. 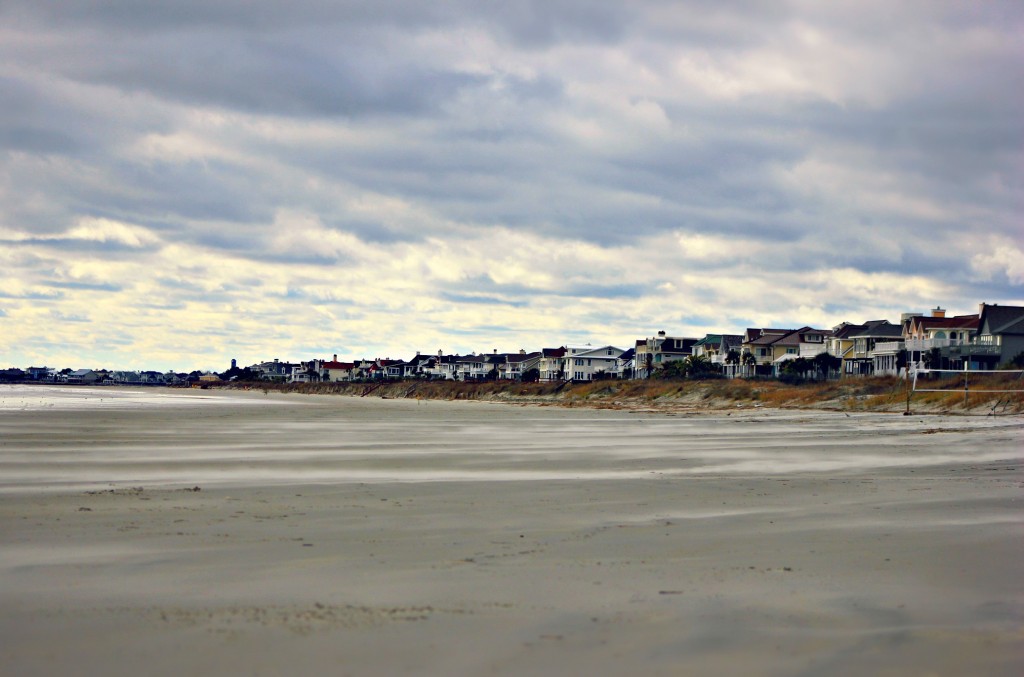 Isle of Palms was empty too. Imagine living in one of those homes where you just walk out and there is the ocean. Such a dream! 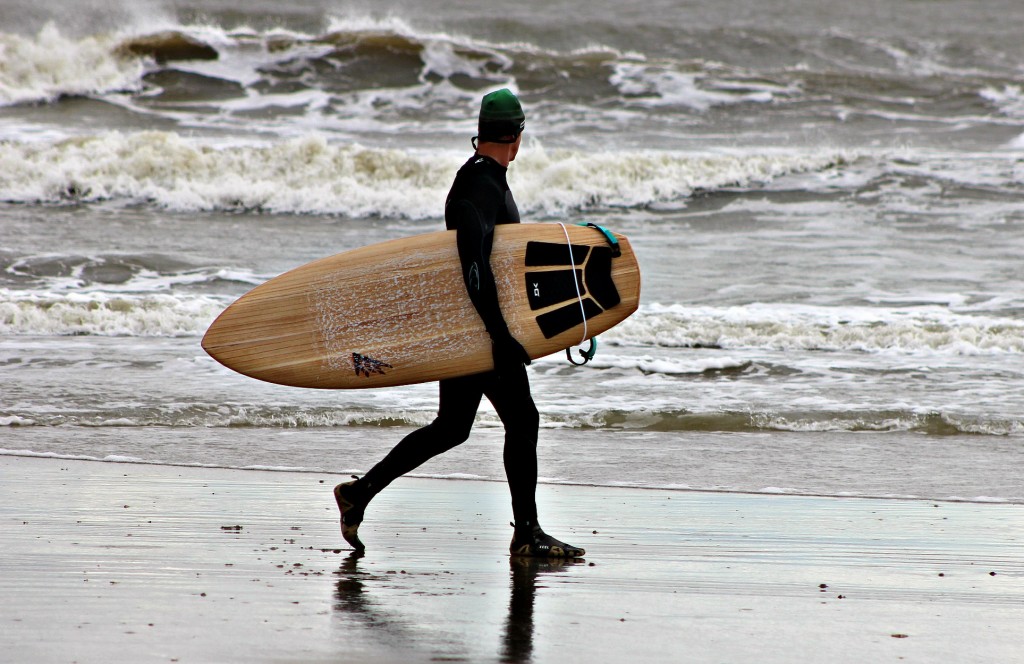 I was extremely impressed with Isle of Palms and Sullivan’s Island. I’d love to have a summer rental one year! 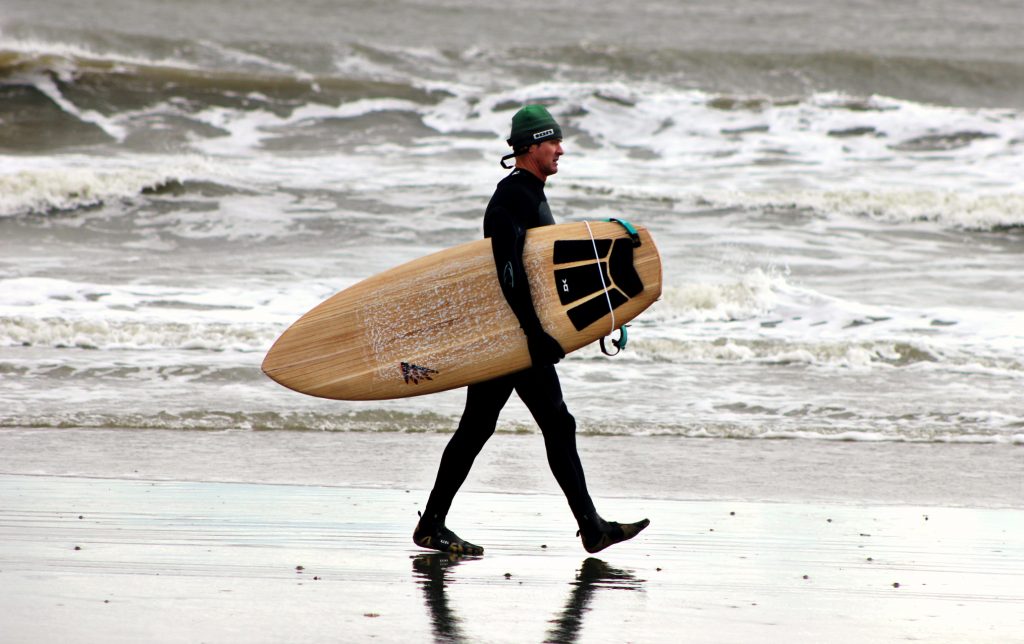 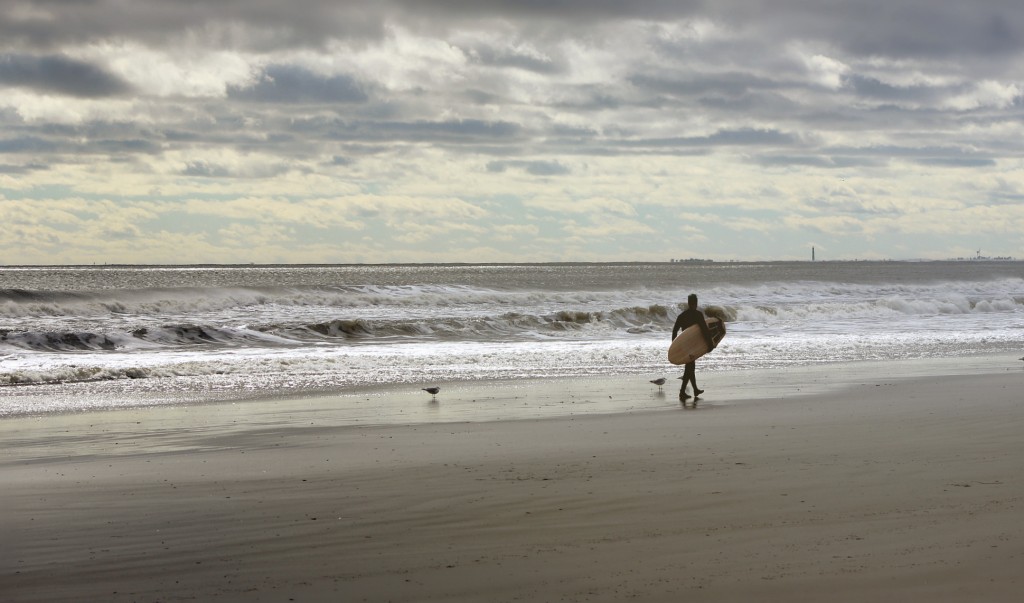 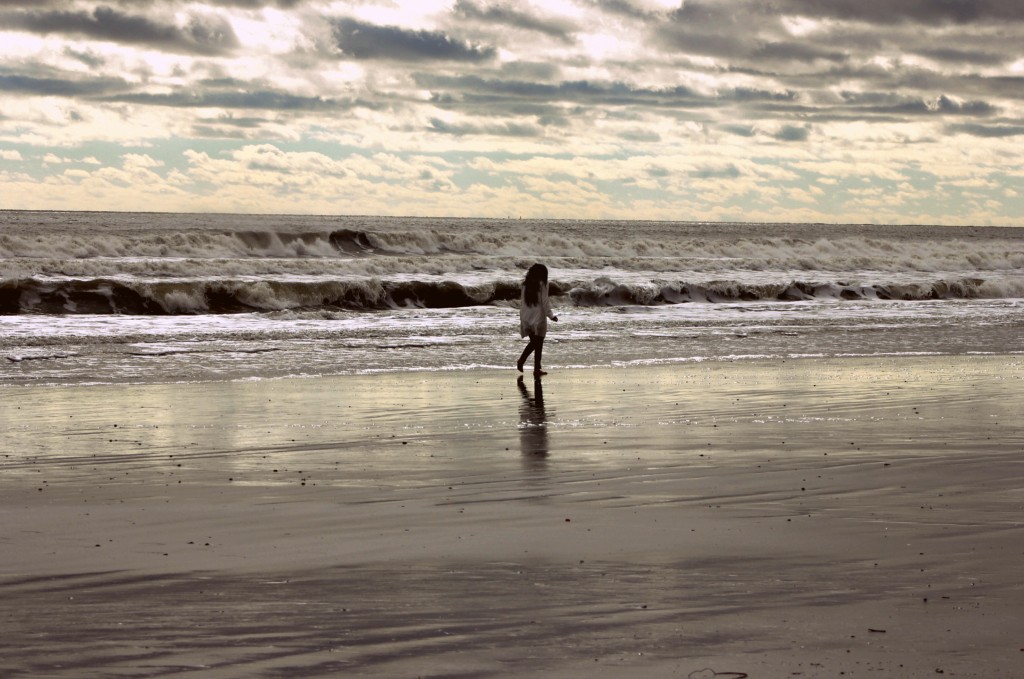 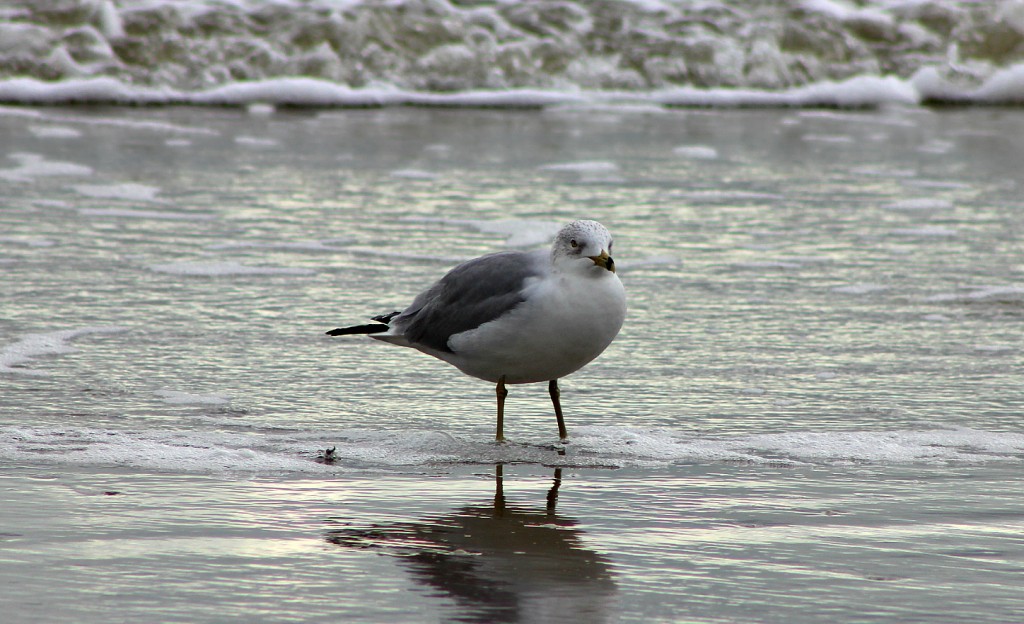 The seagulls are so tame. You can walk up to them and they don’t move. When I used to live in Hawaii, my dad used to put Cheetos on my brother and I’s heads. The seagulls would come swooping down and we’d start screaming. 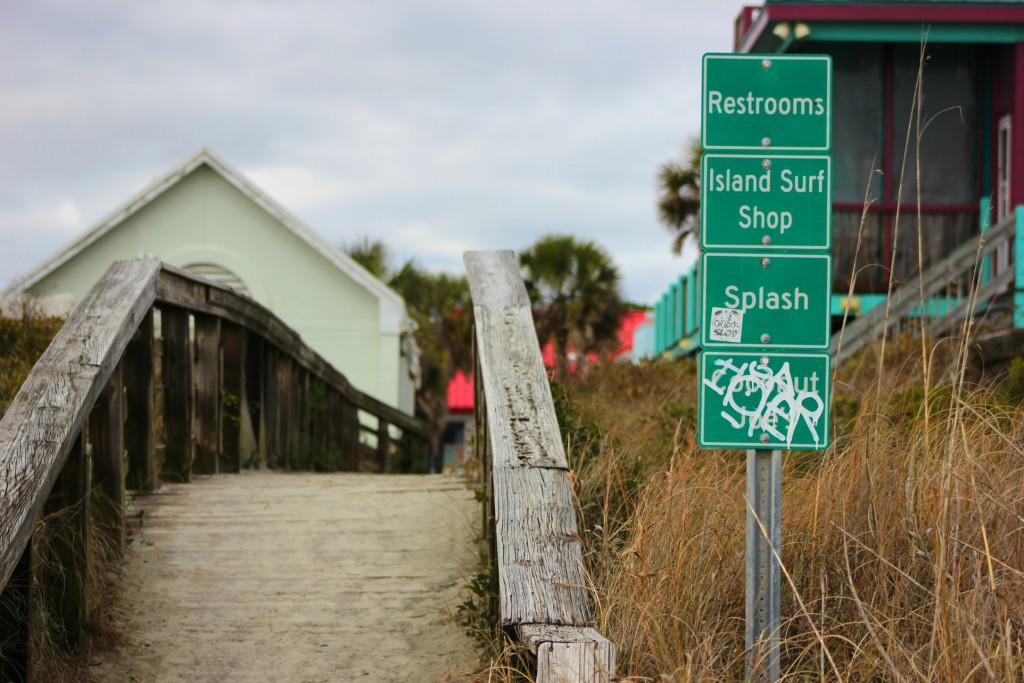 Isle of Palms has a lot of restaurants on the beach. It would be a great place to eat on a warm summer night. 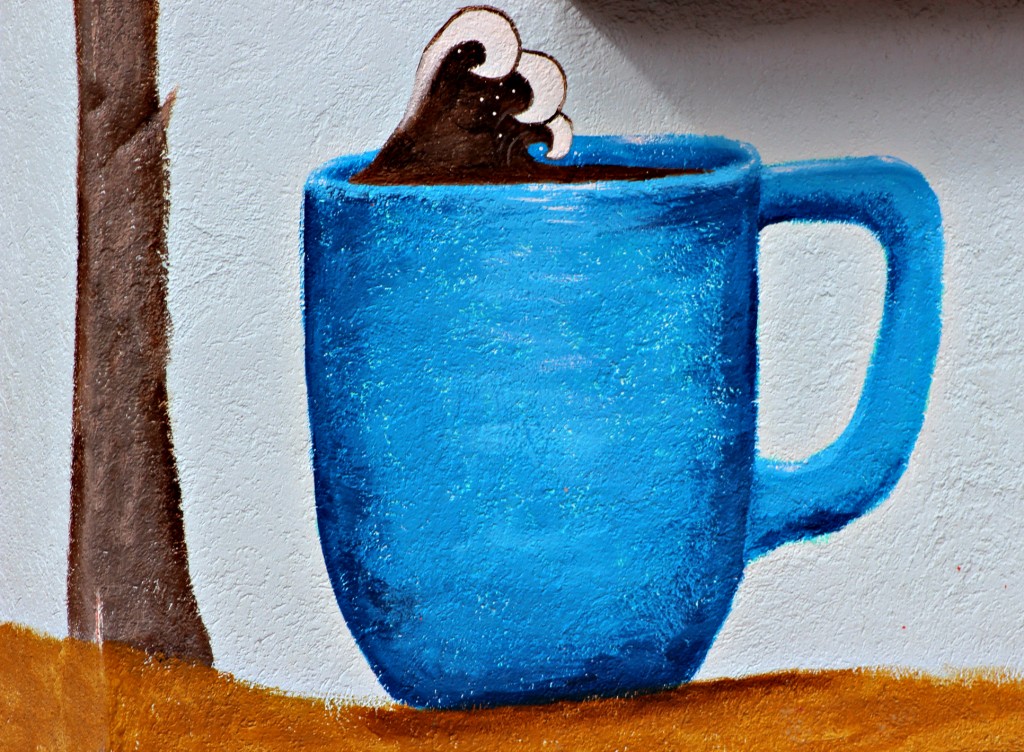 There was also a coffee and ice cream shop on the beach. I should have gotten a cup to warm up! 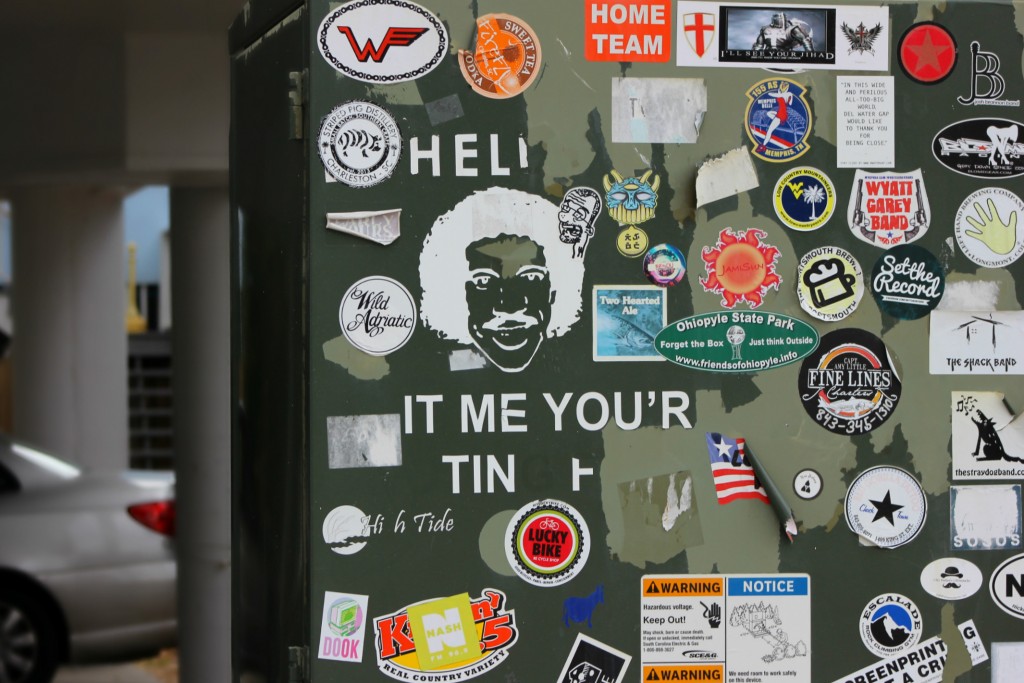 I have an obsession with bumper stickers. I’m not a bumper sticker kind of person and would never stick one on my car, unless it was a Detroit Lions one, but I love stopping and reading the bumper sticker collages. They’re usually on the telephone poles, but this one was on an electrical box. 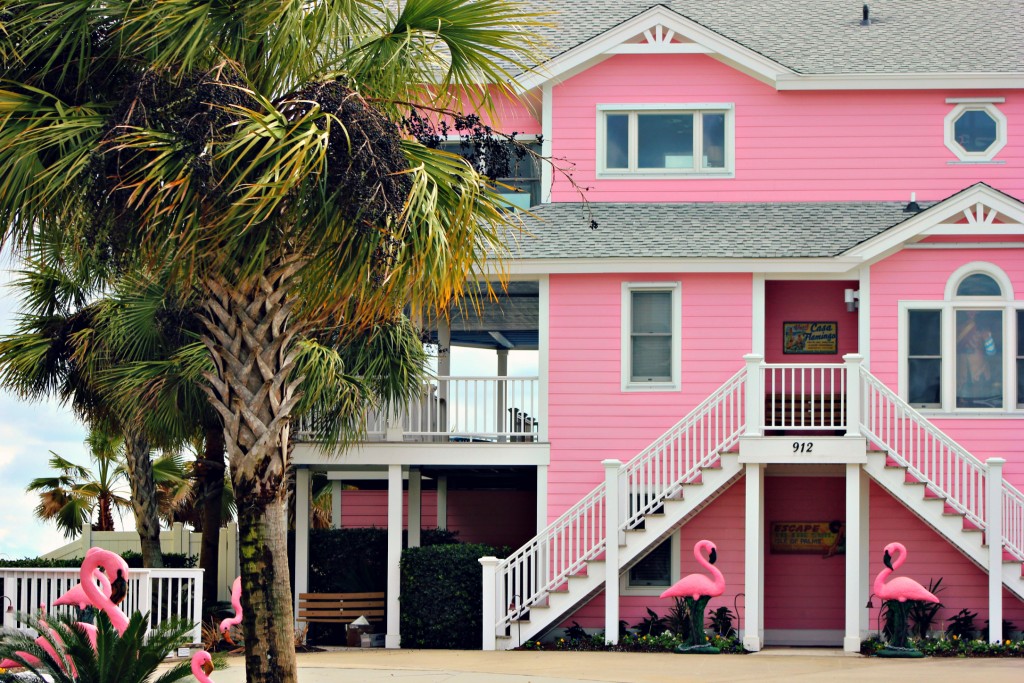 I loved the flamingo house on the beach! It was like Barbie’s dream home in real life. 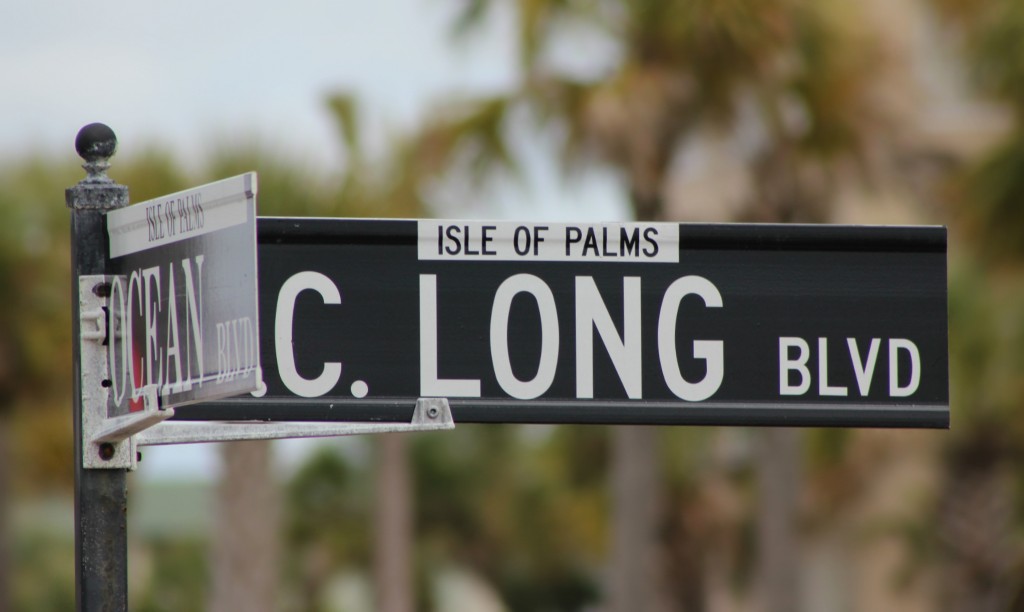 If you ever want a fun place to go, check out Ocean Blvd in the Isle of Palms! 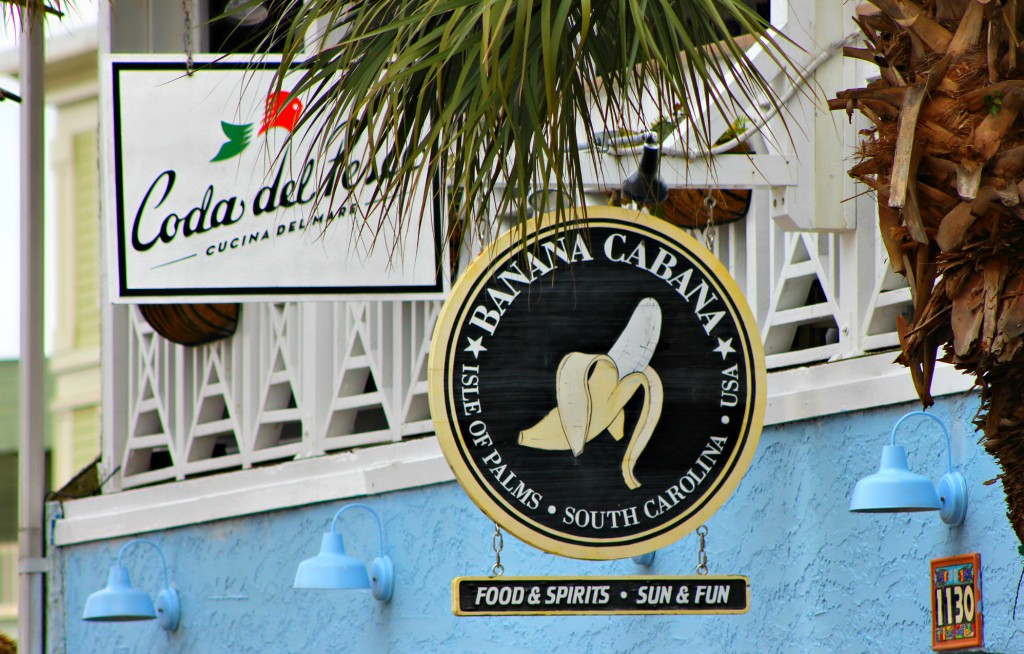 I had a fun day exploring and can’t wait to go out tomorrow. Where shall I visit around Charleston?