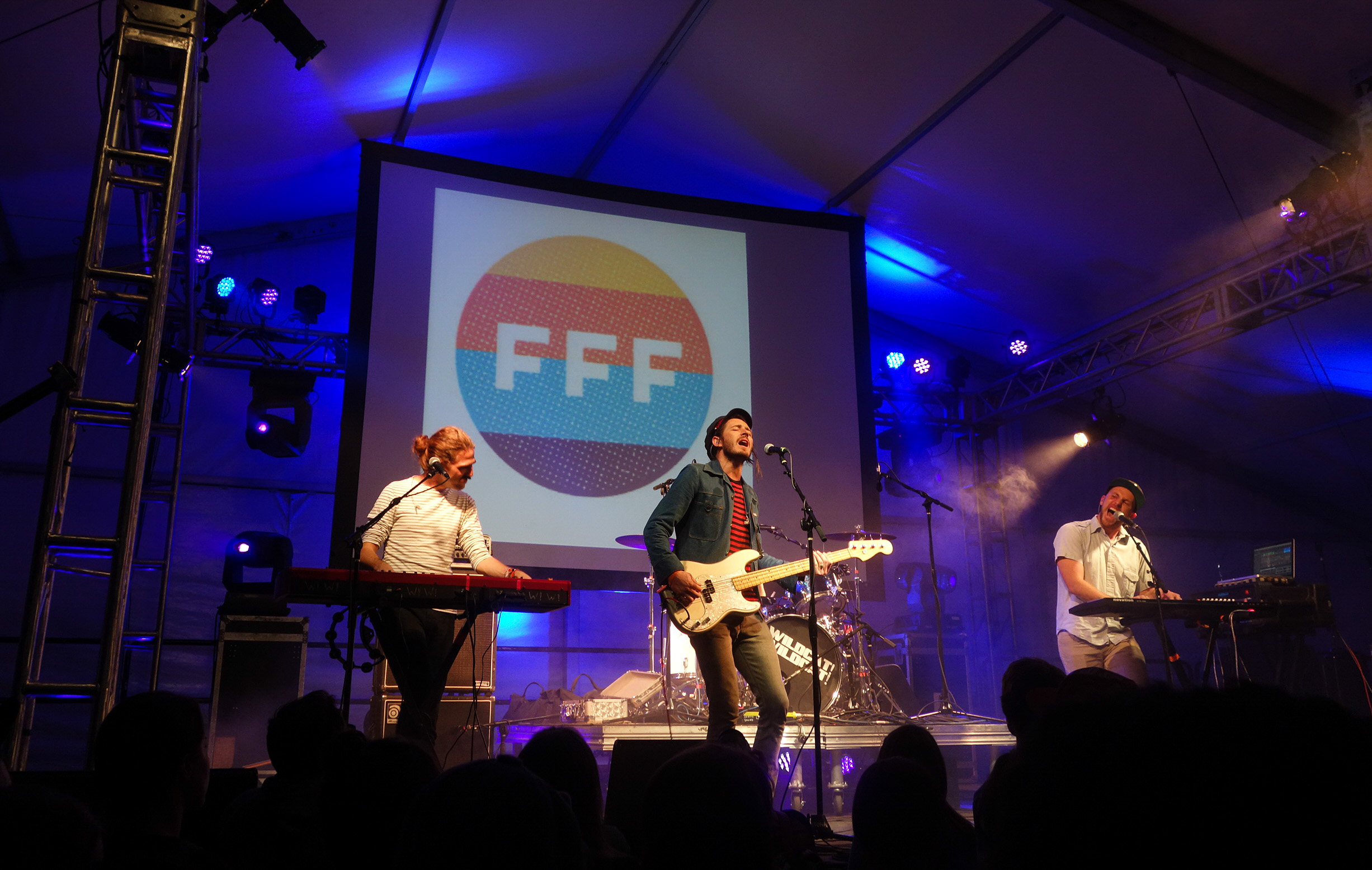 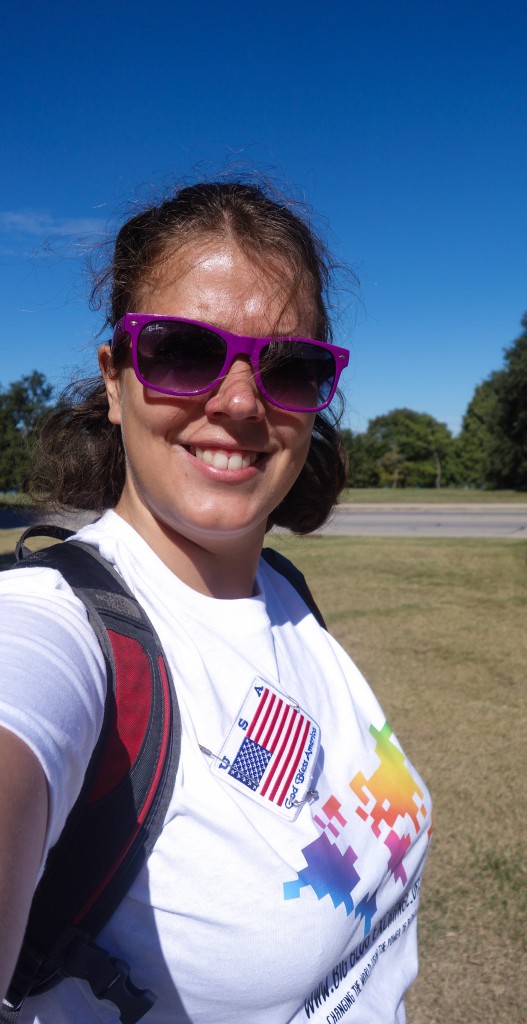 I made it to Austin, Texas! Yeah! I really wanted to go last year, but in one month and a half touring the East Coast, it was too much of a short-timing. It is quite ironic, when I think that I’m currently touring different parts of the country in just 10 days. But that’s the joy of the Big Blog Exchange…
I’m well settled in the hostel, the room is comfortable, the staff is very friendly and the common areas are very nice. Most of the guests are here for work or the festival, so it was great on the first day to talk about music, the bands of the day and meet up at the festival. It is a bit more lonely to do touristy stuff now. 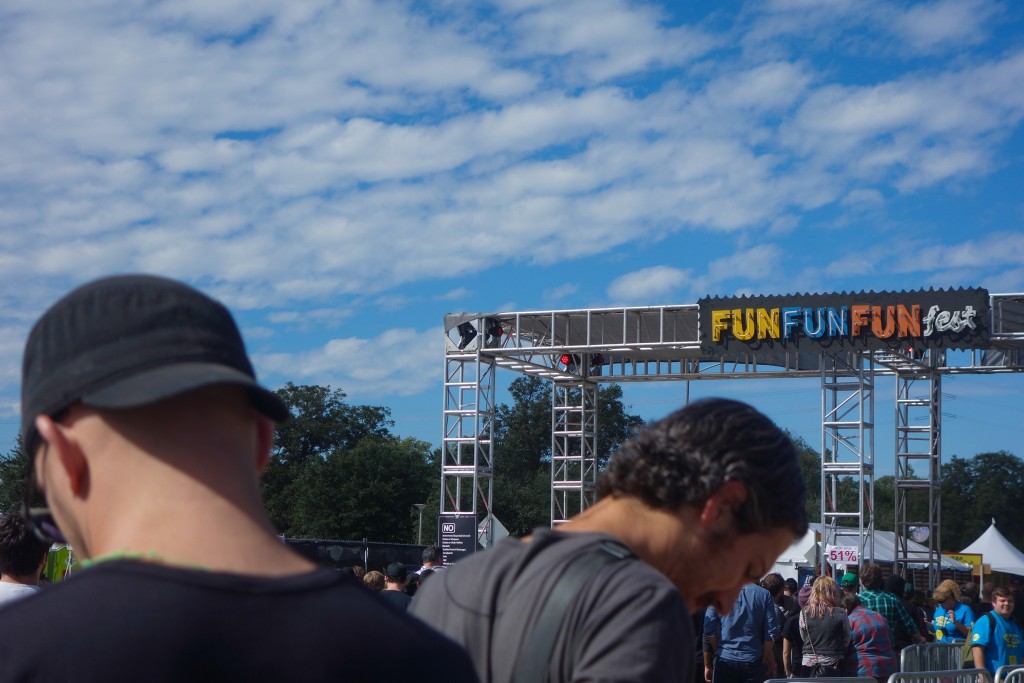 So yes, on the first day, I had the opportunity to go to the festival, Fun Fun Fun Fest, and I cannot thank enough HI and Nicole for that, because I had the best time. Fun Fun Fun Fest is a music and comedy festival held each year in the capital of Texas, featuring various music genres.
I read a lot about the festival and I was very excited to get there, as it sounded like a lot of fun and even better than the festivals I had been previously. I was not wrong on that. 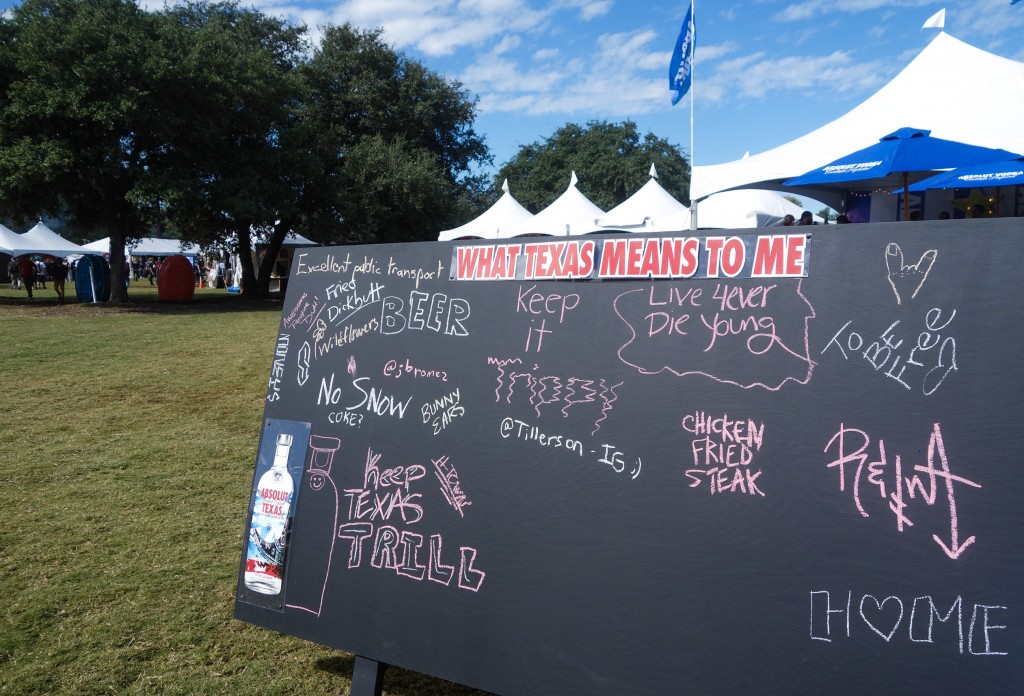 I set off around 10.30 am and got inside the grounds around 11.30am. The sun was shining, the atmosphere was great and some bands were already rocking out. I started to explore the grounds. It was very small, which made it great to reach quickly the four different stages, but wasn’t good to separate the different acoustics. There were some nice bars with one where you could play ping-pong, jengas and other games, a mechanical bull, a ring for some wrestling, a skatepark, a wall with live art being made, lots of food trucks and great food to taste, some fashion and vintage shops and an area for non-profit organizations… All and all there was way too much stuff to do in one day. That’s always my problem in festivals: getting my priorities straight and trying to do everything. I was pretty good this time though and I got a lot done, tried different foods and drinks, played some games, enjoyed some BMX shows and live art, on top of all the music and comedy shows I got to see. 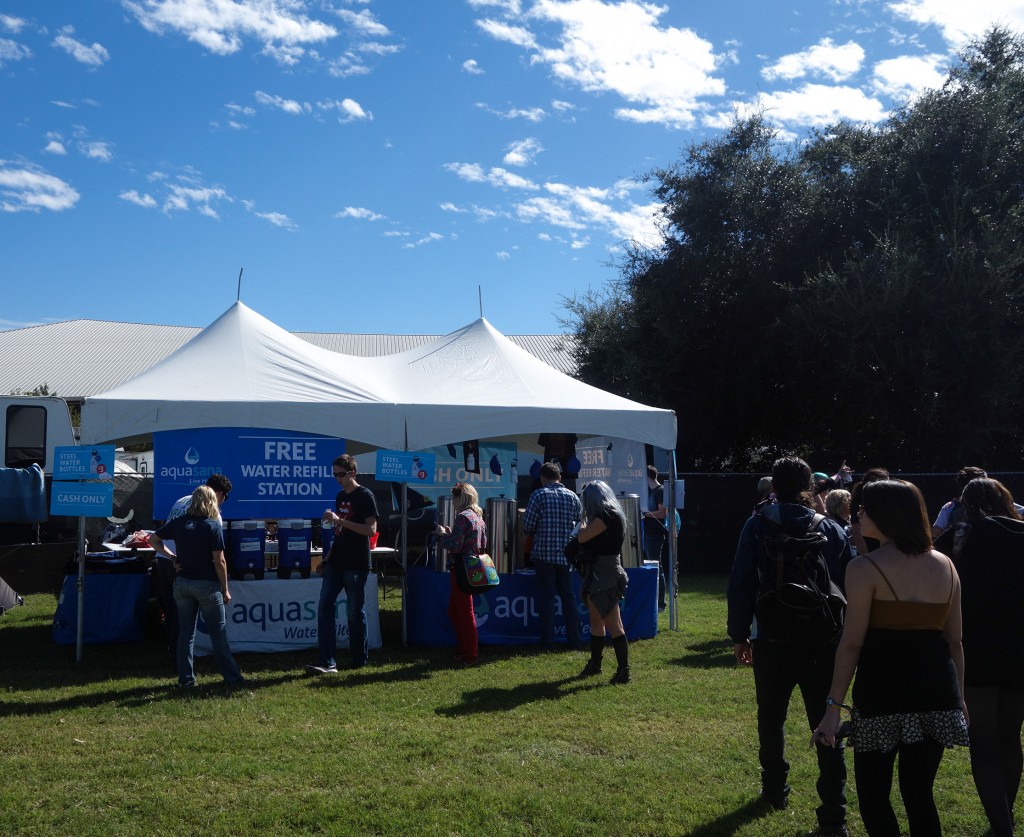 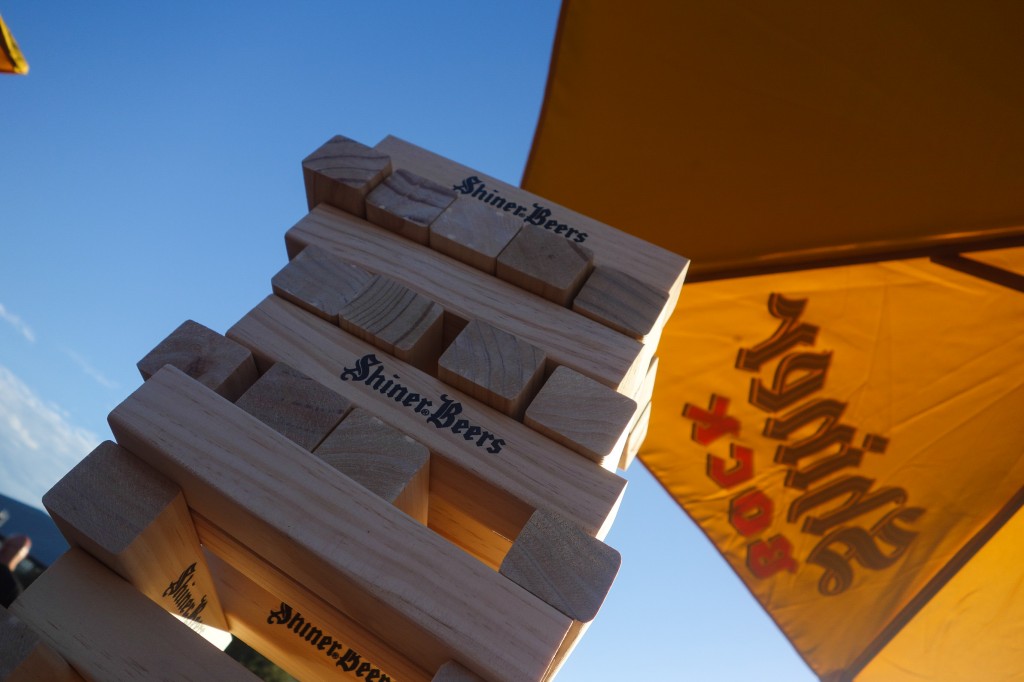 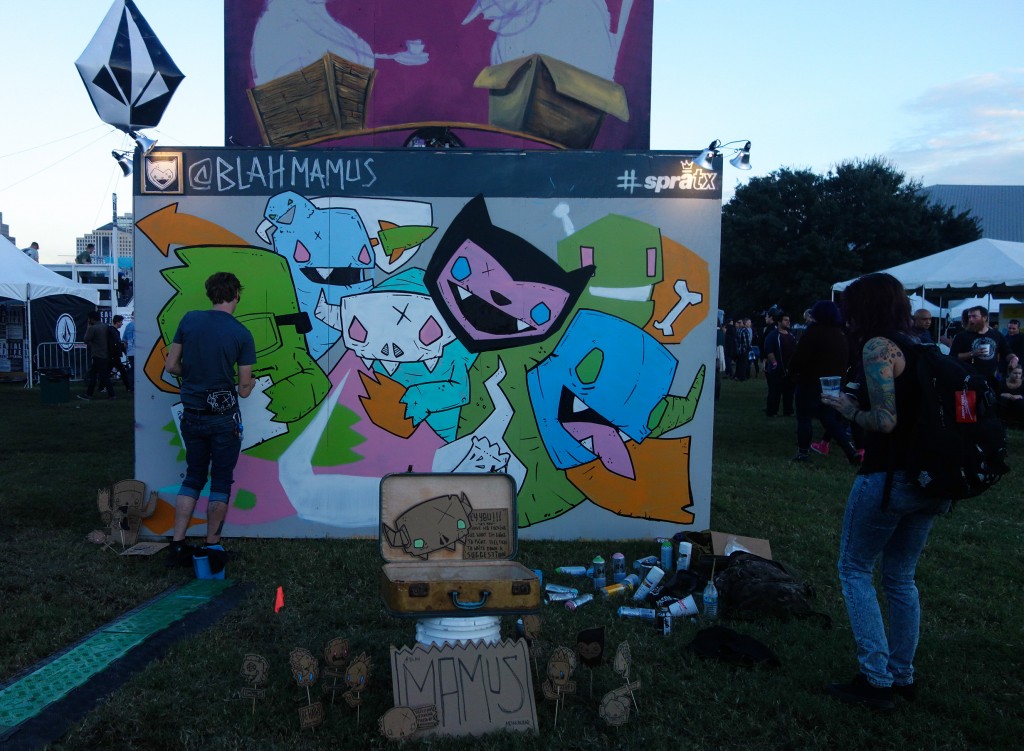 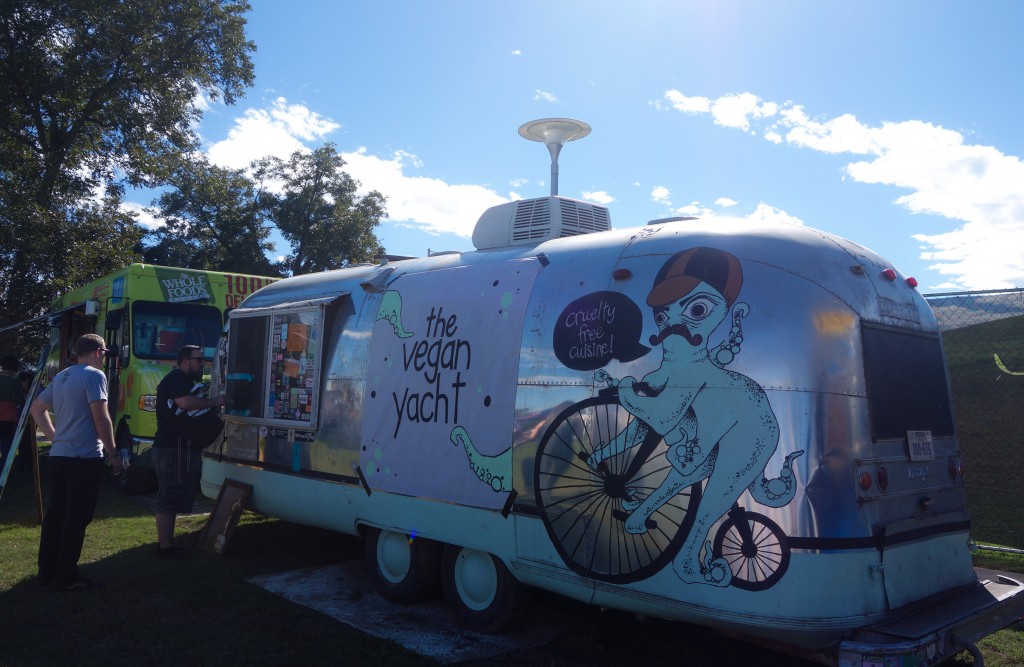 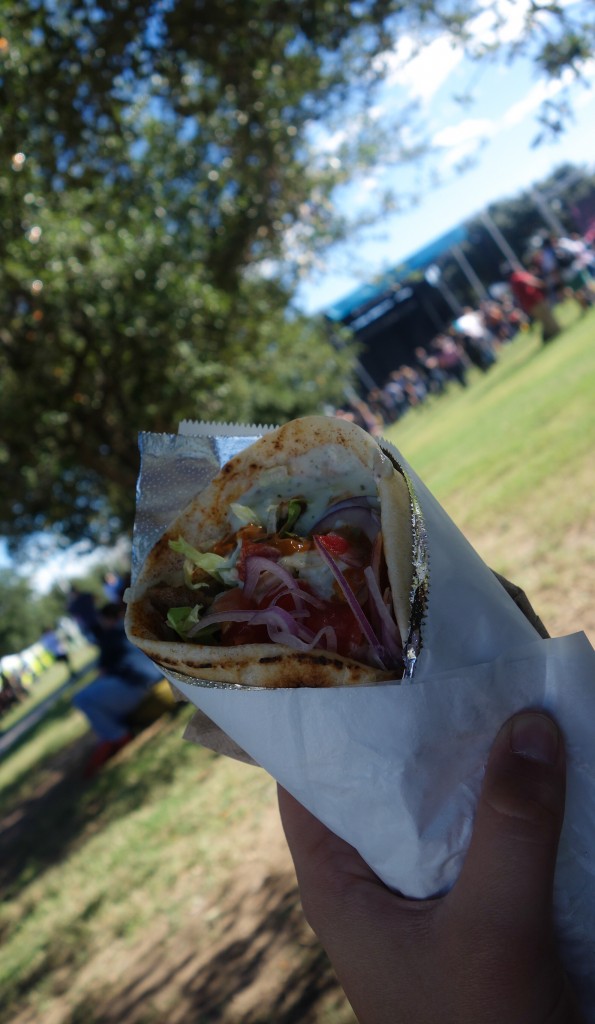 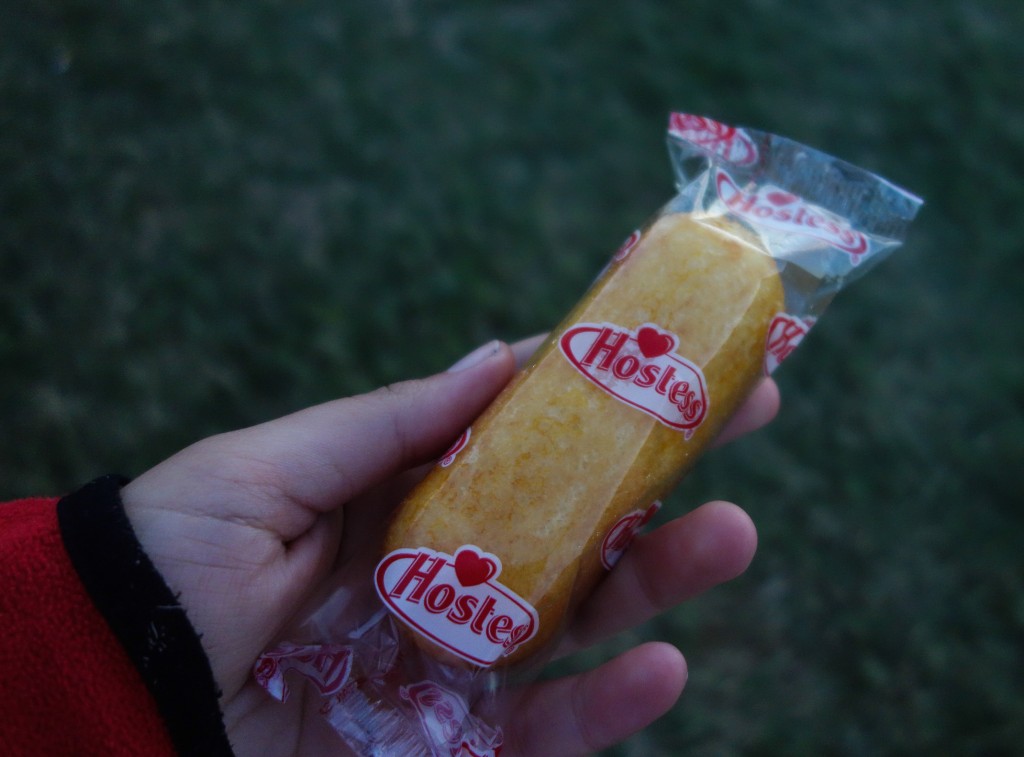 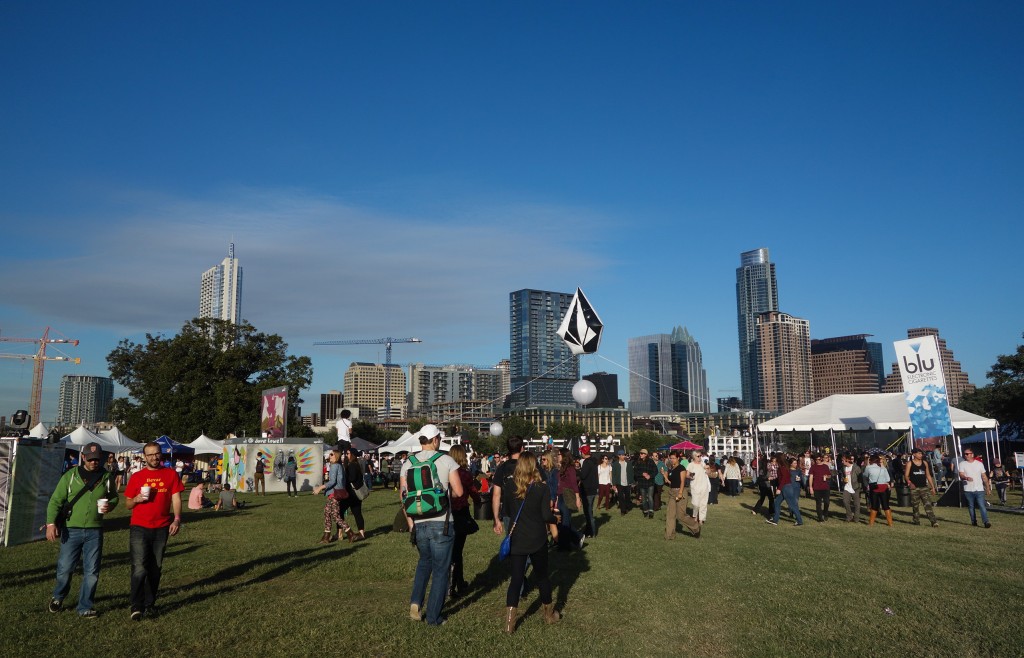 After my first round, I went to say Hi to Chelsea and Kate, who were volunteering at the Hostelling International stand and spreading the good words about the organization. 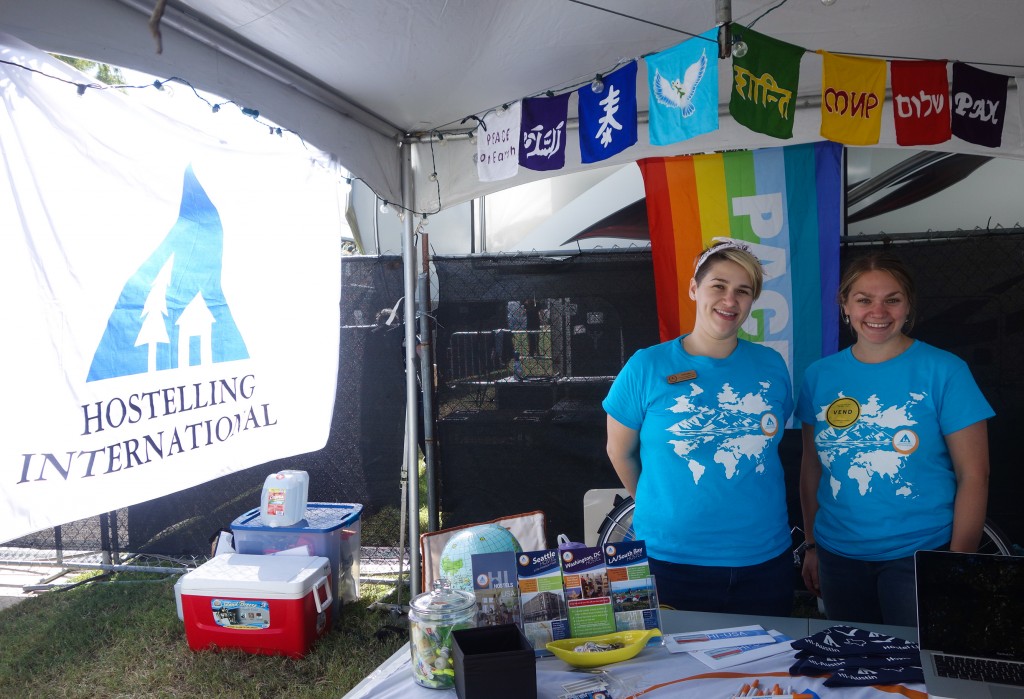 I did not know much about the bands playing, in fact almost nothing at all and I decided to play it by ear. Litterally. As the festival was small, I could go from one stage to the other and stop where the wind was taking me and where I liked the music. The wind actually brought me to great bands that I am really happy I discovered, like Dana Falconberry, Sza, Mineral, Wildcat!Wildcat! and Alt+J. Big surprise of the day, even a French band was playing, Yelle. I had to see them. I don’t know much about them, besides one or two songs and I didn’t know what to expect. Well, I was actually completely bewildered. They put on quite a show with lights and great moves, but the lyrics of her songs were really basic. However, most people there didn’t know them at all and were there to wait for another band, but from what I heard, they liked them and had a great time. Good for Yelle! 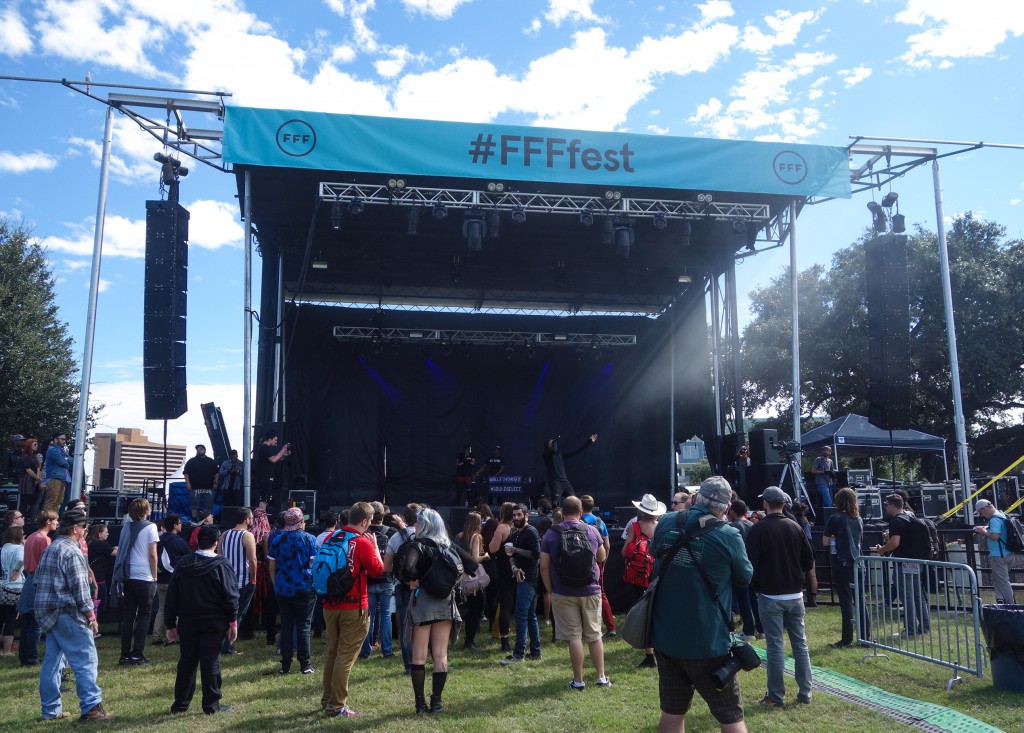 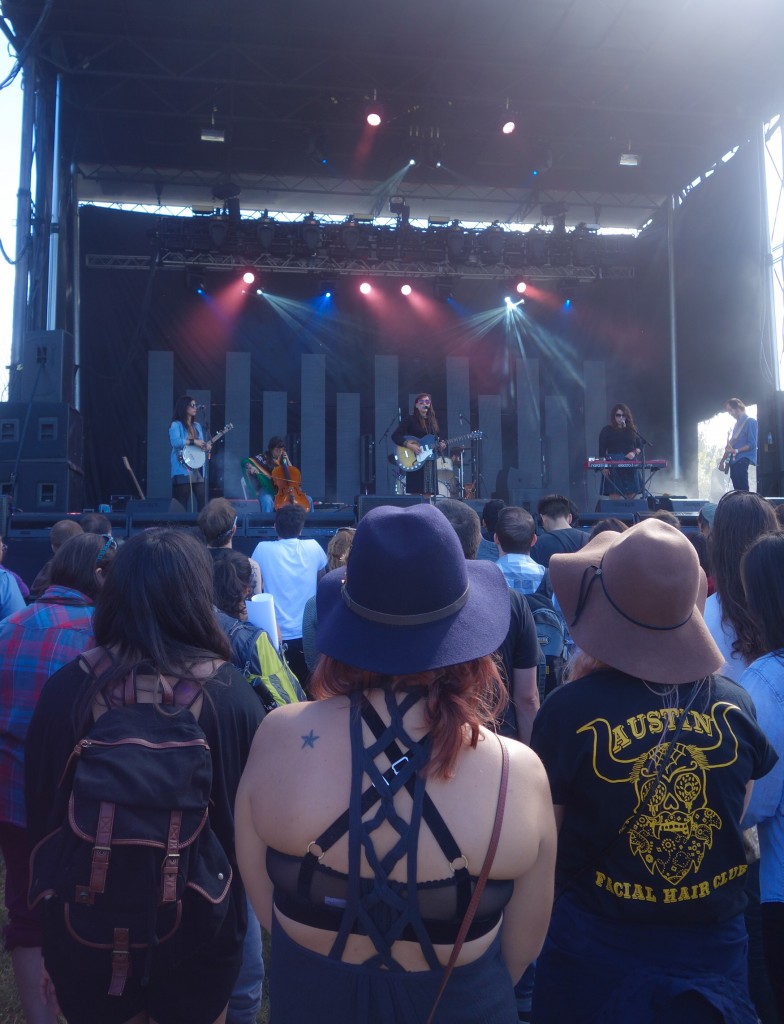 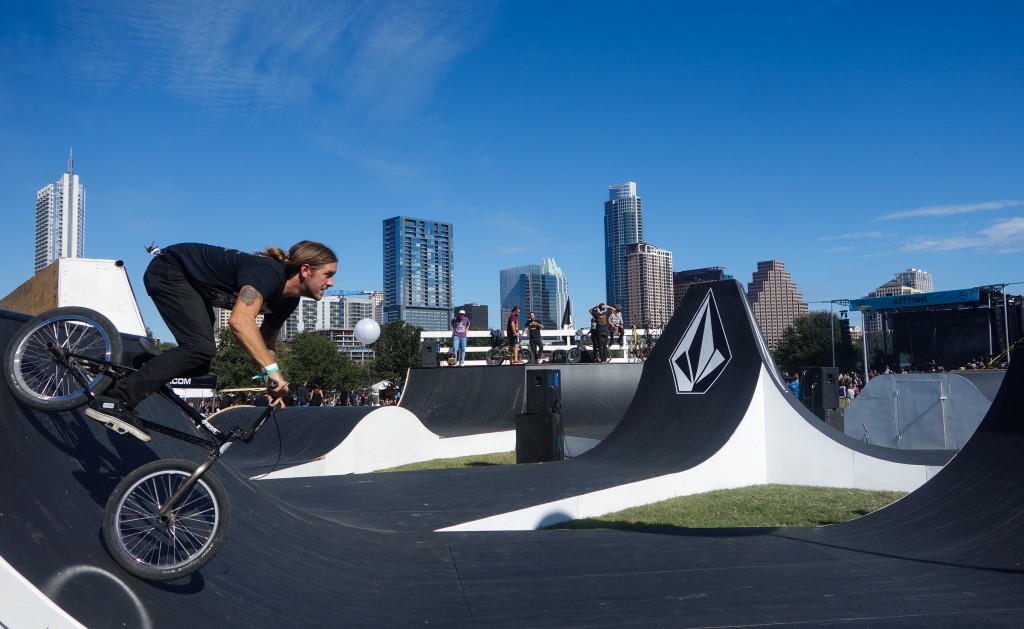 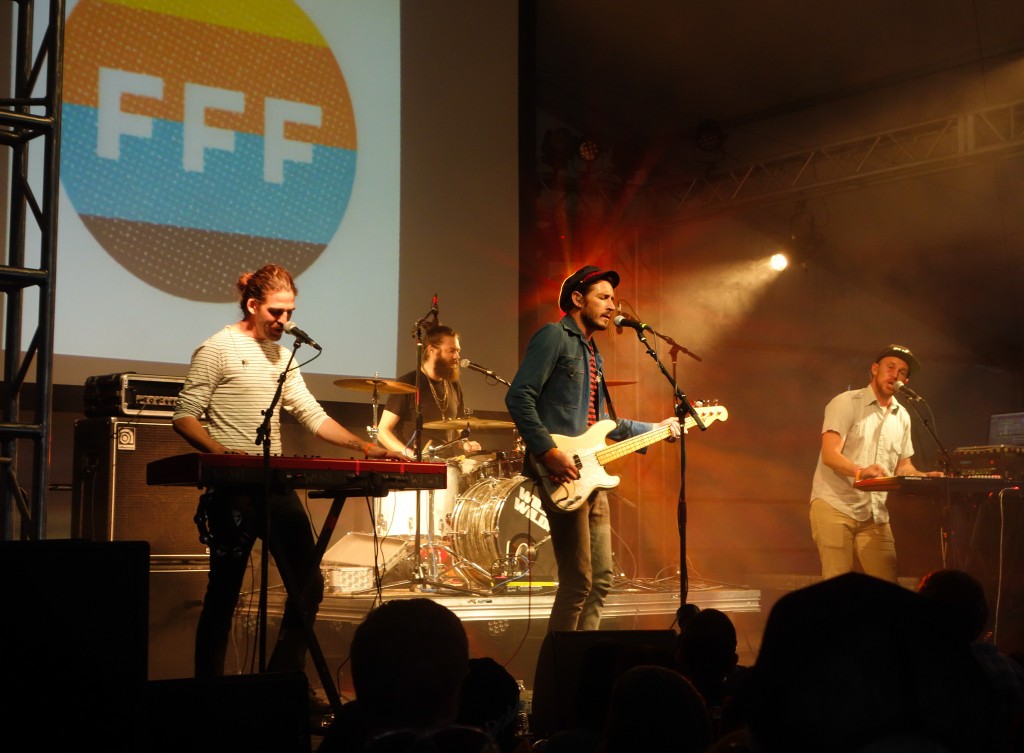 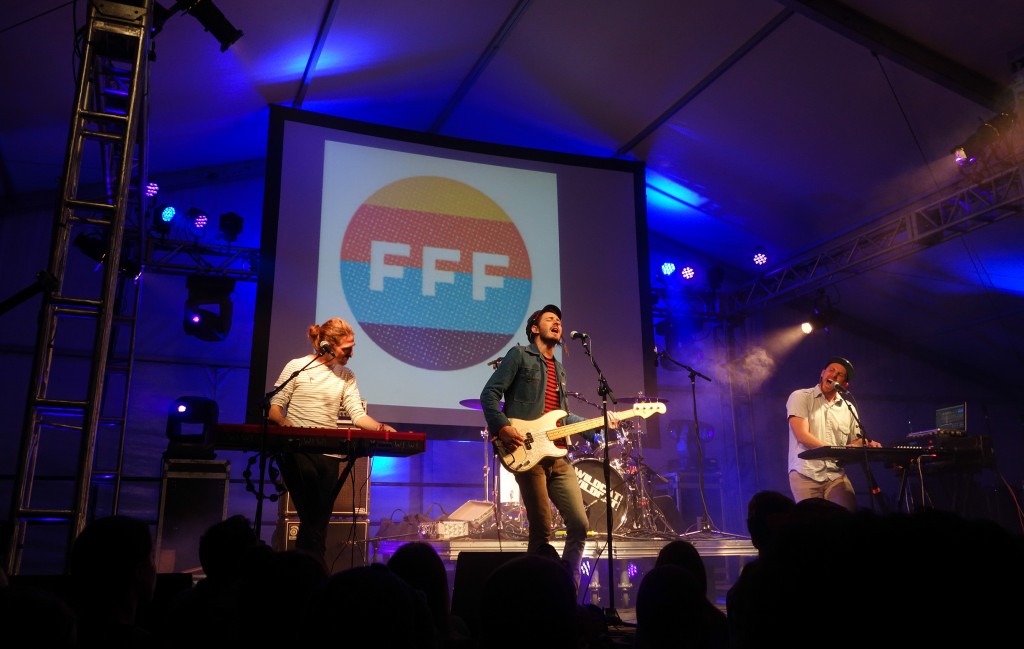 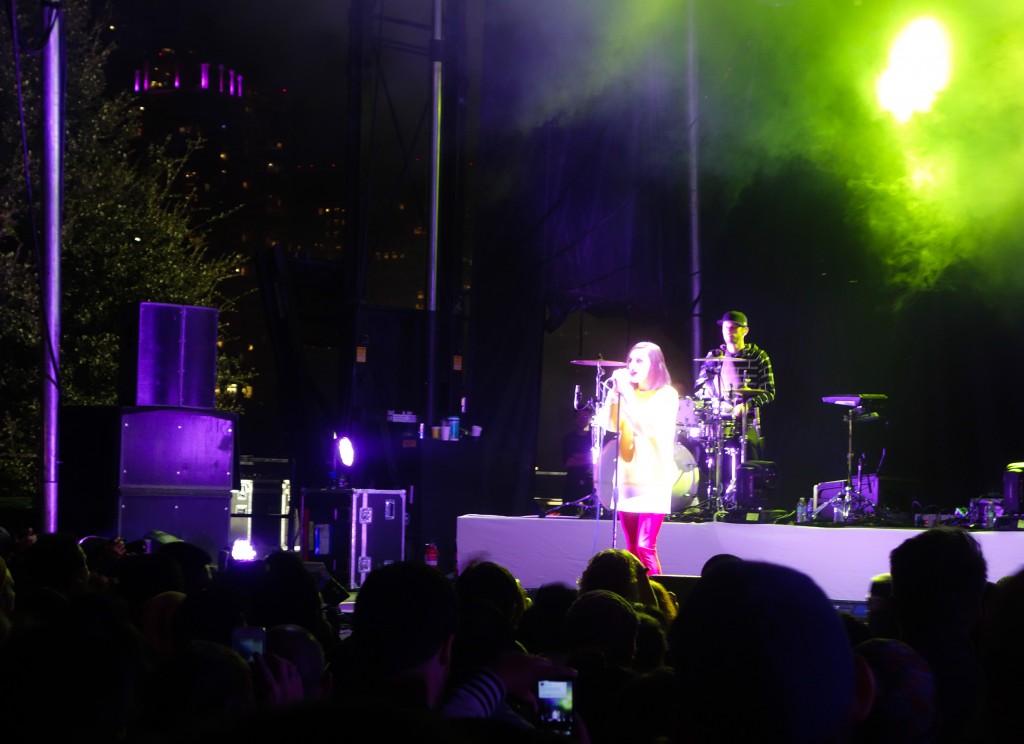 After the last band, you can usually go to town and see some other shows for free, at FFF Nites. My feet were dead and I was alone, so I went back to the hostel for a well-deserved rest.

Today, I walked around the area of the festival to listen to some of the music. I found myself wanting to go back in and itching to do a trick I’ve done before (break out the sign “French girl gives a smile for a free ticket”), but my feet cannot handle it at this point. Man, I love festivals and this one was pretty amazing! 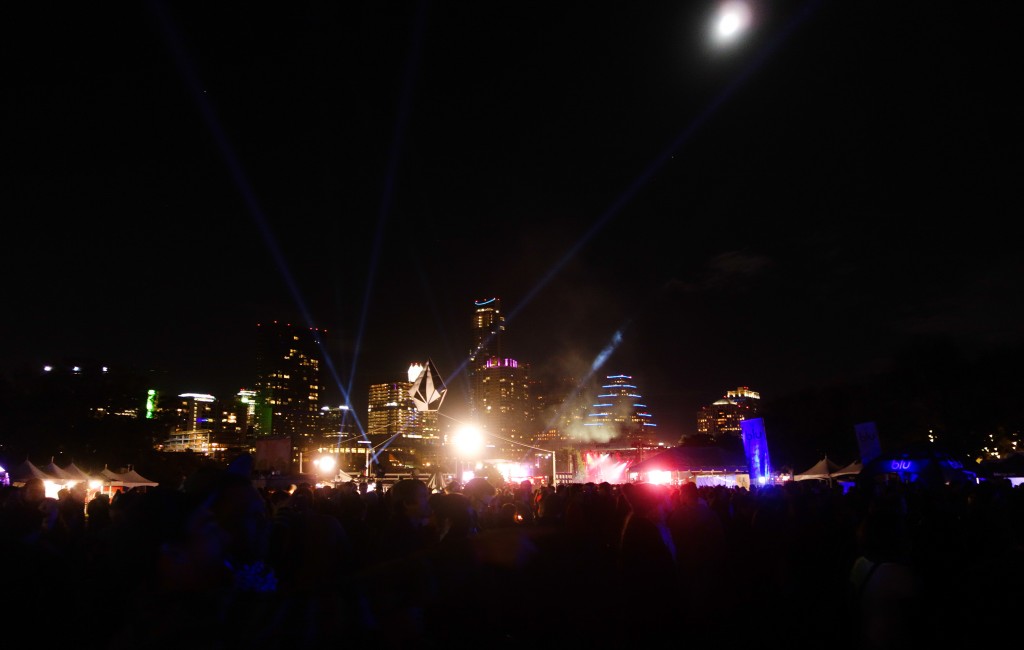 Getting Back: Day in Paris Part 4